Some recycled street banners with sunflowers, the national flower of the besieged Ukraine, went up in Aldergrove in mid-March, the unexpected result of a search through stored banners from past years.

Karen Long, a director of the Rotary Club in Aldergrove, and a past director of the Aldergrove Business Association, said while they were seeking funding for new banners, volunteers decided to go through the inventory of previously-used banners to see what was in stock and if there was something with a spring theme they could use right away. 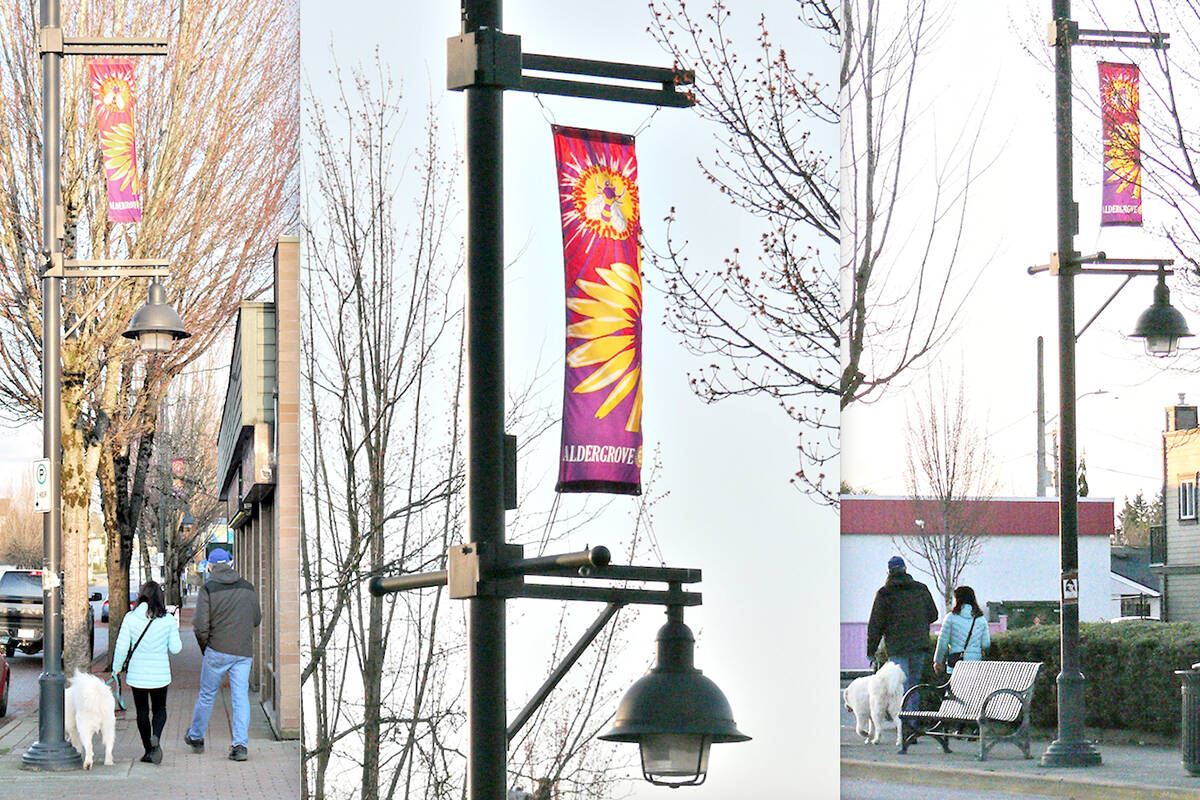 Some Aldergrove banners that show support for the Ukraine by displaying the sunflower, the national flower of the besieged country, were actually recycled from a 2011 display. (Dan Ferguson/Langley Advance Times)

They found “generic” spring banners with bees on them from 2011, then realized the banners also had sunflowers, a symbol of the Ukraine.

“It was one of those ‘wow’ moments,” Long recalled.

When new banners are made up, Long said preliminary plans call for a “my town’ theme that could include a low-cost option for groups seeking exposure on limited budgets – one that would allow them to pay for just eight banners along a portion of the main drive through town, rather than requiring them to fund a full 35 banners for all of Aldergrove.