Among the beach-goers on one of the hottest days of the summer yesterday was one of Saysutshun’s blonde raccoons.

Marian Stewart, a resident of Nanaimo’s Protection Island, and her partner had crossed over to scrape the bottom of their boat, and spotted the raccoon north of Midden Bay in the mid afternoon Wednesday, July 27.

“Mom came down with three of her babies. She was completely blonde and those are dark little babies,” Stewart said.

The genetic trait has been passed down over the years among Saysutshun’s raccoon population. Stewart said in the mid ’80s she had a huge white raccoon on her roof on Protection Island, and has seen blonde raccoons three or four times over the past 35 years.

According to a traditional story posted on Saysutshun’s official website, a cormorant, otter and raccoon conspired to steal a coho salmon at a feast, but were caught by the eagle, who started handing out punishments.

“As each one was getting in trouble, Raccoon became more and more afraid of what was going to happen to him because he had planned the whole idea and … became so afraid he turned white,” the story noted.

READ ALSO: On this island, even bandits prefer blondes 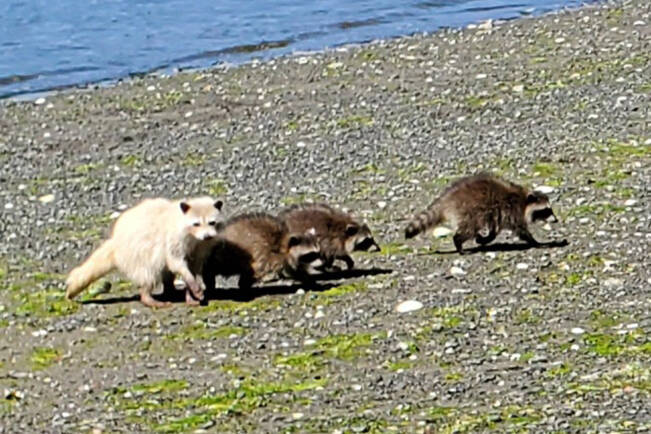 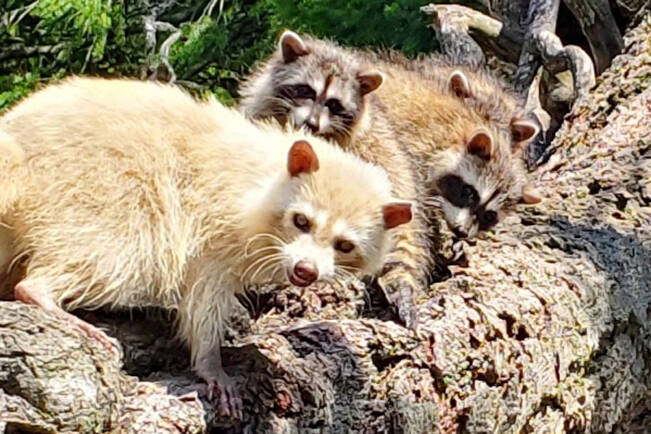