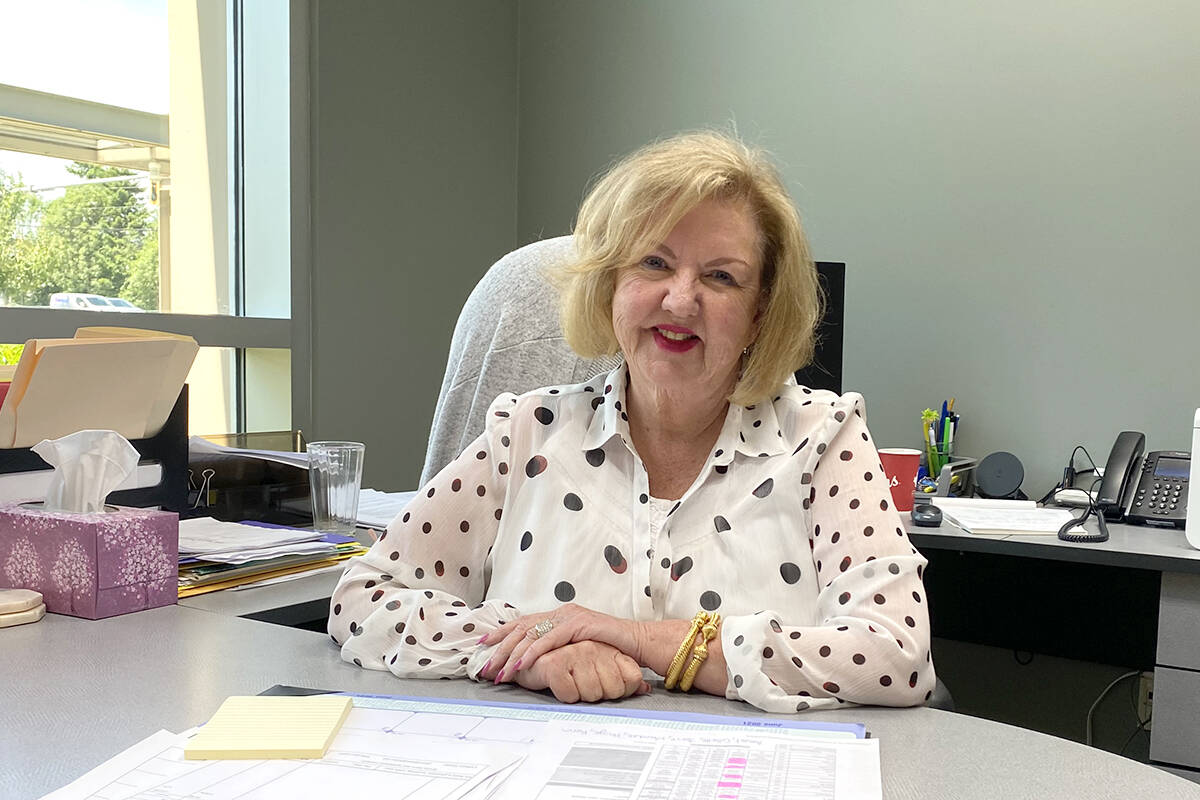 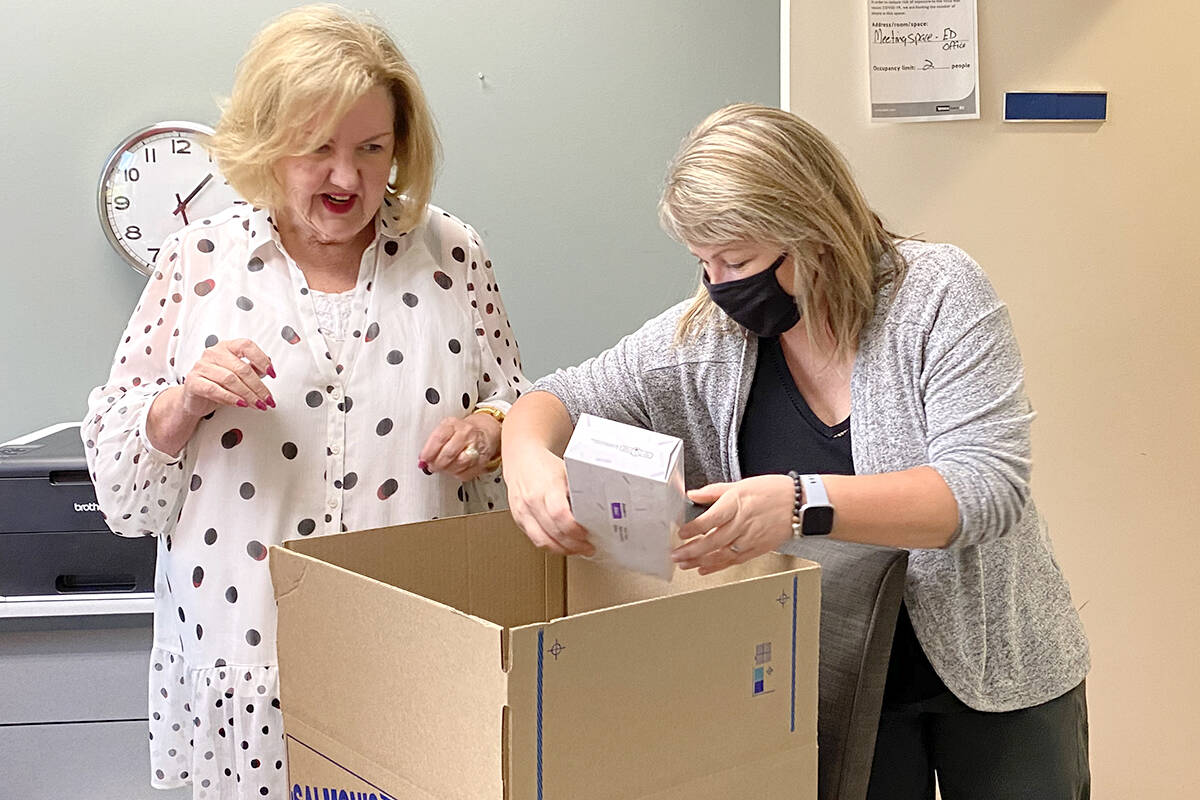 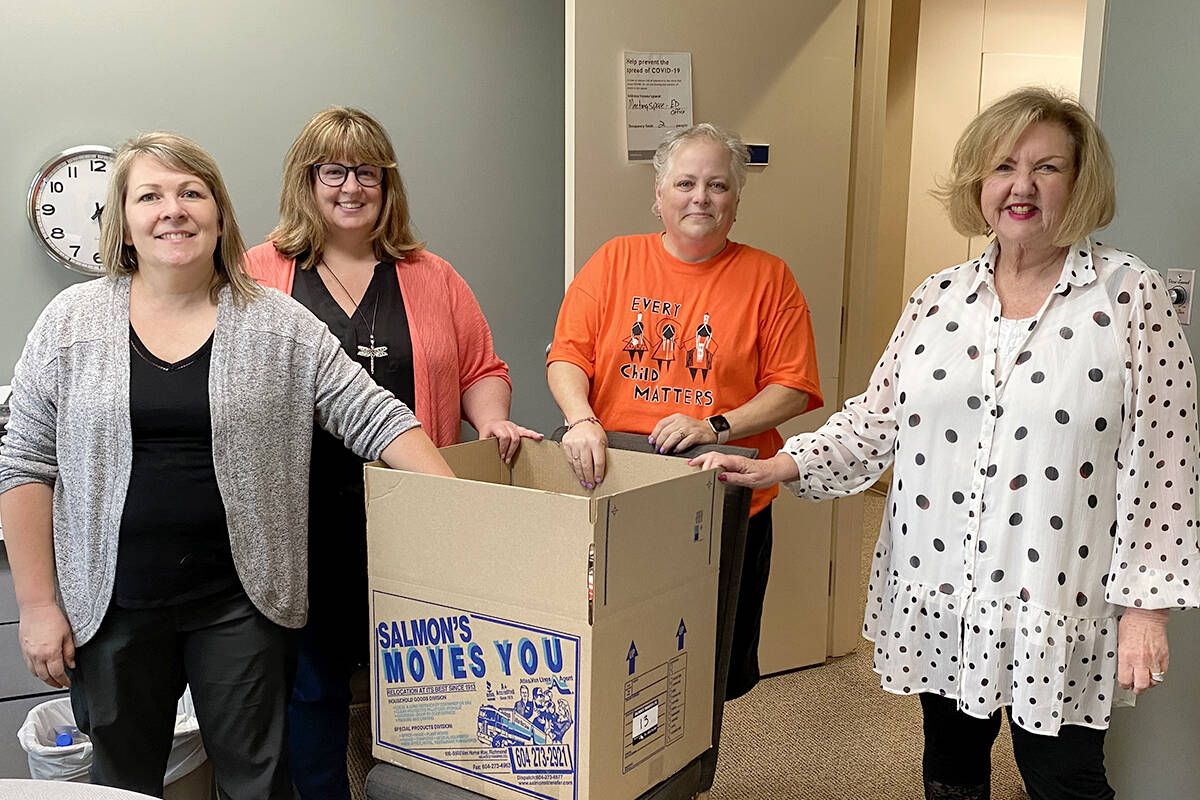 Ishtar Women’s Resource Society is the oldest transition house in British Columbia and has been providing a safe space in the Central Fraser Valley since 1973 for women facing abuse.

This year the society welcomed a new executive director, who was tasked with learning to oversee a team of nearly 50 amid COVID-safety protocols, moving the offices to a new location, all while ensuring the services the society provides remained uninterrupted.

The woman who met this challenge was Maureen Berlin.

“There’s been a lot of transition in the executive director position, so the staff were, I would say, apprehensive, I mean, like all of us are when there’s a continuous change of management,” Berlin reflected.

“It was a funny time to take over as far as like, I never got a chance to have a group meeting with all the staff,” she continued about her early days in the role.

Berlin came to Ishtar from the University of the Fraser Valley, where she worked as a consultant. Despite coming from a different professional background, Berlin has big plans for the society after the move into this new temporary location.

“It’s a lot smaller of an office, we’ve signed it (the lease) for three years,” she explained about the new administrative and counselling spaces at unit 223 20316 56th Ave.

The lease is only three years, because Berlin and the team have their eyes on something greater.

“We are very much focusing to be prepared to build our own building. It’ll be… a built for-purpose building, a multi-purpose building,” Berlin noted. “Langley is the only community that doesn’t have second-stage housing.”

So what is second stage housing and why is it important?

“When a woman is fleeing domestic violence, the first place she goes is to a transition house. So it’s kind of like an emergency shelter, where she can start to decompress and take away all that immediate stress, and it’s a safe place for her and her children, if they go there,” Berlin began to explain.

“Typically, when they were set up, the transition houses, the government had them for 30 days, and then you were supposed to look into what we call second-stage housing, which is your own apartment, but there is support within the building. So there will still be counsellors and support workers that will help you with career training, banking, you know, all that kind of – still you’re dealing with trauma, it’s not going to be over in 30 days.

“And the second-stage housing was for typically, by the government standards, 18 months to two years. Because of the housing crisis in the Lower Mainland and then because of also how domestic violence has increased, and increased even more with COVID, we can’t move anyone out after 30 days, because there’s no second-stage housing.

“And Langley is one of the only cities in the Lower Mainland that doesn’t have second-stage housing, which is really, really sad and difficult.”

Instead, Langley has been connecting with organizations in neighbouring communities that have second-stage housing, where they can send clients.

But Berlin is working to change that. The society is currently in conversation with BC Housing about acquiring a site to construct a building where all levels of the society can operate.

“So that’s one of my main focuses is to get that for us,” Berlin committed.

“So the ground level will have all the administrative offices, where we do outreach and counselling,” Berlin said about the future project.

“The next floor will be transition houses, so that’s that immediate emergency shelter for the first 30 days, and then second-stage housing will be right above it.”

Presently, the society is at full capacity. It has two transition houses, one that accommodates 10 and the other 12.

“There’s no way we can take all the women that need shelter,” Berlin said.

And it’s women from all “walks of society” who access Ishtar’s services.

“I don’t think people really realize how prevalent domestic abuse is,” Berlin observed. “The woman that is being abused, typically she feels it’s her fault, so the first part of the healing process is to teach people that they don’t deserve that. And sometimes abuse is not just physical, it’s mental abuse, being demeaned, being put down constantly.”

Additionally, COVID-19 restricted peoples’ ability to leave the house or go to work, Berlin noted, increasing the risk of violence and abuse.

“Before [a woman] might have only had to be on alert or aware of her abusive partner from when he got home from work,” she said.

It’s important, Berlin said, that those who suffer abuse reach out for help.

“The reality is, many times, this does result in death… that is the sad part of it,” she said. “Even if it doesn’t go to that extreme, if it’s taken away all your self-esteem, if your children have only seen that, they’ve never seen how a relationship is supposed to be and how it can be positive – it’s very difficult for them to grow up and live a healthy lifestyle.”

In Langley, Berlin said, women accessing resources at Ishtar have families, more so than single woman.

“I don’t know how many single women are suffering and not coming out, and how much of a motivator it is for a woman as a mother to protect her children,” she said.

But what’s motivating Berlin right now is to bring the important resources to Langley, beginning with second-stage housing.

Ishtar was started right here in Langley by two women and it the oldest transition house in the province, having started in the 1970s.

To learn more about Ishtar and to learn how to access resources visit www.ishtarsociety.org

Some results hang on just a handful of votes, as mail-ballot count continues