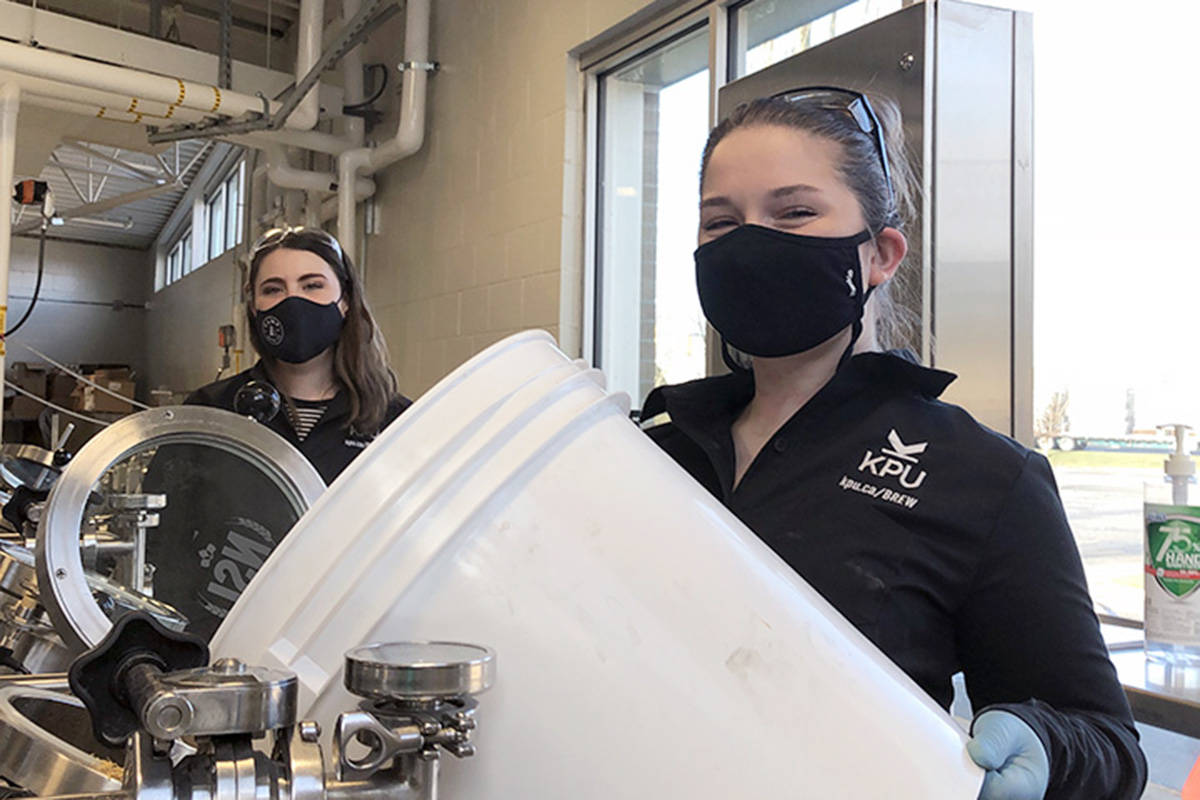 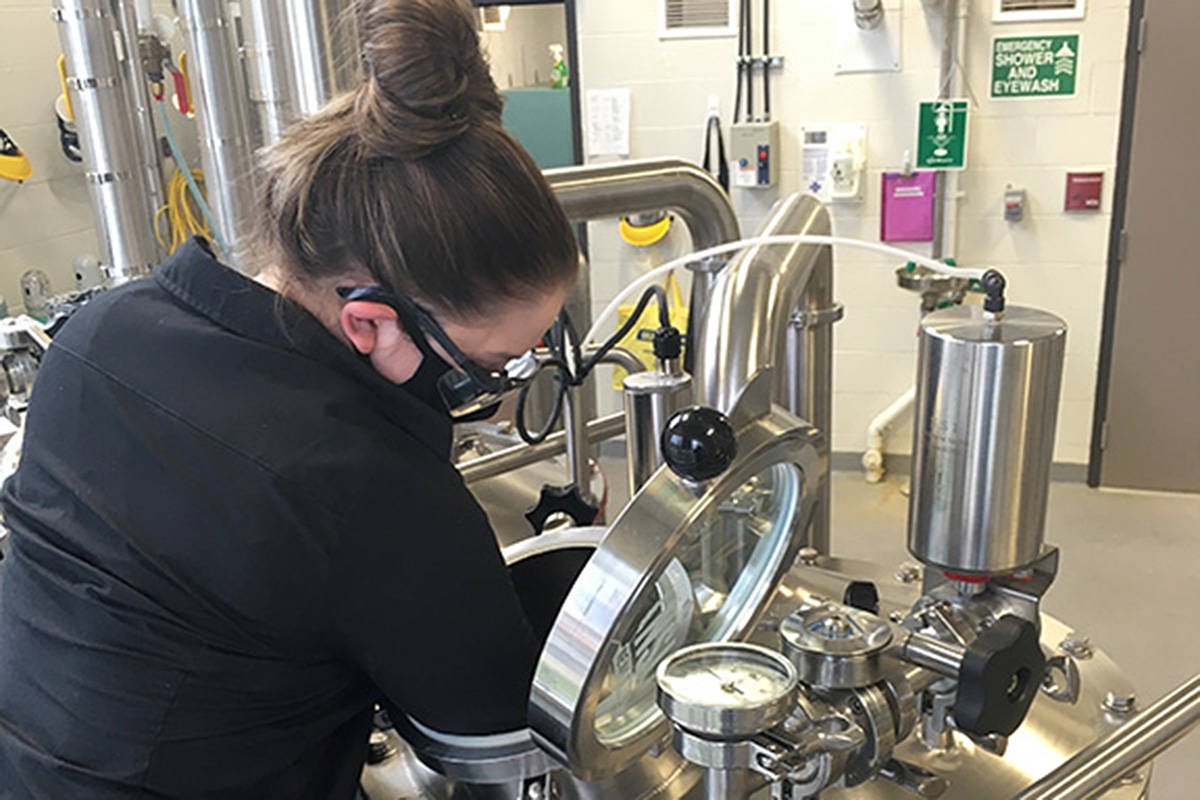 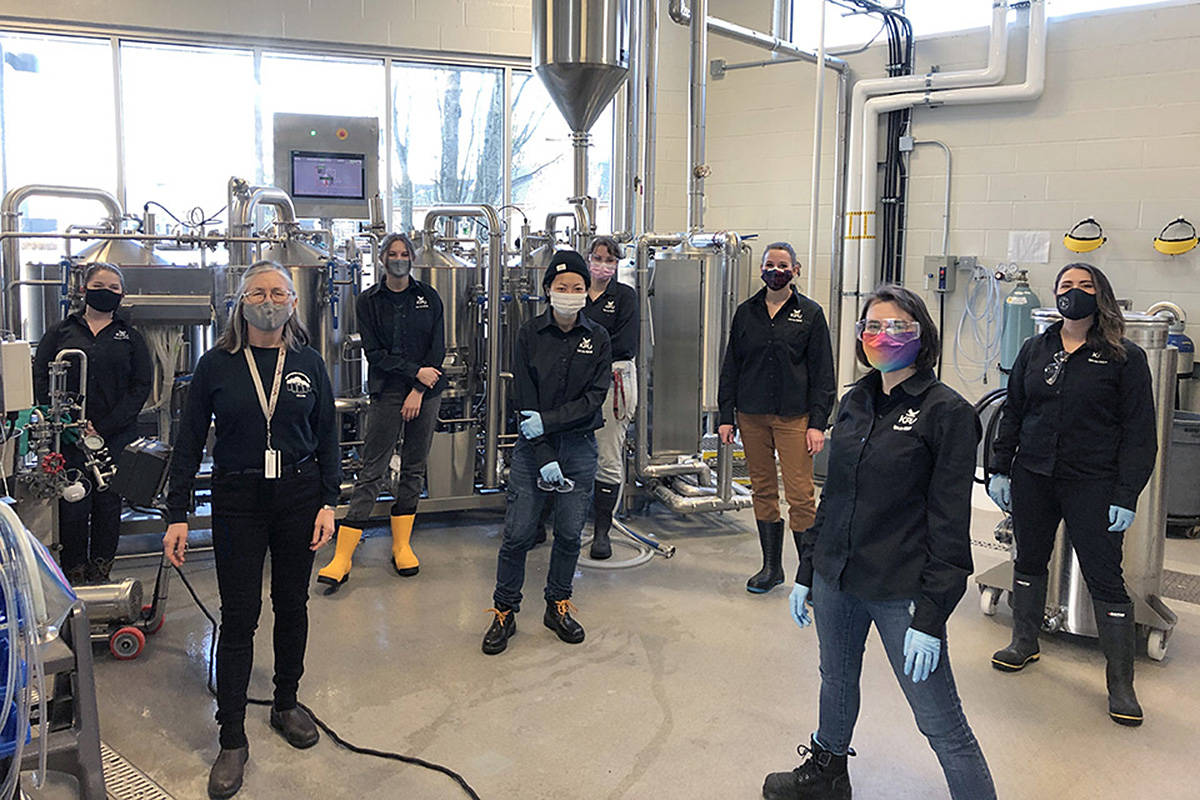 The team of KPU Langley campus staff and students who created the new brew. (KPU/Special to the Langley Advance Times) 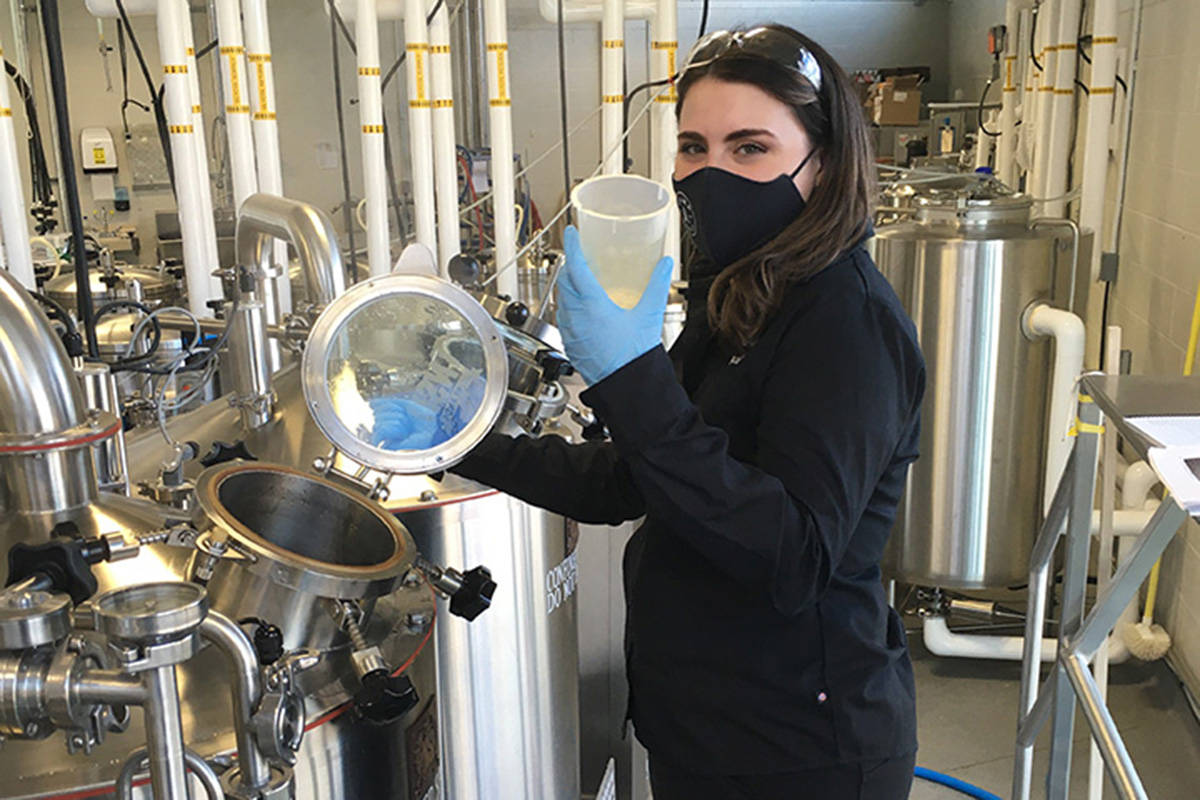 Leading up to the March 8 holiday, a team from KPU’s brewing and brewery operations diploma program joined up with Langley’s Farm Country Brewing to release a beer for a call organized by. Proceeds from sales at certain locations will benefit the Pink Boots Society.

Brewing Instructor Martina Solano Bielen and second-year student Rebecca Deil led a group of first- and second-year female KPU brewing students in creating the beer along with brewing instructor Nancy More, who was the first female brewmaster in North America.

“In an industry where women are sadly under-represented in brewing and technical roles, events like the Pink Boots Collaboration brews give women brewers an opportunity to get together, use their creative and technical skills, and build a community of women brewers,” said More. “One of the things stopping women from entering the industry is that they rarely see themselves in the brewing workplaces. These events remind them that they are welcome and do belong in the brewhouse!”

Members of the Pink Boots Society, an international non-profit organization that supports female beer professionals, develop the special blend each year at their annual meeting at the Great American Beer Festival. A variety of grains were used in the recipe to create a smooth mouthfeel, including barley, wheat, rye and triticale.

“We named our beer Roze Klompen – Flemish for pink clogs – as a reference to both the Pink Boots Society and the traditional wooden shoes worn by farmers in Belgium,” said Bielen. “It’s also a nod to Dageraad Brewing, who donated the triticale for our brew and inspired us to choose a Belgian style. We dedicate this beer to females in the brewing industry and female farmers who have cultivated the wide range of grains featured in this beer.”

A total of eight women, including instructors and students, participated in making the brew at KPU’s teaching brewery located on its Langley campus.

“For me, the most rewarding and empowering part of the brewing industry has always been the collaborative aspect,” said Deil.

“Access to this kind of opportunity is something that I truly value as a student and a brewer,” Deil said. “Co-leading this project with my instructors was very exciting and allowed me to continue to learn from Martina and Nancy while sharing my knowledge with others. Being able to strengthen connections with other women in my community and industry while creating something we are proud of is very special. Particularly with this group of women who have fresh insight, passion, and vision.”

“This collaboration between the Pink Boots Society and our students and instructors is a great opportunity to highlight women in brewing,” said Dr. Elizabeth Worobec, dean of the Faculty of Science and Horticulture at KPU. “We’re proud of our students, instructors, and alumni who have forged a path for even more women to enter the brewing industry.”

The KPU Brew Pink Boots beer will be available by the glass at Farm Country Brewing at #5-20555 56th Ave. in Langley from Monday, March 8 starting at 1 p.m. as part of the first-ever Langley Women of Craft Beer Tap Takeover.

On Friday, March 12, the KPU Brew Pink Boots beer will be available for growler fills at KPU’s Langley campus brewery from 1 to 6 p.m. at 20901 Langley Bypass.

A portion of the proceeds will be donated to the Pink Boots Canada chapter’s scholarship and education fund.

U.S. issues advice to those fully vaccinated, but no shift in Canada yet