A Langley couple who both have multiple sclerosis are being treated in Russia.

Willoughby residents Geoff and Caroline McNeill arrived at the Maximov Hospital in Moscow on Jan. 20 to undergo a procedure that uses their own stem cells in combination with high dose chemotherapy.

They are currently in an isolation ward, but are expected to return to Canada before the end of February.

Via email, Geoff told the Langley Advance Times he and his wife decided to go to Moscow after Caroline’s treatment with a “smart drug” proved ineffective and an attempt to get her into an experimental trial of stem cell therapy for MS in Canada was rejected.

“I made the ultimate decision that my country has failed my wife and I,” Geoff commented.

“What I feel is happening back home is near-criminal.”

He said Caroline now requires a wheelchair and his condition is worsening.

“[Her] quality of life is disappearing in front of my eyes and she’s only 48,” he related.

“In early 2019 I began to really lose the ability to walk, even type. The whole right side of my body began to fail. In July I fell down the stairs in my home, cutting my head open.”

Described by the Russian hospital website as Autologous Hematopoietic Stem Cell Transplantation (AHSCT), the procedure hasn’t been approved for non-experimental use by Health Canada, which has issued a warning that such procedures “have not been proven to be safe or effective.”

A Health Canada position paper states that while such therapies “may eventually prove to be safe and effective … most of these products are currently at the investigational stage of development with an on-going need to gather supporting scientific evidence.”

Health authorities in England and Scotland have approved the treatment for MS patients who continue to have relapses and show MS activity on MRI scans despite taking the most effective disease modifying drugs.

AHSCT is also offered by clinics in Mexico and India.

Clinical trials are underway in several countries, including Canada, the U.S., Denmark, Netherlands, Norway and Sweden.

To pay for the trip to the Moscow hospital, the MacNeills sold their Walnut Grove home and downsized.

So far, Geoff estimates they have spent about $150,000 Canadian, and that amount will rise with follow-up treatments and therapy.

“This treatment is not an easy one, but we are more than hopeful it is the right one, the final solution,” Geoff said.

“We still have a hard road to cover, we need rehabilitation to repair the years of damage to our central nervous system,” he added. “But we will be doing it together, just like we are going to fight for this treatment to be offered to all Canadians with MS.”

Caroline had the procedure in the U.S, while Geoff took part in a trial by the University of British Columbia and Vancouver Coastal Health authority.

Both reported improvements, but the UBC trial declared there was no difference in results between people who had the procedure and those who underwent a sham, or placebo operation.

According to the MS society of Canada, the country has one of the highest rates of the disease in the world, with an estimated 77,000 Canadians affected.

It is classified as an autoimmune disease of the central nervous system (brain, spinal cord, and optic nerves) that attacks myelin, the protective covering of the nerves, causing inflammation and often damaging the myelin.

If damage is substantial, and if scar tissue replaces the myelin, nerve impulses can be completely disrupted, and the nerve fibres themselves can be damaged.

McNeill is also campaigning to have the Walnut Grove skate park named after Carson Crimeni, the Langley teen who died of a suspected overdose on Aug. 7.

McNeill said his discussions with the Township “have been met with positive vocal support [and] promises it will be addressed,” but no action has been taken so far.

“The only follow-up I’ve had back from anyone in at the Township is a single phone call to ask if I had anything to do with a Halloween memorial display that again popped up spontaneously for Carson at the skate park. I wish I could have answered yes.” 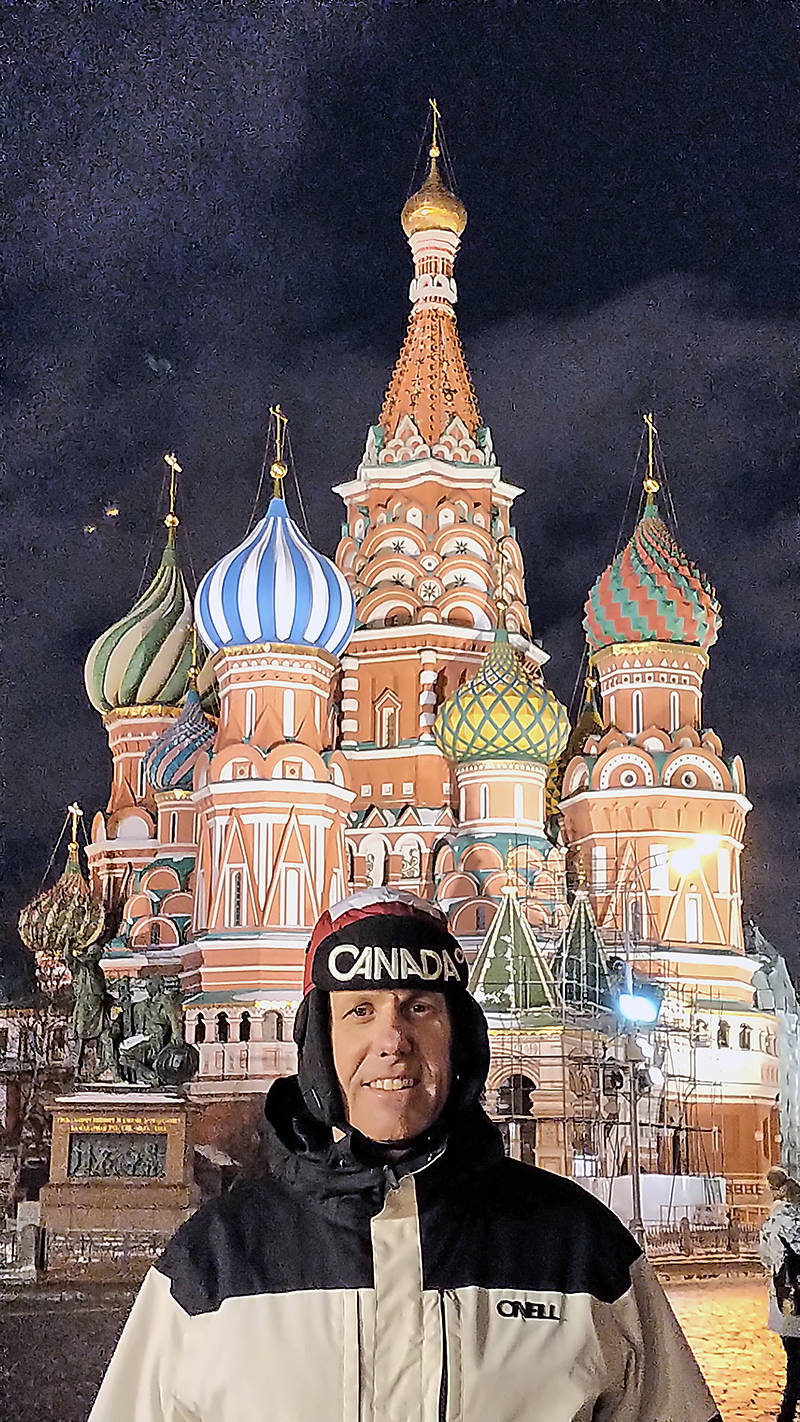 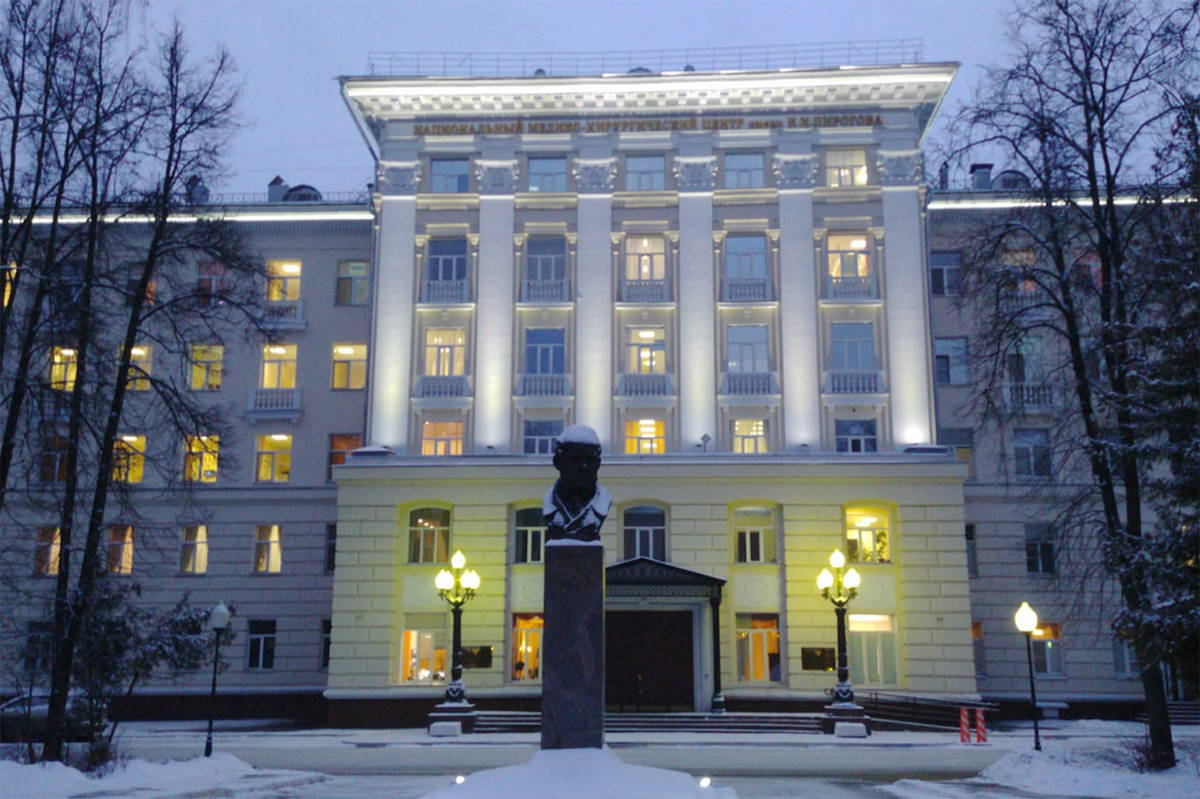 Langley couple Geoff and Caroline McNeill arrived at the Maximov Hospital in Moscow hospital on Jan. 20 for an MS therapy that used their own stem cells in combination with high dose chemotherapy to treat their MS (Caroline McNeill/special to Langley Advance Times)

Break-and-enter crimes on the decline in Aldergrove: Langley RCMP

WEATHER: A break from the wet weather expected in Langley