The B.C. government has expressed its worry about the world’s largest hornet, dubbed the “murder hornet” by some, invading Langley along Zero Avenue.

The invasive species was sighted for the first time in the U.S. last December. The Department of Agriculture verified two reports near Blaine, Wash., close to the Canadian border.

As such, Aldergrove residents have been asked to keep an eye out for hornets this summer, as the foreign species is said to pose a threat to local honeybees – which pollinate local crops and wild plants.

MORE: ‘Murder hornets’ with stings that can kill, land in Washington State

This is the farthest east that the hornets have been found in B.C., the apiarist said.

“This insect has spread farther than anticipated,” said Westendorp, expecting more reports of sightings in Langley in the next few months as nests become larger and more apparent.

Aldergrove beekeeper Bryn Jones, of Honey Haven at 26214 26 Ave., said the beekeeping community has its eye out for the invasive hornet.

“The worrying part is that it was seen in South Langley,” Jones said, mentioning another threat to bee colonies in the area – the small hive beetle, which also migrated from across the U.S. border.

Though the hornets are known to deliver painful stings – with nearly seven times the amount of venom as a honey bee – through most beekeeper suits.

“They’re bugs to be concerned about,” said Jones, a beekeeper of nearly 30 years.

Apiarist, Westendorp, said he knows beekeepers as “highly innovative,” likely to develop screens or other physical barriers to help prevent the giant hornets from gaining entry to hives they look after.

Jones, who looks after dozens of honeybee colonies in Metro Vancouver – said beekeepers use screens to keep a “chubby queen bee” from entering the upper levels of a manufactured hive, and eating too much honey.

“Something similar might be a good idea to keep out the hornets” from the hive, Jones said, noting that the Asian species is much bigger than a queen bee. 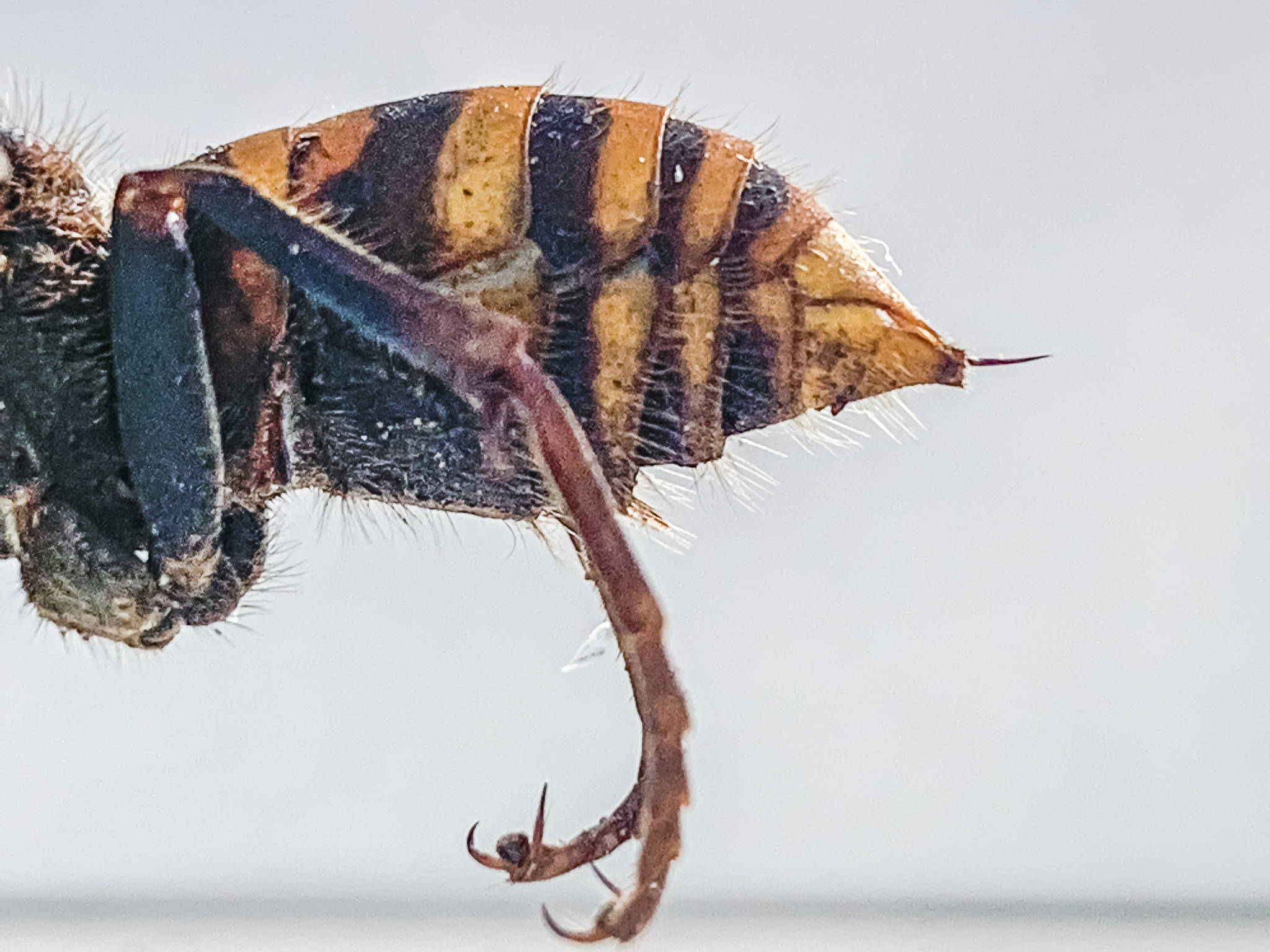 The giant Asian hornet is the world’s largest hornet, a 2-inch long killer with an appetite for honey bees. Dubbed the “Murder Hornet” by some, the insect has a sting that could be fatal to some humans. (Quinlyn Baine/Washington State Department of Agriculture)