A quick but intense snowfall left Langley residents digging out again on the morning of Friday, Dec. 30.

Snow began falling overnight, with Environment Canada issuing a snowfall warning, saying that up to 15 centimeters (six inches) could fall across Metro Vancouver and the Fraser Valley.

Langley saw more than was expected. In Langley City, there was about 18 centimetres (seven inches) of light new snow.

Residents and merchants were again shovelling sidewalks and digging out their cars.

Glenn, a longtime salesman at McLeary’s Furniture in Langley City said at least the snow was light and easy to shovel, as he cleared the sidewalk in front of the store.

Emergency services were busy, with several car accidents reported as people spun out on the snowy roads.

“Response times are much slower than usual and we are asking people to stay at home and keep the roads clear if they don’t need to go anywhere,” said Langley Township assistant fire chief Andy Hewitson. “We have received a large number of phone calls for broken water pipes.”

As far as emergencies, Hewitson said there have been some medical calls for firefighter assistance, but as of about 9:30 a.m. no fires so far.

“We just highly recommend that people stay at home if they don’t need to go anywhere,” he added.

City and Township crews were out plowing snow and putting salt or brine on roads, but in the Township, rural and residential roads could be waiting a while.

The Township clears roads on a three-tiered schedule, with major roads like 200th Street, Fraser Highway, and 16th Avenue cleared first, followed by secondary roads, and then lowest priority routes. Those routes usually only get cleared if snow depth exceeds 25 centimetres (10 inches). 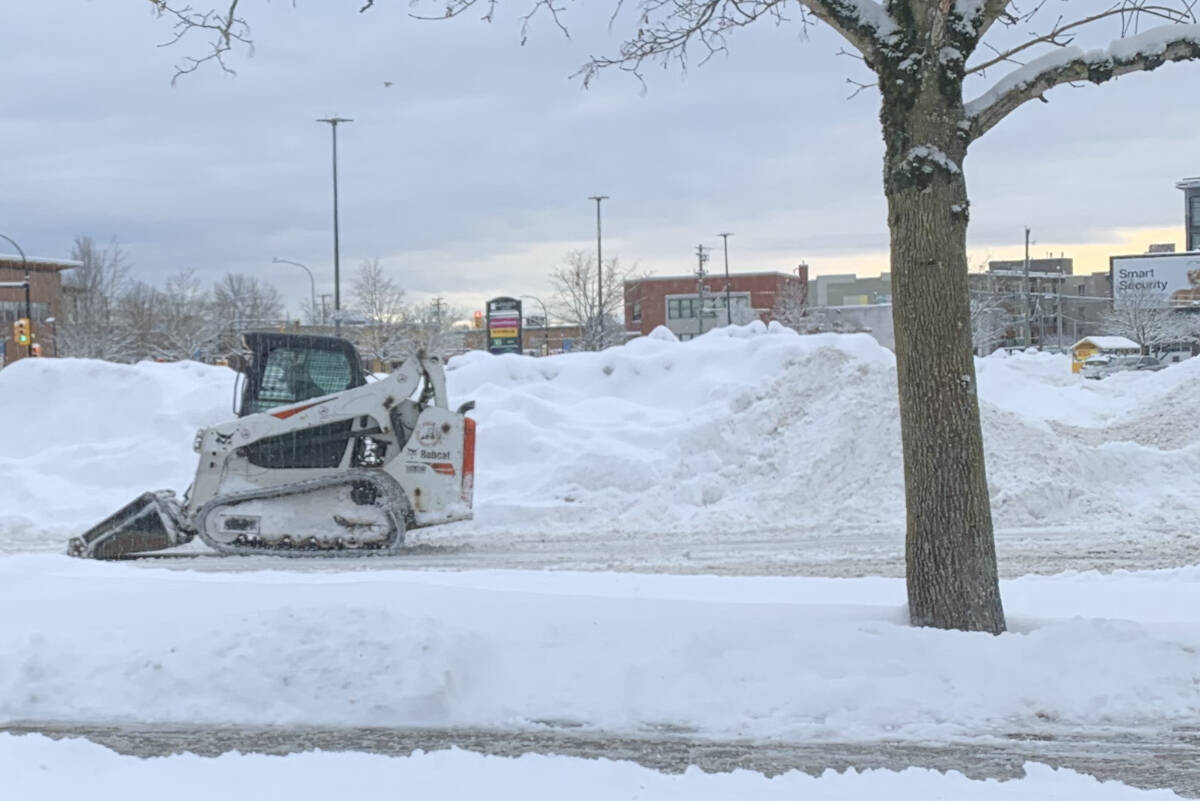