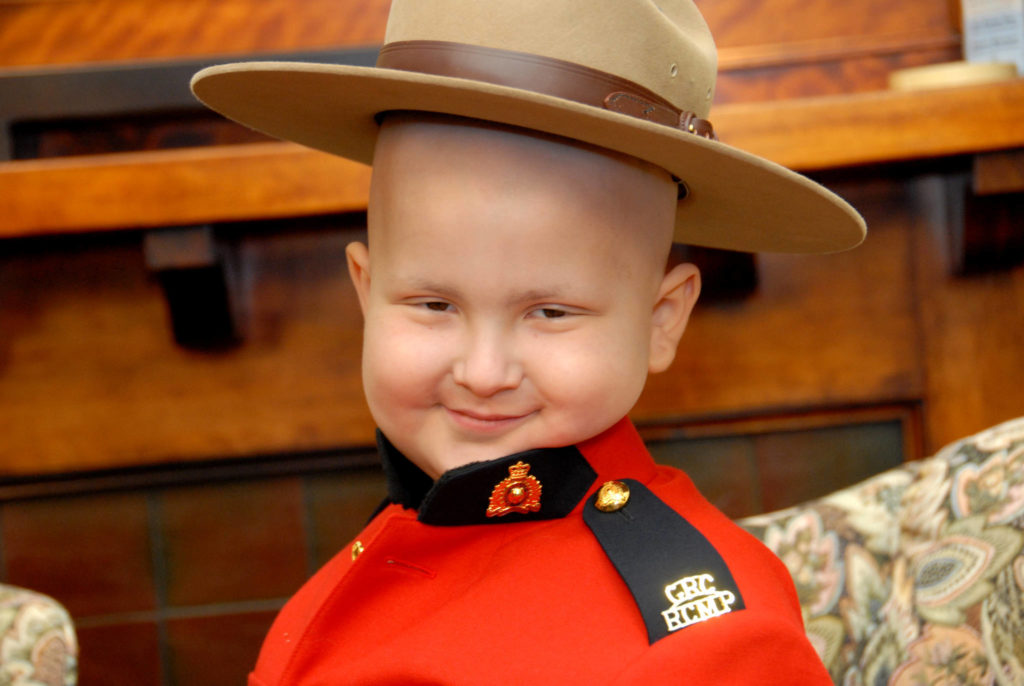 Keian Blundell was made an honourary RCMP constable at Canuck Place. (Ryan Blundell/Special to the Langley Advance Times)

A young Langley boy was discharged from BC Children’s Hospital just in time to be at home on Christmas Day 2012 to open gifts with his family. Instead he returned to the hospital with a wagon full of gifts for all the kids who couldn’t go home.

“It really showed how much older he was. He had an old soul,” said his dad, Ryan.

Now, in memory of six-year-old Keian Blundell, his family runs an annual toy drive benefiting BC Children’s Hospital and Canuck Place, alongside a bottle drive to support families whose children are receiving treatment.

Keian was diagnosed with t-cell acute lymphoblastic leukaemia in January 2012 and was admitted to BC Children’s Hospital for treatment. Although, Keian was discharged from the hospital ahead of Christmas Day that year, he came back wearing a Santa hat to hand deliver 16 toys to all the kids on the ward, Ryan Blundell, Keian’s father, told the Langley Advance Times.

Keian was able to return with a wagon full of Christmas cheer in 2013, but passed away in January 2014. His family has continued to run a holiday toy drive in his honour.

“He understood what was important,” Ryan said. “He still was a child at heart, but he also knew that… he was lucky to still have some resemblance of a normal life.”

The family will be hosting their annual Team Keian Bottle Drive on Nov. 16 at the Real Canadian Superstore parking lot at 19851 Willowbrook Dr. in Langley.

“We wanted to do it, because we had benefited from somebody doing a bottle drive to help raise money for us… we wanted to make sure that the families had support… just to give that bit of relief, albeit temporary, so they can focus on the most important thing which is family,” said Ryan.

The family started the bottle drive in the fall of 2014. Ryan estimates the recycling campaign has raised about $10,000.

In addition to collecting recyclable at the bottle drive this month, the family will also be accepting cash donations. Those who are unable to make it to the grocery chain can take their recyclables to the Langley Bottle Depot at 20137 Industrial Ave. and apply the donations to the account Team Keian.

READ MORE: Fraser Valley gets a jump on the holiday season

“We have an idea what families go through when it comes to this and this makes an impact on them so they don’t have to worry about where [their] food is going to come from next,” said Ryan.

In addition to the bottle drive, Keian’s Holiday Wish Toy Drive is happening now until Dec. 13.

Donated toys must be unwrapped so they can be sorted and gifted to children with their age in mind, according to Ryan. He also suggested the public donate gift cards.

“We want to help spread his love, share his story and inspire others,” said Ryan about carrying out Keian’s legacy. 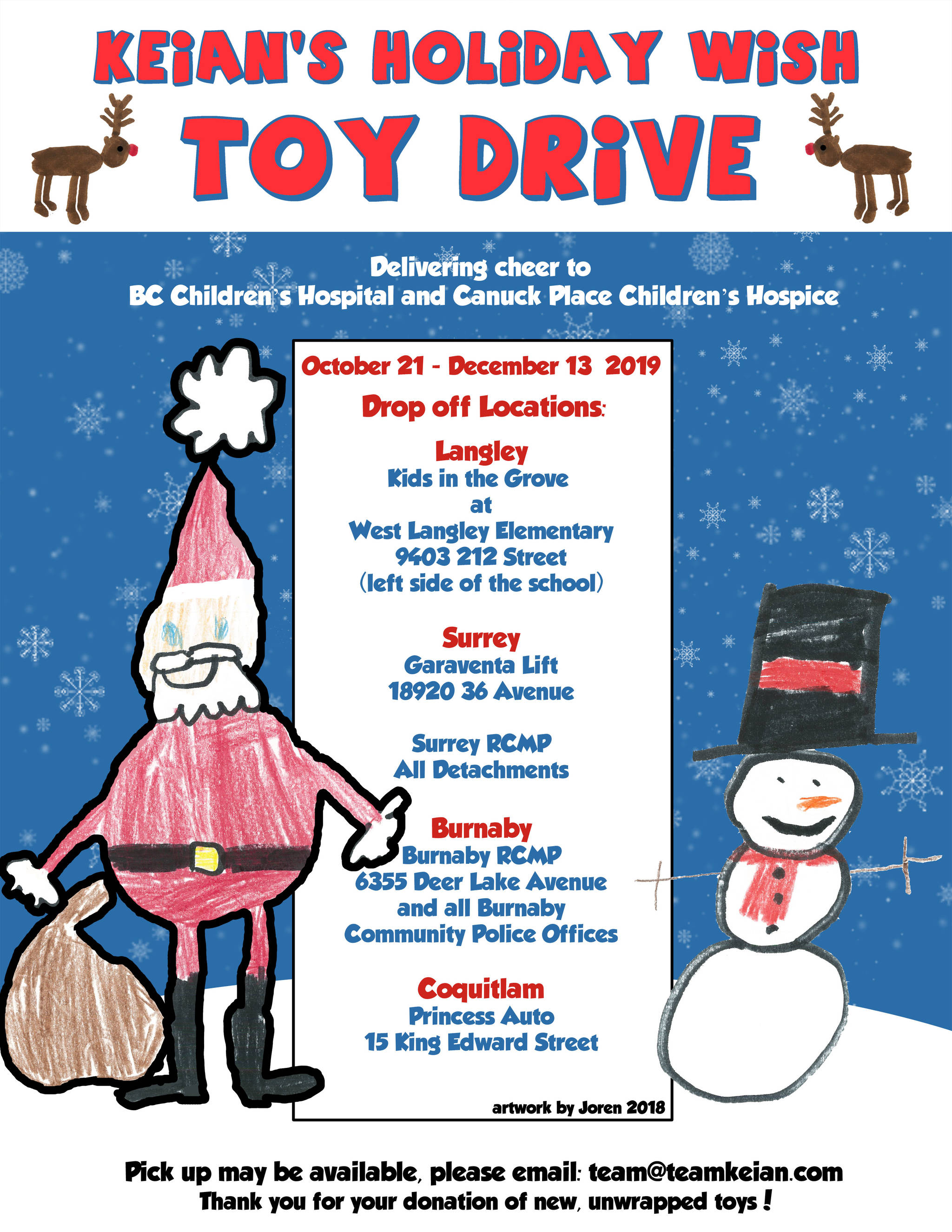 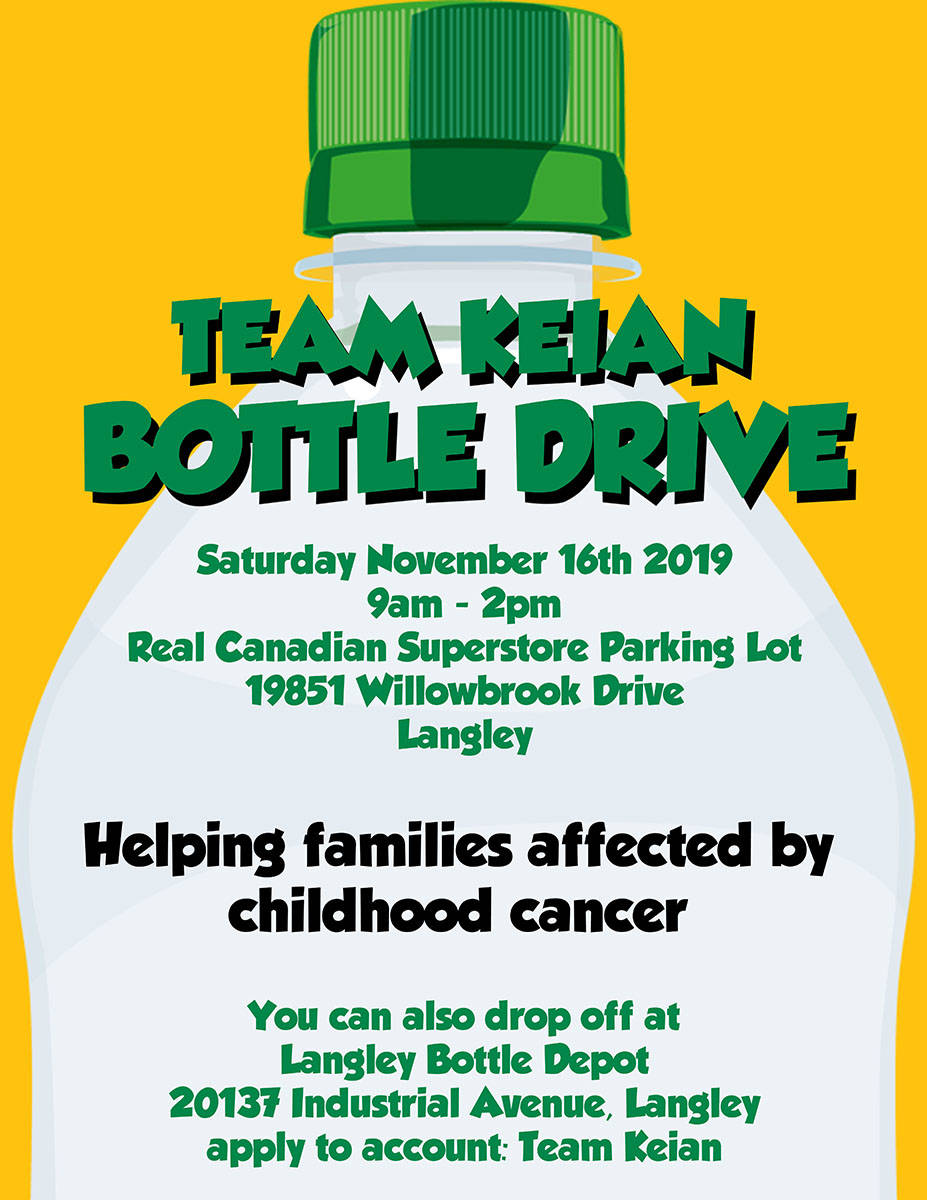 Cannabis could help those struggling with PTSD, B.C. study finds