Langley Mounties are looking for help tracking down a number of suspects caught on video.

• A woman allegedly used a stolen debit card at a 7-Eleven and a Shell station on August 21. More than $150 was removed from the victim’s bank account.

• A woman allegedly shoplifted several items from an Esso gas station in the 6000 block of Glover Road on Oct. 7. The suspect is described as Caucasian, in her mid-30s.

• A man caught on camera allegedly stole from a Shoppers Drug Mart in Murrayville on Oct. 19. He is Caucasian, approximately 30 years old, and was wearing a dark grey or black winter coat.

• On Nov. 28 a man is alleged to have used a stolen Visa card to buy items at various Langley stores, adding up to more than $400.

• Two rings were stolen during a break and enter in Aldergrove on Nov. 30. The rings are 14 karat yellow gold with a diamond and a six claw white gold setting.

• A man in a black baseball cap, a black jacket, and sunglasses allegedly stole a GoPro camera from London Drugs on Dec. 6, police say. 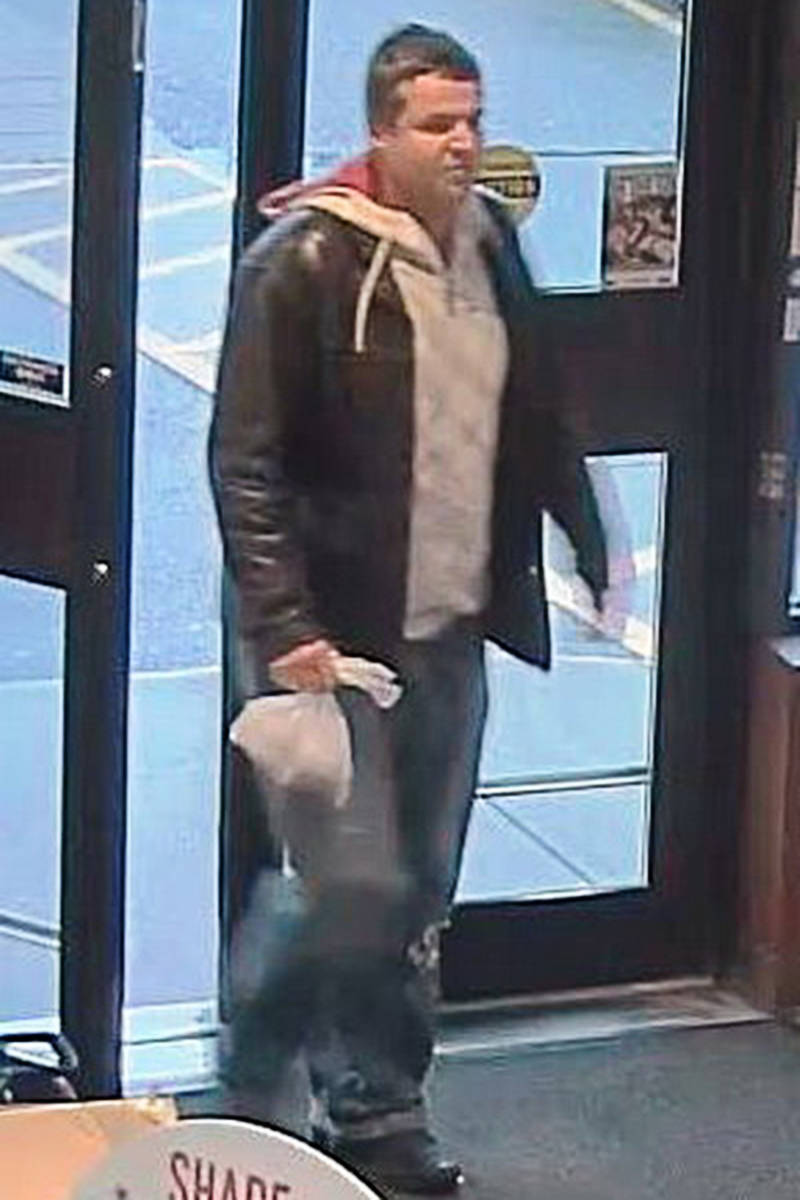 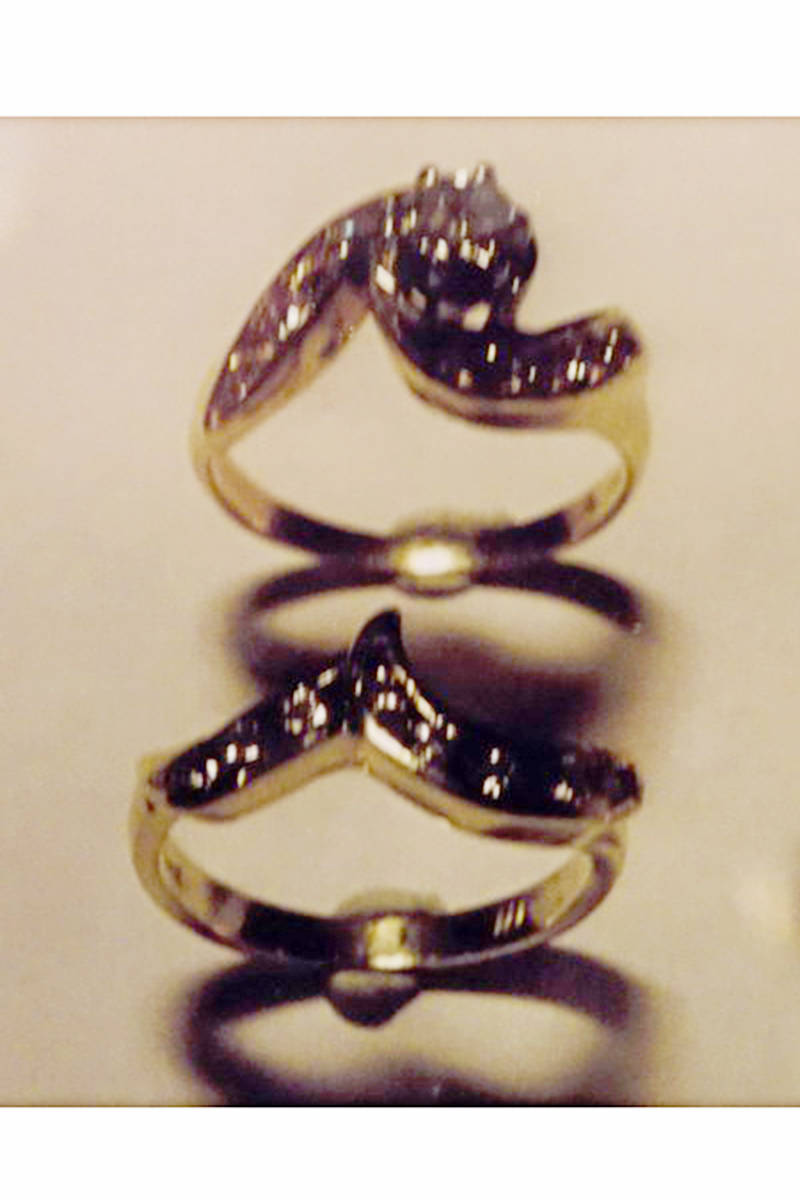 These rings were taken in an Aldergrove break in. 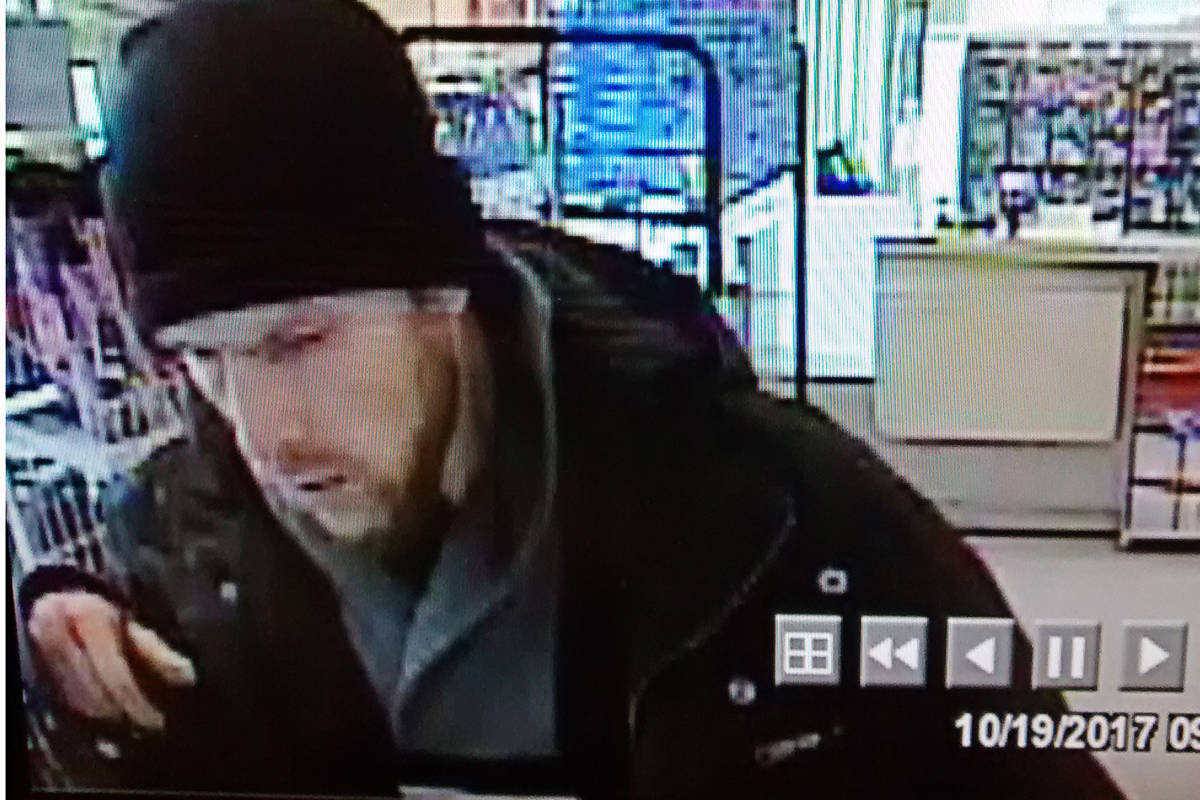 This man allegedly stole from a Shoppers Drug Mart. 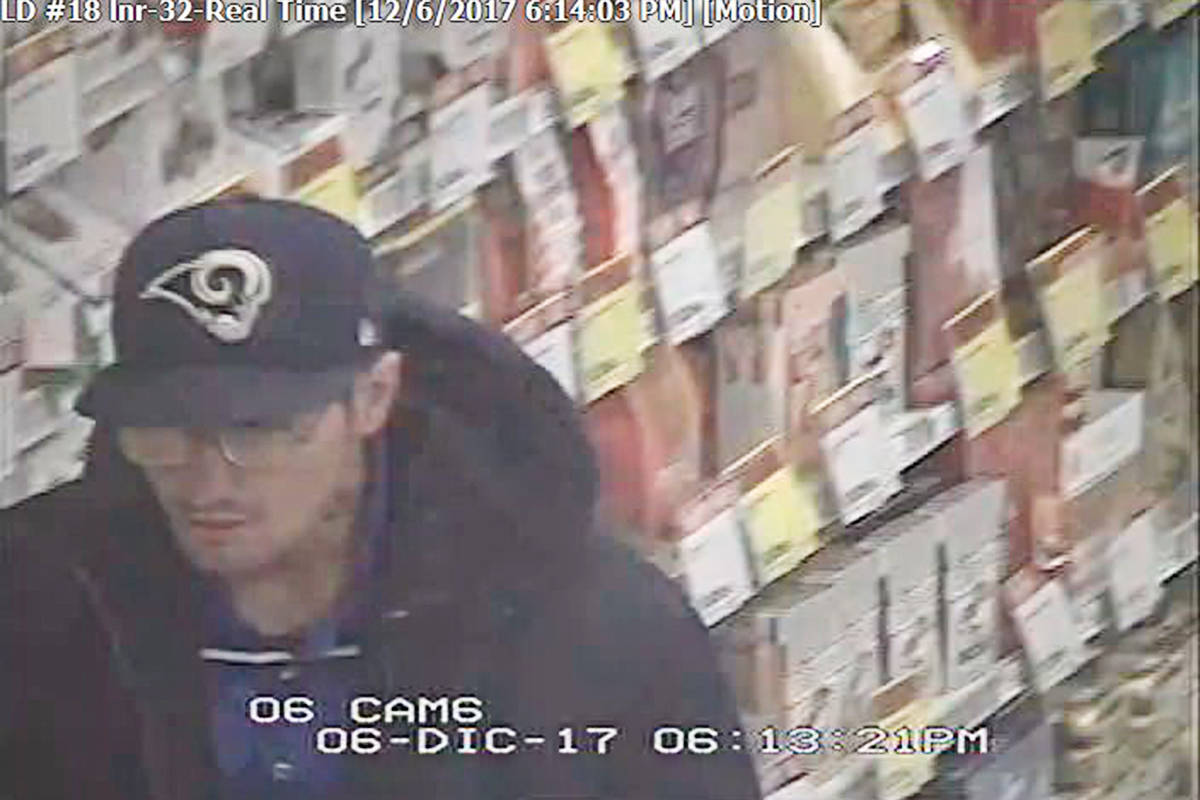 This man is a suspect in the theft of a GoPro camera. 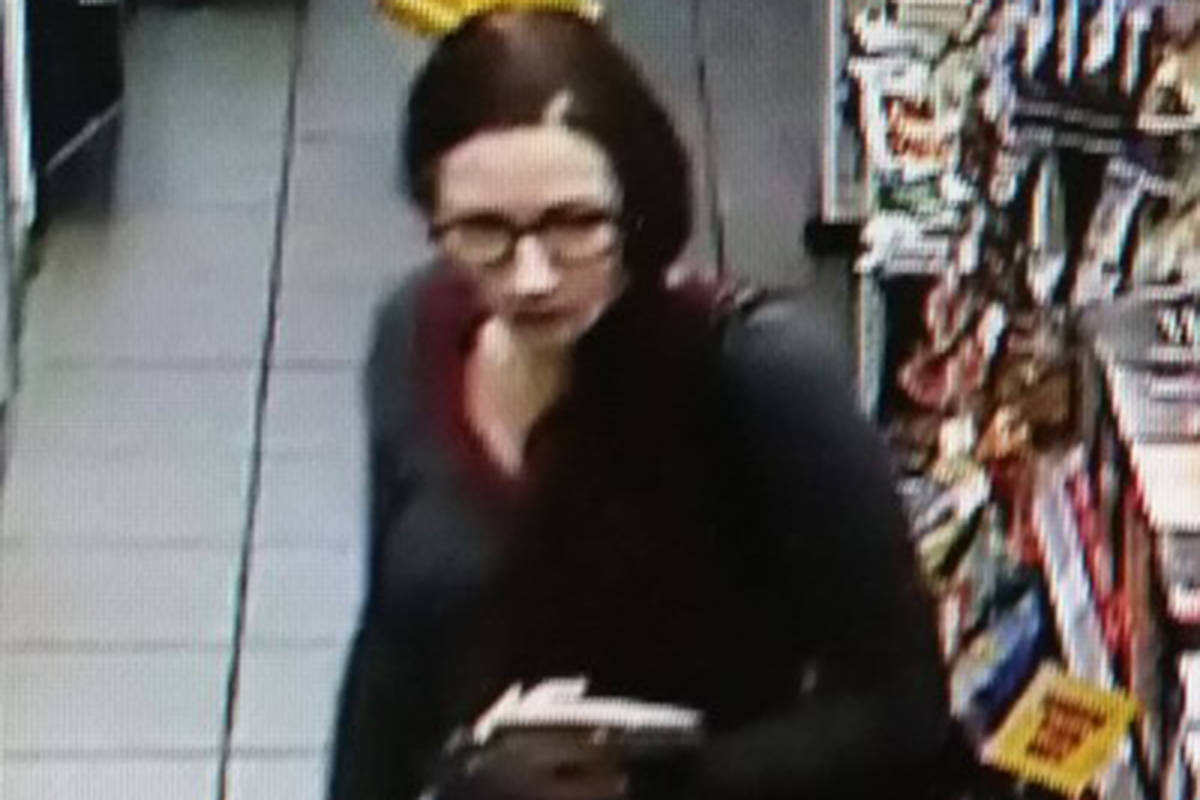 This woman is allegedly linked to shoplifting at an Esso station.