Every year, the Langley Relay for Life asks people to come together to celebrate, and also to mourn and remember.

This year’s Relay, to be held June 9 from 6 p.m. to midnight at McLeod Athletic Park, will feature party games, sports, music, and food.

The event will also feature a speech by a local cancer survivor, and the luminary ceremony in which the lights are dimmed and candles line the track in memory of people lost to cancer.

Every year, the Canadian Cancer Society organizes Relays for Life across the province as fundraisers. Money will go towards cancer research, patient support, and projects like Camp Goodtimes, a summer camp for kids who are in or have been through cancer treatment.

Jennifer Schroeder of the Canadian Cancer Society said this year’s theme is Canada 150, coming less than a month before the big birthday bash for the country.

Expect to see many of the teams decked out in maple leaves and red-and-white outfits as they take turns going around the track for six hours.

“They’re very excited about the 150 theme,” Schroeder said of the teams.

Relay is often a celebration because it’s a time to blow off steam after a lot of hard work. Teams donate money beforehand or turn up with cheques from car washes, garage sales, pub nights, and a host of other fundraisers that have been run through the year.

Donations are still coming in, and teams are competing to see who will collect the most by Relay night.

There will be plenty to keep them entertained as they turn up to take their laps around the track.

The Amazing Darren, aka Brookswood Secondary teacher Darren Ng, will be the MC for the evening’s festivities, Schroeder said.

Vancouver PartyWorks will have their Criss Cross Collision course, which will involve human-sized inflatable hamster balls.

There will be a baseball speed pitch station, and the Vancouver Stealth Shoot with Langley Thunder players helping out.

The Joseph Richards Group will be catering the food for the cancer survivors attending, and for everyone else, there will be food trucks, including one with poutine.

The White Spot Pipe Band will play during the luminaries ceremony.

“It is a volunteer-run event,” said Schroeder. “We need lots of volunteers through the night.” 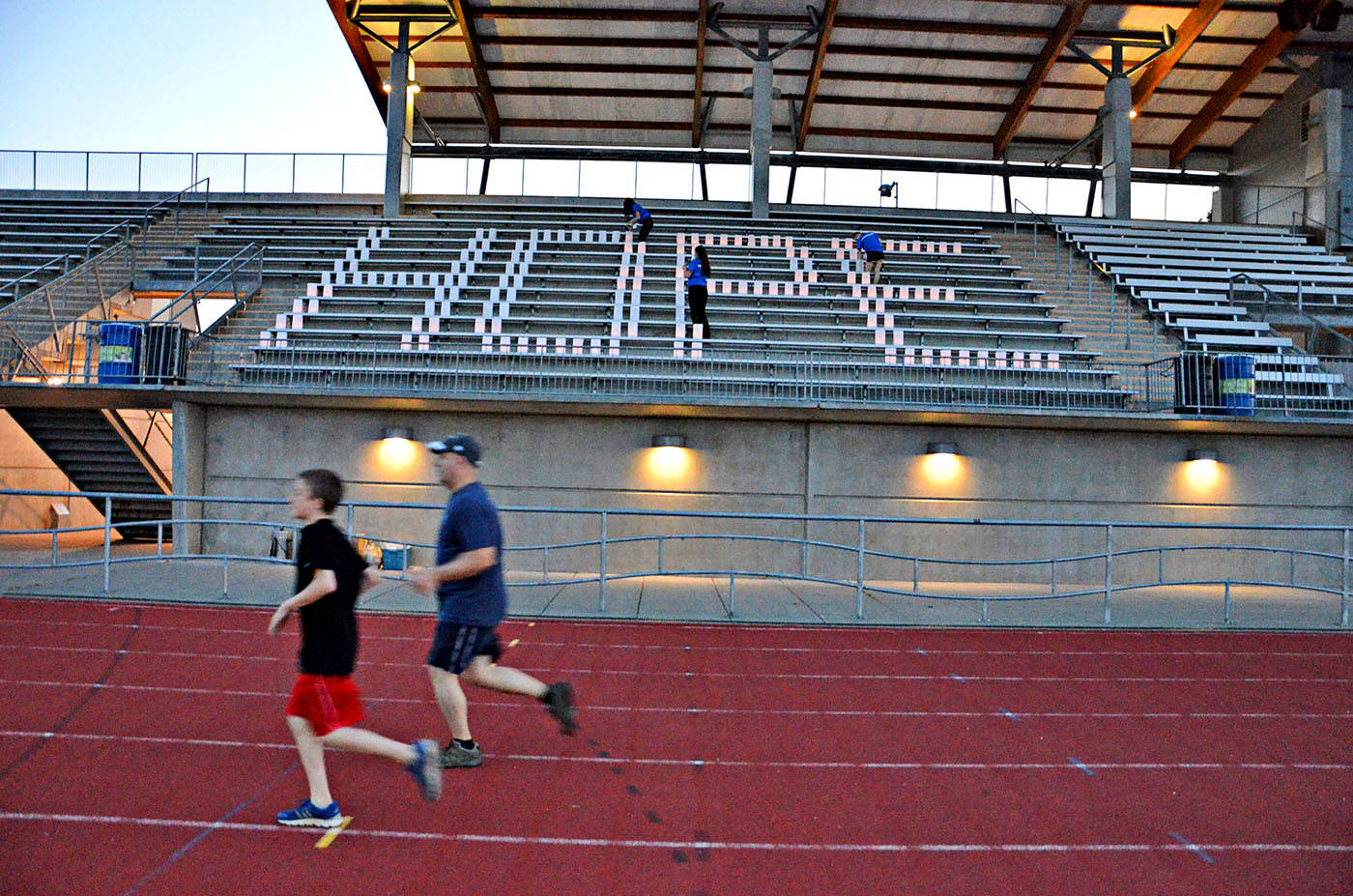 Final report to be released into sinking of Leviathan II