A massive proposal to build a 20-storey tower of senior’s housing in Willoughby has passed first and second reading.

On Jan. 15, Township council voted 8-1 in favour of moving forward with the high density project titled Oasis, which is the first of seven buildings proposed near the Langley Events Centre at 7743 and 7787 200 St.

The proponent, Care Pacific (Maple Gardens), has applied on behalf of Element Lifestyle Retirement to build 196 units for people at different stages of life.

One of the pre-requisites required by the Township is to limit occupancy of the building to adults aged 55 and older, or to those requiring supportive care, such as hospice and palliative care.

According to a Township staff report, the applicant has based the project on “the concept of ‘aging in place’ and has great potential to becomes a vibrant, inter-generational community, enlivened by its mix of residential and pedestrian oriented commercial uses and defined by its relationship to the natural amenity of Latimer Creek, adjacent greenways and extensive open space program. The residence + care program at Oasis offers a diversity of living options to accommodate all life stages.”

The property currently houses Maples Discovery Gardens Co-op, and the applicant is working to incorporate the gardens “on a modified footprint as part of the one site amenity for the overall development,” the report states.

There is also a green roof, community garden and outdoor amenity area to be provided on the roof of the fifth floor.

The project as a whole will have buildings ranging from four to 20 storeys that offer residential and adult-oriented housing, residential care, retail commercial and an “extensive open space program.” There will be approximately 970 units built.

Coun. Kim Richter, who voted against the proposal, cited concerns with affordable housing for seniors. She motioned to make a new requirement that 20 per cent of the units be priced below market value for affordability — an amendment that subsequently failed with only Richter and Coun. Petrina Arnason in favour.

Coun. Angie Quaale took issue with Richter’s 20 per cent figure that seemed to come “out of nowhere,” while Councillors Bob Long, Michelle Sparrow, and Mayor Froese said they would like to hear from the public first before making any swooping changes.

Coun. Charlie Fox noted that this particular project, located in the Jericho Sub-Neighbourhood, has been 10 years in the making. He said adding a requirement for below market units would only create another roadblock in what’s already been a very long process.

“We’d kill it and wait another 10 years for something else to come,” Fox said.

Arnason said she supported the amendment as the applicant is requesting a number of variances, including on parking, and because of that, it would make sense to see if the developer would consider any percentage of affordable housing for seniors.

Richter commented that in the 10 years it has taken for the proposal to come together, the number of homeless seniors in the community has grown considerably.

She said it’s “short sighted” to send the proposal to public hearing, as council should send the message about affordable housing to the developer in the beginning stage, at first and second reading. 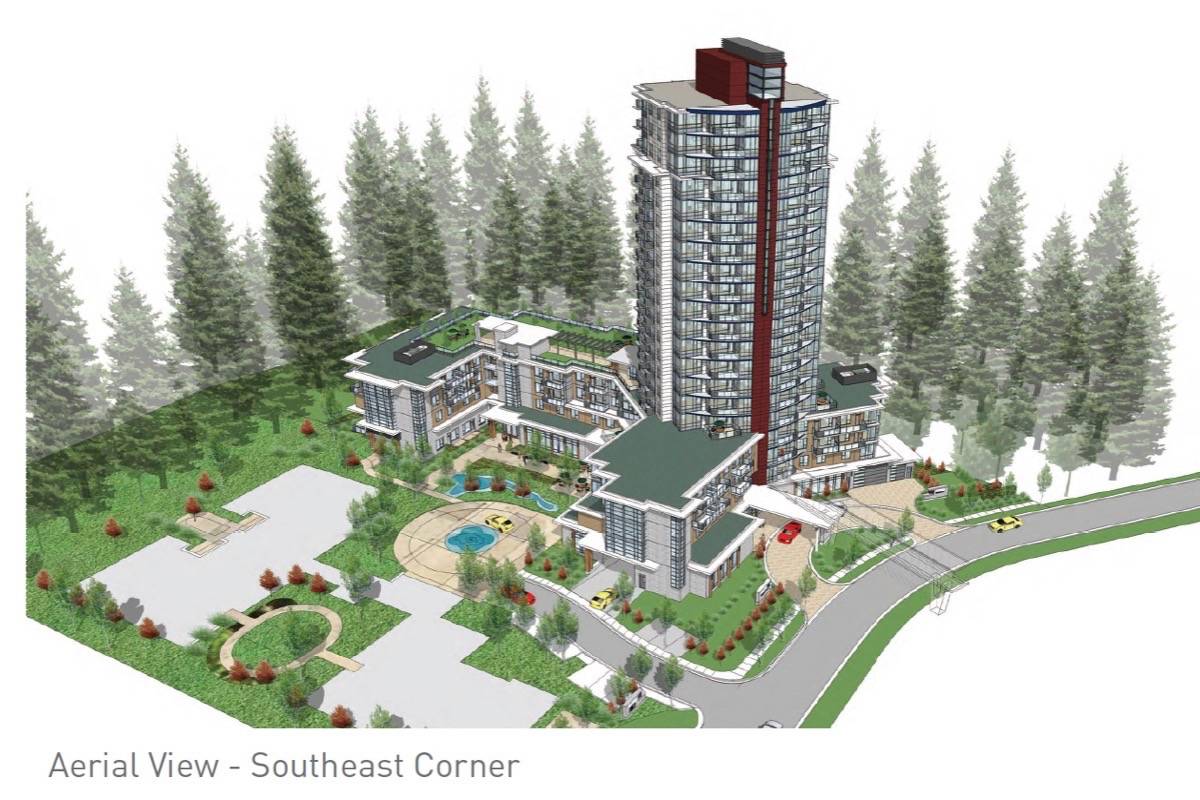 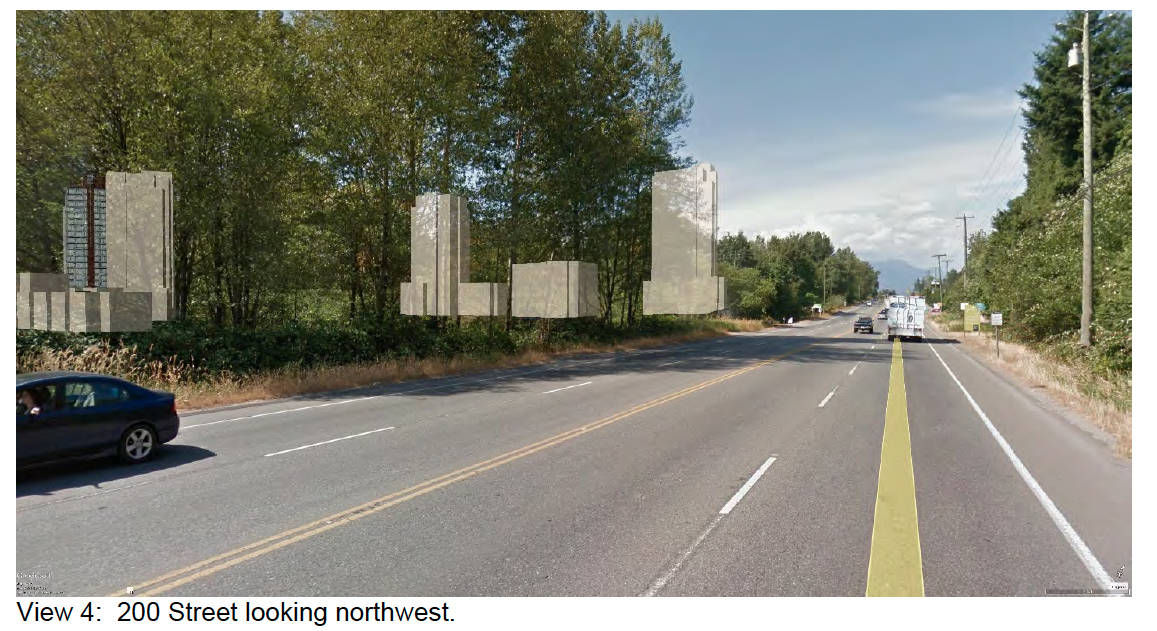 An artist rendering shows the 20-storey Oasis tower as it will look from 200 Street. Supplied image