Penzer Park in Langley City is now home to the biggest outdoor Parkour facility in Canada.

“That’s what the designer told us,” said Geoff Mallory, manager of parks operations at Langley City, as he surveyed the sprawling, 10,000-square foot collection of heavy-duty wooden forms designed to accommodate a sport where competitors navigate obstacles by running, climbing, swinging, vaulting, jumping, and other movements.

Already Parkour enthusiasts are getting set to hold a huge competition at Penzer July 1, Mallory said.

The entire community is invited to celebrate the grand opening of Penzer Action Park on Thursday, June 29 from 4 p.m. to 7 p.m. in the community park, located at 198C Street, south of 48 Avenue.

Before the park was to officially re-open, Mallory showed a Times reporter around.

The Parkour park, designed by Parkour Vision and installed by Marathon Athletics, is connected to a pair of new playgrounds designed for children aged two to five, and five to 12.

All of it rests on three inches of shock-absorbing rubber made from recycled tire, with a red and black pattern that offers kids the challenge of avoiding the red “lava” as they navigate the course.

“We’re real proud of it,” said Mallory, who proposed transforming the aging Penzer into a destination park about a year ago.

The $1.3 million proposal proceeded after the federal government added $500,000 from the Canada 150 Community Infrastructure Program to celebrate the 150th anniversary of Confederation to the $800,000 the city had put aside.

The park has another first, a European-design multi-purpose sports plaza that can accommodate several sports, including basketball, ball hockeyand mini-soccer.

Next to it is a “pump track” designed by and built for skateboarders.

Its appeal is that gravity does most of the work, Mallory explained.

“You don’t need a running start.” The design is the only one of its kind, he added.

On the day the Times visited, there were already a few black marks on the pristine concrete, the result of about four hours of testing by the skateborders the night before.

“They kind of lost track of time” Mallory said.

About 80 per cent of the park has been redone. The only part that remained untouched was the bike skills park, which was overhauled in 2015.

It is a far cry from the “underutilized baseball-cum-soccer pitch” as Mallory describes the old Penzer.

“This whole park is something completely different (now),” Mallory said.

A family visiting from Winnipeg heard about the Parkour park and asked for a tour, said Mallory.

On Canada Day, July 1, the Vancouver Parkour group is hosting a competition at the park which will see 100 to 200 participants.

A proposal to put a kid’s zip line in had to be cancelled because of the proximity to nearby power lines. 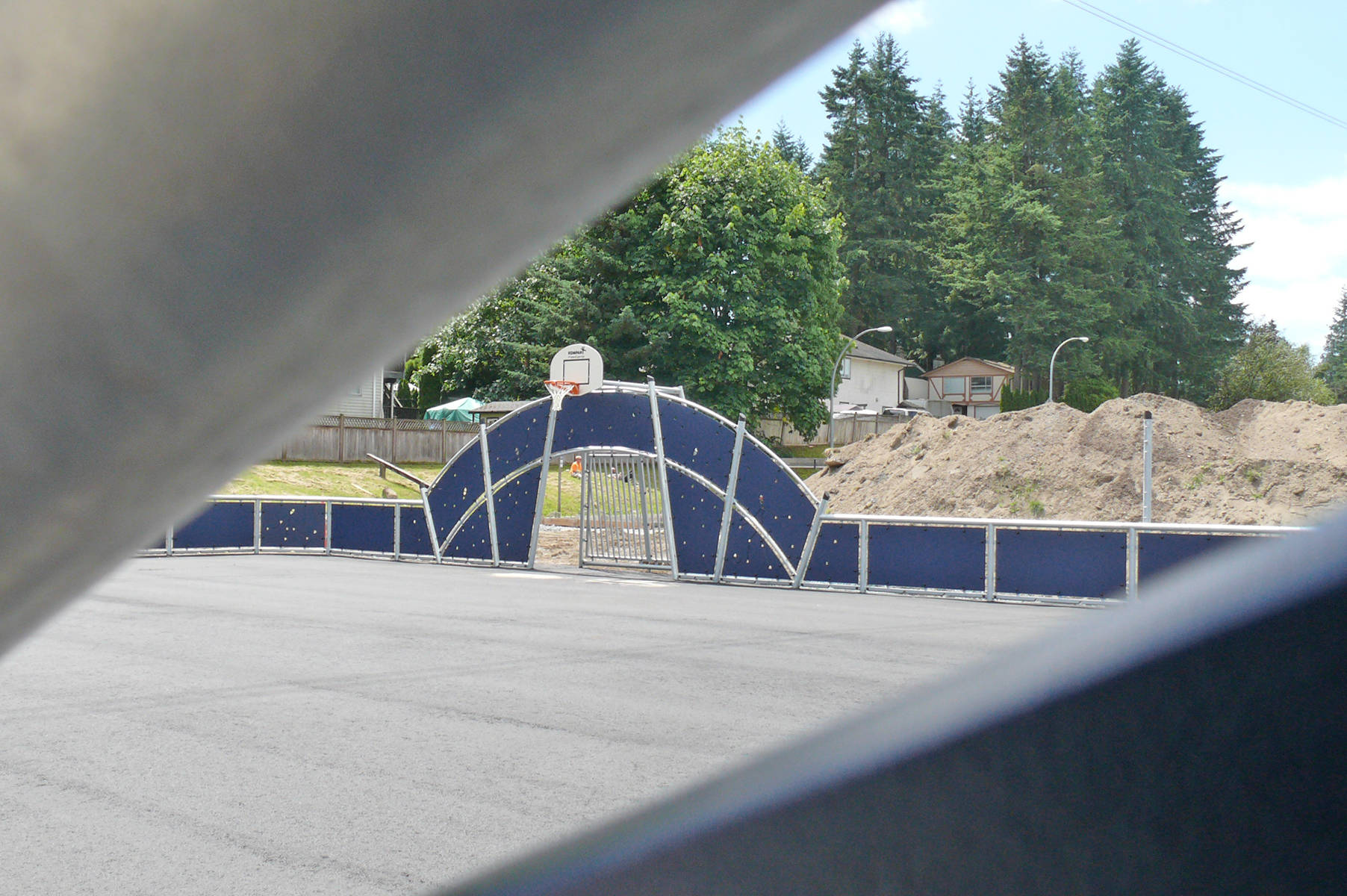 Ingredient in popular weed killer could be cancerous

One in eight B.C. kids enrolled in independent schools: report