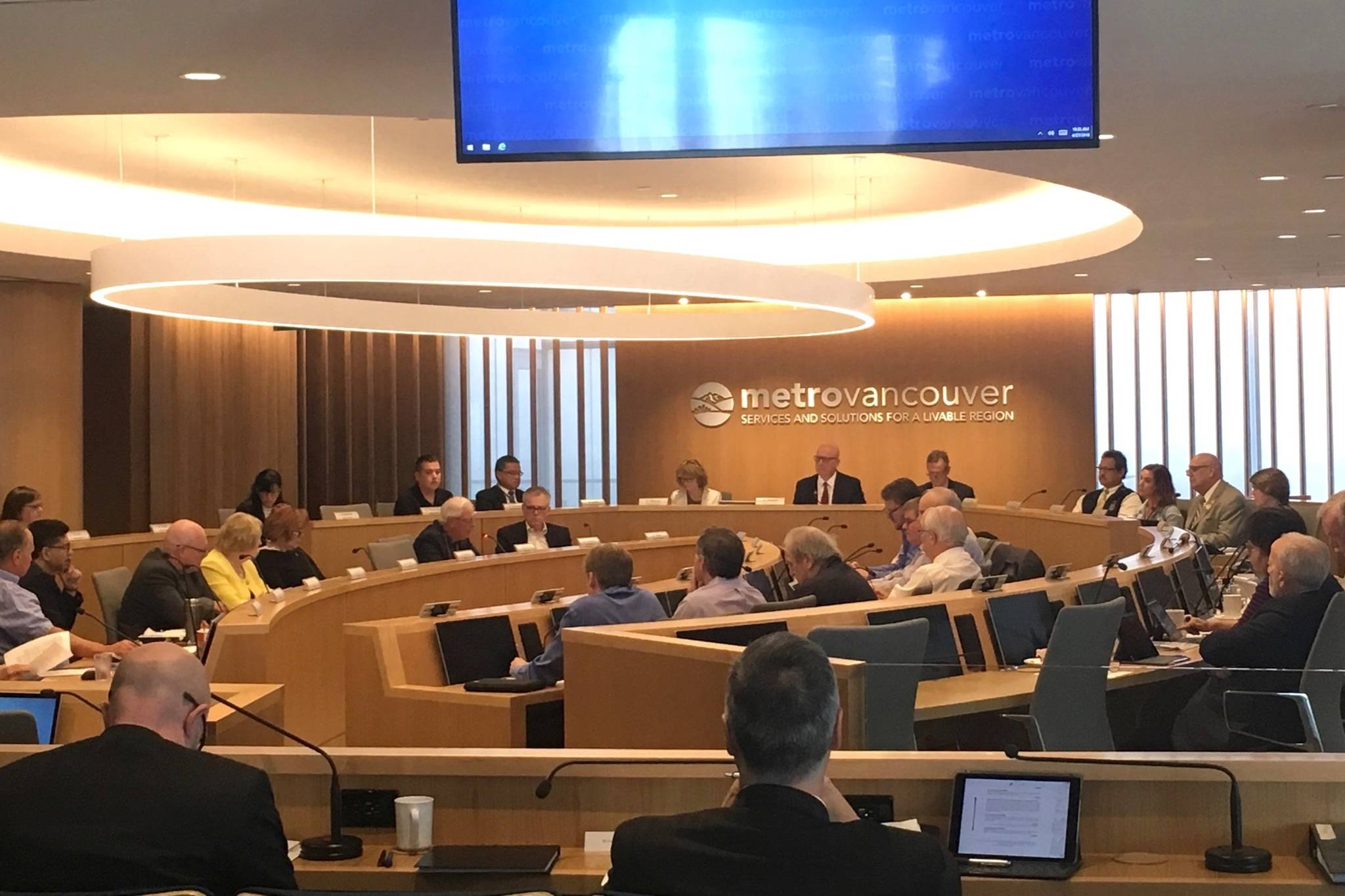 In a second vote, Metro Vancouver board members have instead chosen to oppose a bylaw that would give them a bigger pension and a pay raise, following public controversy.

“I think we should be applauded for actually listening to the public after making a decision instead of putting our heads down and plowing on,” board chair and Coquitlam Mayor Greg Moore said.

Last month, the regional district board had voted to give themselves a retroactive pension of up to $11,000, despite some councillors questioning the move ahead of the October municipal election.

Reconsideration about to be underway. @MetroVancouver chair Greg Moore applauds all board members for listening to public response to initial vote. Says renumeration does need to be sorted though for future politicians in local government.

Federal legislation had recently changed so that a portion of municipal politicians’ pay would be taxed as income.

The cost to Metro Vancouver taxpayers would be about $498,000 in retroactive retirement earnings, and $62,500 per year going forward, as part of the regional district’s annual budget.

But in the boardroom Friday, where some members who were not present for the first vote spoke up, the decision to drop the increases was unanimous.

Vancouver councillor Andrea Reimer, who mentioned her $90,000 salary, said while remuneration is needed, it doesn’t have to be so attractive to convince people to join public office, but instead be “fair and reasonable.”

But Delta Mayor Lois Jackson said being on the board does come at a cost, when trying to balance those duties with running a local government.

“It’s not cheap. You have to give up your job basically to work here,” Jackson said.

Members did pass a new motion, introduced by Moore, to direct staff to create a third-party review panel and initiate a review of other regional districts on how they handle remuneration and benefits.

The results of that review would be brought back after the October election.