The Mission RCMP’s Serious Crime Unit (SCU) is investigating an early-morning explosion which took place at a restaurant on Wednesday, Aug. 11.

At 4:14 a.m., police received a report of an explosion at Sangam Restaurant & Catering on the 32000 Block of Lougheed Highway, said Cpl. Jason Boon with the Mission RCMP.

The scene was immediately secured pending further investigation, which will be conducted jointly by the Mission RCMP’s SCU, forensic teams and the Lower Mainland RCMP’s Explosive Disposal Unit, Boon said.

He said the investigation is in its early stages, and he couldn’t comment on the nature of the explosion, only that no fire resulted from the blast.

Boon also said that he couldn’t comment whether or not the restaurant was targeted.

No injuries or major damage to the building occurred, and the explosion was self contained within the restaurant, Boon said.

The blast blew out several windows, and shattered glass remains littered around the front entrance of the restaurant.

Rai Avenue was blocked by police vehicles for several hours after the incident, but has since been opened to traffic. The scene has been cordoned off with police tape.

A grey Subaru was discovered on fire in Abbotsford’s Matsqui flats at 4:30 a.m., according to Sgt. Judy Bird, media relations officer for the Abbotsford Police Department.

Boon said it’s too early to say whether the burnt-out vehicle is related to the explosion.

The Mission RCMP are encouraging anyone with information, dashcam or CTTV footage to come forward to investigators.

A Mission house was also set on fire in the early-morning hours of Aug. 4, by suspects using some form of accelerant to ignite the blaze, Mission RCMP said at the time. 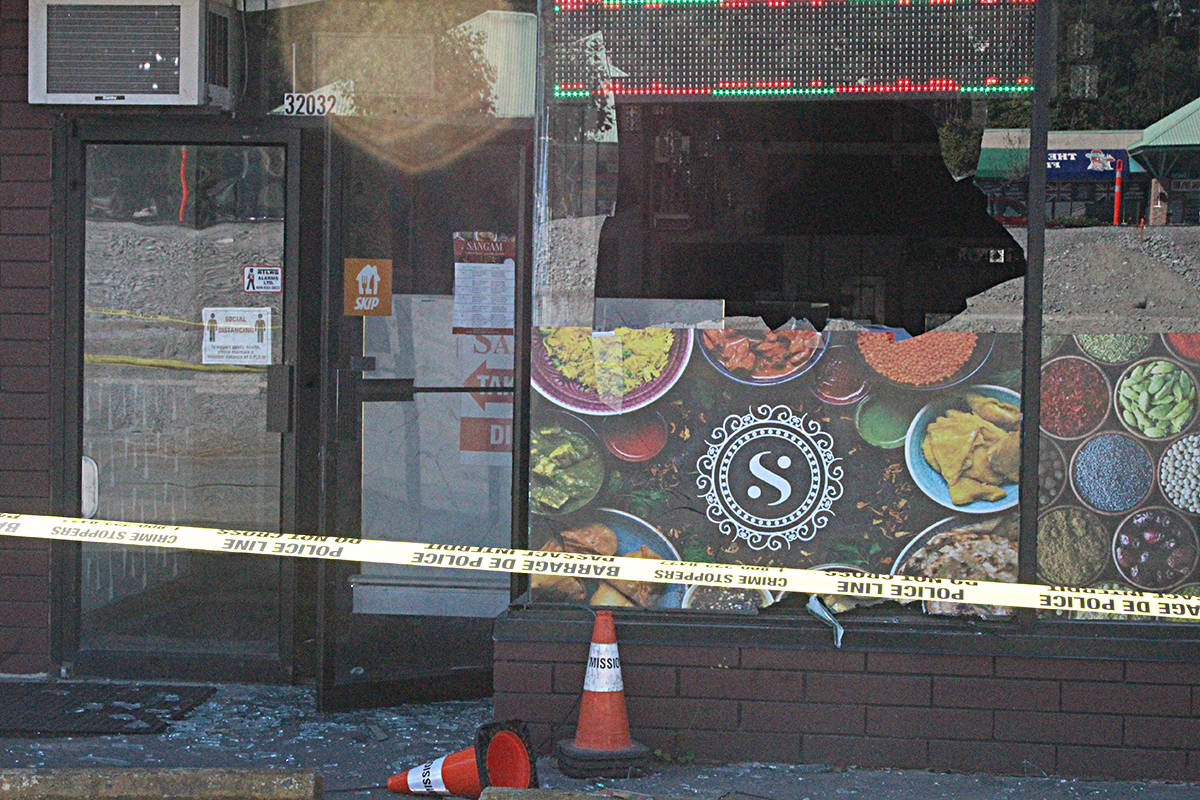 The explosion is being investigated by the Mission RCMP’s Serious Crime Unit, forensic teams and the Lower Mainland RCMP’s Explosive Disposal Unit. Police say its too early to say if the restaurant was targeted. Patrick Penner photo.

BC Ferries expects another busy weekend of summer holiday travel