That’s what Aldergrove breeder Sandy Anderson said the morning she discovered her three eight-week-old puppies – including a male in need of medical help – were nabbed from her property on the 1700-block of 252nd Street last week.

It was a miracle that Anderson received the very next day – on June 30 – when the trio of puppies were back in her care at Woodside German Shepherds.

“Someone broke through a side fence to my home, opened up two gates, and carried them out,” Anderson described.

“They must have scoped out the property beforehand,” she said.

As a championship German shepherd breeder for more than 40 years, losing the puppies amounted to a $15,000 loss.

She estimated the resale value of the puppies as $5,000 each.

“They are top-of-the-line shepherds, bred 100 per cent from champion dogs,” Anderson explained.

She reared them, and her other canines, with the intentions of seeing them go far in the championship dog show world.

One of her shepherds, Bella, won “best of opposite sex” among other top honours at the 144th Westminster Kennel Club Dog Show this year.

Langley RCMP Sgt. Rebecca Parslow said that the puppies had been abandoned in a vacant, fenced lot on the 27700-block of Fraser Highway before 3:30 p.m. – just behind where Aldergrove resident Maurice Jackson lives.

The vigilant neighbour immediately called the police when he saw the puppies had been left to their own devices.

Anderson, who was “heartbroken” over the theft, credited the puppies’ safe return to both Jackson, “the power of social media, and the good work” of Langley RCMP.

“They are black and tan puppies with their ears glued,” something that happens to encourage young German shepherd’s ears to stand up on their own, Anderson explained in the post.

“I can’t believe this happened,” she told the Aldergrove Star.

“Sweetcheeks,” the male pup, was still able to make a

scheduled veterinarian appointment for surgery, for a rare medical condition on Friday.

Anderson is still asking anyone with information about who stole the puppies to call Langley RCMP at 604-532-3200. 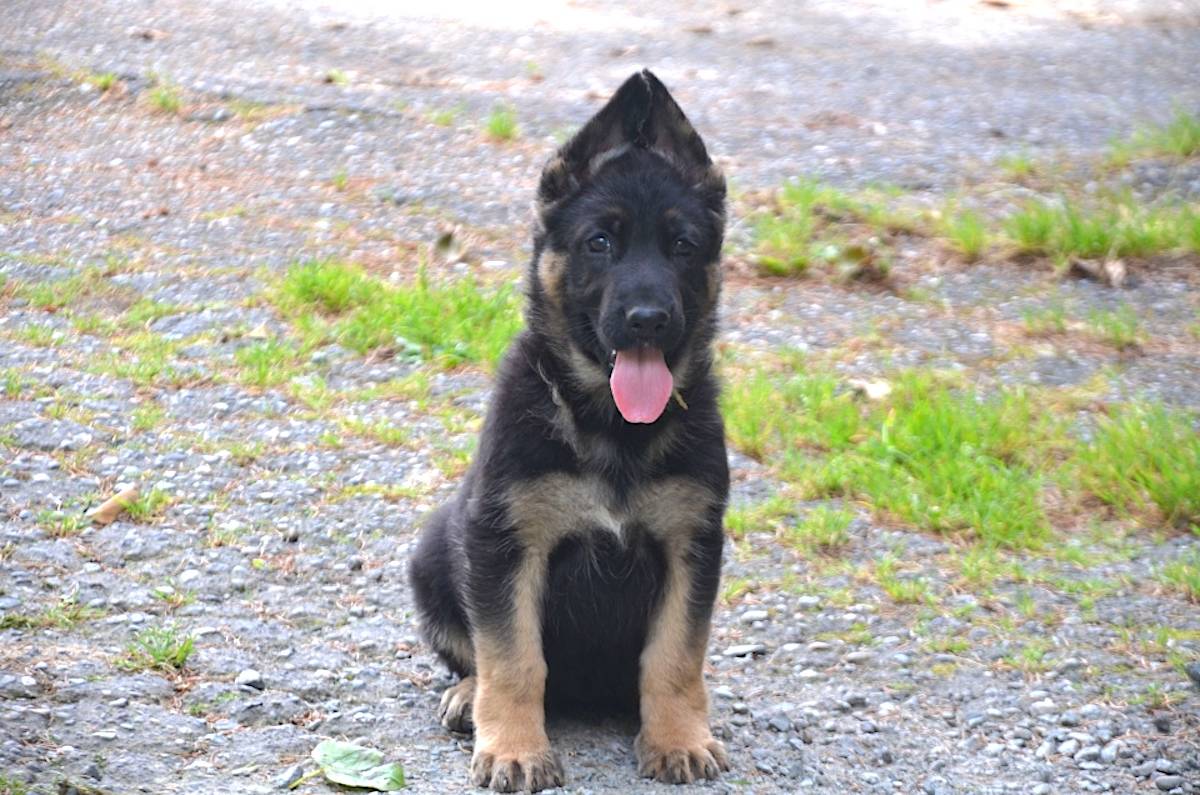 UPDATE: Aldergrove man taken to hospital after barricading himself at home for four hours