An oil spill in a creek in Langley City was the subject of clean up attempts by firefighters and City officials starting Monday evening.

The City firefighters were the first to respond, with a call about the smell of a possible gas leak near 198th Street and 56th Avenue at about 5:20 p.m. on Monday.

But firefighters discovered the smell wasn’t a leaking gas main, but oil in the headwaters of the creek nearby.

The firefighters put down some floating booms to try to corral the oil, and alerted the City’s public works officials, said City fire chief Rory Thompson.

City officials worked on containing the spill, while they received advice from the Provincial Emergency Program, said Rick Bomhof, the City’s director of engineering. Contractors were called out by that evening at 8 p.m. and brought more equipment.

By Tuesday morning, at least two trucks from Nucor Environmental Solutions were on hand as their staff worked on the spill site.

Because the creek is relatively small and dry at this time of the year, it appears the spill was mostly contained, said Bomhof.

Fortunately, it does not appear to be a continuous flow of oil, but some kind of one-off dump.

“The contractor estimates it could have been a couple of barrels,” said Bomhof.

The City has tried to trace the source back through storm sewers to the outlet by the creek where it was discovered, but so far without success.

The spill didn’t make if far enough down the waterway to intersect with Baldy Creek, Bomhof reported, and due to low water levels, there appears to have been no fish killed.

As for the cost of cleaning the oil out of the water and soil, that hasn’t yet been determined. 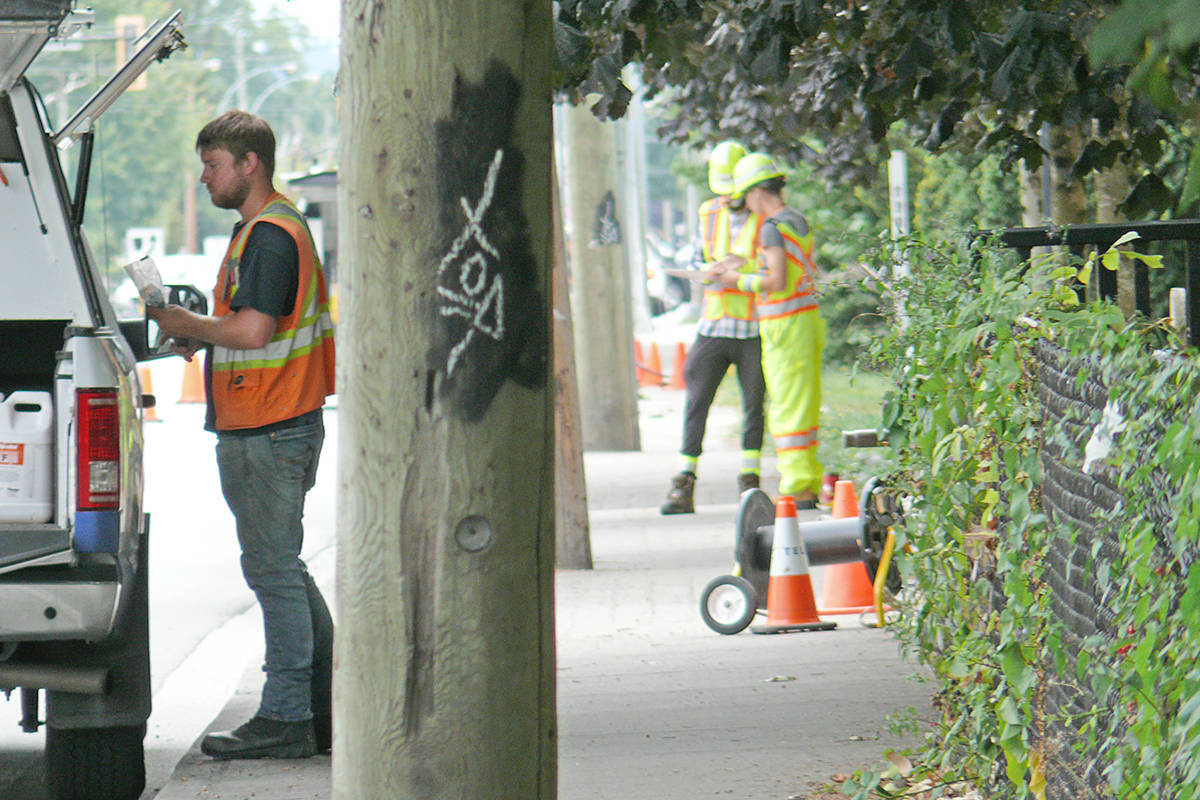 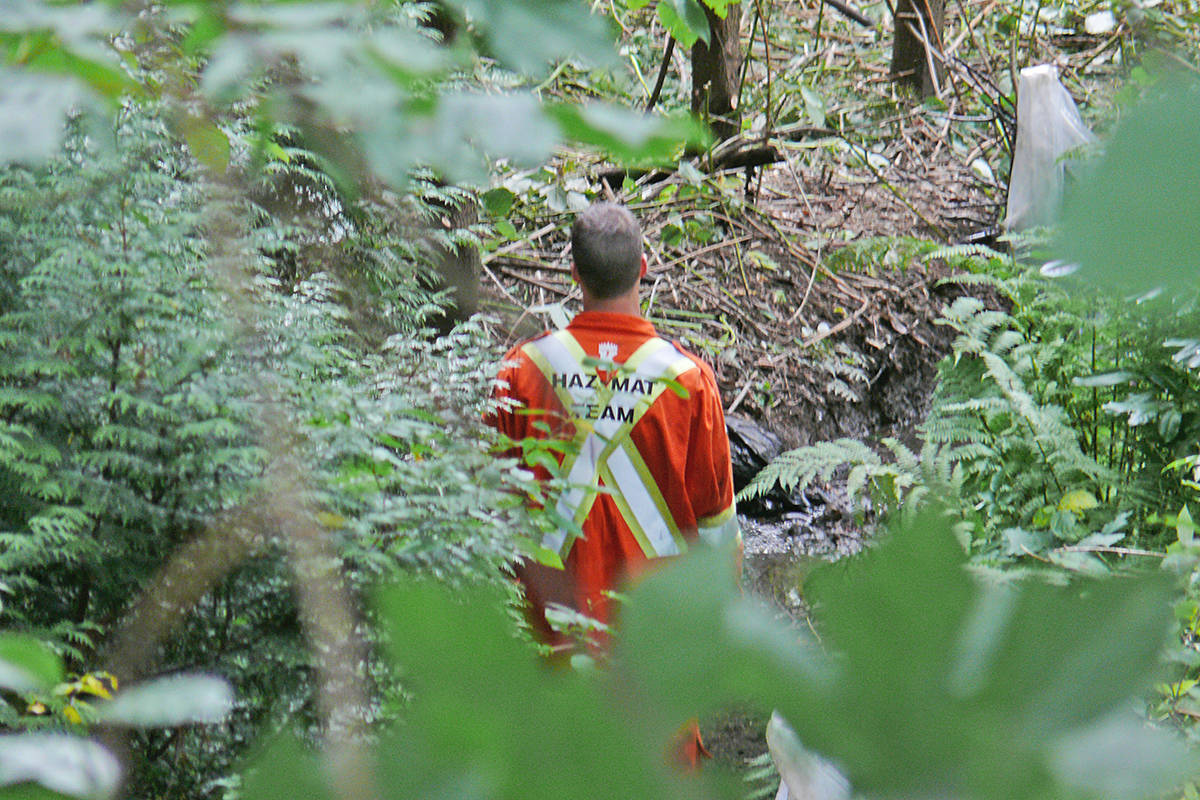 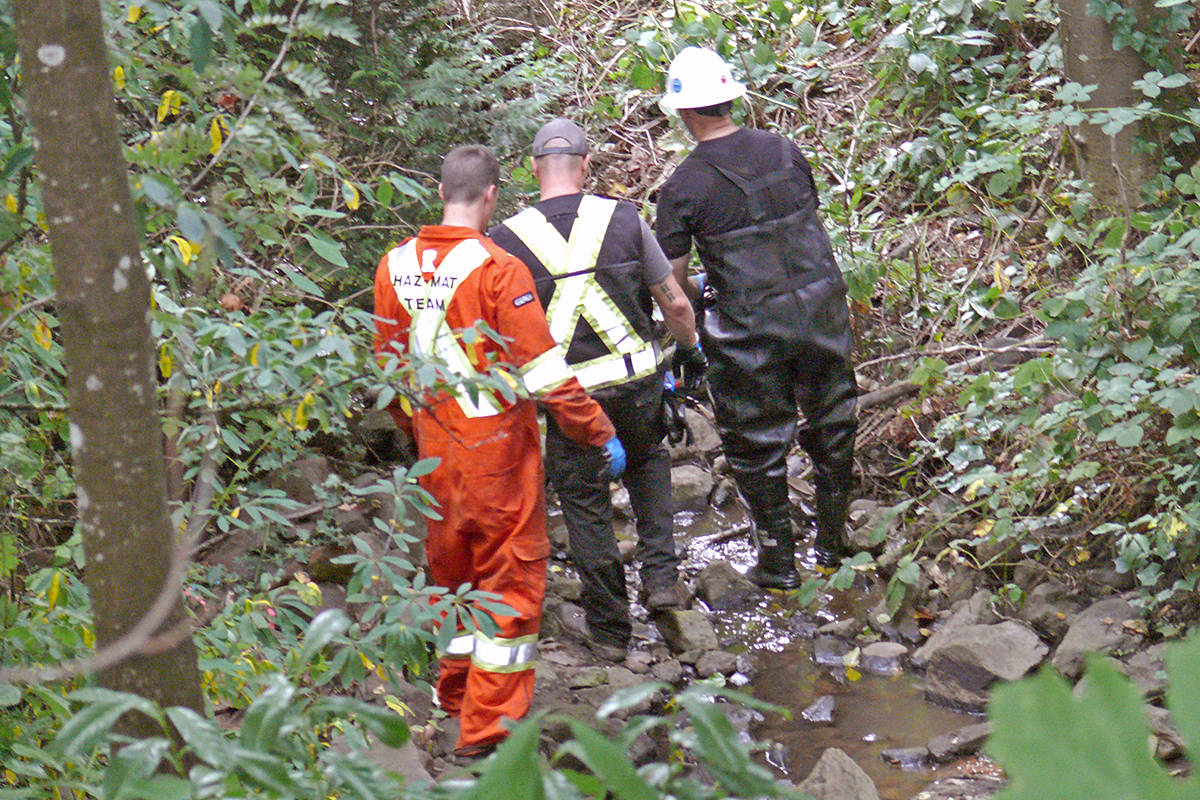