An Abbotsford man who sped through a red light before smashing head-on into a van full of young children was sentenced to one day in jail.

Jakub Igancy Moryson, 36, was also slapped with a three-year driving ban for dangerous operation of a motor vehicle. He was sentenced in Surrey Provincial Court on Tuesday afternoon. A judge also ordered 12 months probation for the crime.

In March, Moryson pleaded guilty to the one criminal count.

Moryson was originally charged with dangerous driving and hit-and-run for the serious 2014 Aldergrove crash, after which several witnesses reported seeing him crawl out of his mangled car with a 12-pack of beer under his arm, and walk to a nearby fast food restaurant where he ordered a burger and called a taxi.

At the time of the crash, the white Nissan sports car Moryson was driving hit the van at a high rate of speed at the intersection of 264 Street and 56 Avenue, north of Highway 1, around 5:30 p.m. The van was being driven by a daycare provider who was transporting five kids, including two of her own.

A former Black Press photojournalist happened to be at the restaurant when he heard the loud bang of the crash, and saw smoke coming from the intersection.

“You could hear the kids screaming and crying. There were already people there helping. The woman driving was on the ground seizuring,” said Evan Seal, who worked with the Surrey Leader newspaper.

While witnesses were helping the youngsters and the woman in the van, Seal watched the driver of the sports car crawl out his vehicle through the T-bar roof, and start collecting his belongings in a plastic bag.

Carrying a 12-pack of beer, the driver walked over to the fast food restaurant. The man was limping from what appeared to be a visible fracture to his leg. He was later taken to hospital with broken bones, said police.

Other witnesses said the driver seemed oblivious to the fact that a bone was sticking out of his leg.

All the children were taken to hospital but later released, mostly uninjured. The driver had non-life threatening injuries.

Moryson isn’t a stranger to the law. He spent five months in jail in 2015 for trafficking a controlled substance the year prior. He has had small stints in jail for breaching his probation. 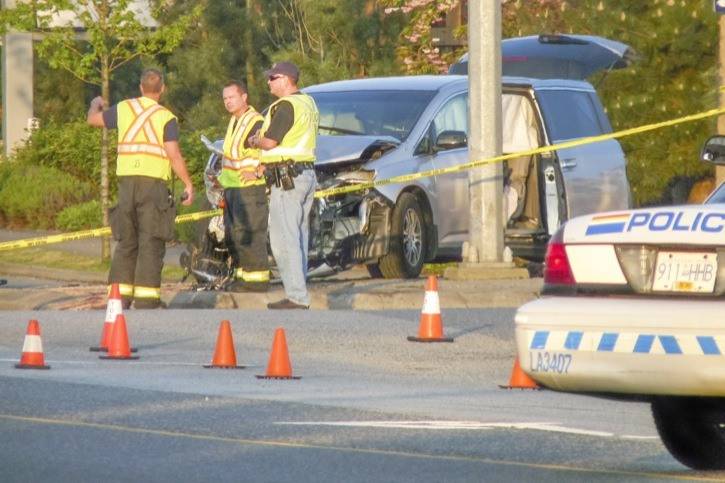 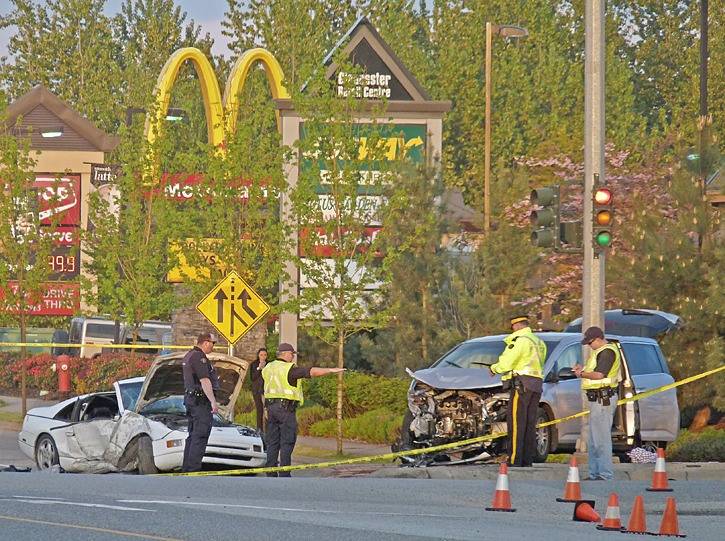