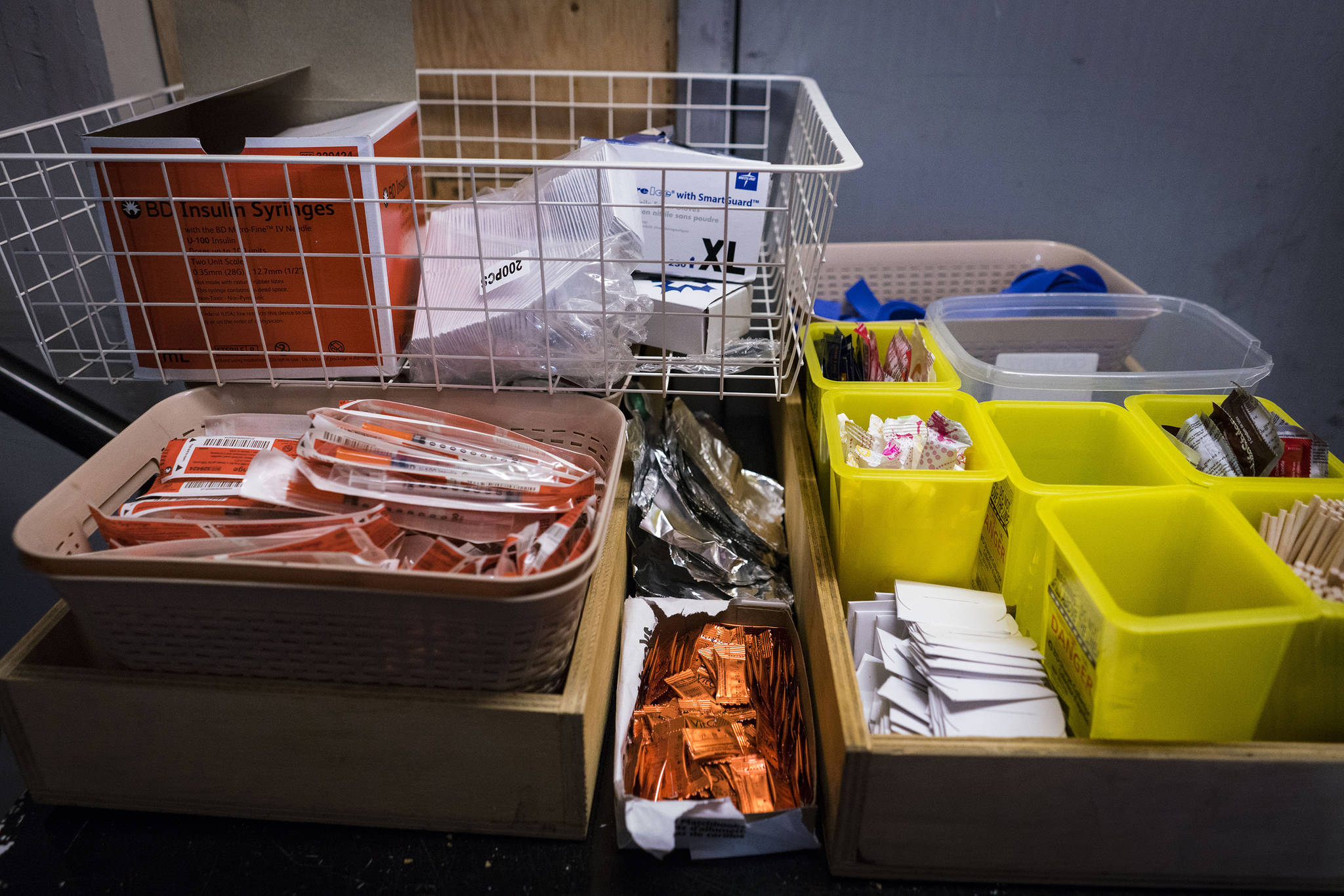 Supplies like clean needles are available at the Overdose Prevention Society’s safe-injection site. MUST CREDIT: Photo for The Washington Post John Lehmann

A new report by the BC Centre for Disease Control indicates that expansive harm reduction services across the province have prevented thousands of overdose deaths.

The study, which was conducted over a 20-month period, estimates that the B.C. overdose death toll would be 2.5 times higher than it currently is, if not for accessible harm reduction treatment strategies.

On average, roughly three people in B.C. die each day from opioids.

“This study speaks to the importance and the effectiveness of harm reduction and treatment efforts and the fact that they save lives,” said Judy Darcy, minister of mental health and addictions in a news release in June.

She added that these services “are essential to turning the tide on the overdose crisis.”

Through the works of the Take Home Naloxone program, overdose prevention services and harm reduction sites, the study confirms that approximately 3,030 lives were saved.

Conversely, this means that out of a possible 5,207 deaths, 58 per cent were avoided.

The Take Home Naloxone program is growing throughout B.C., and has been since late 2017 when the province first rolled out free naloxone kits.

READ MORE: From a mother’s loss to a community’s education on opioids

This is representative of the Naloxone kit exponential growth in the previous years.

The province is currently piloting the effectiveness of take-home drug testing kits in selected cities, to help curb the 80 per cent of overdoses that occur indoors, often when drugs users are alone.

Researchers will compare the impact of the take-home tests versus drug checking services already offered at Vancouver-based sites, including how many strips come back positive for fentanyl.