Northbound traffic across the Golden Ears Bridge was reduced to two lanes after an overheight crane struck the east edge of the bridge, midspan, around 6:30 a.m. Wednesday.

The collision knocked down three posts and damaged roughly four metres of guardrail on the east side of the bridge.

TransLink spokesperson Chris Bryan said the sidewalk was closed to pedestrians and bicycles while contractors installed a temporary replacement guardrail that would allow the sidewalk to re-open Thursday morning.

One northbound lane of traffic was closed while the work was underway.

A preliminary investigation was underway by officers of WorkSafe B.C. and the Transportation Safety Board. 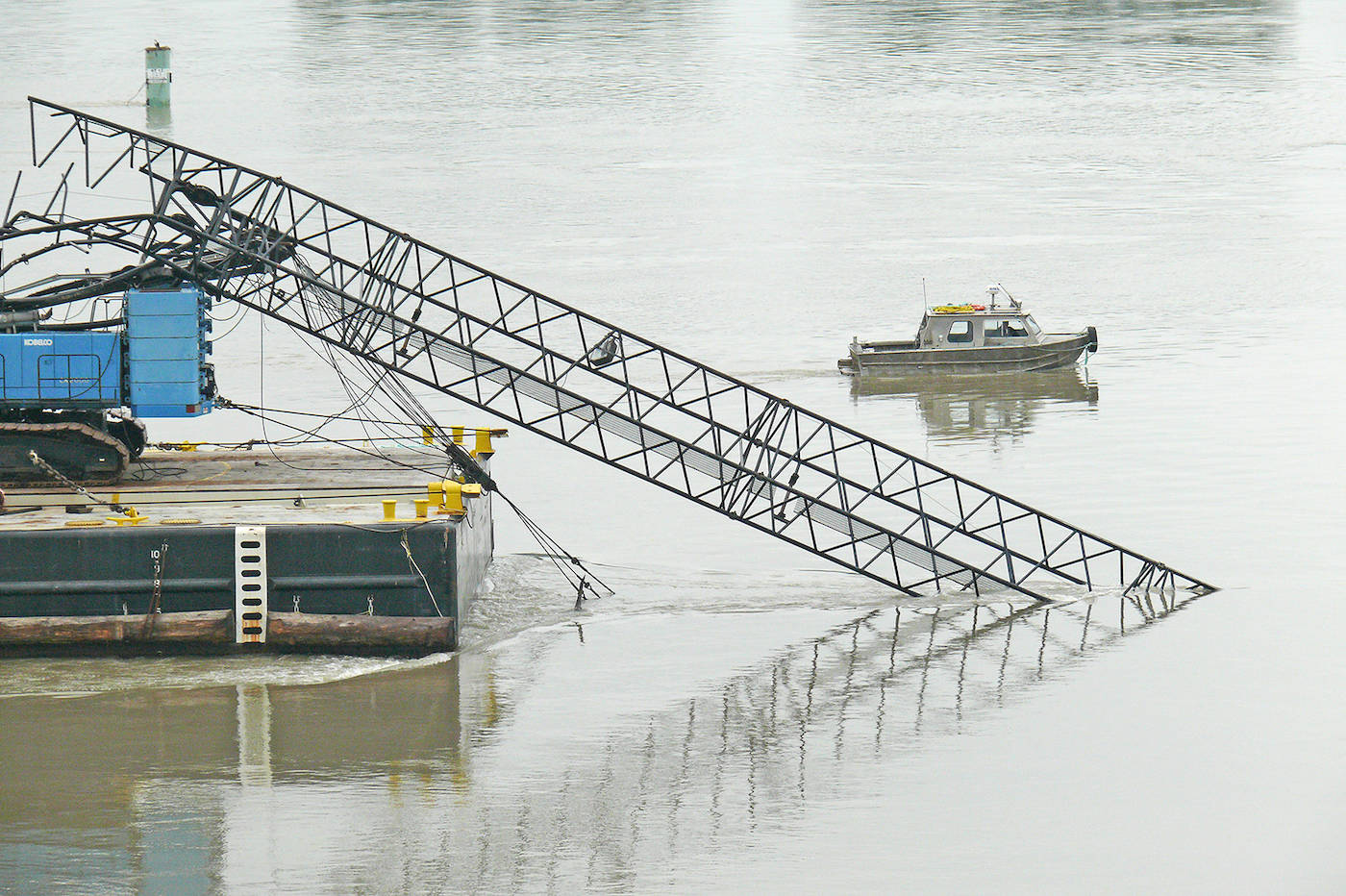 A crane on a barge ended up in the water after it failed to clear Golden Ears bridge. The bridge railing was also damaged and closed to pedestrian traffic. Dan Ferguson Langley Times