Brandy Petrie, a 34-year-old Burnaby woman, and Avery Levely-Flescher, 20, of Surrey have been identified as the two people who were shot and killed on a rural road in Langley early Friday morning, Sept. 1.

Charged in their killings is 21-year-old Travis MacPhail of Langley.

MacPhail has been charged with two counts of second degree murder in the deaths of Petrie and Levely-Flescher. He is also charged with aggravated sexual assault, possession of a prohibited or restricted firearm with ammunition and uttering threats.

MacPhail, who appears to have once been a student at Aldergrove Community Secondary School, was scheduled to appear in court Tuesday afternoon.

“During the course of the investigation [into the double homicide] there was sufficient evidence to charge him with aggravated sex assault, uttering threats and possession of a loaded, prohibited firearm,” said Jang during a press conference at RCMP E-Division headquarters on Tuesday.

MacPhail is known to police but he doesn’t have a criminal record, said Jang.

Jang wouldn’t say if the victims knew the suspect. He also didn’t allude to what the motivation for the killings might have been. No other information was provided as the matter is now before the courts.

Early in the investigation, the evidence suggested the crime was not random and there doesn’t appear to be any links with any other acts of violence in the Lower Mainland, police said.

Jang commended the quick response of Langley RCMP general duty officers who arrived on scene and arrested the suspect.

“The quick response of the Langley RCMP first responders should be acknowledged as well as the tenacious work of IHIT investigators and our partners in securing charge approval.”

HIT has been working in partnership with the Langley RCMP, the Integrated Forensic Identification Section and the B.C. Coroner’s Service to gather evidence.

Curtis Kreklau of South Fraser News Services reported that RCMP arrived in the area and quickly located a vehicle matching the description of the suspect vehicle.

Kreklau noted that an officer took a man and a woman into custody from a red Jeep.

He said the officer then located the victims’ vehicle crashed off the road into a heavily wooded area in the 23600 block of 64 Avenue.

BC Ambulance Service transported the victim with critical injuries to Royal Columbian Hospital where he was pronounced dead.

Langley homicide: no info to indicate link to other acts of violence. Update to follow in coming days.

Anyone with information regarding this investigation is asked to call the IHIT Information Line at 1-877-551-IHIT (4448) or by email at ihitinfo@rcmp-grc.gc.ca. To remain anonymous, contact Crimestoppers at 1-800-222-TIPS (8477). 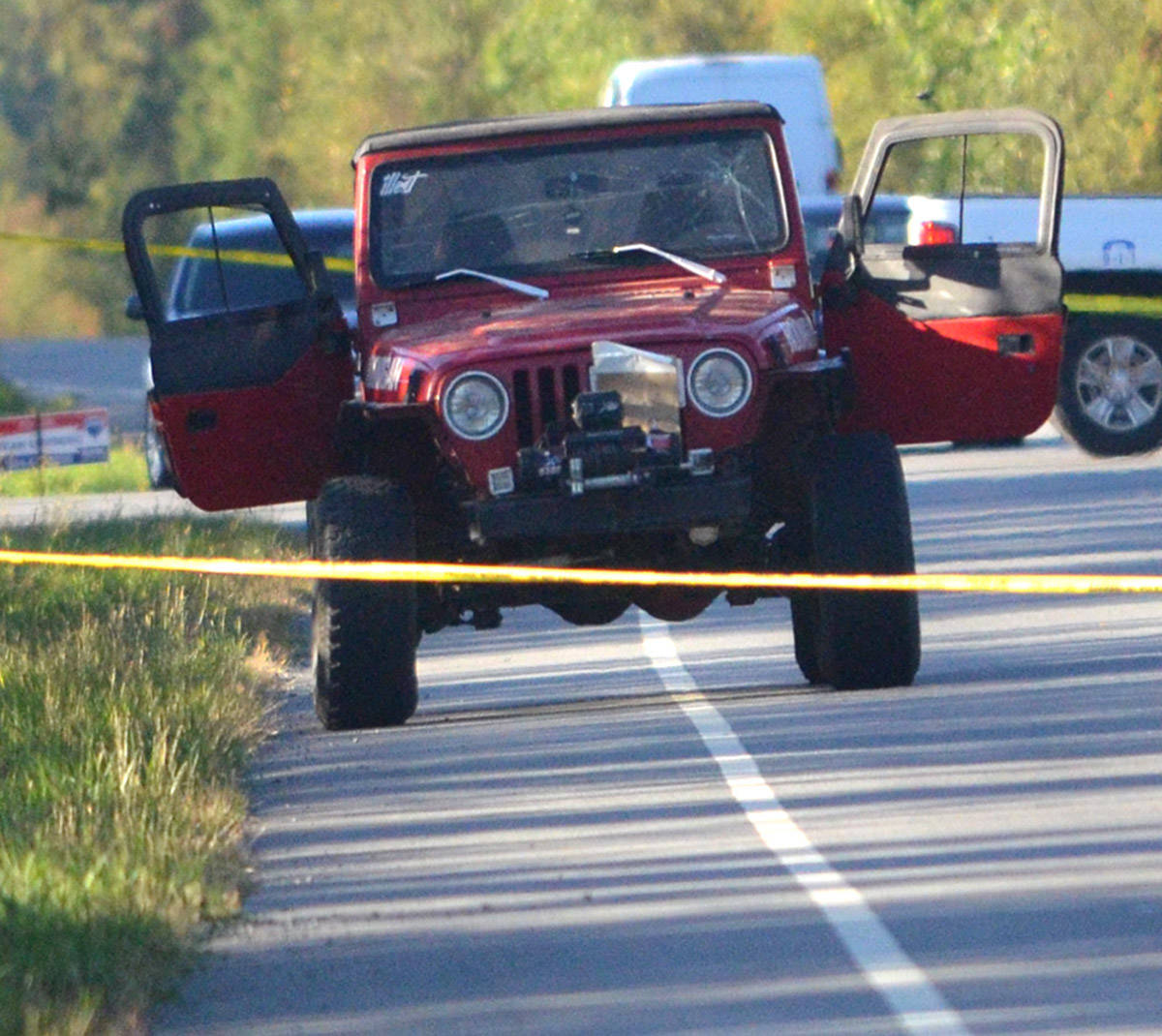 Suspect vehicle involved in a double homicide on Sept. 1 behind police tape at 232 Street and 64 Avenue. Gary Ahuja Langley Times 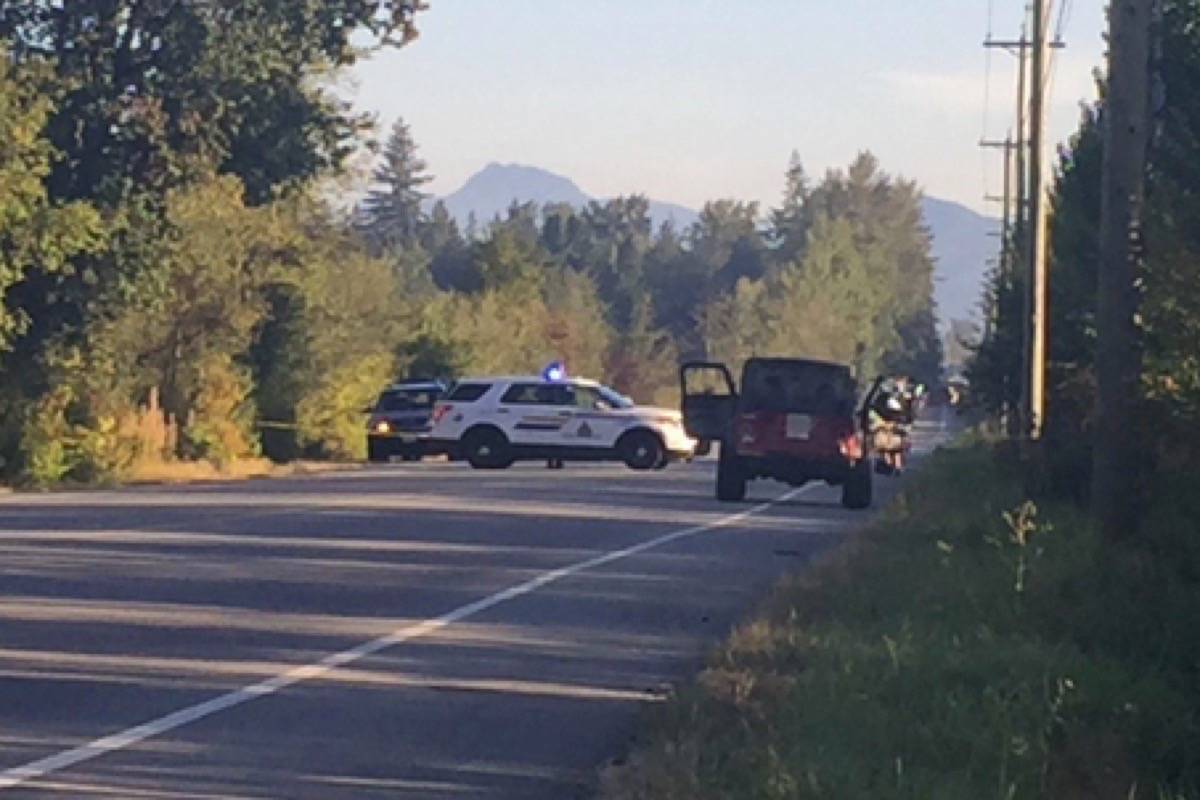 A better way to shoot a bear