Langley Mounties are appealing for the public’s help to identify suspects in a number of recent crimes, including two assaults, credit card fraud, and the shoplifting of an entire case of vodka.

On Nov. 16, a man pushed a cart into the rear passenger door of a vehicle in the parking lot of the Langley Walmart, said Cpl. Holly Largy, spokesperson for the Langley RCMP.

The impact left a dent above the wheel well. When the driver got out to check on the damage, the man who had pushing the cart allegedly attacked him.

The man was accompanied by a woman, and the two left in a white Jeep, said Largy.

Another assault took place on Nov. 28 when a man slapped a clerk at the Shoppers Drug Mart in Willowbrook across the face, Largy said.

Most of the other crimes police are looking into involved thefts, including:

• A man and a woman used a stolen credit card at Home Depot and Shoppers Drug Mart on Nov. 1, racking up more than $3,000 in fraudulent purchases.

• A Caucasian man around 45 stole a bike from the rack at the Langley City Library on Nov. 14. He has a brown beard and was wearing a black Puma baseball hat, blue jeans, and a grey hoodie.

• A woman allegedly walked out of the Willoughby Liquor Store with a case of vodka on Nov. 16. She took the vodka to a man who was waiting outside with a bicycle, pulling a child carrier, said Largy.

• A woman allegedly shoplifted from the Aldergrove Mark’s Work Wearhouse on Nov. 18 while with a child who was about eight years old. The woman is described as Caucasian, in her mid-40s, with black hair with bangs. She was wearing all black.

• An elderly man on a mobility scooter allegedly took a Dyson vacuum cleaner worth almost $1,000 from Best Buy on Nov. 25.

• A man stole various home items from Superstore on Nov. 15.

Scroll down to see photos of all the suspects captured on surveillance cameras.

Anyone with information on any of the suspects captured on surveillance video is asked to call the Langley RCMP at 604-532-3200, or to leave an anonymous tip with CrimeStoppers by calling 1-800-222-8477 (TIPS) or visiting www.solvecrime.ca. 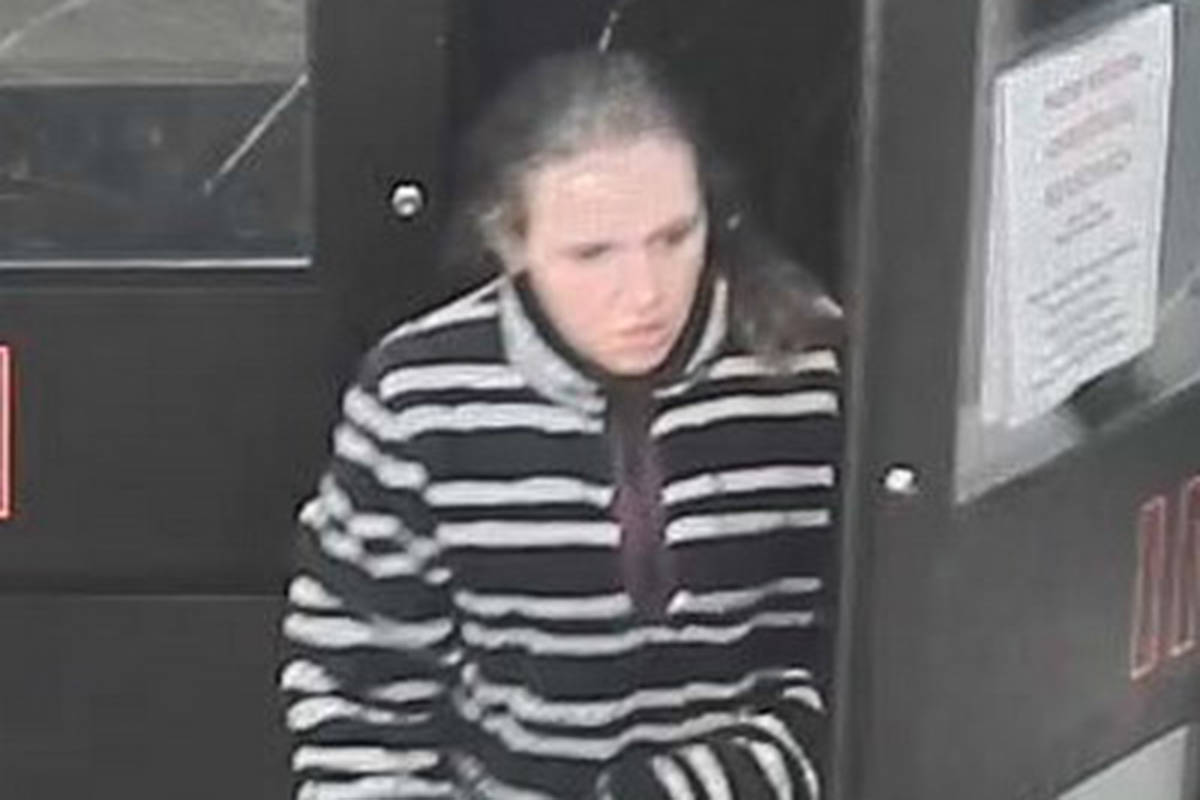 This woman allegedly walked off with a case of vodka from a local liquor store. 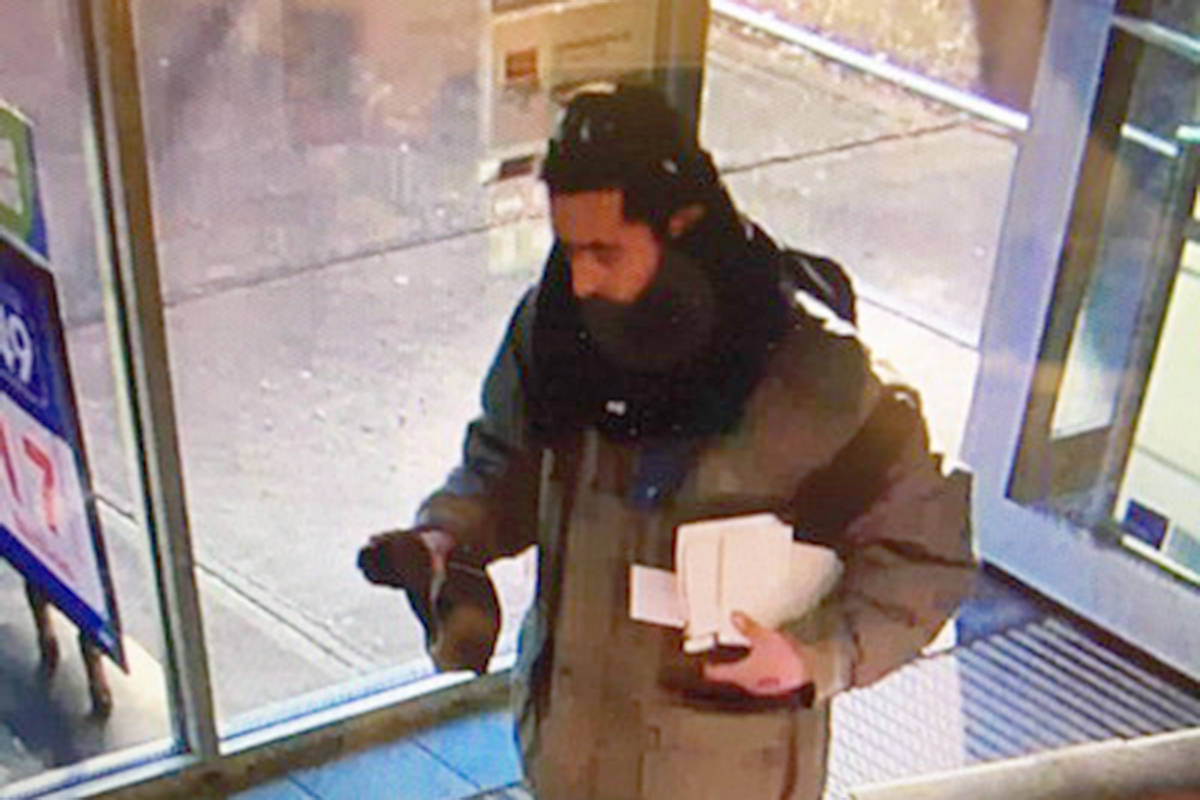 Police are looking for this man, suspected of slapping a store clerk. 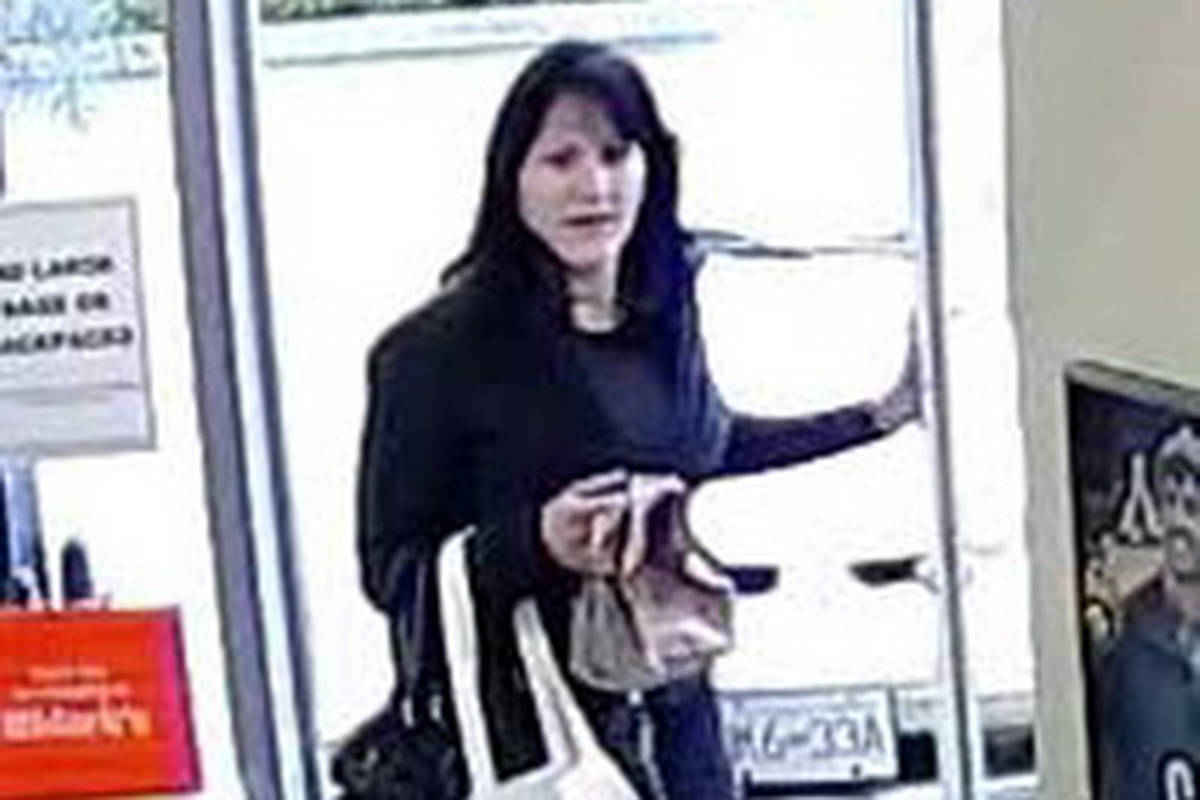 This woman allegedly shoplifted while with a young girl, approximately eight years old. 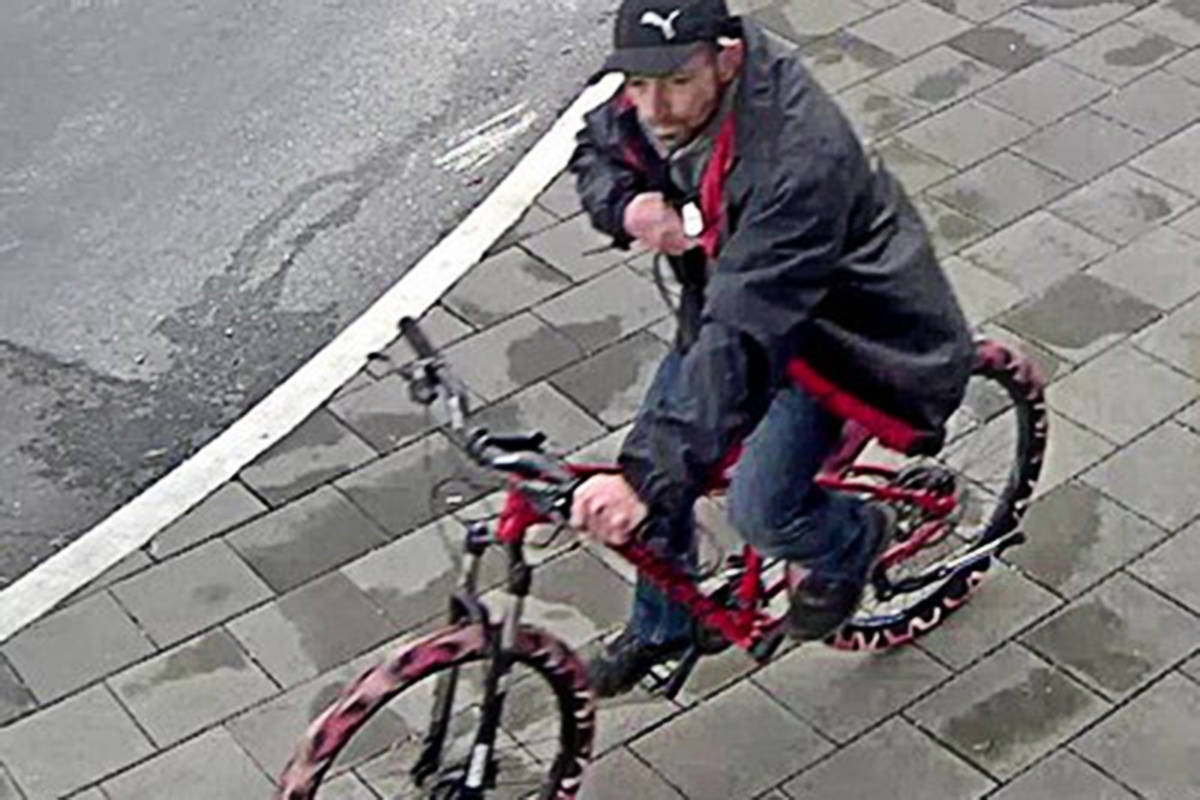 Police say the bicycle this man is riding was stolen from outside the Langley Library. 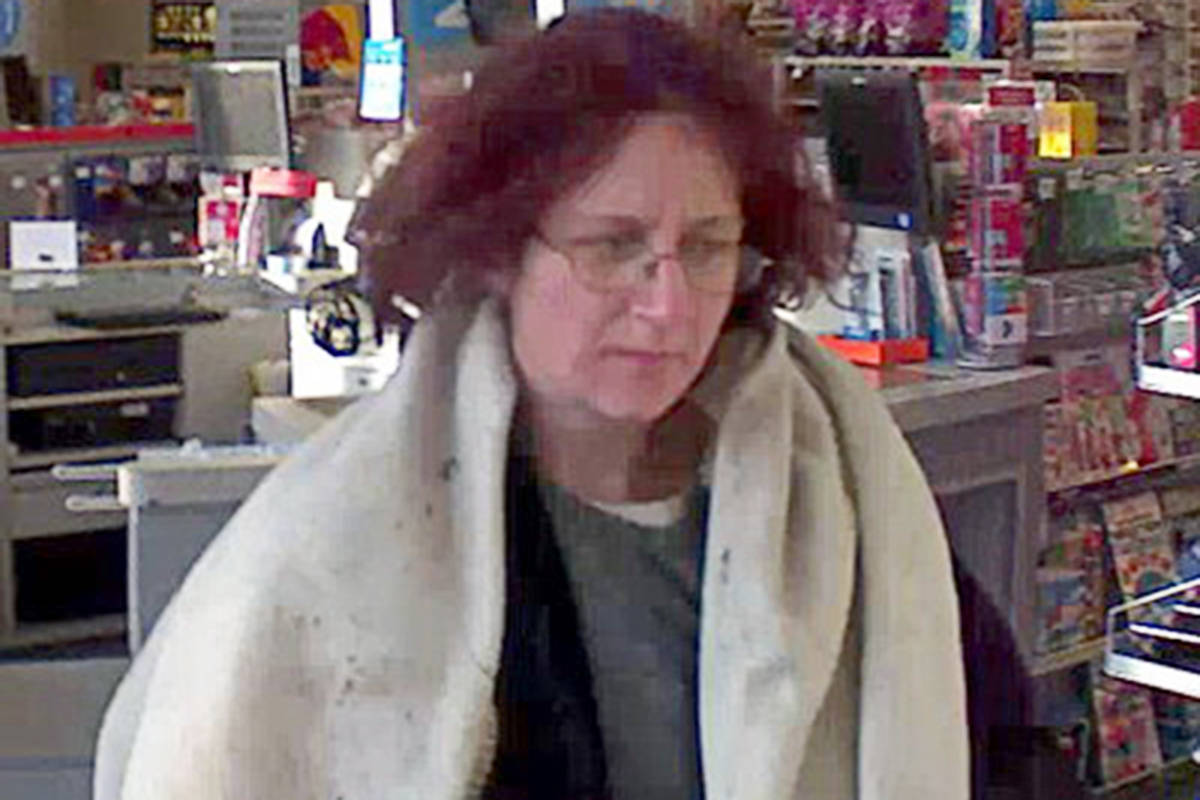 This woman is one of two people who allegedly ran up a $3,000 bill on a stolen credit card. 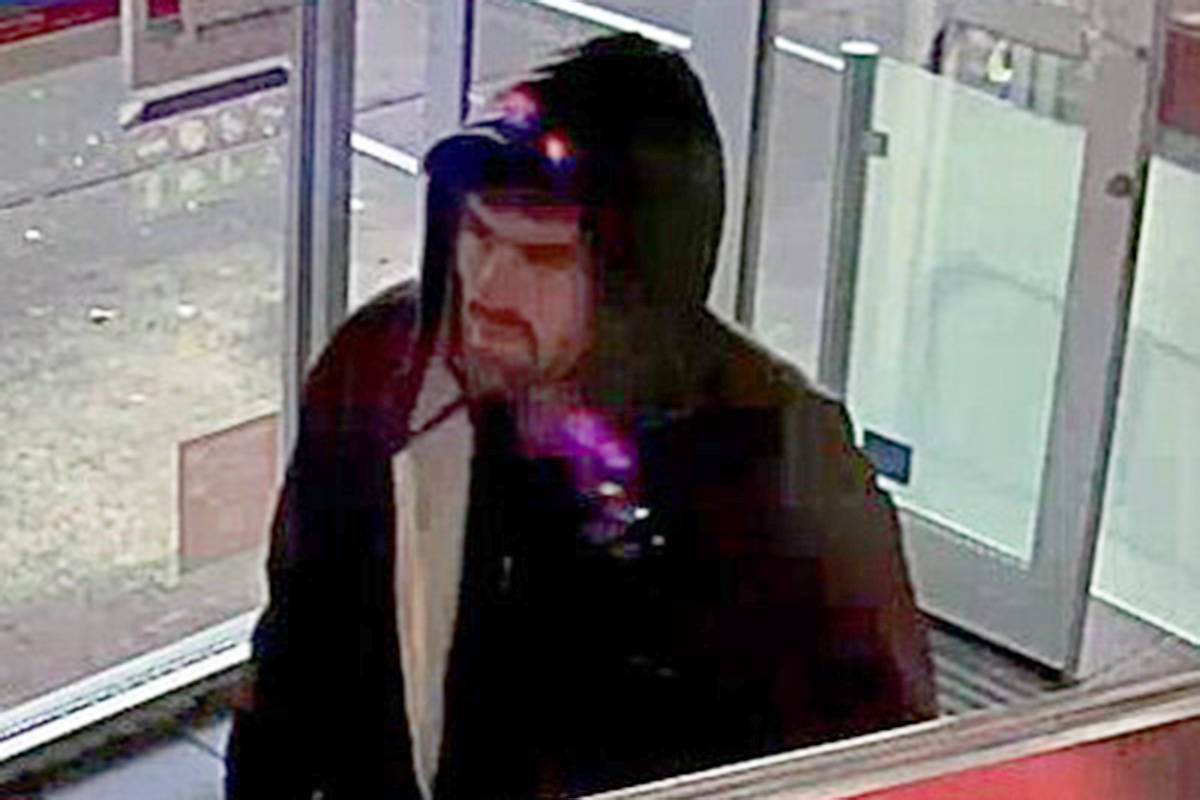 This man is one of two people who allegedly ran up a $3,000 bill on a stolen credit card. 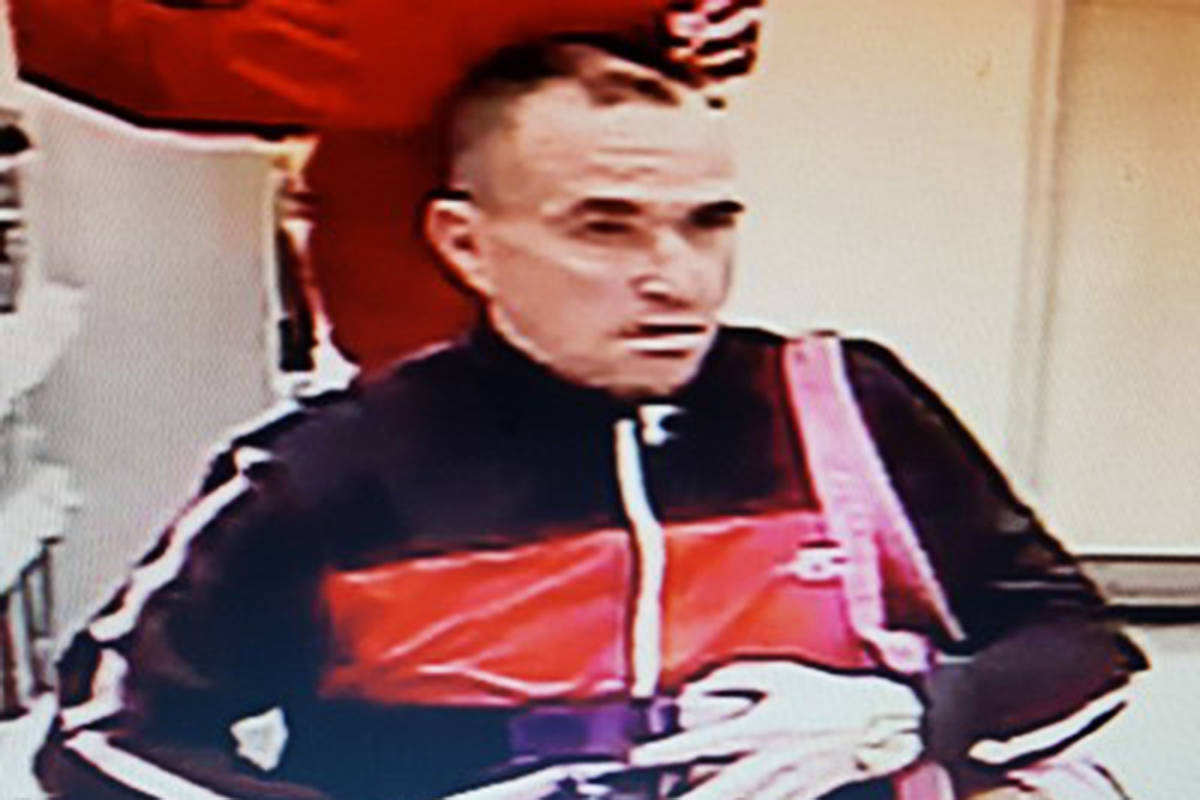 This man allegedly shoplifted from Superstore. 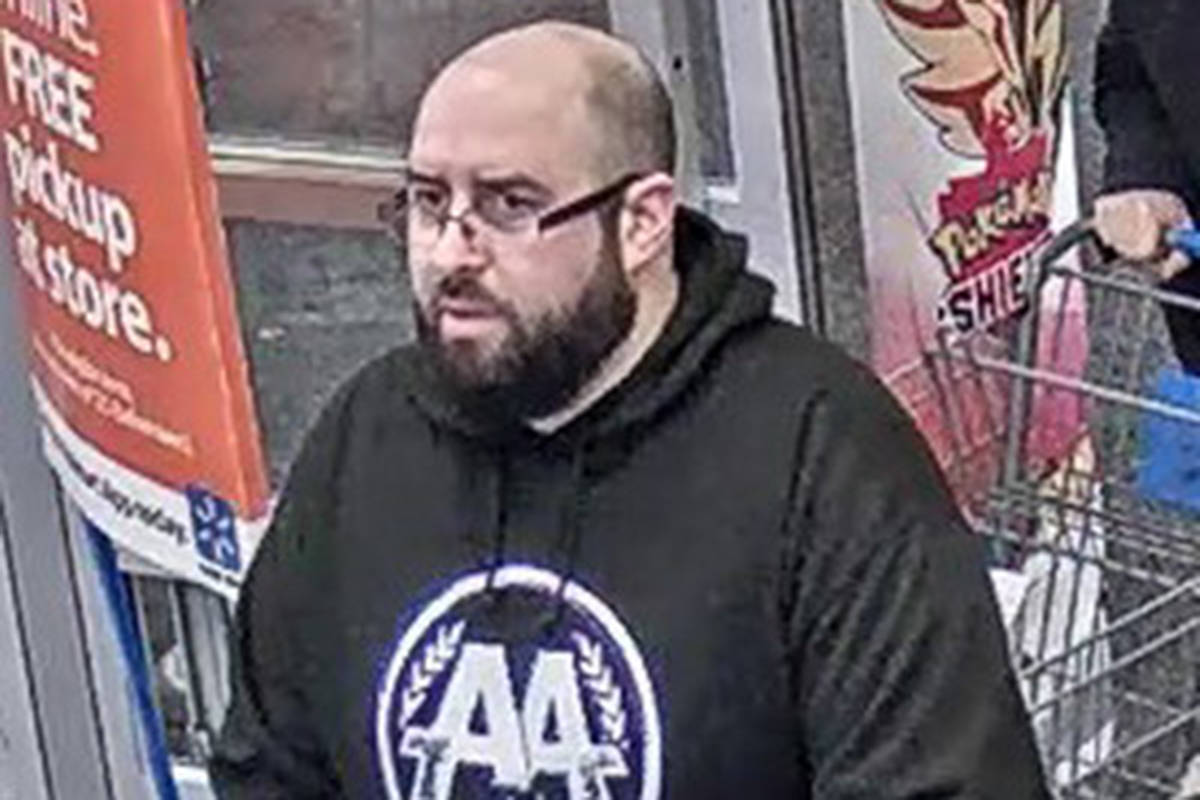 This man is a suspect in an assault in the parking lot of the Langley Walmart on Nov. 16, police say. 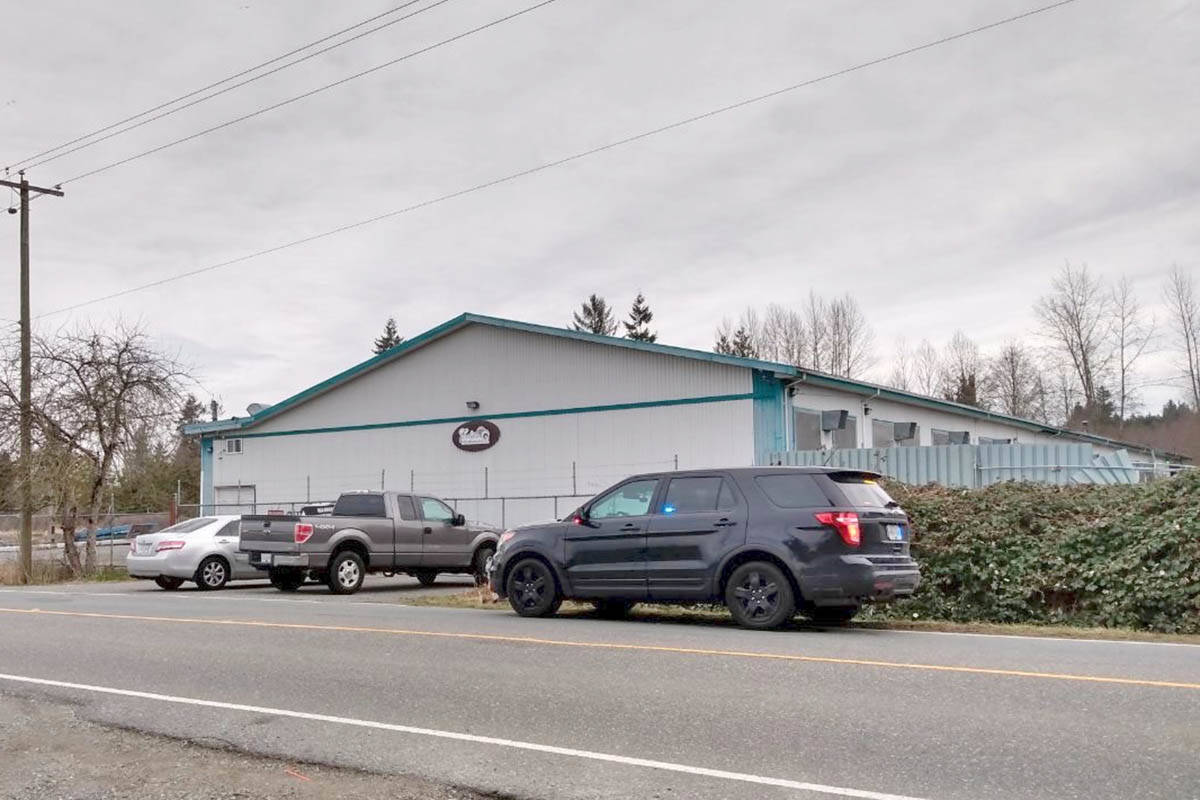 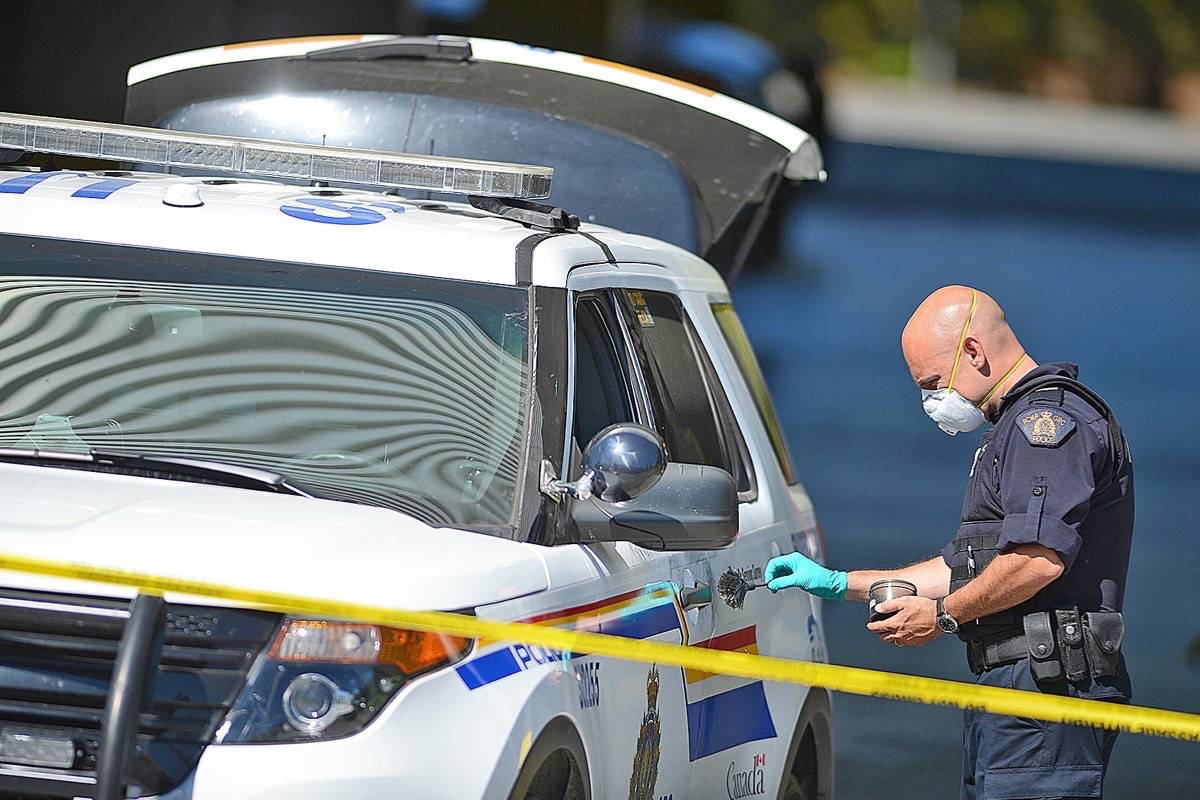 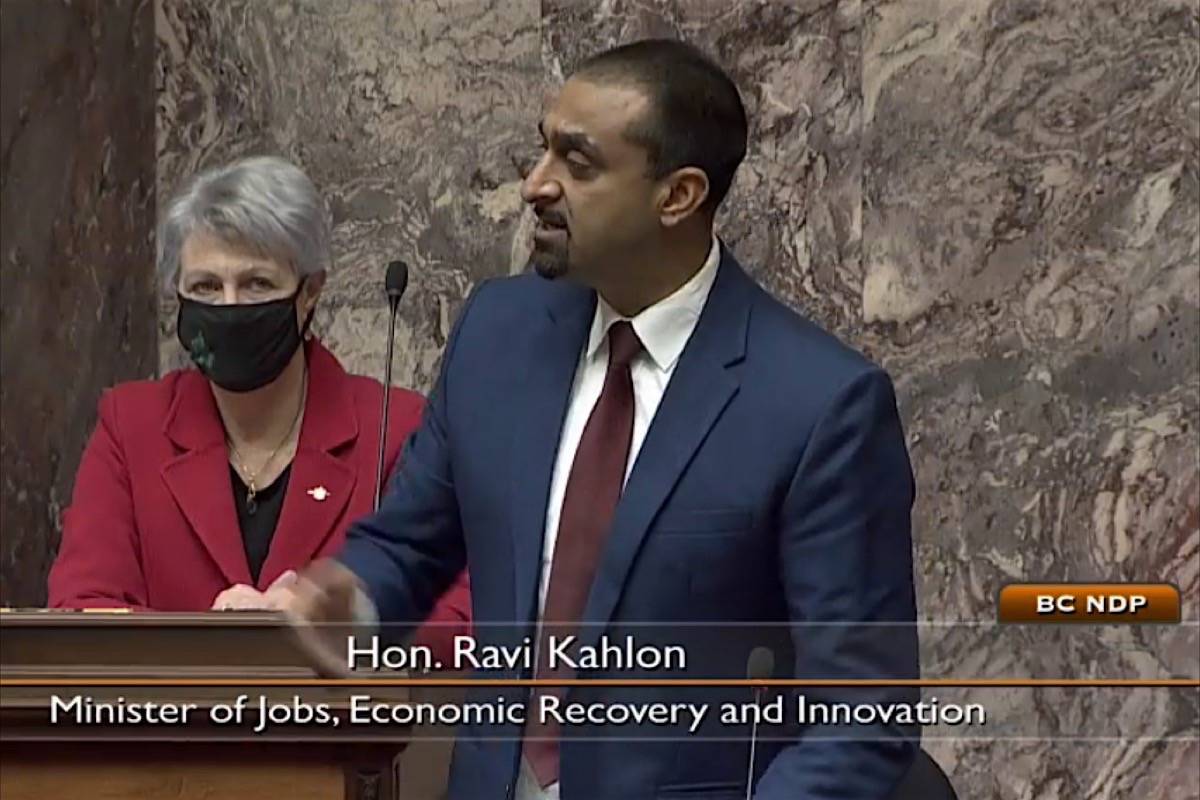 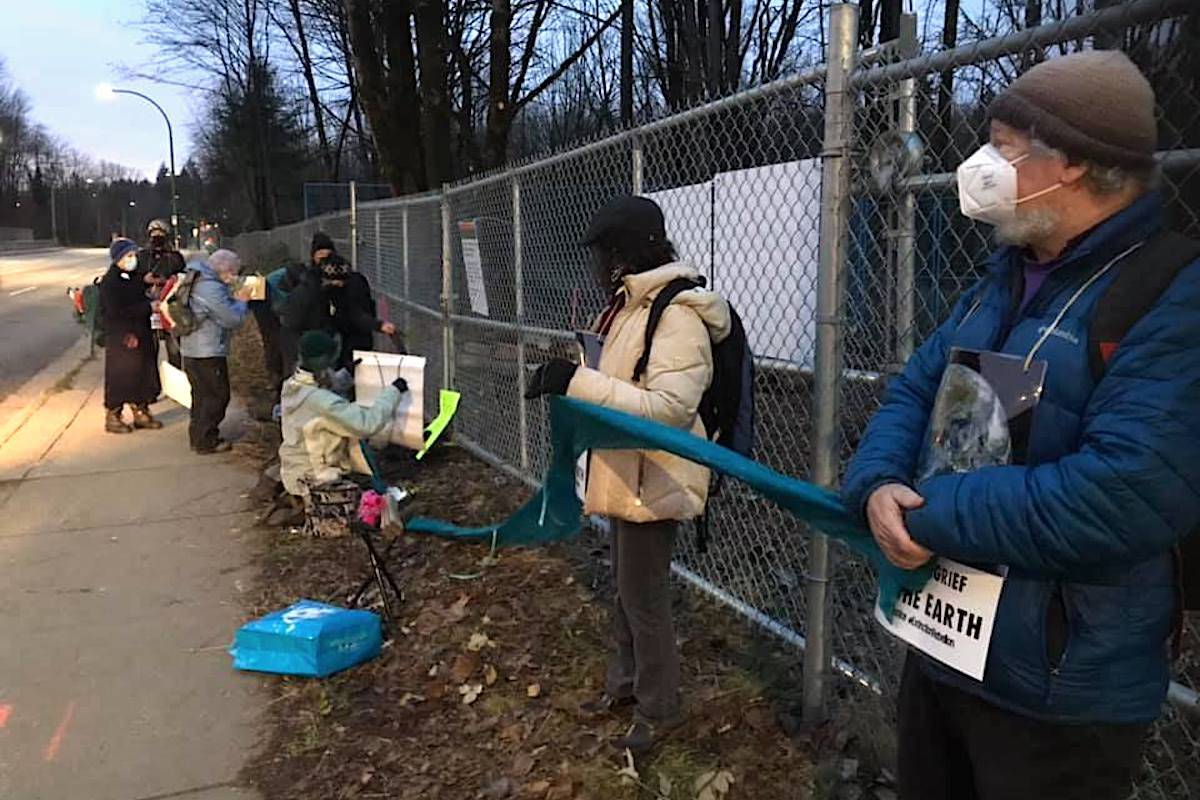 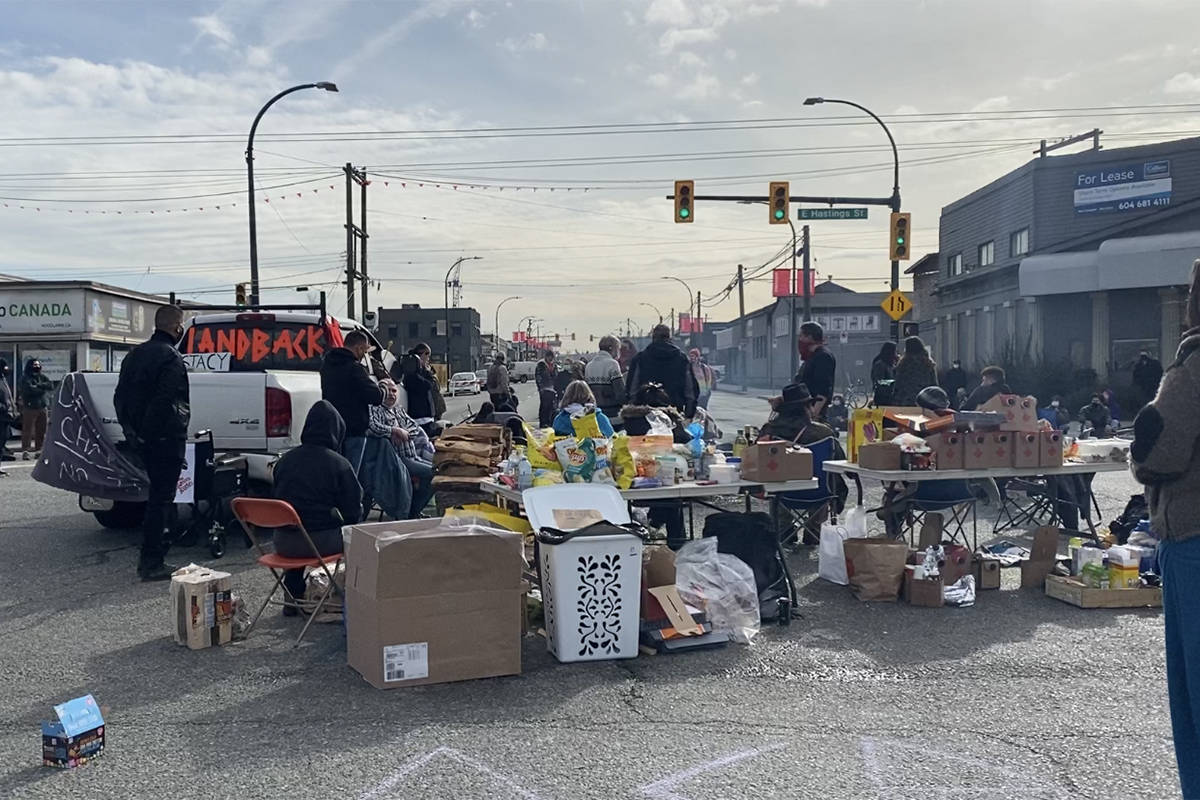 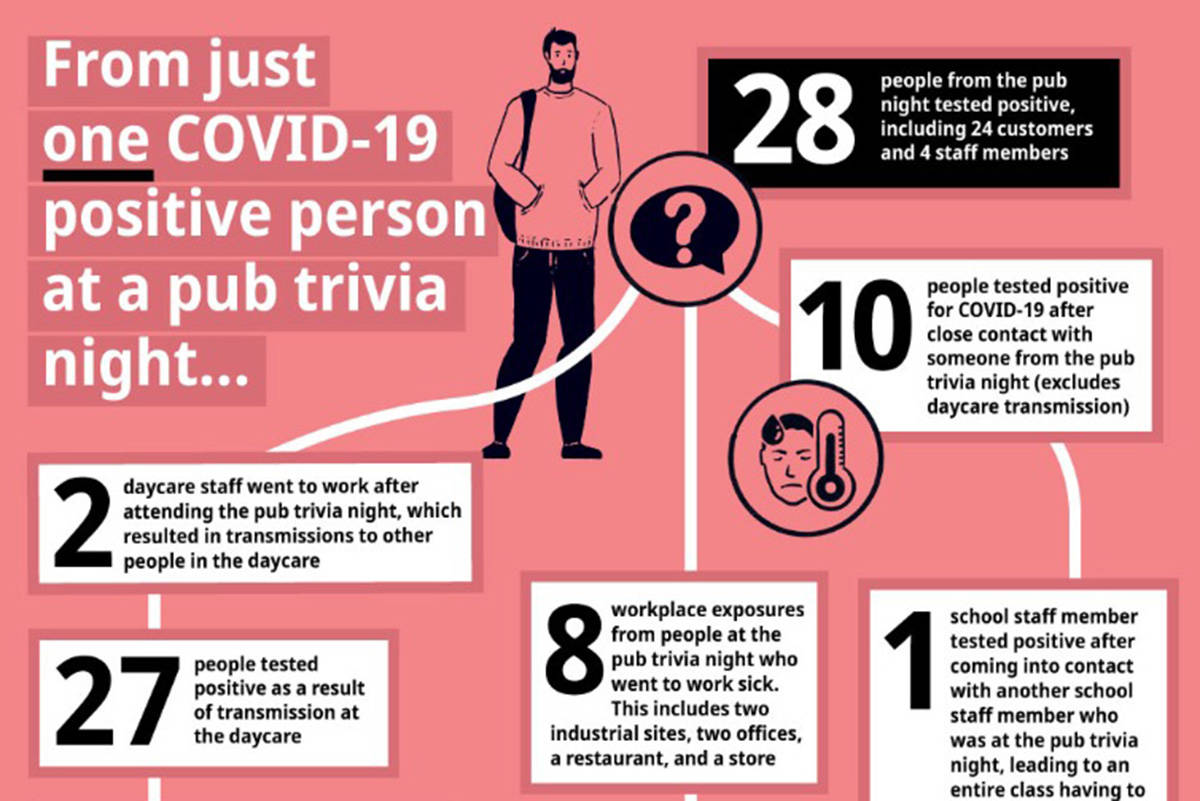 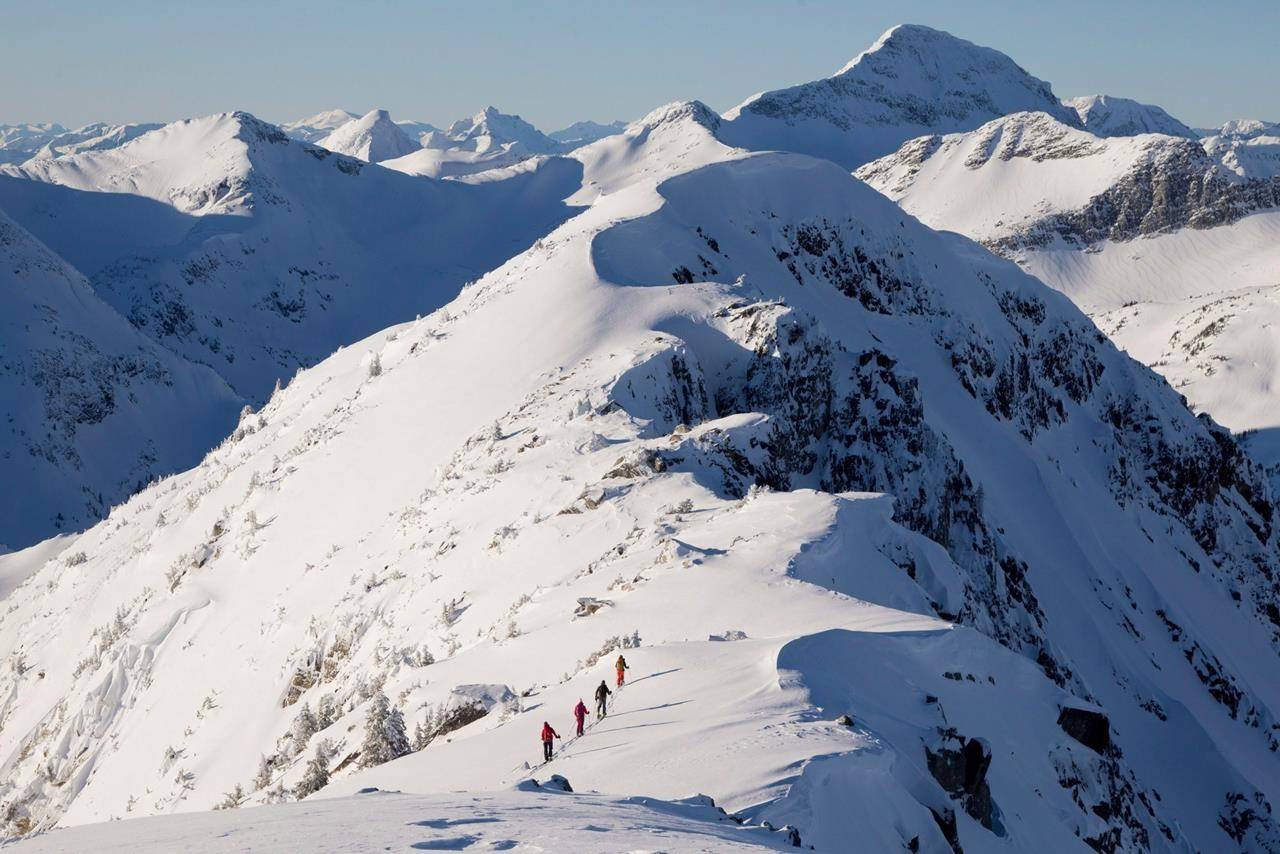