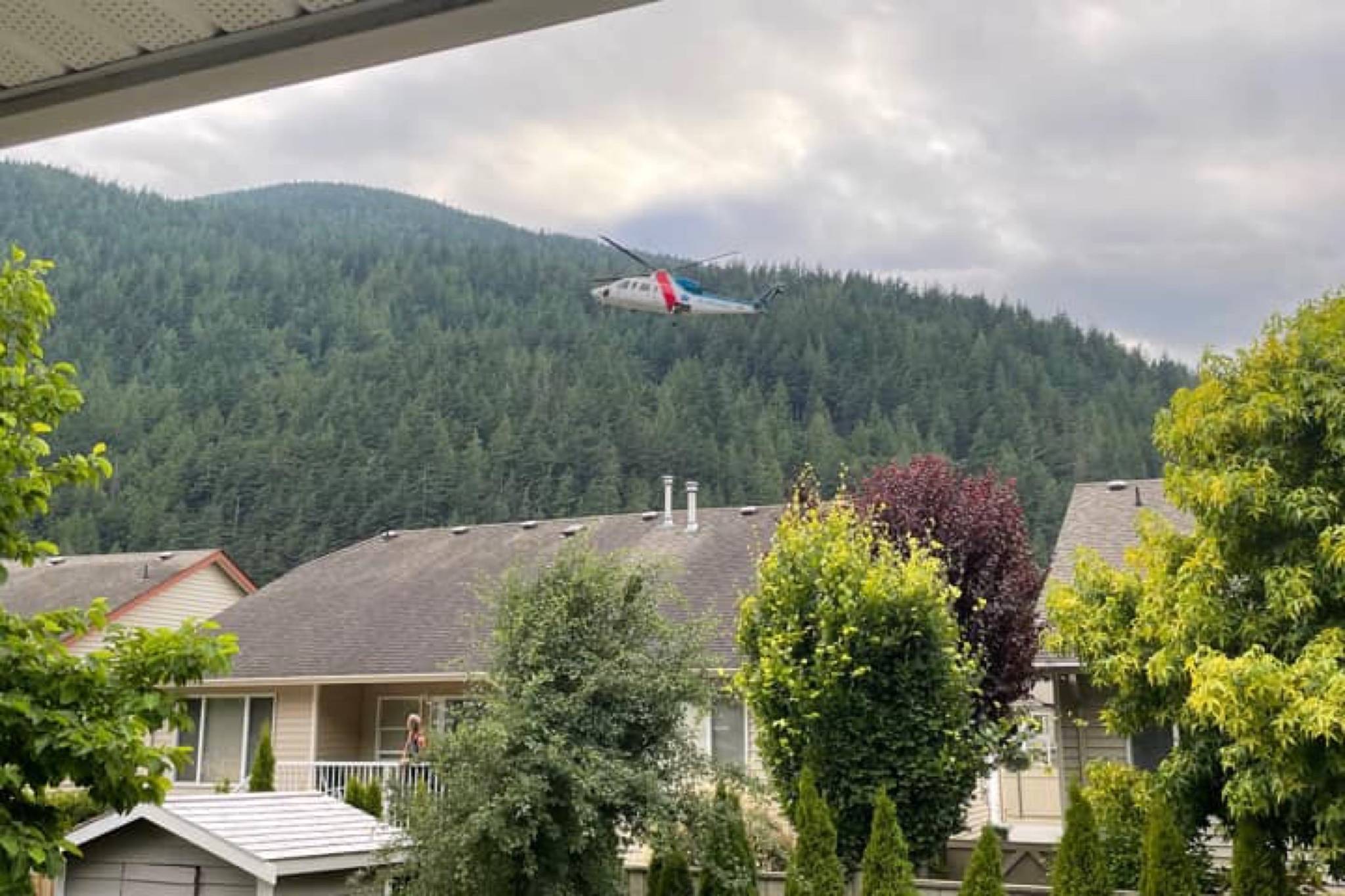 An air ambulance hovers over Harrison Hot Springs as medics respond to reports of a two-year-old drowning in a hot tub. Thanks to the quick action of emergency responders, two toddlers were saved from drowning last week. (Photo/Caprice Schweda)

Two toddlers were saved from drowning within a week in Agassiz-Harrison.

On Monday, June 28, B.C. Ambulance Service and the Agassiz Fire Department were called out to Else Road in Agassiz, where a two-year-old was found unresponsive in a swimming pool. The child was airlifted to hospital and regained consciousness along the way, according to Agassiz RCMP spokesperson Sgt. Mike Sargent.

“The quick actions of those on scene prevented this incident from ending in tragedy,” he added.

Three days later, a toddler fell into a hot tub in Harrison Hot Springs and B.C. Ambulance Service responded to the Esplanade Avenue scene. The child was taken to the Harrison boat lanch, where they were taken via helicopter to hospital; Sargent said they expected a full recovery.