Months of work led to three arrests, along with the seizure of guns, cocaine, fentanyl, and $25,000 in cash from a suspected dial-a-dope ring operating out of Langley and with ties to Vernon, say Langley RCMP officers.

Staff Sgt. Loi Ly, commander of the Investigative Services unit in the Langley detachment, said the arrests and seizure are part of local efforts against the drug rings and gangs that have fuelled the spree of fatal shootings across the Lower Mainland in recent weeks.

“The strategy is we hit them where it costs the most,” Ly said of drug investigations.

The dial-a-dope investigation began several months ago with information on a local drug ring.

“These drug and weapons investigations take a lot of time and effort,” he said.

Once a link to Vernon was discovered during the investigation, local officers coordinated with Vernon RCMP, and on May 5, the Langley Drug Section and Langley Strike Force units raided two locations, while the Vernon RCMP Targeted Police Unit headed to a third. All the units were armed with search warrants.

The three searches turned up the cash, two rifles and a pistol-grip shotgun, ammunition, and multiple ounces of suspected cocaine and fentanyl, along with a 2021 Range Rover.

All three guns were either illegally possessed or stored.

One person was arrested in Vernon and two in Langley, Ly said.

“They have some ties to gangs and organized crime for sure,” he said, and the Langley suspects were known to police.

Ly would not name the specific criminal group thought to be involved, as he said there may be follow-up investigations linked to these raids.

As soon as the drugs are tested and confirmed by a lab to be fentanyl and cocaine, the RCMP will update its recommended charges and B.C. Prosecution Services will be able to decide what charges, if any, will be laid, said Ly.

As well as seizing the drugs, other items could be seized either as part of the criminal investigation, or later under civil forfeiture rules, Ly said. He noted that it is usual in these cases to seize the phone number that was linked to the dial-a-dope ring so it can’t be used again.

The burden of proof to seize items like cars is higher under criminal rules, but in B.C. the Office of Civil Forfeiture will use civil courts to seize items – including cars and land – that are thought to have been bought with the profits of crime or used to facilitate crime.

Dial-a-dope rings are local or regional drug hubs, where illicit drug users can call a specific number to arrange purchases. This number was strictly used in Langley. 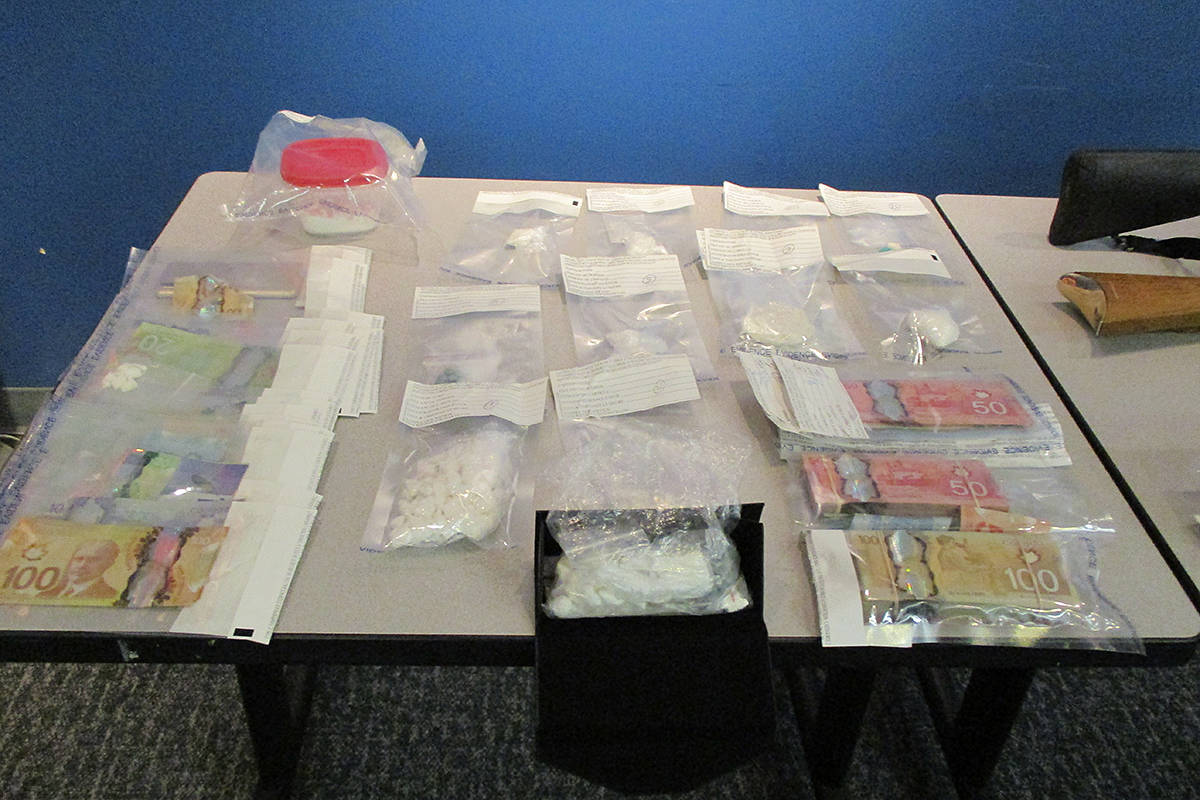