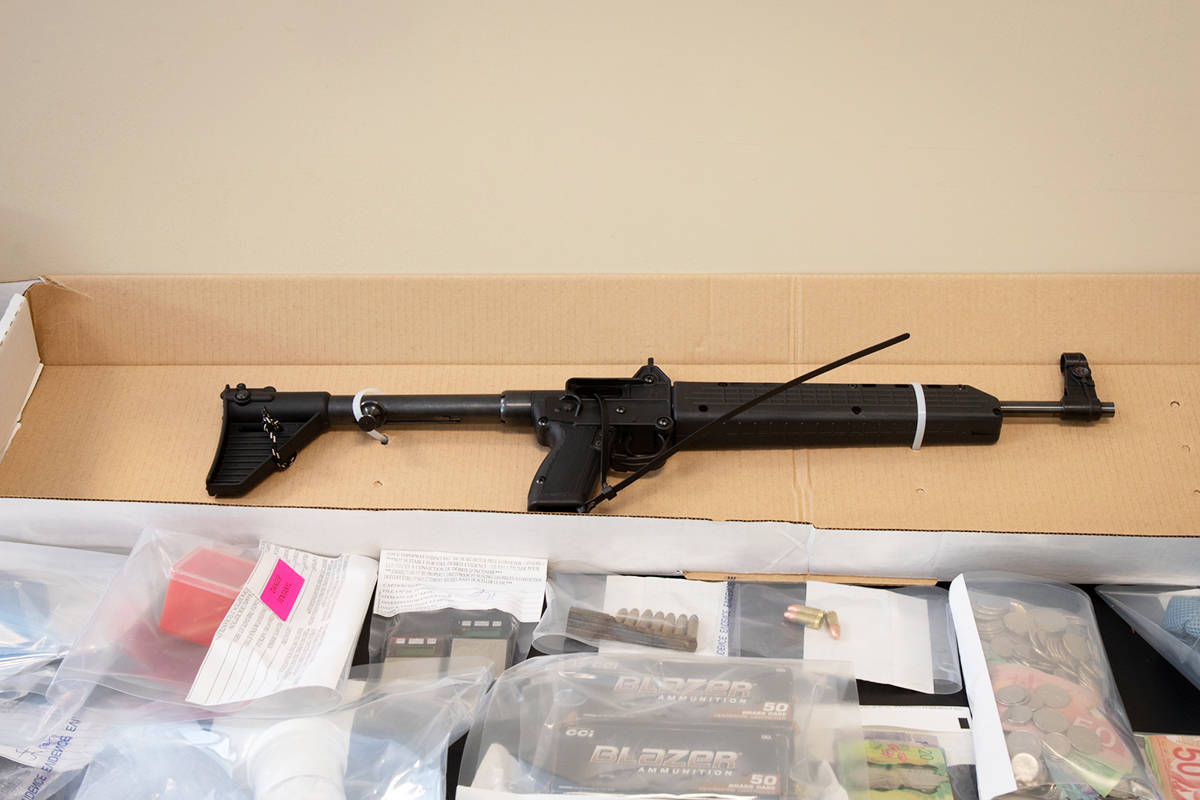 Ridge Meadows RCMP seized drugs, cash and guns from a house on Lougheed Highway and 221 Street. (Special to The News) 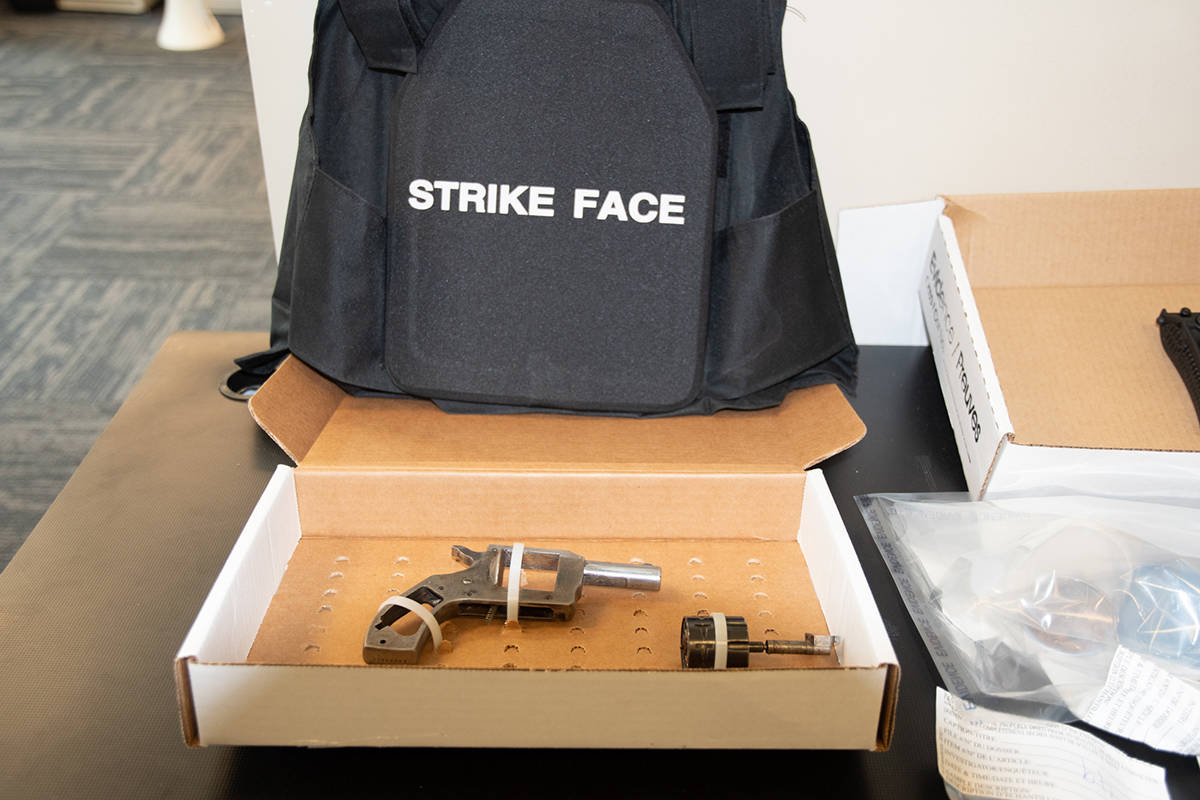 Body armour was also found at the house on June 11. (Special to The News) 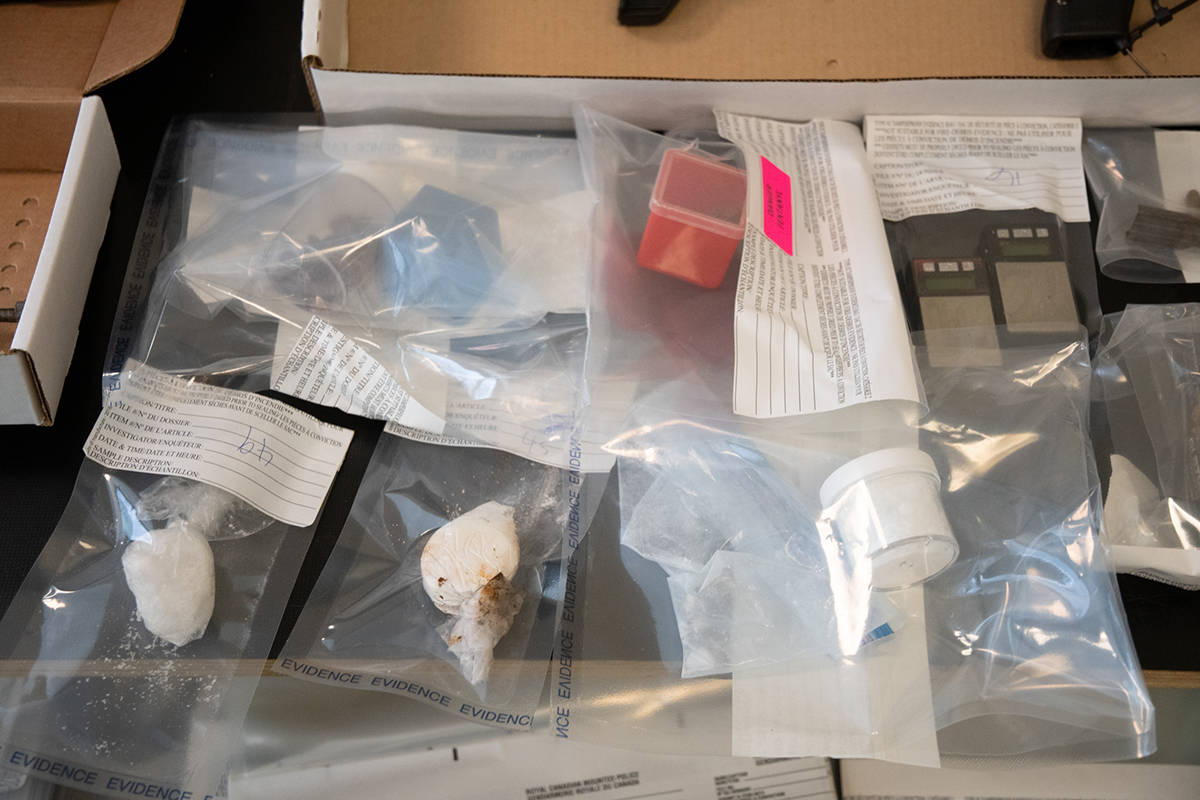 Suspected illicit drugs believed to be fentanyl, cocaine, and crystal meth were located. 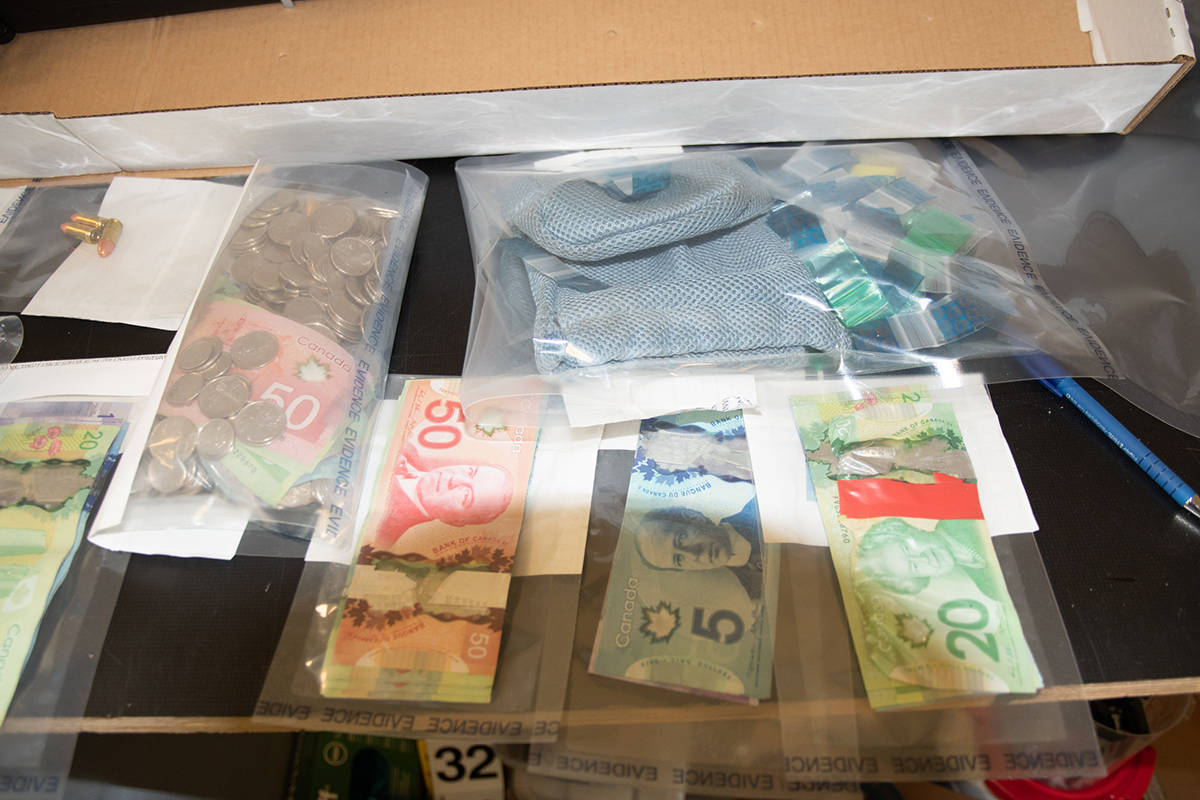 Heavy weaponry and hard drugs were seized after a heavy police presence descended upon a Maple Ridge home on Friday, June 11.

The Ridge Meadows RCMP’s street enforcement unit executed a search warrant on a property in the 22100 block area of Lougheed Highway, which resulted in three arrests as well as a big haul of suspected illicit goods.

One man and two women were arrested.

One semi-automatic rifle, one revolver hand gun, several rounds of ammunition, suspected drugs – believed to be fentanyl, cocaine, and crystal meth – one body armour vest, and more than $1,100 in cash were seized.

The RCMP’s Lower Mainland integrated emergency response team and Maple Ridge Fire assisted with the incident in case a ‘flash bang’ needed to be used.

Inspector Adam Gander explained during a search warrant process the emergency response team may use a variety of different distractionary devices and methods.

“Out of an abundance of caution, Maple Ridge Fire department assisted Ridge Meadows RCMP as a precautionary measure to ensure the safety of everyone involved,” he said.

The investigation is ongoing and charges will be recommended to Crown counsel for a BC Provincial Court process.