A small plane crashed on landing at the Langley Regional Airport Saturday evening.

Multiple units of the Langley fire department, RCMP as well as several ambulances were called to the scene shortly before 6 p.m.

At least four ambulances were seen at the scene.

It appeared the single-engine plane suffered a landing gear failure as it was touching down.

It ended up with its tail up and nose down on the east-to-west strip at the airport.

While emergency crews responded, there were no injuries, according to Langley Township deputy fire chief Bruce Ferguson.

“We were just there as a precaution,” Ferguson said. “But there was no fire, no fuel spill, not injuries.” 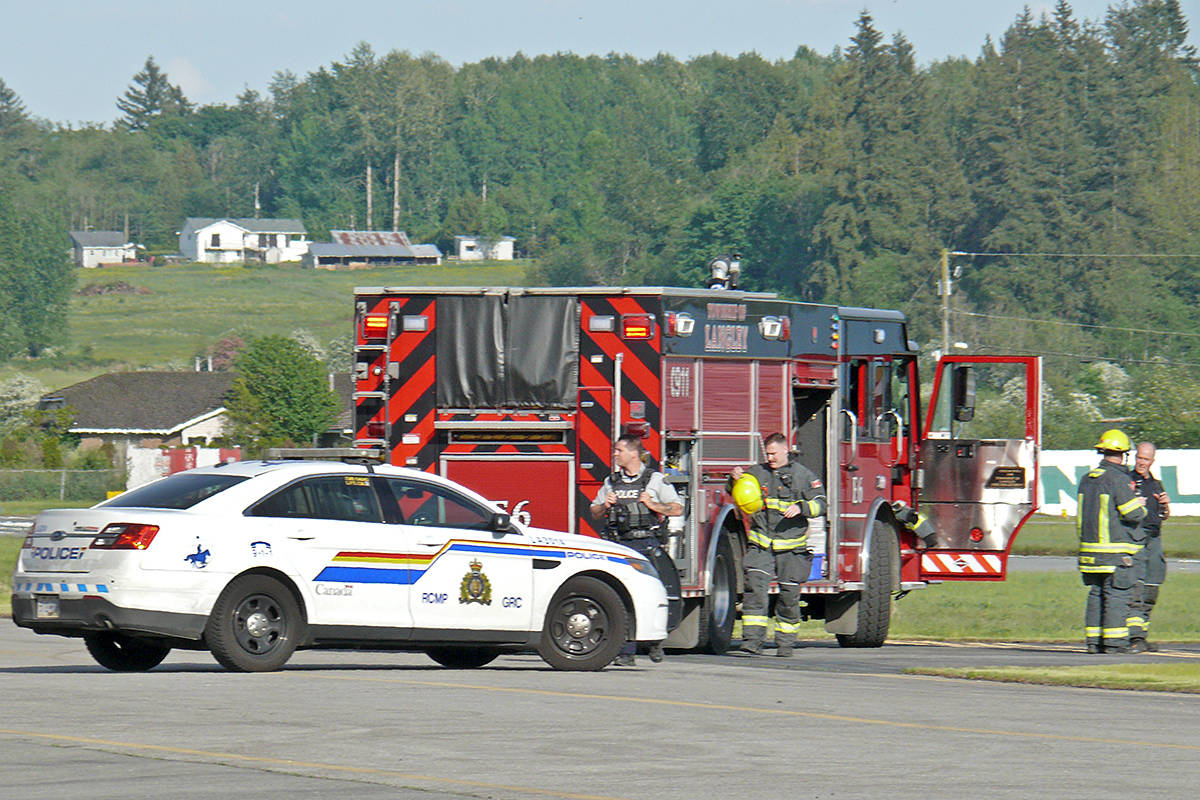 Fort Langley Air has one foot planted in Pitt Meadows