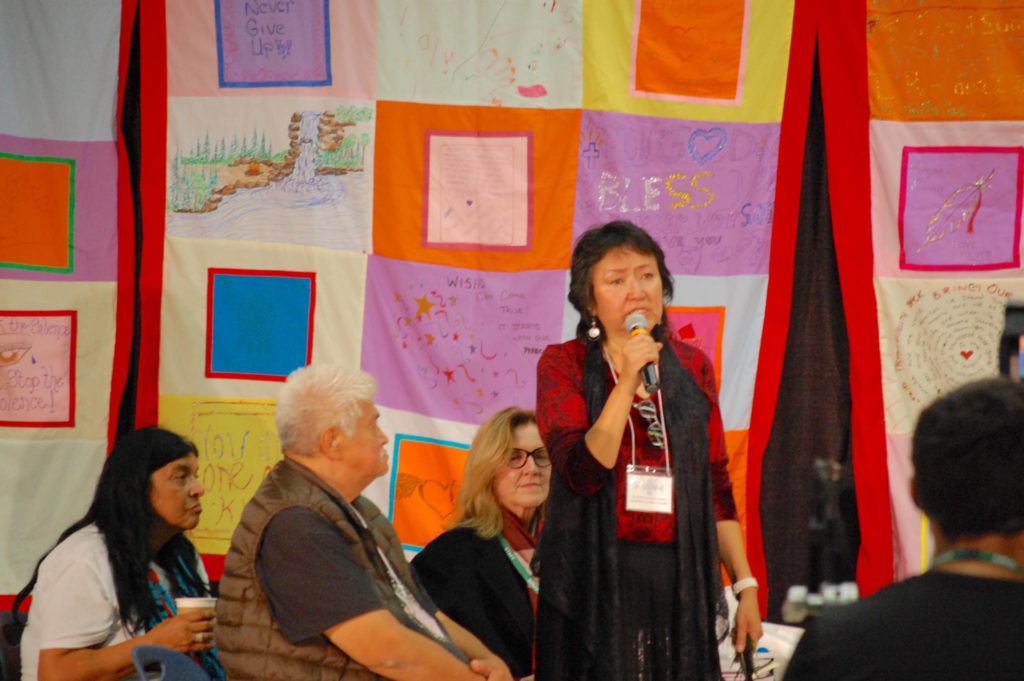 Stories of loss, frustration and life-long grieving were shared during the first B.C. stop for the national inquiry into Missing and Murdered Indigenous Women and Girls.

The week-long hearing, taking place in Smithers, is the second of nine places so far announced the inquiry is visiting across Canada, and the first since it delayed hearings to change how it prepared families ahead of time. The first was held May 30 to June 1 in Whitehorse.

The chief commissioner and others involved in the inquiry participated in a walk into Smithers Monday evening, followed by the lighting of the sacred fire, a water ceremony and a brushing off ceremony for families of the murdered and missing women.

The first person to share her story to the panel was Vicki Hall. Hall is from Prince Rupert and was only six months old when her mother was murdered in 1978. She lived with her grandparents but said she suffered abuse and left the house at age 13. Her mother, Mary Jane Hill, was only 31 when she died. Her body was discovered naked outside of Prince Rupert along Highway 16, while her clothes were found in an alleyway in the city.

The case remains unsolved and Hill told the commissioners that she doesn’t know if there was ever a suspect. She went on to say that she’s had trouble finding information and that the local RCMP have not been helpful in giving her answers. The only thing she has ever gotten is a 90 page copy of a coroner’s inquest.

Hill has asked the RCMP to see her mother’s case but was told the images were too disturbing.

“But why can’t I have them? Who else has seen them?” she questioned.

Protect E-PANA investigators (a task force dedicated to the unsolved murders along the Highway of Tears) spoke with her while doing their investigation but told her her mother does not fit the criteria to be on their list. She told the commissioners that was frustrating and makes her feel angry. Hill explained that she has had many personal problems to overcome including turning to alcohol to numb the pain.

She hopes the outcome of the inquiry will help get better transit along Highway 16, improved cell service from Terrace to Prince Rupert, more signage warning of the dangers of hitch hiking and justice for mother and all the other missing and murdered women. But nothing will bring back her mom.

“She won’t be there for me when I need her the most and that isn’t fair. She didn’t deserve this whatsoever, she had children to look after and siblings. She wasn’t there when her grandchildren were born. It’s so tough and now I have to deal with it,” she said.

Hill added that she isn’t just speaking up for her mom but for all the families victimized by the Highway of Tears.

“I can feel the hurt. I am not afraid. I have my rights too and things need to change no matter what,” she said.

Chief Vivianne Tom from Burns Lake also spoke about losing her daughter in 2013 and what led up to her murder.

Tom’s daughter Destiny was only 21 when her abusive boyfriend killed her. Tom told the commission her and her husband thought about suicide or turning to alcohol to end their pain but decided that raising Destiny’s baby was more important.

Tom said the toughest part of losing her daughter was seeing her body in the mud and snow under a tarp and the police not letting her go under the crime scene tape to hug her daughter one last time.

Tom said there weren’t enough resources to help her daughter get clean and get away from her baby’s father, despite him being charged twice after assaulting her.

Because of time constraints the next two sessions ran simultaneously in two different places.

One of Darlene Jack’s family members, a victim of the Highway of Tears, spoke in one room of the Northwest Community College beside the hall, and the family of Tamara Chipman’s, a missing Prince Rupert woman, continued in the friendship hall.

Several members of Chipman’s family gathered together in front of the commission. Her father spoke first about when she first went missing in 2005, often breaking down.

He said the RCMP were helpful when filing the missing persons report, something he’s heard otherwise from other families of missing women. Tamara had her own car and her father wasn’t sure why she was last seen hitchhiking near Prince Rupert.

Her aunt Lorna Brown blames social services for taking away her son when he was only six months old and treating her unfairly, the result being a spiral into a different lifestyle.

“They judged her but I saw how much she loved him and how it tore her apart not to have him,” she said. “If only they had given him back to her sooner, I think she would still be here with us today.”

The community hearings continue Wednesday and Thursday in Smithers. 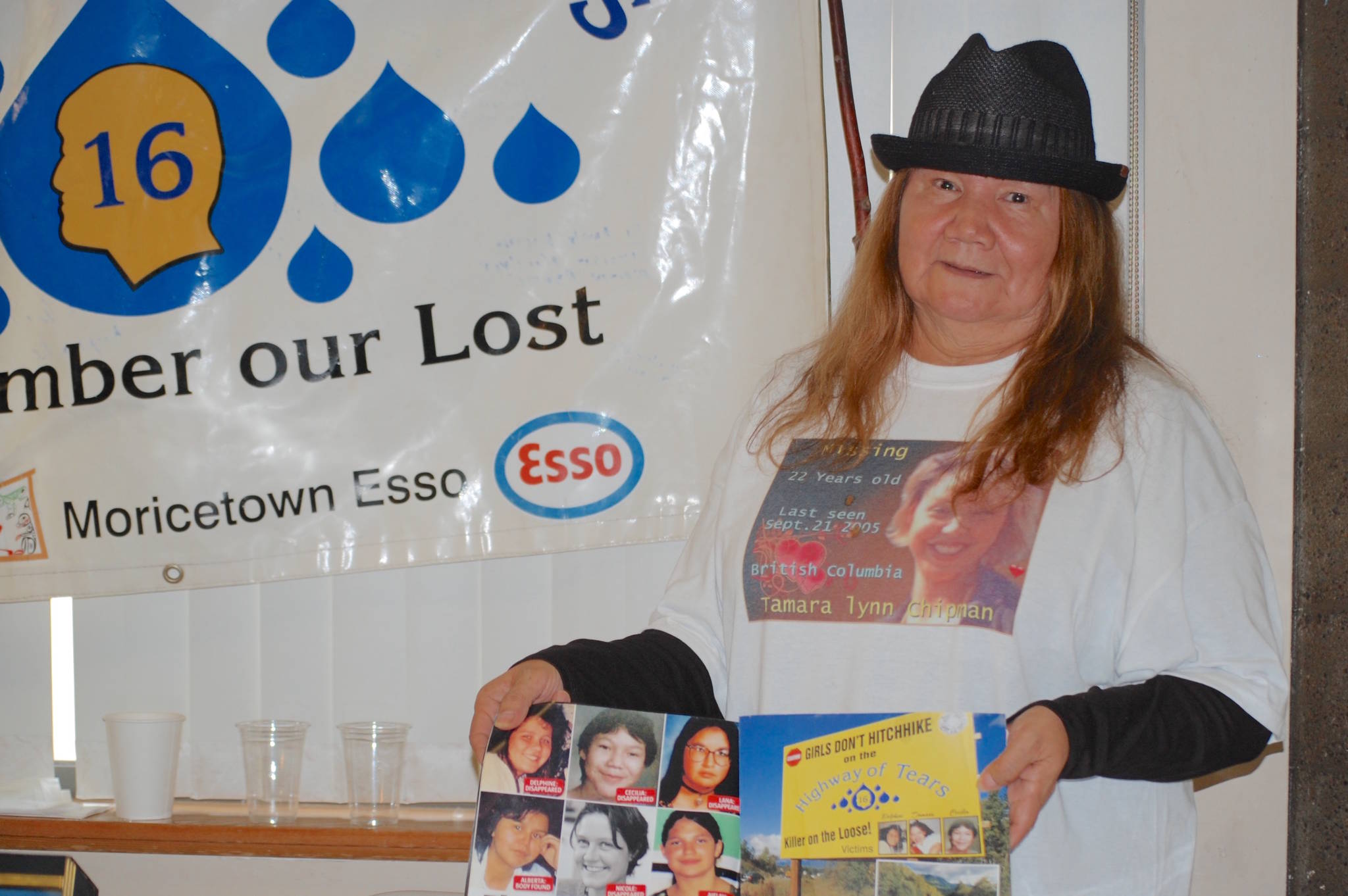 Florence Naziel, who is related to Tamara Chipman, a missing woman, brought photos of Highway of Tears victims to the national inquiry. (Marisca Bakker photo) 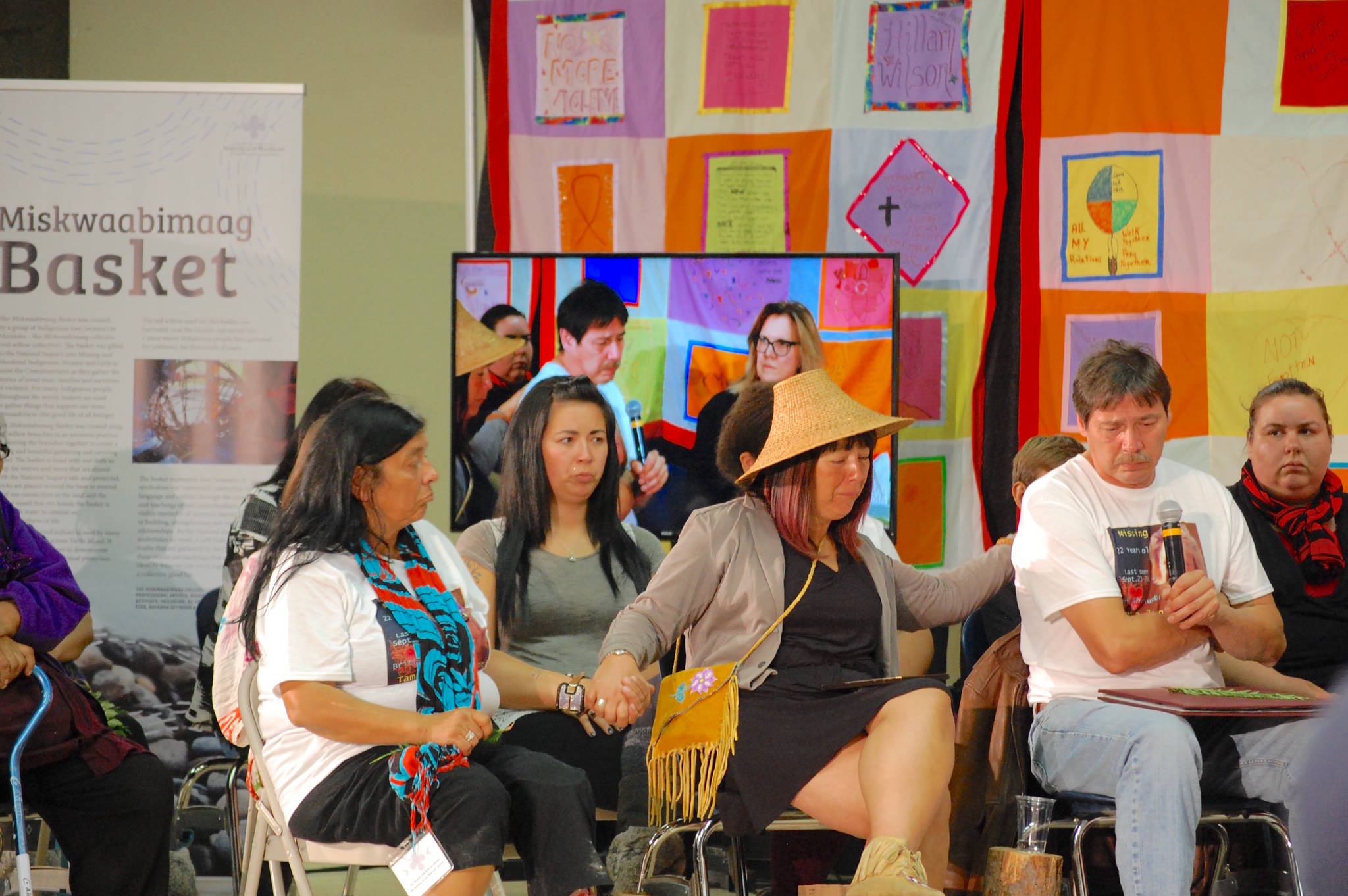 Tamara Chipman’s father (far right) breaks down while telling stories of his daughter, Tamara, who went missing in 2005 along the Highway of Tears. (Marisca Bakker photo) 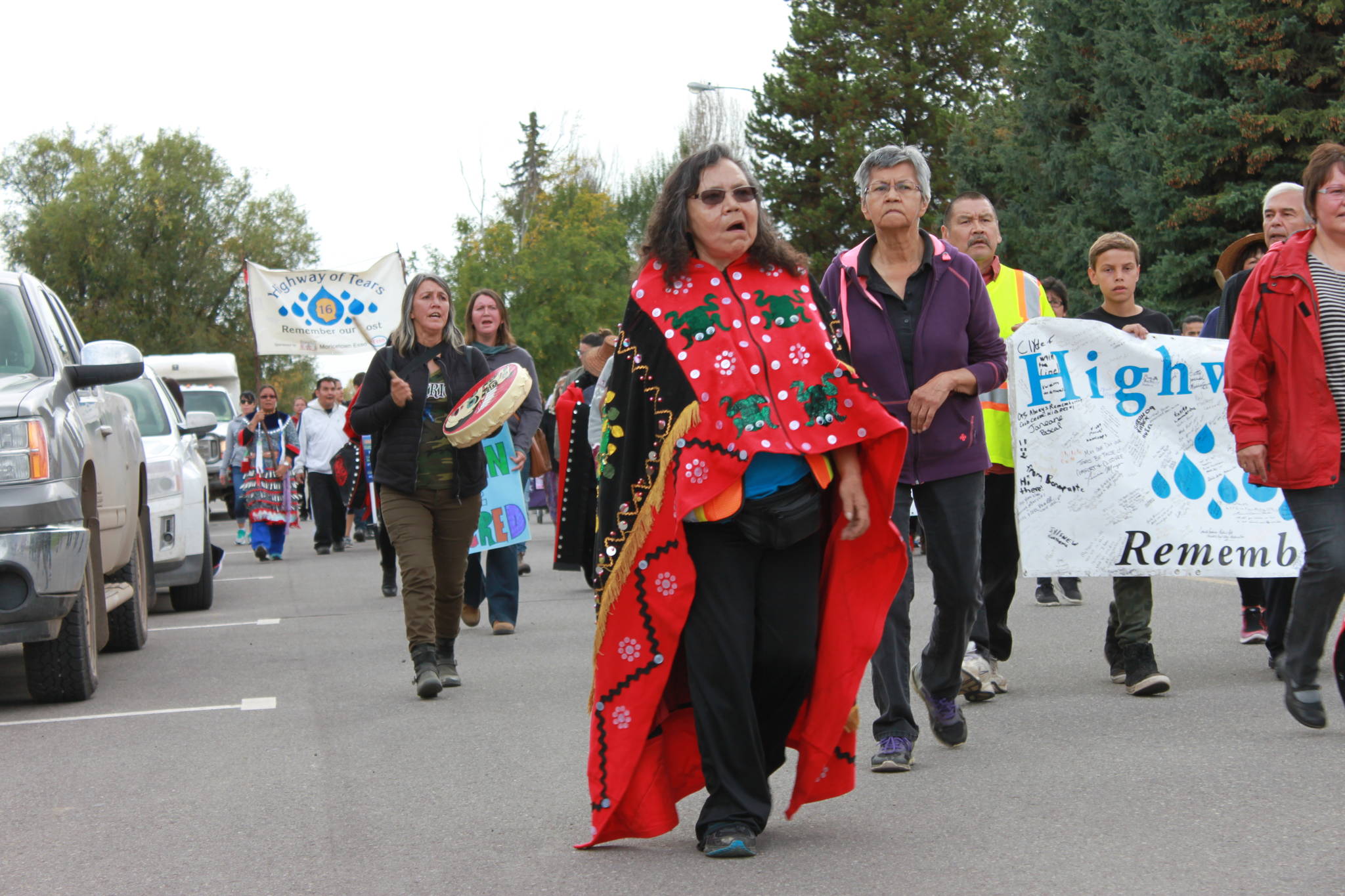 People walked from Prince Rupert, along the Highway of Tears, to Smithers ahead of the community hearings. (Josh Casey photo)