An air of joy filled the Patti Dale Shelter in Aldergrove earlier this week, as staff, volunteers, and visitors enjoyed cupcakes and cuddles for a worthy cause.

The fifth-annual Cupcake Day at Langley Animal Protection Society (LAPS) saw happiness expressed despite the hardship that many of the shelter’s animals go through after having been surrendered or abandoned by their owners, left sick, injured, or found as strays.

This reality was not lost on groups of people who came specifically to see two-year-old Baloo, an gigantic English mastiff with a troubling story of his own.

A few cuddle booth visitors shed tears when they first laid eyes upon the towering canine, shaking and gentle in the flesh.

“Some of these animals. No matter the atrocities they’ve been through, they just keep loving,” said Jackie Mandzak, who adopted her dog from LAPS and came all the way from Mission, to meet Baloo.

“It breaks my heart,” Mandzak said.

“They found him after three weeks in the freezing cold. He was starving and still appears a little underweight,” she continued.

Baloo – a name given to the dog by LAPS – had been waiting outside of the home during this January’s cold snap of freezing temperatures and snow.

His family had already left, and the cold rendered Baloo unable to walk, according to LAPS staff.

Following a flurry of calls from concerned neighbours, a LAPS animal control officer was able to take Baloo to the shelter – with the help of four other volunteers, due to his immense size.

“He couldn’t walk for a long time,” explained LAPS volunteer Kathy Herriat. “And he still has trouble.”

Herriat, who manned the Cupcake Day stand at the shelter, made a point of snapping a picture with Baloo before she left.

“He’s a gentle giant,” she grinned.

What Baloo currently lacks in mobility during this stage in his healing journey, he makes up for in a willingness to be loved, said LAPS volunteer Courtney Brent.

Brent sat with visitors in the cuddle booth as they showered Baloo in affection and treats on Monday.

“He never stops wagging his tail,” she said, wiping the drool from Baloo’s mouth.

Baloo is expected to make a full recovery, but he’ll need a lot more love and veterinarian care while he does.

Those who wish to donate towards Baloo and other animal’s recoveries at the shelter can do so here.

Close to a hundred animal lovers visited the shelter Monday, and more than $800 was raised from the sale of cupcakes.

Volunteer vendors also set up cupcake stands at locations around Langley to drum up fiscal support for LAPS animals.

Scoop ‘n’ Save in Langley donated 280 cupcakes to the shelter, and other businesses, including Sticky’s Candy, Mountain View Veterinary Hospital, and Harvey’s Pet Food, sold cupcakes for the cause. 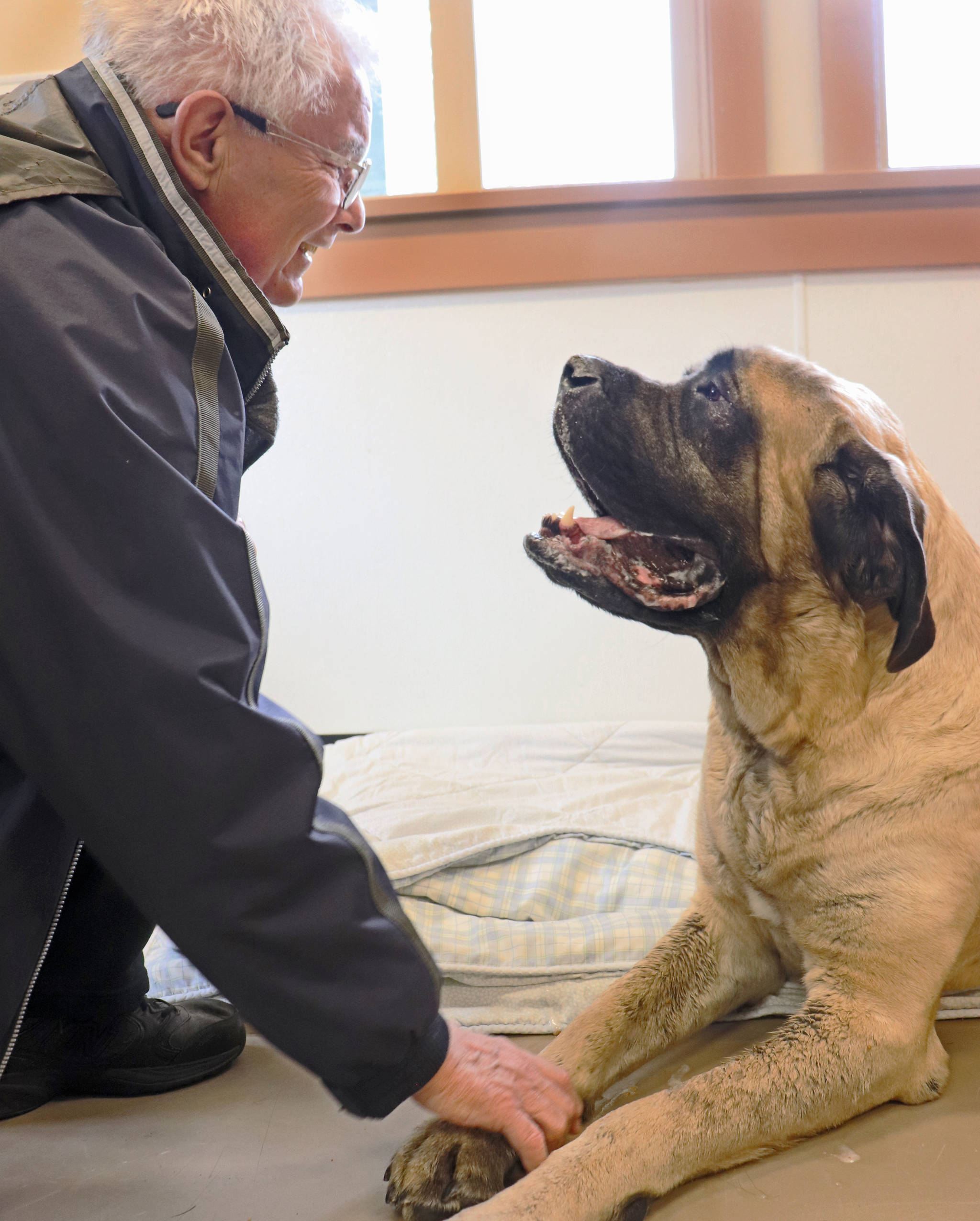 Baloo welcomed visitors for national Cupcake Day on Monday, Feb. 24. Many of them were smitten with the two-year-old English Mastiff, including Langley resident Neil Pangelly. (Sarah Grochowski photo) 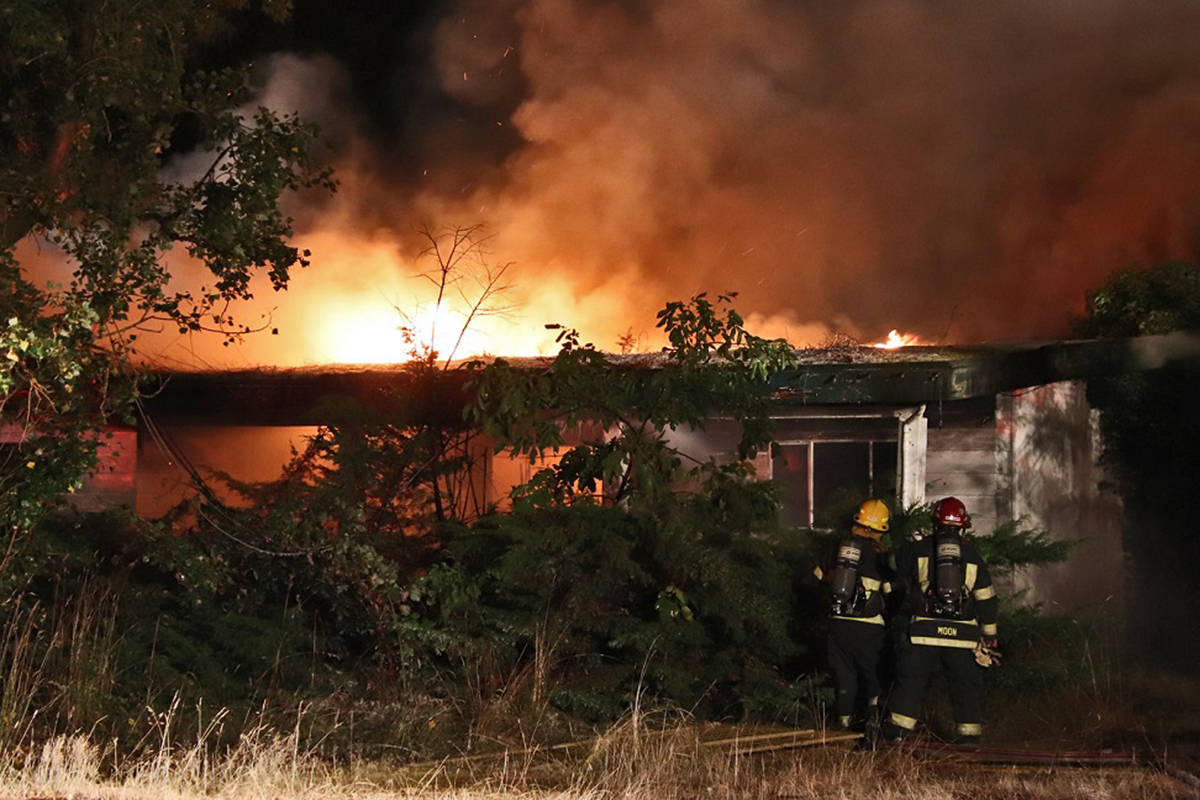