A sinkhole temporarily swallowed a Land Rover at a Langley business parking lot on Wednesday morning.

A water main near the CKF plant in the 19800 block of 57A Avenue caused a major hole to appear in the asphalt, dunking the Land Rover.

Once the water main was shut off, the vehicle was hauled out with no apparent damage.

“It wasn’t that hard to get it out,’ said tow truck driver Kevin Rice.

“Just going out and getting wet.”

Rice said the doors of the SUV were closed at the time, which kept the water out.

The owner was able to drive the Land Rover away.

Traffic in the area was closed off while City crews worked to repair the water main.

Water Service Interruption: 19800 block 57A Ave & 5695 200 St. City crews are on scene repairing a broken water main and the water has been shut down temporarily. The 19800 block of 57A Ave will be closed to traffic until repairs are complete. #LangleyCity ^ds

A CKF manager at the scene, who declined to be identified, was unable to say what effect shutting the water off would have on the plant, which is the largest employer in Langley City with more than 150 staff..

It is Canada’s largest manufacturer of single use plates, under the Royal Chinet brand name. 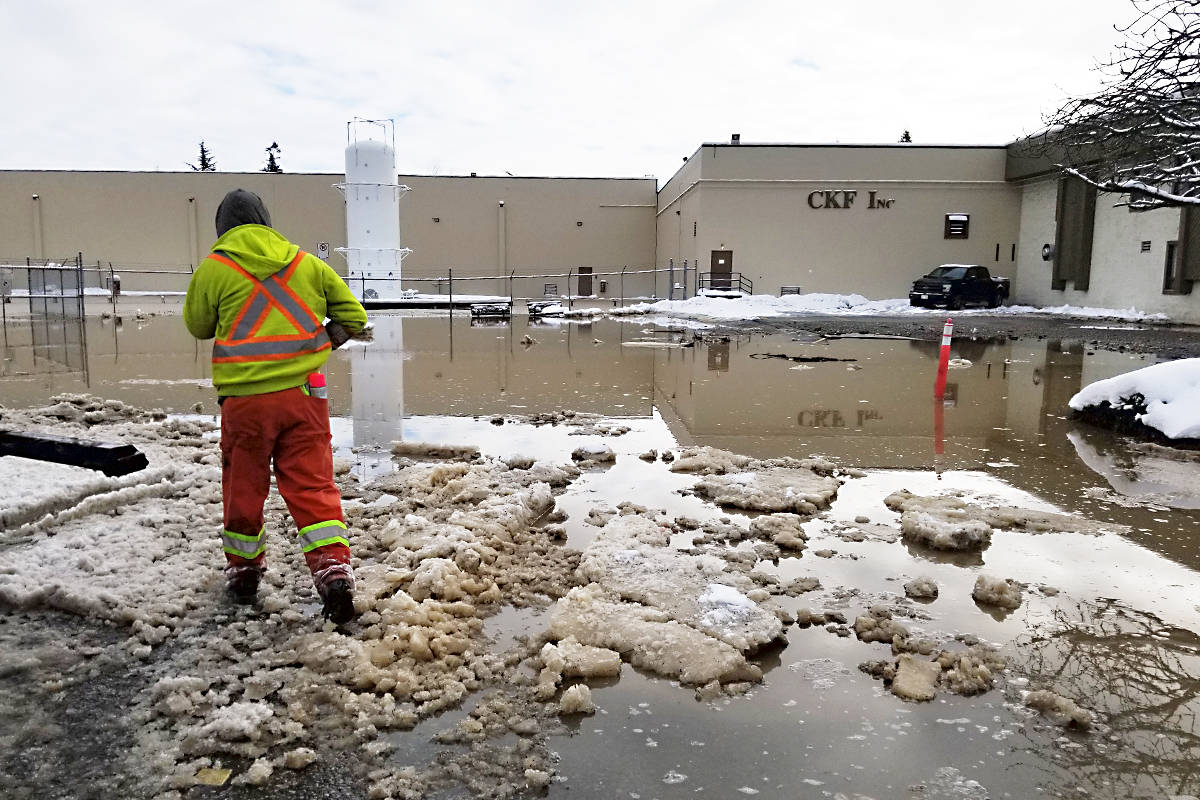 A burst water main flooded a parking lot at the CKF plant in Langley City, creating a sinkhole that a Land Rover fell into. Black Press Media photo

Snow shovel woes: How to avoid injuries in the day-to-day of winter