Drivers from Langley, Pitt Meadows, and Abbotsford could be facing charges after a Langley RCMP operation that turned up everything from drugs to fake IDs to a sword.

The sword and other weapons were found in a Honda Civic that was pulled over in Langley City as part of an operation by the Langley RCMP Special Response Team and Strive Force units over the week of Feb. 14 to 18.

An officer pulled over the car and noticed the sword on the driver’s seat.

The 24-year-old woman driving and her 48-year-old male passenger, both Langley residents, were arrested for possession of a weapon. When the car was searched, police found bear bangers, a machete, a Bowie knife, and two clubs. All the weapons were seized and will be destroyed, said Cpl. Holly Largy, spokesperson for the Langley RCMP.

Two other stops led to seizures, tickets, or recommendations of criminal charges.

In the first, a stolen U-Haul with a prohibited driver at the wheel was pulled over. The 51-year-old Pitt Meadows man was found to be in possession of multiple fake B.C. driver’s licenses and social insurance cards. The driver has been released from custody, and the RCMP has forwarded details of the case to the B.C. Prosecution Service, to consider charges.

Another stop involved a BMW driving on 200th Street. Officers who pulled the car over noted a strong odour of freshly smoked cannabis, and the 20-year-old Abbotsford man driving appeared to be very nervous and sweaty.

When he was asked to exit the vehicle, the officers spotted a large knife in the center console.

The vehicle was searched, and individually packaged drugs were found. The man was given a ticket under the Cannabis Control and Licensing Act, and other information was forwarded to the Prosecution Service, for consideration of criminal charges.

The stops have been about suppressing violence around Langley, according to the RCMP.

“Langley RCMP is committed to reducing violent crimes within our communities, and this partnership is just the beginning of our efforts to eradicate this intolerable behaviour,” said Supt. Adrian Marsden, officer in charge of the Langley RCMP detachment. 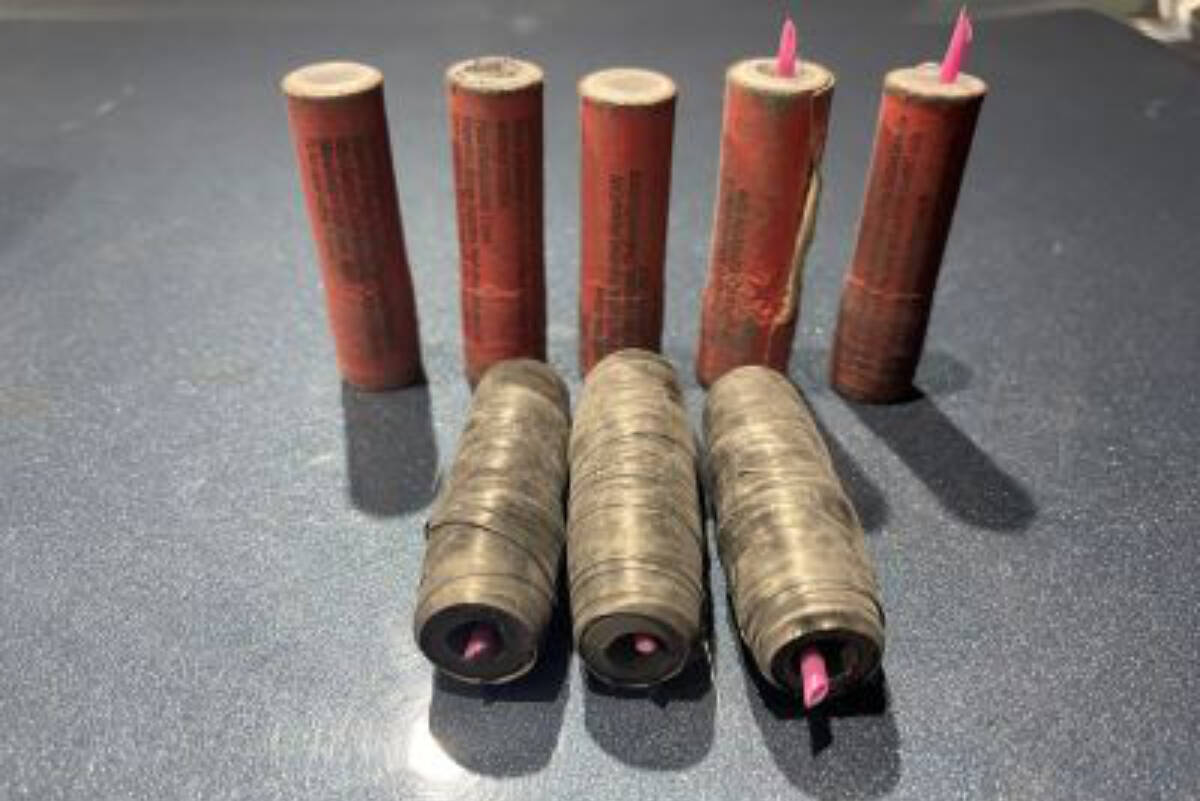