Dino fans from across the world bid on life-sized animatronic dinosaurs at a Langley auction Thursday (Aug. 6).

While many of the large models fetched thousands of dollars, the big seller was a Tyrannosaurus rex, which ended up fetching $40,000.

Able Auctions president Jeremy Dodd said most of the dinosaurs sold in the range of $8,000 to $18,000 to a variety of businesses.

A pair of Tyrannosaurus rex costumes, which included cameras and internal monitors so wearers can see where they’re going, went for $6,000 each.

“We had zoos, we had museums, we had liquor stores, and we had restaurants bidding on these items,” he said.

“We had had one guy in Alberta who bought a dinosaur to put up as an exhibit in the small town he lives in,” Dodd added.

“He just wanted to put up an exhibit that he thought his neighbours would like.”

A significant number of the buyers were from Alberta. Even before the auction began, interest from around Drumheller – home of Canada’s Royal Tyrell Museum of Palaeontology – had been intense.

In the end, the majority of lots went to Alberta buyers, but there were several local buyers as well, Dodd said.

While the prices were high and the buyers motivated, the unique nature of the auction meant there were fewer interested parties than for a typical Able Auction sale, said Dodd.

An auction of fitness equipment might get 2,500 bidders registered. Anyone can put a treadmill in their garage, Dodd noted.

But this auction, despite worldwide interest, had about 1,000 registered bidders.

The event drew a lot of attention to Able, Dodd noted, but he doubts there will be a repeat.

“I’m not holding my breath for the next dinosaur auction,” he said.

READ MORE:Build your own dinosaur zoo with animatronic auction in Langley

There were 550 items total in the lot, which also included fossils, as well as lighting and sound equipment to show the creatures.

The collection became available when a company that exhibited the items went bankrupt a couple months ago. 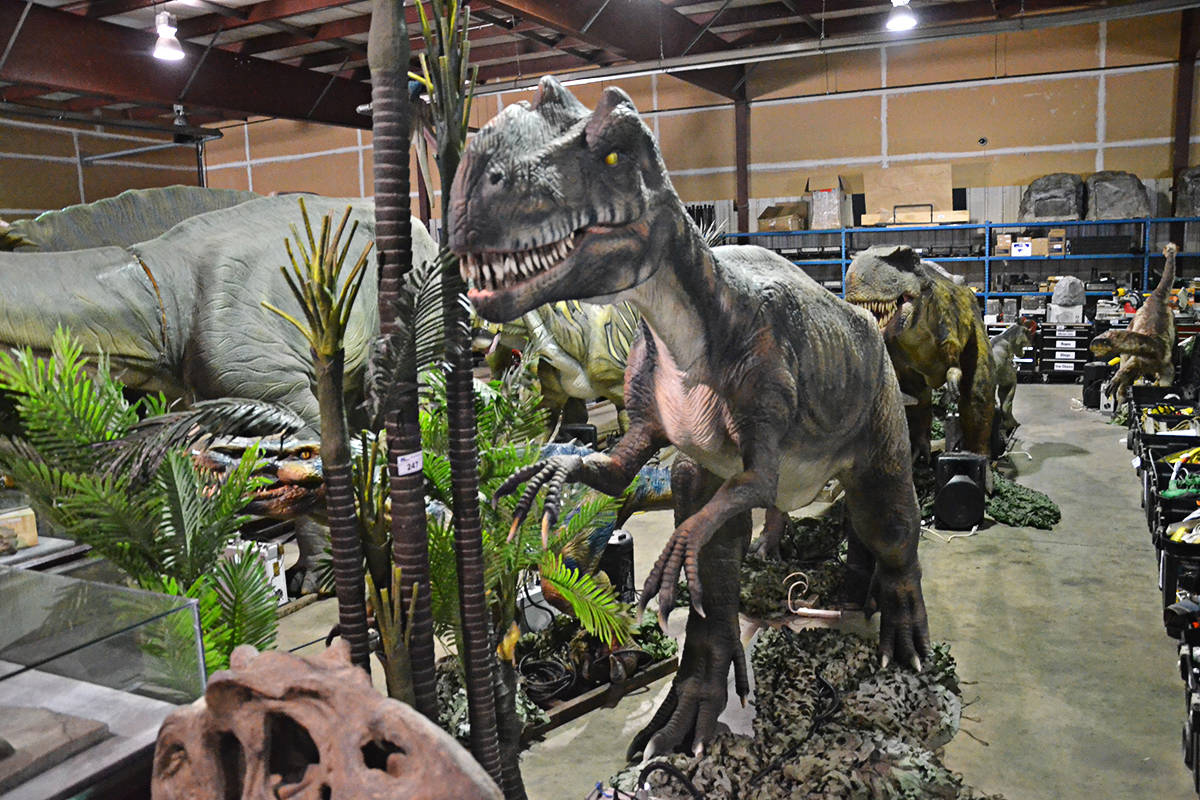 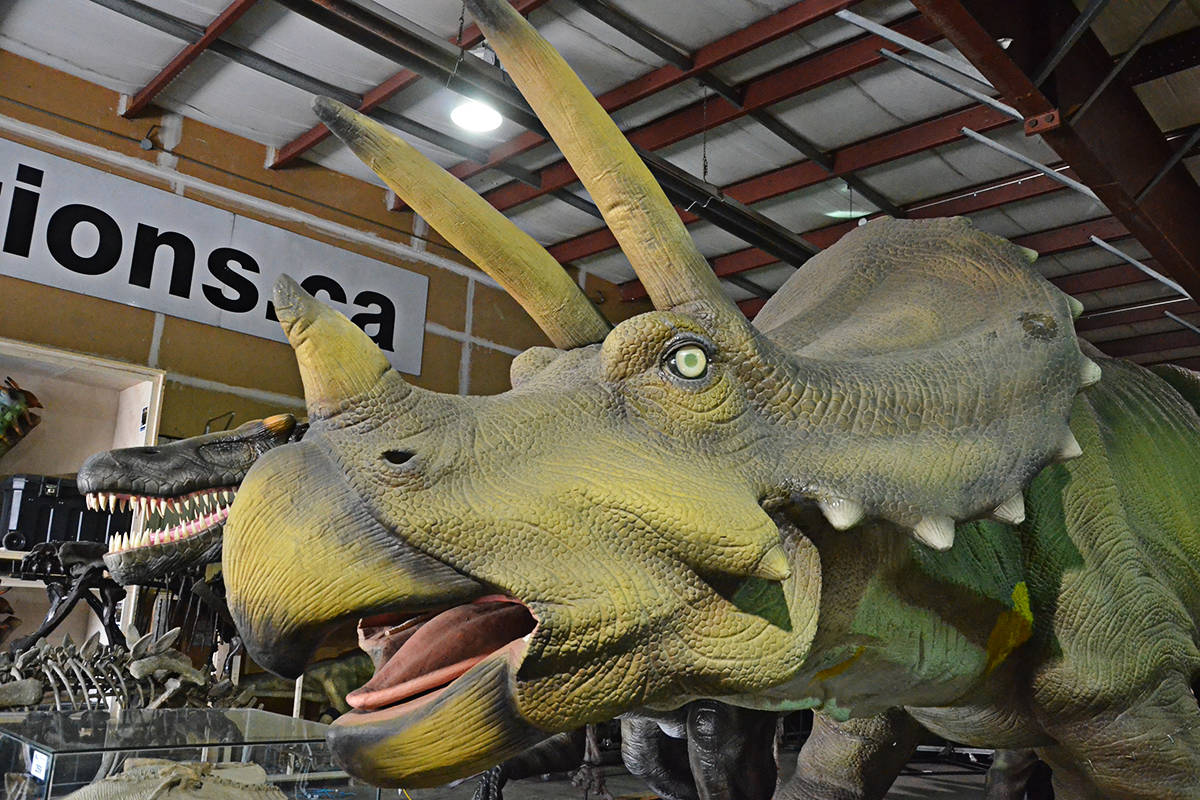 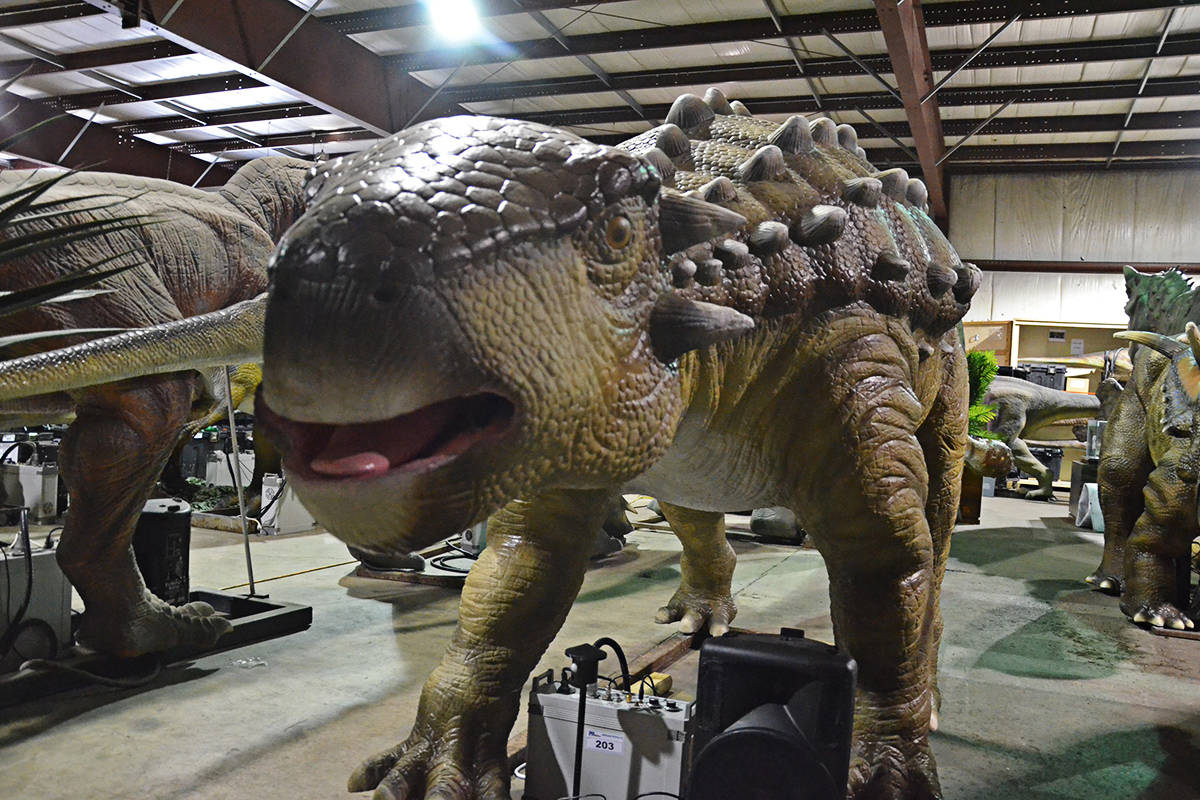