Around 12:45 a.m. on Saturday morning, Township of Langley firefighters were called to a home in the 2000-block of 200th Street in the Fernridge neighbourhood for a report of a house fire.

When crews arrived, they found a two-storey home fully involved in flames and requested a second alarm, calling for more help.

Crews could only mount a defensive attack due to how well advanced the fire was, witnesses on scene said.

Firefighters from Brookswood, Murrayville, and Willoughby halls battled the fire into the early morning hours of Boxing Day.

200th Street was closed for much of the morning.

The occupants of the home were cared for by paramedics at the scene and the Township’s personal disaster assistance (PDA) volunteers were contacted to assist the family in finding short-term shelter.

The cause of the fire is not yet known and it does not appear there were any injuries. 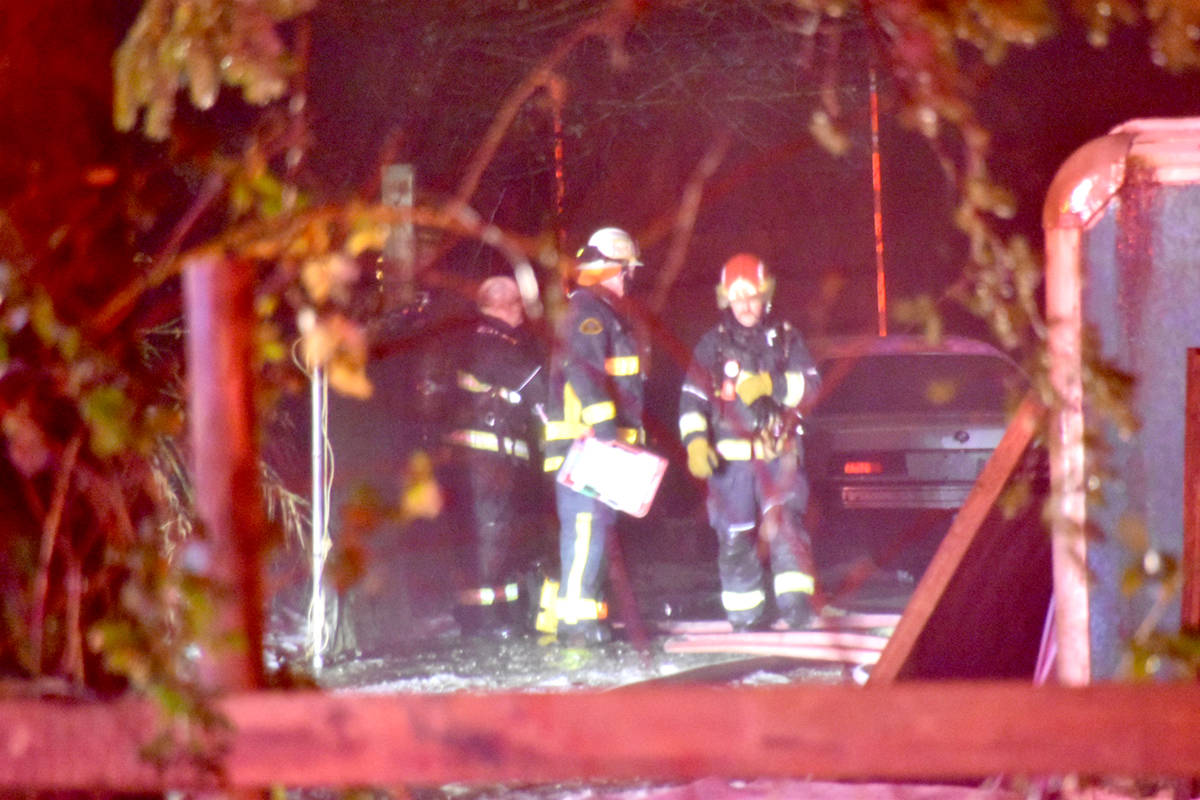 Township of Langley firefighters were called to a home in the 2000blk 200th St in the Fernridge neighbourhood for a report of a house fire. (Curtis Kreklau/South Fraser News Service)

‘If I was a resident of Aldergrove, I’d be optimistic’