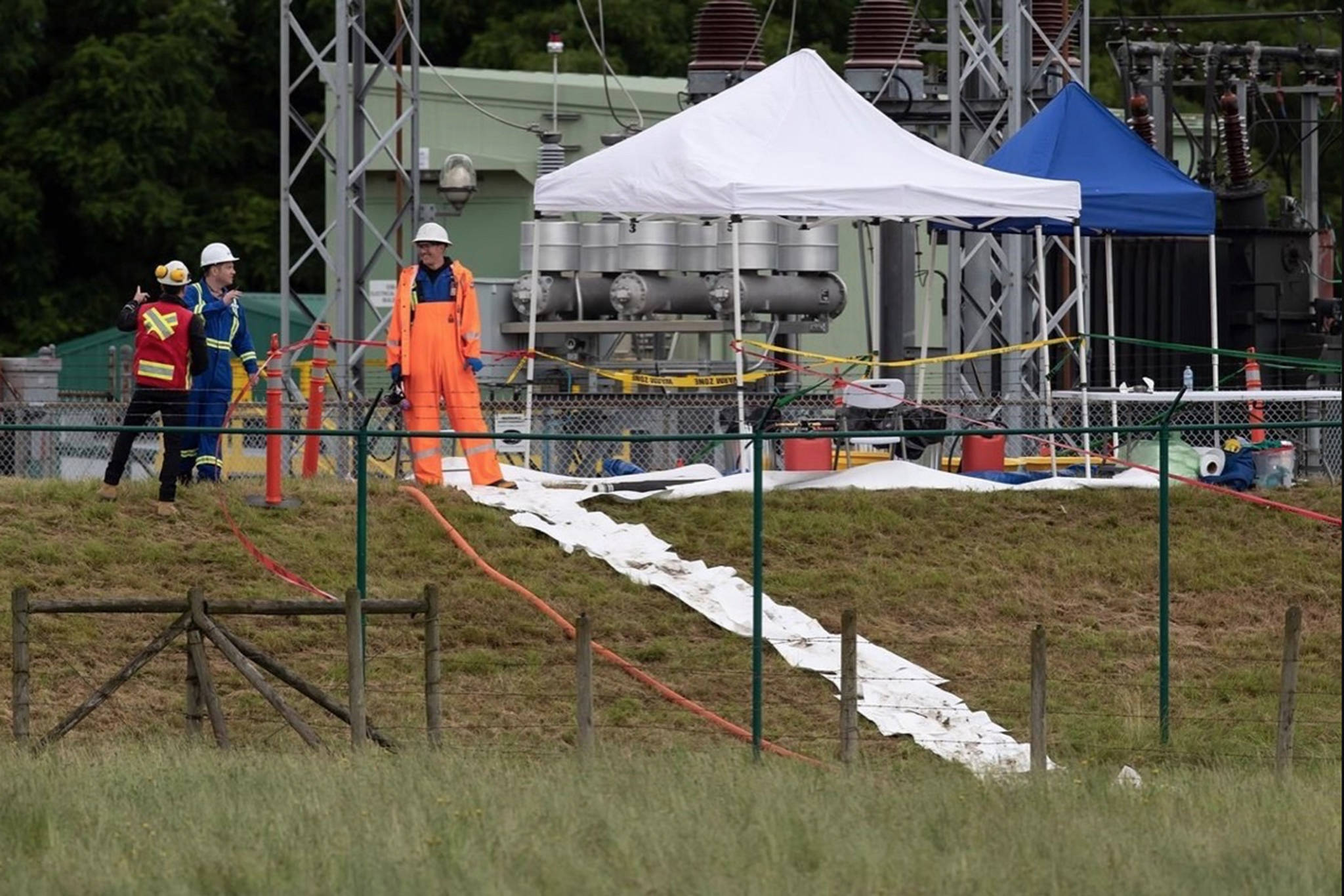 Trans Mountain said the oil spill on Saturday was fully contained on Trans Mountain property, in a June 15, 2020 story. (Photo by THE CANADIAN PRESS)

The Township of Langley has dropped its objection to the expansion of the Trans Mountain pipeline after reaching an agreement with the company over road building costs.

A letter from Township lawyers to the Canada Energy Regulator in late May withdrew objections that had been raised as recently as September, 2019 by the local government to the twinning of the pipeline, which carries crude oil and diluted bitumen through North Langley.

The Township’s objections weren’t about possible environmental impacts, but about increased costs to build and repair roads.

It costs more, and requires more paperwork, to build, widen, or upgrade roads that run over major pipelines. Other infrastructure, from bike lanes to ditches, can also potentially be affected.

Because the additional capacity for the pipeline in Langley would be along a new alignment, separate from the old pipeline route established in the 1950s, it would have potentially doubled those costs for the Township.

“We didn’t want to have costs borne by the Township residents,” said Froese.

The Township has come to a cost-sharing agreement with Trans Mountain over future road costs, said Ramin Seifi, the Township’s manager of engineering and community development.

“I wouldn’t say that all the details have been resolved,” Seifi said.

But there’s an agreement on costs and the ability to improve roads, he said.

The agreement was struck before approximately 190,000 litres of oil spilled from the pipeline’s Sumas Pump Station in Abbotsford last week.

Trans Mountain, formerly being built by Kinder Morgan, was bought for $4.5 billion by the federal government in 2018. It plans to put the pipeline back in private hands eventually.