A 19-year-old man has died following a shooting that occurred this afternoon in the area of Ross and Simpson roads in west Abbotsford.

Abbotsford Police Sgt. Judy Bird said reports of shots fired came in at around 3;30 p.m., and police who arrived at the scene found an injured man. He was transported to hospital by air ambulance, but died shortly afterwards.

The Integrated Homicide Investigation Team (IHIT) will now be leading the investigation. No further details have been released at this time, including the identity of the victim.

The shooting took place near Ross Road Elementary, but schools in the district were closed for the day to commemorate Remembrance Day.

This is the third Abbotsford-related shooting death since Oct. 3. On that day, Varinderpal Gill, 19, of Abbotsford was fatally shot while in a car at The Junction Mall parking lot in Mission.

Then, on Oct. 18, Mandeep Grewal was gunned down at the CIBC bank at South Fraser Way and Clearbrook Road in Abbotsford. 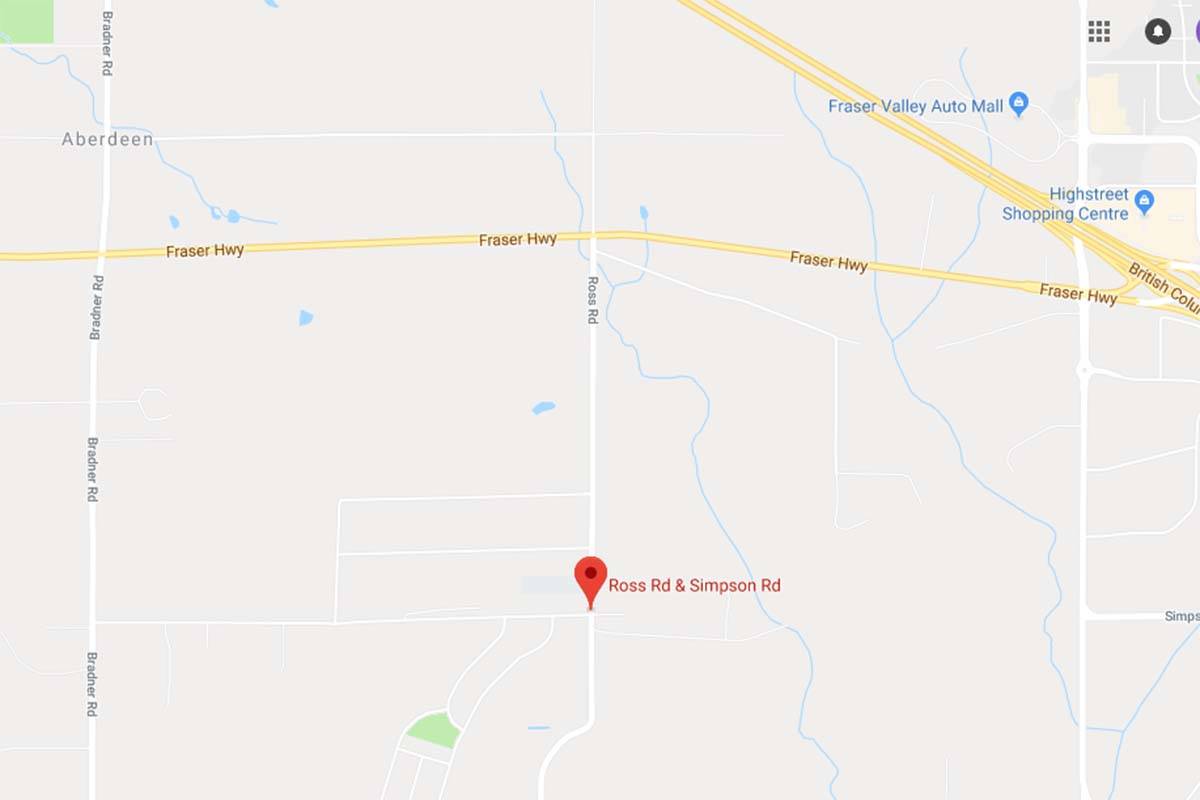