A Langley daycare owner may soon get help with repairs after raw sewage started pouring into her business.

Chelsi Taylor walked into her Bee Yourself Childcare location on 56th Avenue in Langley City on the morning of Dec. 8 to find water already flooding the ground-floor business.

At first she was worried it was a leaky water heater, but things quickly went from bad to worse.

“It was just like a fountain,” she said. “There was literally poo and toilet paper coming out of the ground.”

All 23 children who were to be at the daycare had to be turned away, with emergency phone calls to parents to come and pick up those already dropped off.

The entire building had to have its water shut off, as liquid began coming up in other nearby areas, including on the road.

A blockage in a sewer line out front was to blame.

The problem was related to road paving work.

The City was relatively quick in clearing up the blockage, which stopped the immediate problem. But the whole area was now contaminated with sewer water. Bee Yourself hasn’t been able to reopen in that space since then.

After contacting her insurance company and a restoration firm, Taylor said the cost is out of her reach.

“I’m not covered for the amount of damage that was done,” she said.

She’s been told that costs for a complete restoration will be in the area of $20,000.

Taylor just began operating Bee Yourself on 56th Avenue in June. Before that she ran a smaller in-home daycare from 2014. She and her husband renovated the space themselves, spending thousands and putting in a lot of hours of work.

She hasn’t had a lot of time in her new space to build up any cash reserves for such a repair bill.

“My funds that come in from families go directly to my staff,” Taylor said.

She has managed to get Bee Yourself up and running again, renting space nearby in the Masonic Hall off Fraser Highway.

Taylor has been in contact with Langley City Mayor Ted Schaffer, who said he has passed on her email to Langley City administrator Francis Cheung.

On Tuesday, Cheung said that the City is working on getting the matter settled.

“We have been working with our contractor,” he said. “They have taken full responsibility.”

The contractor will be speaking with Taylor’s insurance company, he said.

The issue that caused the flood appears to have been a misaligned sewer pipe, which then backed up, Cheung said.

Taylor is also facing a deadline on getting matters settled. Pregnant with twins, her due date is in early March. Taylor is hoping to sort out everything before the end of February. 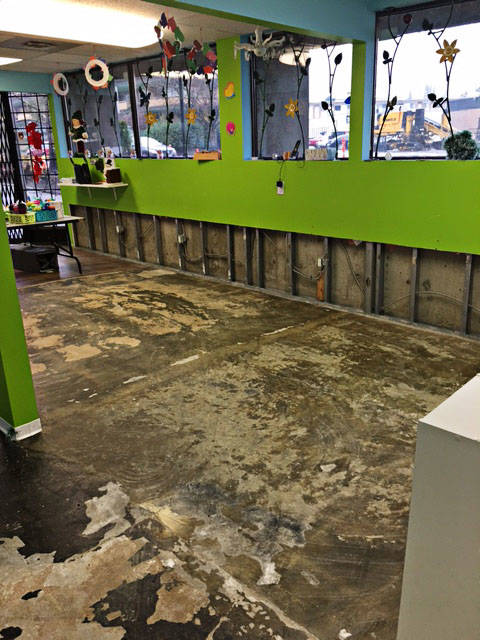 Damage to the building included most of the flooring being destroyed. 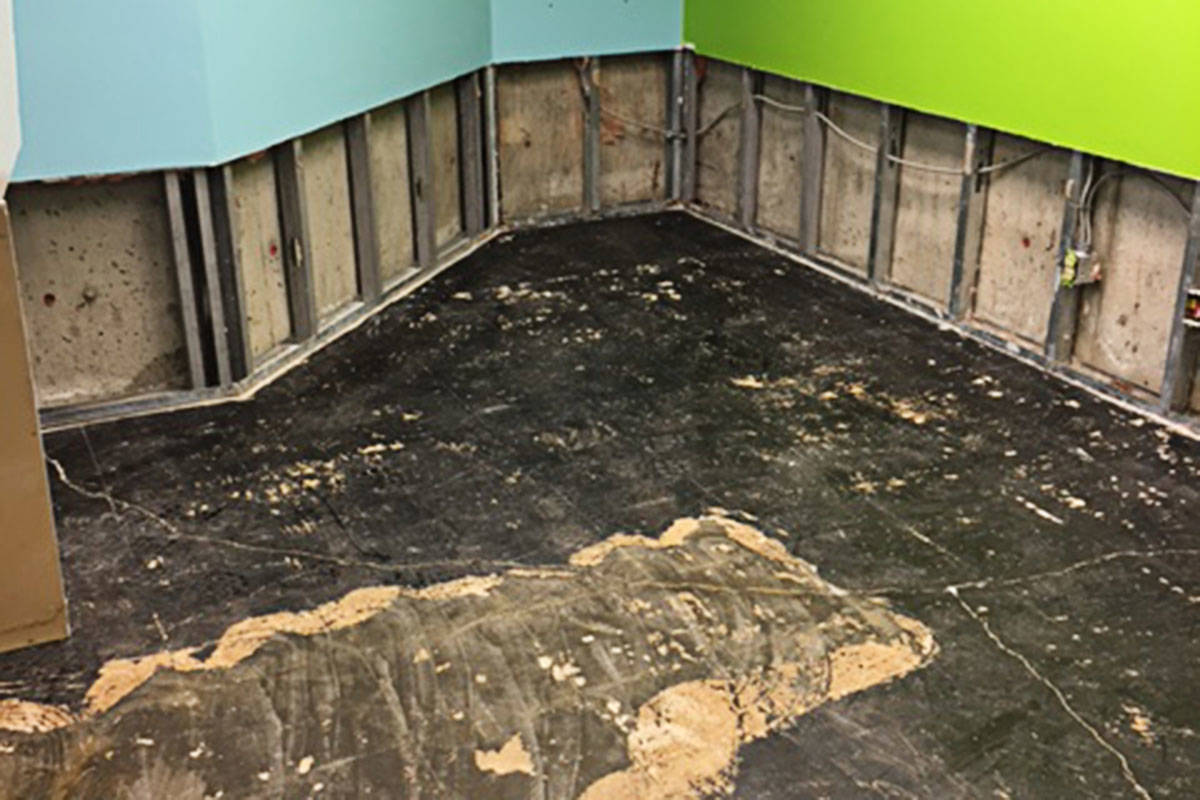 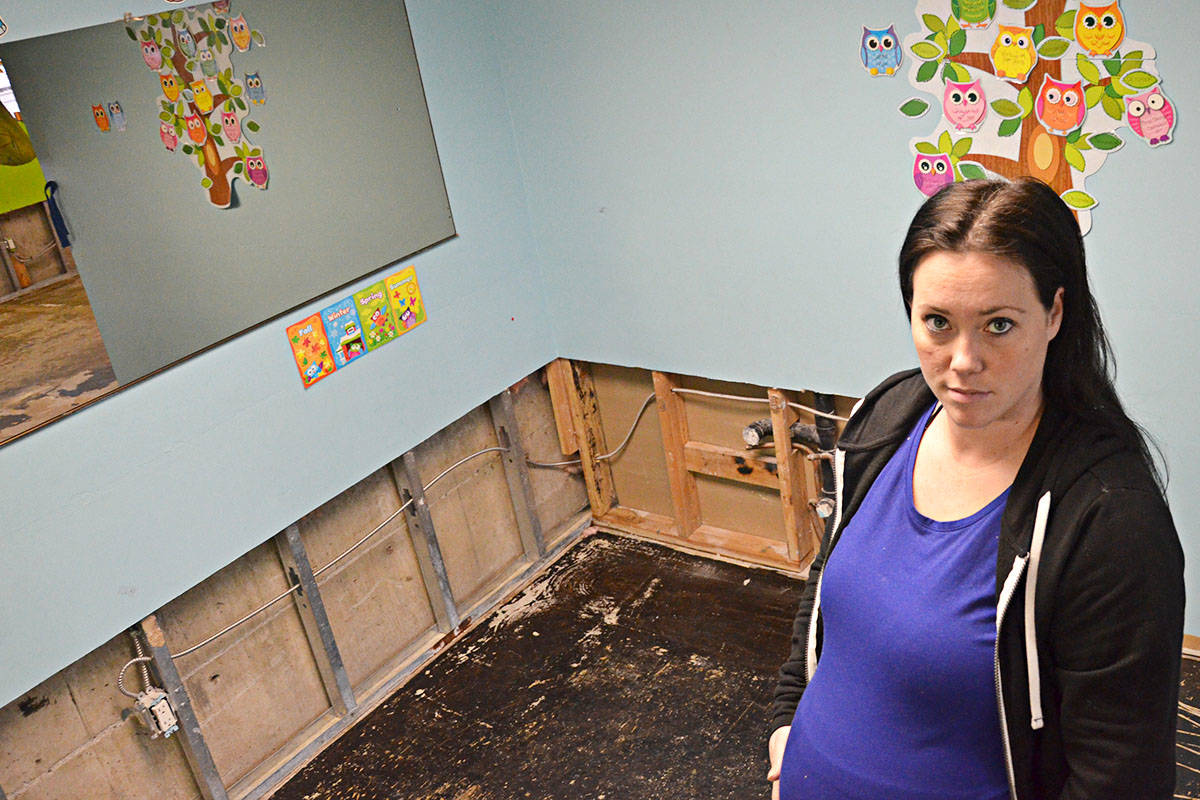 Chelsi Taylor’s daycare has lost its flooring and parts of its walls after a sewage backup. (Matthew Claxton/Langley Advance)