This week’s snow storm may be causing some major headaches for those commuting, but Paul Lewis and Julie Gervais couldn’t be more excited about it.

The Vancouver Island couple, who live in Colwood, was full of laughs after spending Monday night in their homemade backyard igloo, taking advantage of the record snowfall.

“We knew we wanted to snowboard, and I made a big jump in the front yard over the hydro box, but just didn’t have enough speed for that,” said Lewis.

RELATED: Snow shovels, salt flying off the shelves in Victoria

After wandering down to a closed liquor store for a bottle of wine, the couple took a side trip to Lewis’s moms house, coming back with a few bottles and a shovel – everything needed to build a shelter in the snow.

Starting at around 11 p.m. the couple worked late into the night, only finishing the igloo at around 3 a.m. Tuesday morning.

Gervais, dubbed the ‘ice girl’ by Lewis, would get water from inside to soak down the snow which Lewis would use to fill a recycling box that made a perfect square, voliá, ice bricks.

Lewis estimates they used more than 100 ice bricks to make the igloo.

Using a solar patio light and tealights lined inside to light the igloo, a couple comforters and a bottle of wine along with a propane fireplace aimed inside the door, the pair spent a comfortable night in the ice house.

“It was a lot of fun, a good little date night,” laughed Lewis.

The couple has a passion for creative endevours; Lewis specializing in drift wood beach art and painting, while Gervais focuses on photography and eventually hopes to paint her photos.

“Anything to do artistically, I’m on it,” says Lewis.

Staying warm wasn’t a concern for the couple but did leave the igloo in need of some repairs. The pair plans to on adding to the igloo later today depending on the amount of snow remaining.

“I’m thinking of building some animals, maybe a dog sled team, maybe a big seal. … Get creative, paint them so they’re all colorful in the backyard.”

With rain in the forcast, Lewis and Gervais urge Islanders to enjoy the snow as much as they can.

“This is so rare, and I’m loving it,” said Lewis. “Just get out there, enjoy the snow – it’s not going to be here forever. We’ve only got a few more days before it starts to melt.” 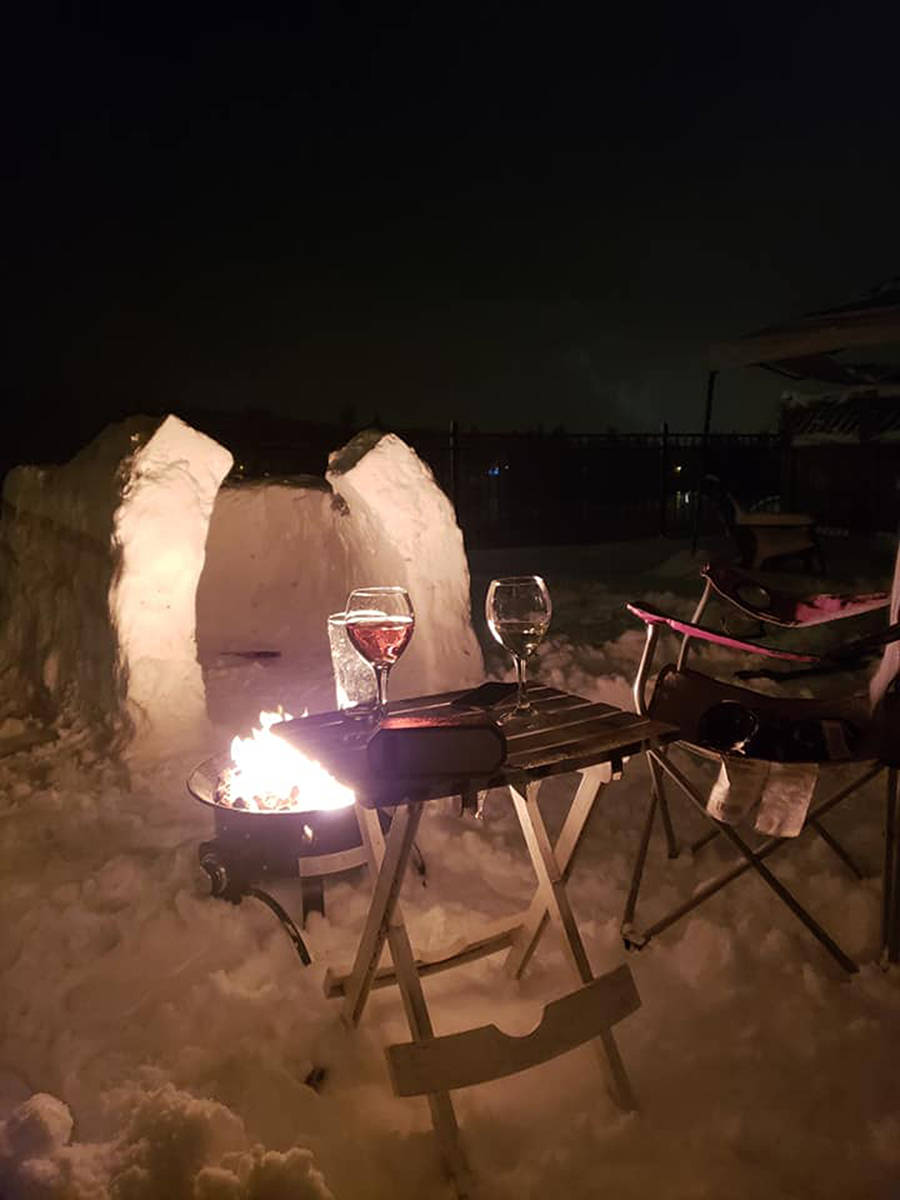 The couple used water to pack the snow into a recycling box, then used the ice bricks to craft the igloo. (Paul Lewis posted on Facebook) 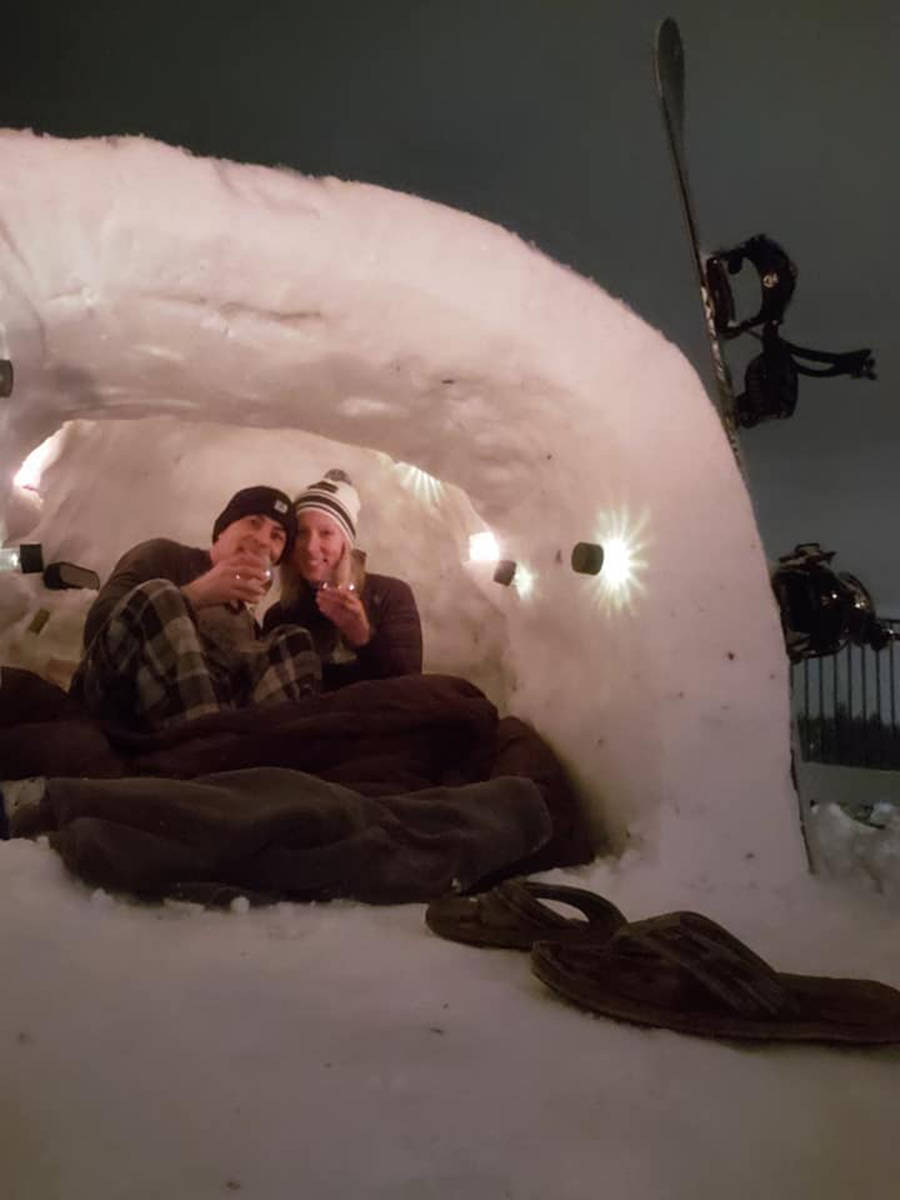 Starting at 11 p.m. on Feb 11, Lewis and Gervais finished building the igloo around 3 a.m. this morning. (Paul Lewis posted on Facebook) 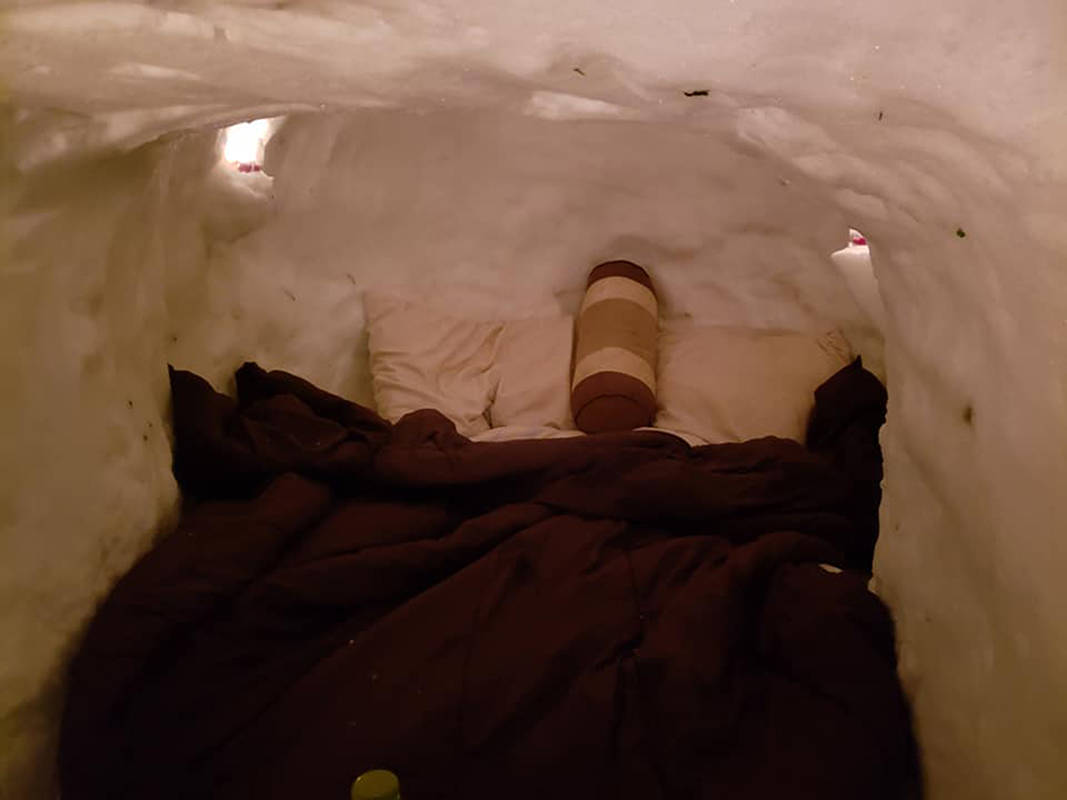 Along with a propane fireplace pointed at the entrance of the igloo, the couple said they were able to keep warm with some comforters and a bottle of wine. (Paul Lewis posted on Facebook) 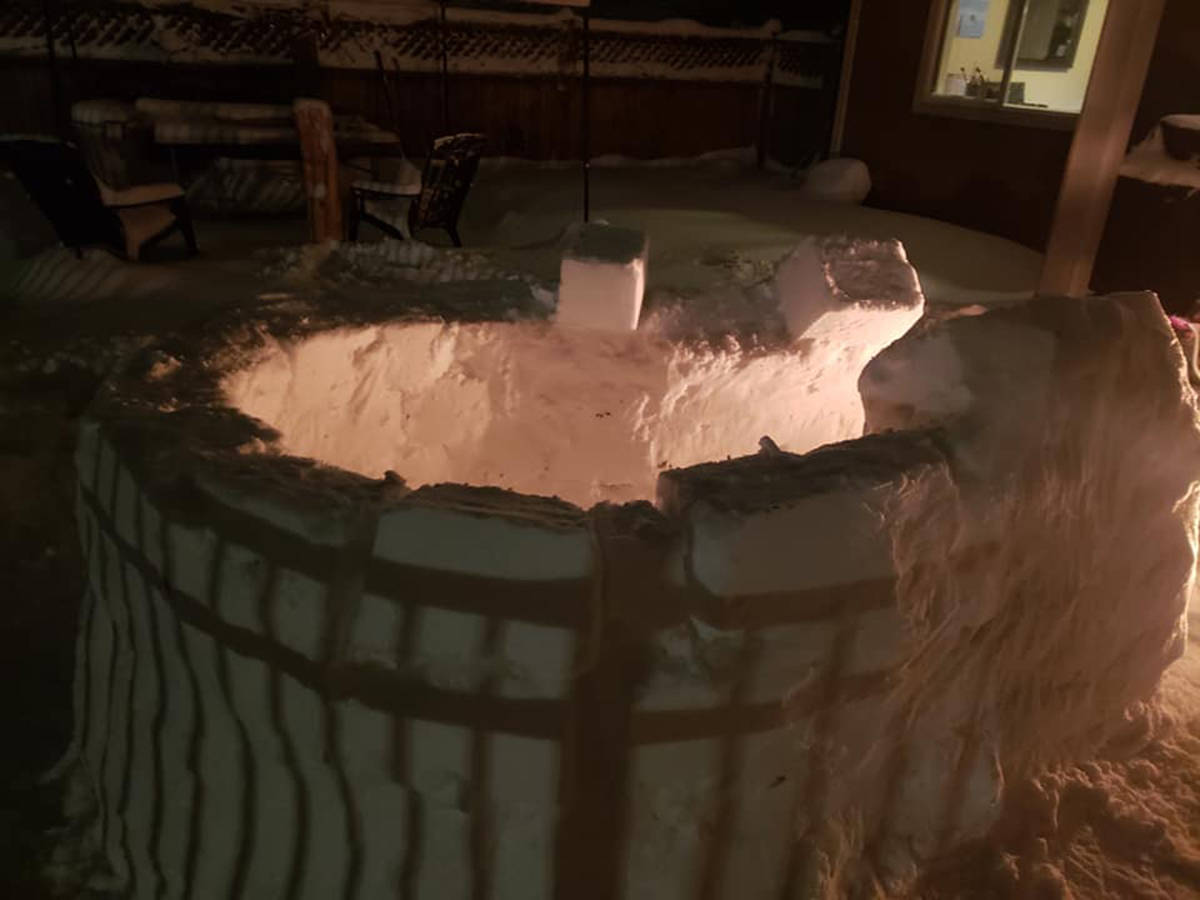 Love is in the air, but beware of scammers this Valentine’s Day