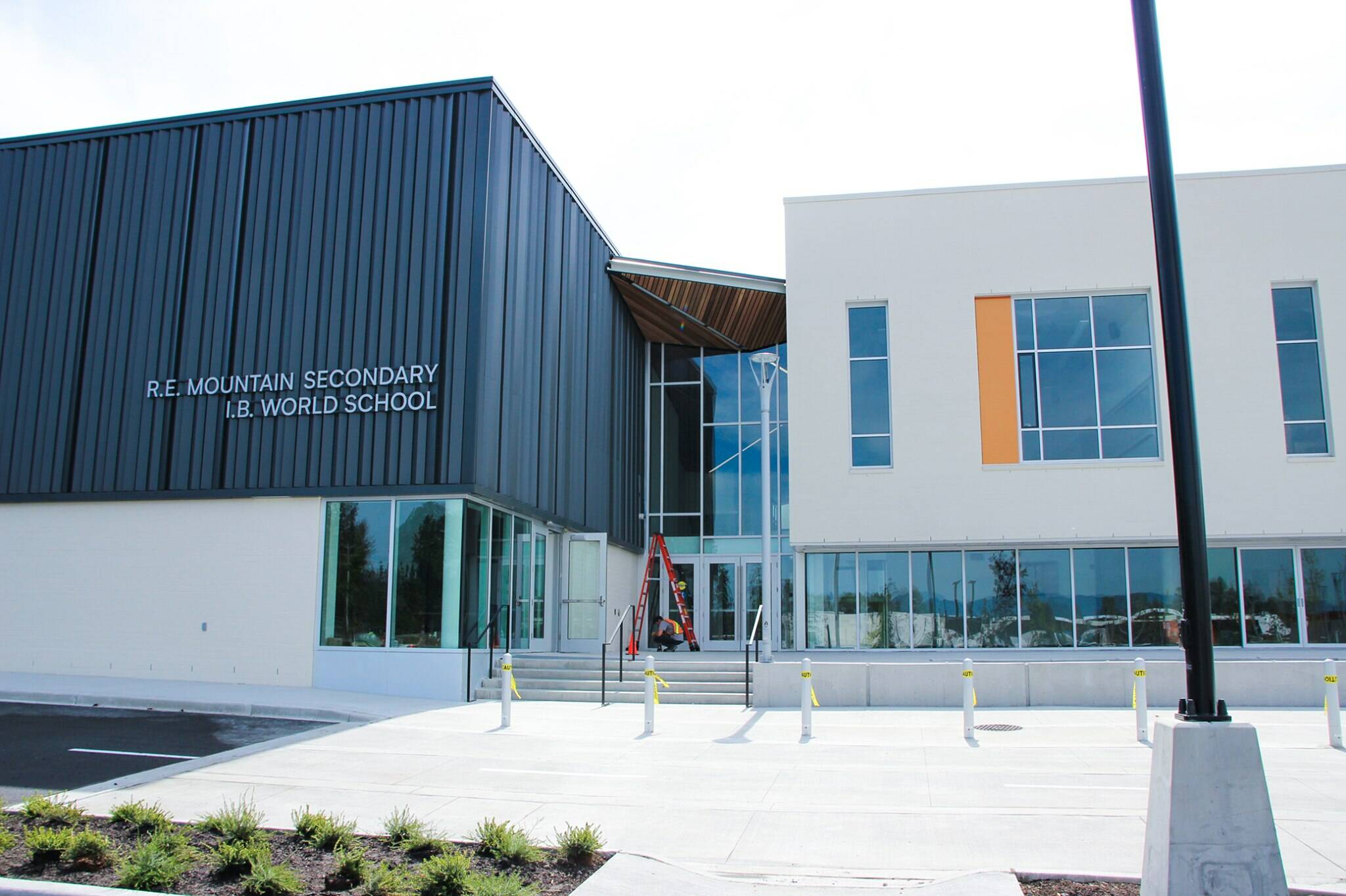 R.E. Mountain Secondary was one of three schools hit by recent vandalism linked to a TikTok trend. (Langley School District)

“The Langley School District is confirming a few schools are reporting incidents of vandalism this week,” said superintendent of schools Gord Stewart, in a statement. “As has been reported publicly by other school districts across the province, this recent trend in vandalism is likely linked to a challenge circulating on the social media platform Tik Tok which encourages students to commit these acts of vandalism.”

Brookswood, R.E. Mountain, and Langley Secondary schools all saw some vandalism over the week of Sept. 13 to 17, Stewart confirmed.

The vandalism is usually in the form of ripping soap dispensers off the walls.

Stewart did not say how extensive the vandalism was at Langley. In Chilliwack high schools, 42 soap dispensers were ripped out in about a week.

Stewart said school administrators were speaking to students and discouraging them from taking part, and working to investigate who was responsible and following up with those students and their families.

“Our district does not condone this senseless behaviour in schools,” Stewart said. “We are proud of all our students who work hard and help our schools create a healthy and safe learning environment. However, it is disappointing and unfortunate when these incidents happen and involve a small group of students.”

The challenge was circulating on TikTok under the name “Devious Lick” but TikTok was removing videos and hashtags linked to the practice, which had spread across North America.

“We’re removing content and redirecting hashtags & search results to our Community Guidelines to discourage such behavior,” said a Tweet from TikTok’s official account. “Please be kind to your schools & teachers.”

We expect our community to create responsibly – online and IRL. We're removing content and redirecting hashtags & search results to our Community Guidelines to discourage such behavior. Please be kind to your schools & teachers. pic.twitter.com/mIFtsYwFRb