He isn’t old enough to drive a car, to vote or to drink alcohol, but Mohd Shaikhsorab could soon be named the world’s youngest pilot to fly solo.

The 14-year-old, who is training to become a pilot at Langley Regional Airport, believes he set the Guinness World Record for youngest pilot to fly solo after having accumulated the least number of flying hours.

On July 19, Shaikhsorab completed his first independent flight with only 16.4 hours of flying time under his belt.

Guinness World Records confirmed that Shaikhsorab has submitted an application, and it is under review by their records management team. There is no current record holder with this title, a spokesperson said.

“It feels out of the world right now,” Shaikhsorab said moments after completing the flight.

“It feels — I can’t express my feelings at the moment.”

Shaikhsorab, who is from Orange County, Calif., came to Langley to earn his student pilot permit earlier this year in order to fast track the process. In the United States, student pilots must be at least 16 years of age, but in Canada the age requirement is 14.

He became obsessed with flying after enrolling in an aviation program at Cypress College in California last year. He was one of the first students to earn a 5.0 GPA at the school, prompting his parents to send him to Canada to continue his education, he said.

“It’s very fascinating and it’s a very cool thing that you know how to fly an airplane,” Shaikhsorab said.

“And, you know, the skies are the freedom of the world. You can go whip up in an airplane, go flying, so it’s a wonderful experience. And truly every time I go flying it’s very breathtaking to see the views up in the sky.”

Shaikhsorab planned to attempt the world record on July 17, but after flying a circuit a few times with an instructor from SkyQuest Aviation, was not ready to do his first solo flight.

“It was quite windy up there, a lot of crosswind, you know,” he said on Tuesday.

“(There was) a lot of traffic in the circuit pattern, and the traffic controller told us many times to ‘extend your downwind, climb up to 1,000 feet, you’re out of the control zone.’ So it was kind of a difficult day to fly.”

The weather wasn’t much better today, with lots of low cloud cover, but Shaikhsorab was still able to take to the skies.

He said it was the extra practising he did over the last two days that made the difference.

“After what happened that day, it was kind of disappointing. That day I couldn’t make the solo, but fortunately, I worked hard the past two days,” he said.

“And now, I soloed today, so it felt very, very good to now be a world record holder, and especially to be a Guinness World Record holder. The feeling is just incredible.”

SkyQuest is one of about half a dozen flying schools that operate out of the Langley airport. The school has hundreds of students, many of whom are international, to help fill the demand for pilots.

According to Transport Canada, the demand for pilots in Canada is already high, and is projected to grow in the next 10 years as many pilots retire.

To become a pilot, students must first complete classroom work and take a ‘PSTAR’ exam to earn a student pilot permit, explained Saar Kaufmann, a flight instructor at SkyQuest.

“They teach you a little bit about air load, how to navigate through the sky, about the weather. If a cold front is coming in, what will you expect with the approaching cold front? Type of clouds, the stability in the air, will it be bumpy or not? And lastly they will talk to you about general knowledge … (such as if) you have no oil in your engine, what will that do to your engine, what are the signs?”

Students must then complete a radio certificate, a medical exam and have completed at least 45 hours of flying before taking a Transport Canada written exam and flight test. This will earn them a private pilot licence, which allows for flying during the day in “visual flight conditions.”

More training and experience are required to earn a commercial pilot licence.

“Anyone can do it, but it is not easy,” Kaufmann said. “You need to be fully dedicated for it.” 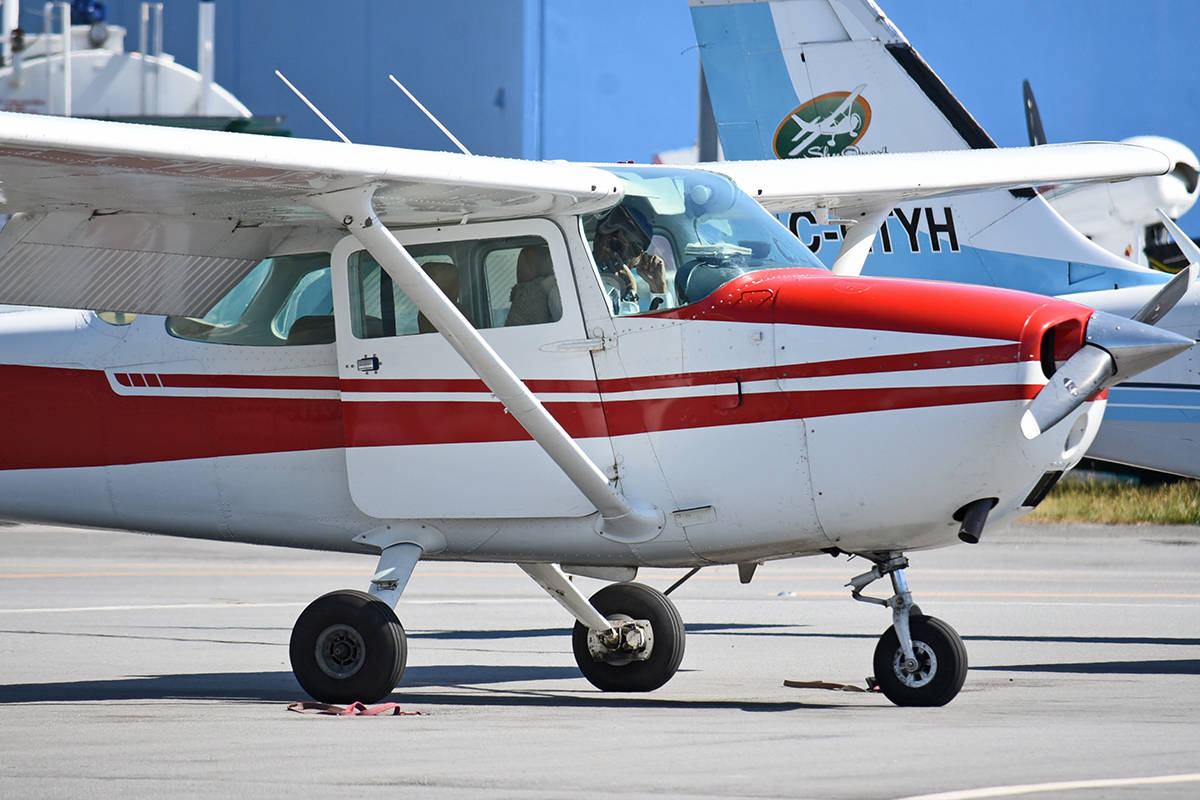 Mohd Shaikhsorab, 14, believes he has set the world record for youngest pilot to fly solo. He is now waiting on confirmation from Guinness World Records. Miranda Gathercole Langley Times