While he waited for the parade to start at Langley Chartwell Gardens, John Kromhoff explained that he probably would still be working at his realty business if he hadn’t wound up in hospital at the age of 94.

Now recovered from his injury, Kromhoff said he was looking forward to turning 100 next year.

Normally, like most of his fellow Chartwell residents, Kromhoff, a father of five, grandfather of 13 and great-grandfather of 20, would mark Grandparents Day with an in-person visit by his family at the Walnut Grove retirement residence.

But these are far from normal times, which is why the plans were altered to have residents celebrate a socially distanced version of the day on Saturday afternoon, Sept. 12, with family members forming a procession around the building.

Then, the plans were changed again, due to the heavy smoke from U.S. wildfires filtering across the border, which is how Kromhoff came to be standing on his balcony, after decorating it with balloons and ribbons, and most other residents had opted to stay indoors and wave from behind their closed windows.

Caroline Pors, activities coordinator at Langley Chartwell Gardens explained “we can’t have the grandkids come here like we do every year, so we decided on a safe drive-through.”

Huguette DuPaul, 86, who is originally from Montreal, but has lived a long time in Langley, was one of the few residents who stepped outside, lowering her mask just long enough to have her photo taken by the Langley Advance Times.

“I came out here [from Quebec] to get away from the snow,” she laughed.

“Now we have smoke.”

More than a dozen vehicles, including one motorcycle, took part in the slow-paced drive-past, most with messages of encouragement and affection for family members.

Residents made their own signs, too. 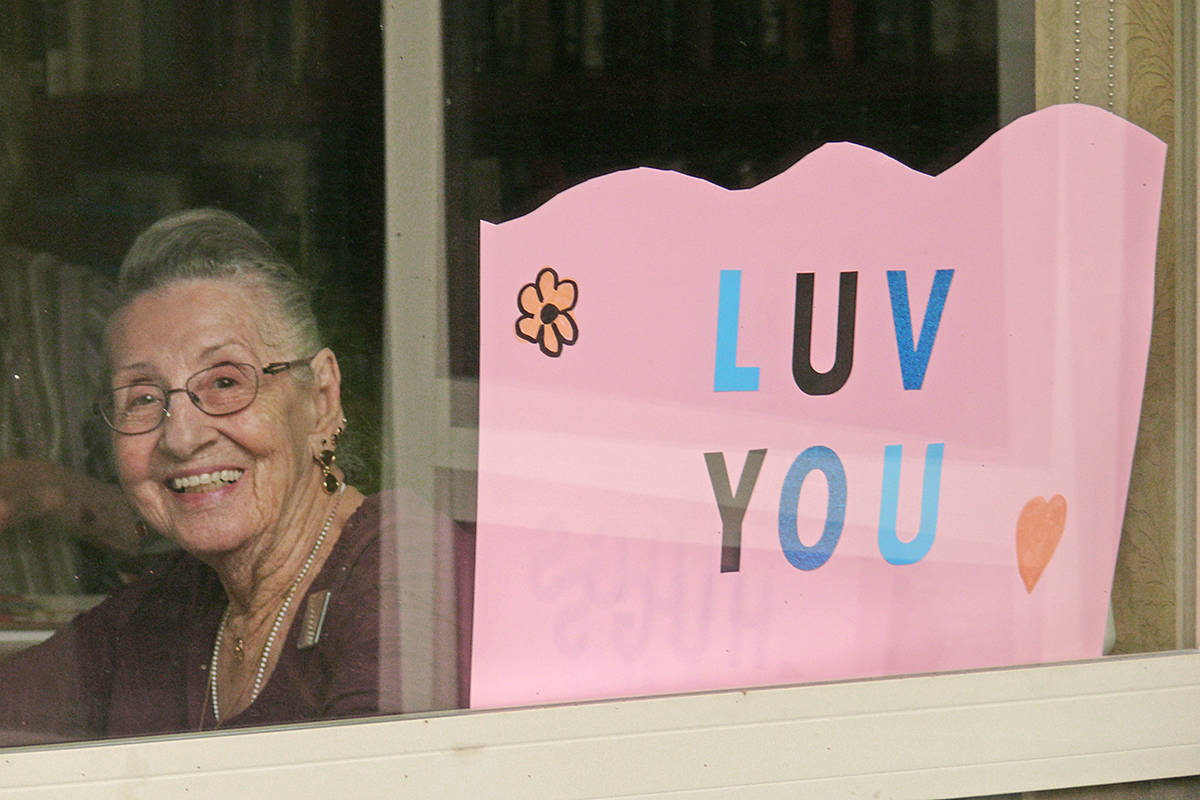 A sign of support from a resident at the Langley Chartwell Gardens retirement residence on Saturday, Sept. 12. (Dan Ferguson/Langley Advance Times) 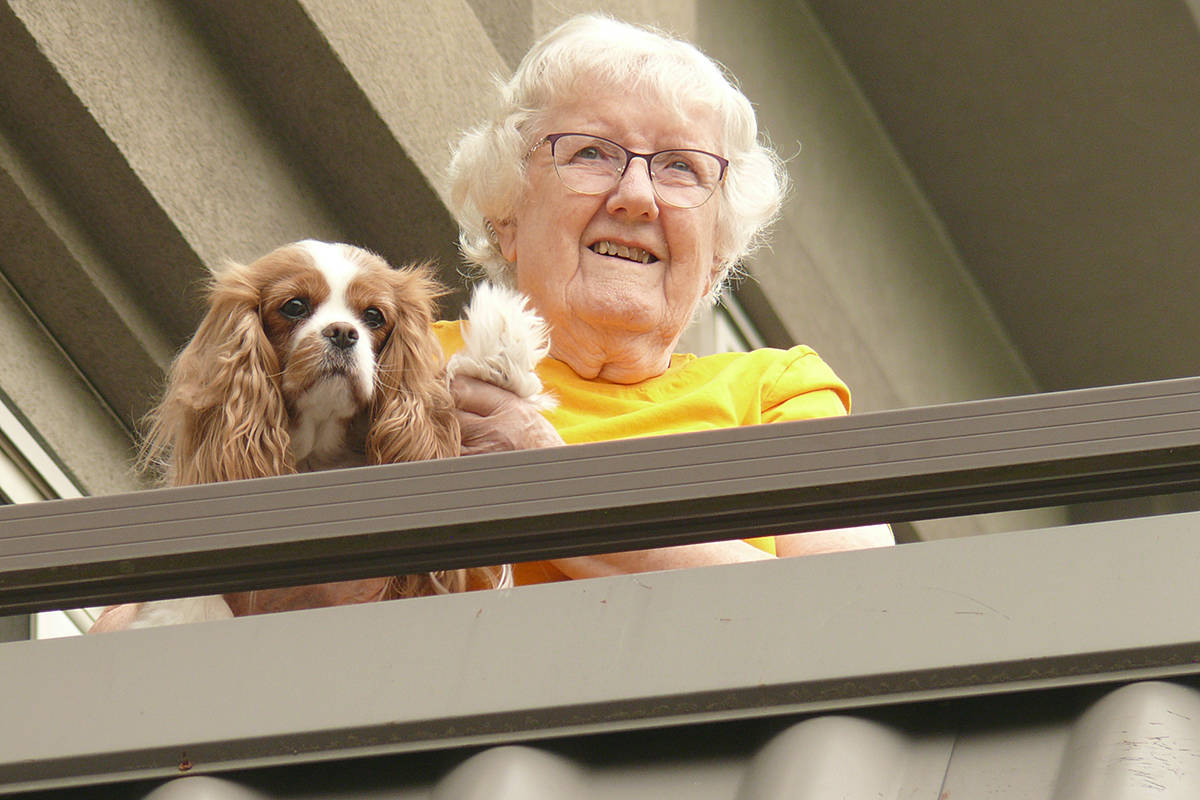 Eileen Bevis and her canine companion viewed the parade from a balcony at the Langley Chartwell Gardens retirement residence on Saturday, Sept. 12. (Dan Ferguson/Langley Advance Times) 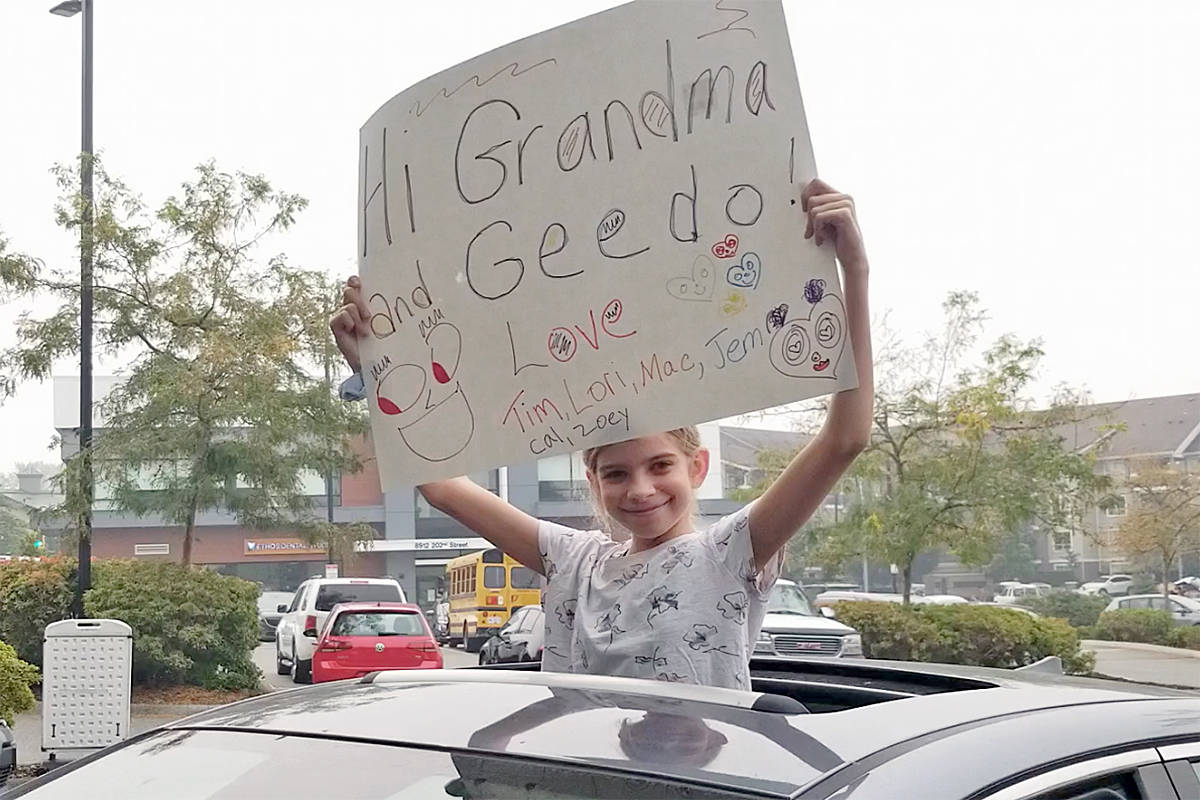 A family sign of support during a slow drive-past for Grandparents Day at the Langley Chartwell Gardens retirement residence on Saturday, Sept. 12. (Dan Ferguson/Langley Advance Times) 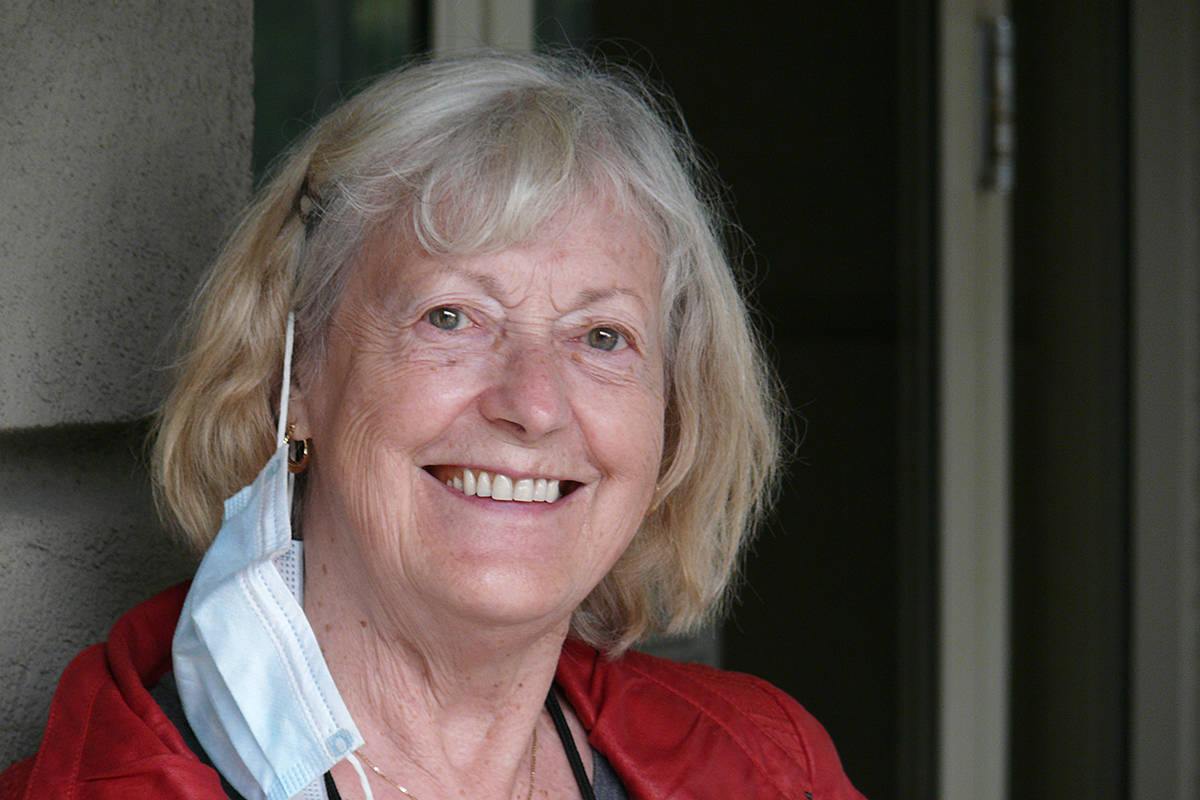 Huguette DuPaul was one of the few residents to step outside outside the Langley Chartwell Gardens retirement residence on Saturday, Sept. 12. (Dan Ferguson/Langley Advance Times)

VIDEO: Langley food truck festival a boost for both fans and the industry