A Jeep was found ablaze in Willoughby early this morning that might be connected to two shootings.

Just after 2:30 a.m. Monday, it was reported that a Langley Mountie on patrol came across a fully involved vehicle fire in the 8500 block of 204th Street in the Yorkson neighbourhood.

Once fire crews extinguished the blaze, police were able to investigate the vehicle to find that it had no licence plates and no owner nearby, said a witness on scene.

The vehicle was parked between two other vehicles that were also damaged.

Early indications at the scene were that the dark-colour vehicle matched the description of a vehicle involved in a shooting in South Surrey about 45 minutes prior.

It also, apparently matches the description of a suspect vehicle from shots fired nearby in Langley early Sunday morning.

A police dog attempted to track the suspects, but was unsuccessful.

Langley and Surrey RCMP appear to be working together on this case. All that Langley RCMP could do was confirm they are on scene of the vehicle fire.

“It is very early in the investigation, so we have not made any determination as to cause, connections or owners of the burned vehicle,” said Langley Cpl. Craig van Herk.

It appears to be another case where a vehicle from a drive-by shooting South of the Fraser River is torched a short time later in a more rural area.

Meanwhile, the Surrey shooting happened about 2:10 a.m. in the 14300 block of Crescent Rd., where officers found two people suffering from gunshot wounds.

It’s unclear, at this point, of their condition.

Surrey Mounties said their case is still in the early stages of investigation, and overnight they were conducting neighbourhood canvasses and speaking to witnesses in the area to obtain further information. 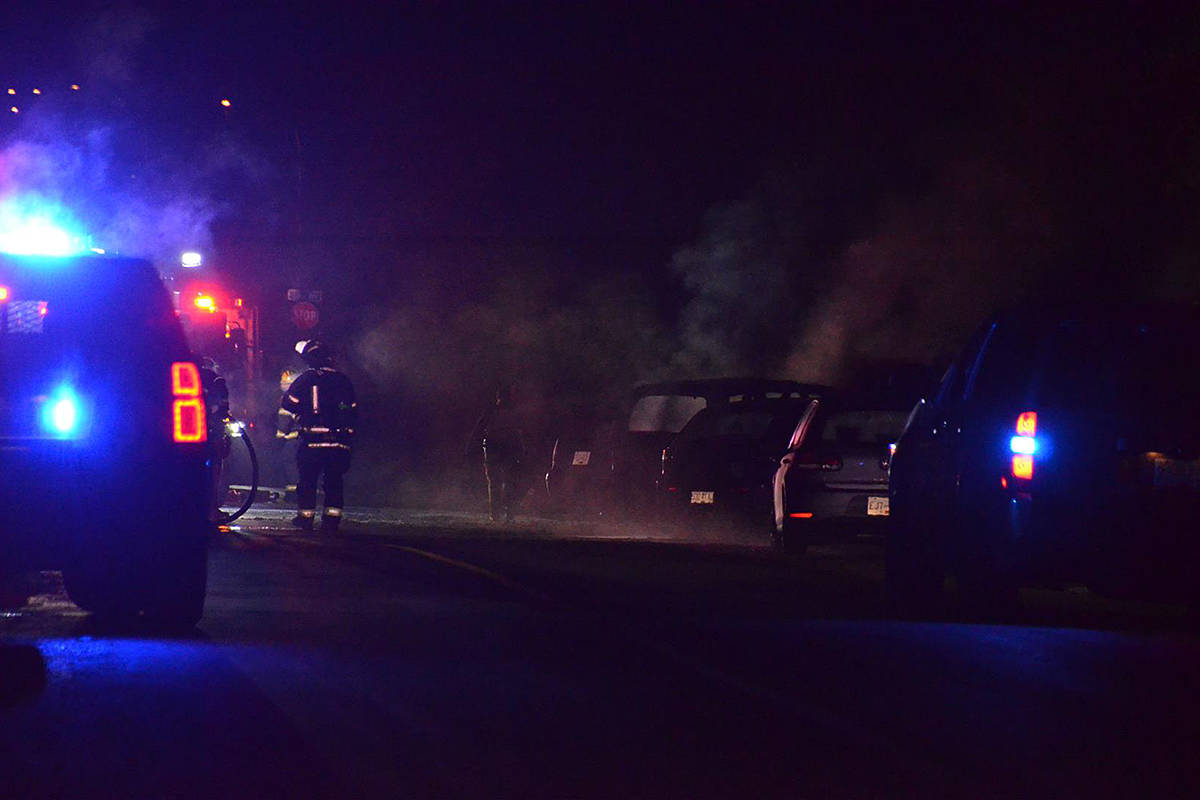 A vehicle, parked near two others, was found ablaze in the 8500 block of 204th Street just after 2:30 a.m. this morning. (Curtis Kreklau/Special to Black Press)