A crashed car will be prominently displayed around Langley for the next month as part of a MADD and ICBC campaign against impaired driving this summer.

Charlie Grahn, treasurer for the Vancouver chapter of Mothers Against Drunk Driving (MADD) compared the death toll of COVID-19 to that of impaired driving.

The crash car project is a partnership that also involves the Langley RCMP, the City and Township, and Clover Towing.

“We know if next month is like all the Augusts before it, seven British Columbians who are alive today will not be when school starts in September,” Grahn said.

READ ALSO: ‘You can’t make this stuff up’: stories from the B.C. Counterattack campaign

“I cannot begin to describe the carnage that happens… when somebody drives impaired,” said van den Broek, who saw impaired driving crashes up close when she was an auxiliary officer with the RCMP.

Richter spoke about how MADD has successfully changed the way people feel about drunk driving. Younger generations no longer feel it’s appropriate at all to drive while impaired, she said.

The crash car will be a Nicomekl Park just off 208th Street near 54th Avenue this week, then moves to three more locations around the community for a week at a time.

Starting next Monday, July 26, it will be at Penzer Park, the following week at Mountain View Alliance Church, then the week after that at the Langley Bypass at Fraser Highway near the Willowbrook Shopping Centre.

The car being used was not involved in a fatal accident, noted ICBC’s Leanne Cassap. 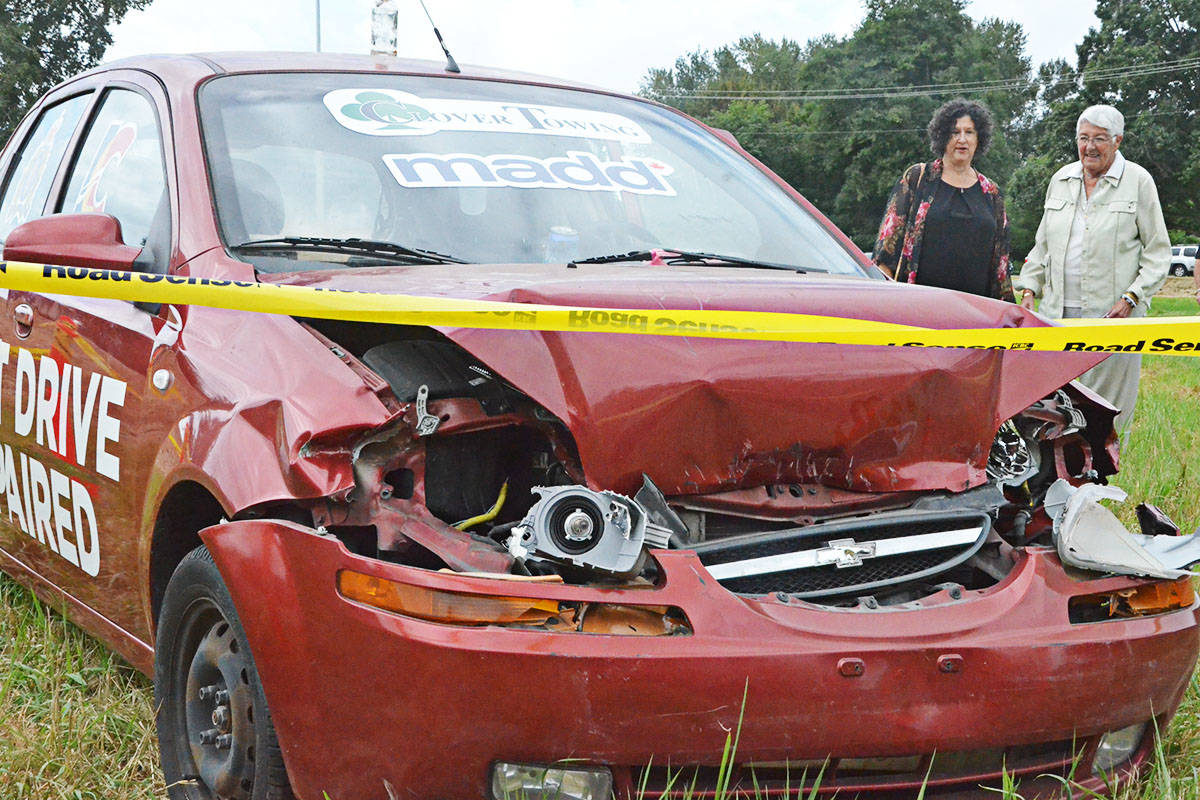