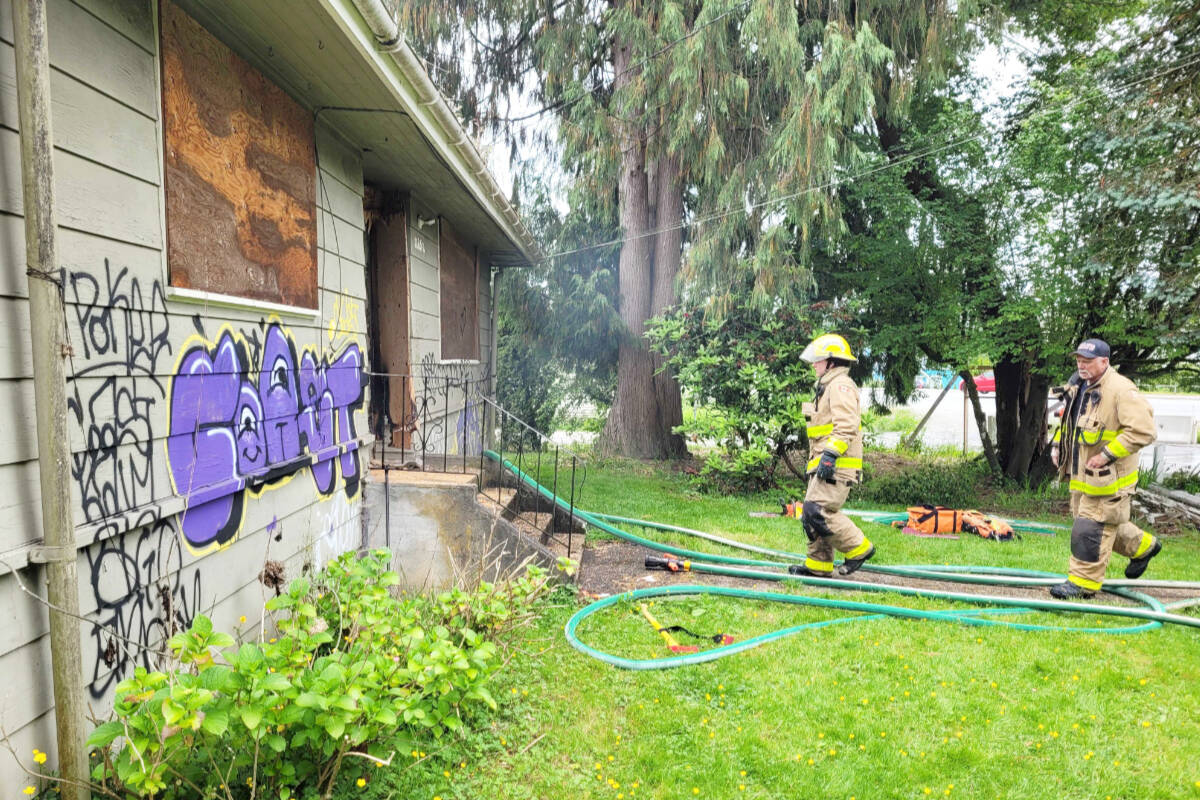 Firefighters attend to a fire isolated to the outside of a house in Maple Ridge on Tuesday, June 21. (Neil Corbett/The News) 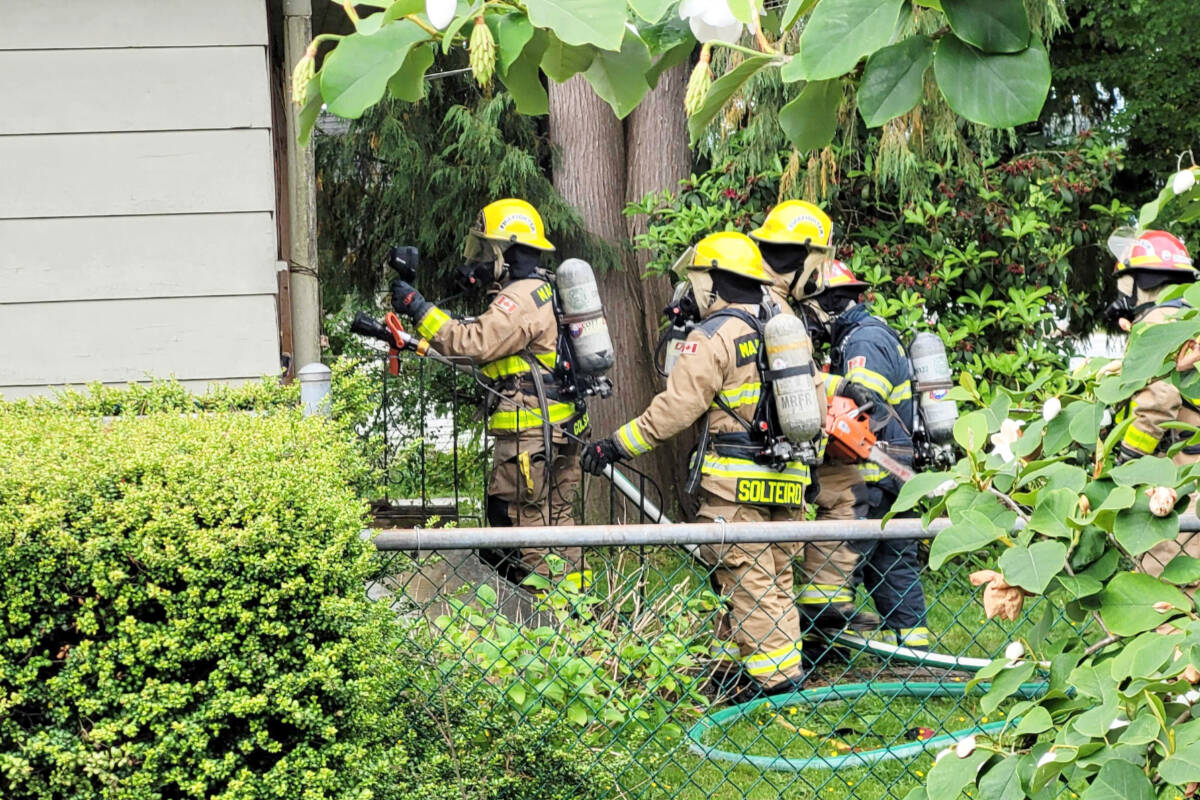 Firefighters enter an abandoned house at St. Anne Avenue and 223 Street after reports of a fire. (Neil Corbett/The News)

Maple Ridge firefighters raced to a fire at an abandoned house Tuesday afternoon.

Firefighters were called to the scene at around 11:15 a.m. on June 21 by St. Anne Avenue and 223 Street, where they discovered a fire on the outside of the building.

After further investigation it was established that the fire was isolated to the outside of the house and there were no fire conditions on the inside of the structure.

The fire was put out minutes after crews arrived.

Neighbours say the house is abandoned but homeless are known to use it.

Have a story tip? Email: cflanagan@mapleridgenews.com