Seven of 20 pedestrian bridges inspected by City staff “needed some work and have been taken care of,” Gill reported, including one over Pleasantdale creek that was “dislocated.”

At the height of the flooding, at least six roads were closed, including 50th Ave. between 198B and 197A Streets, where a culvert was blocked.

“Crews did an amazing job on cleanup,” Gill told council. 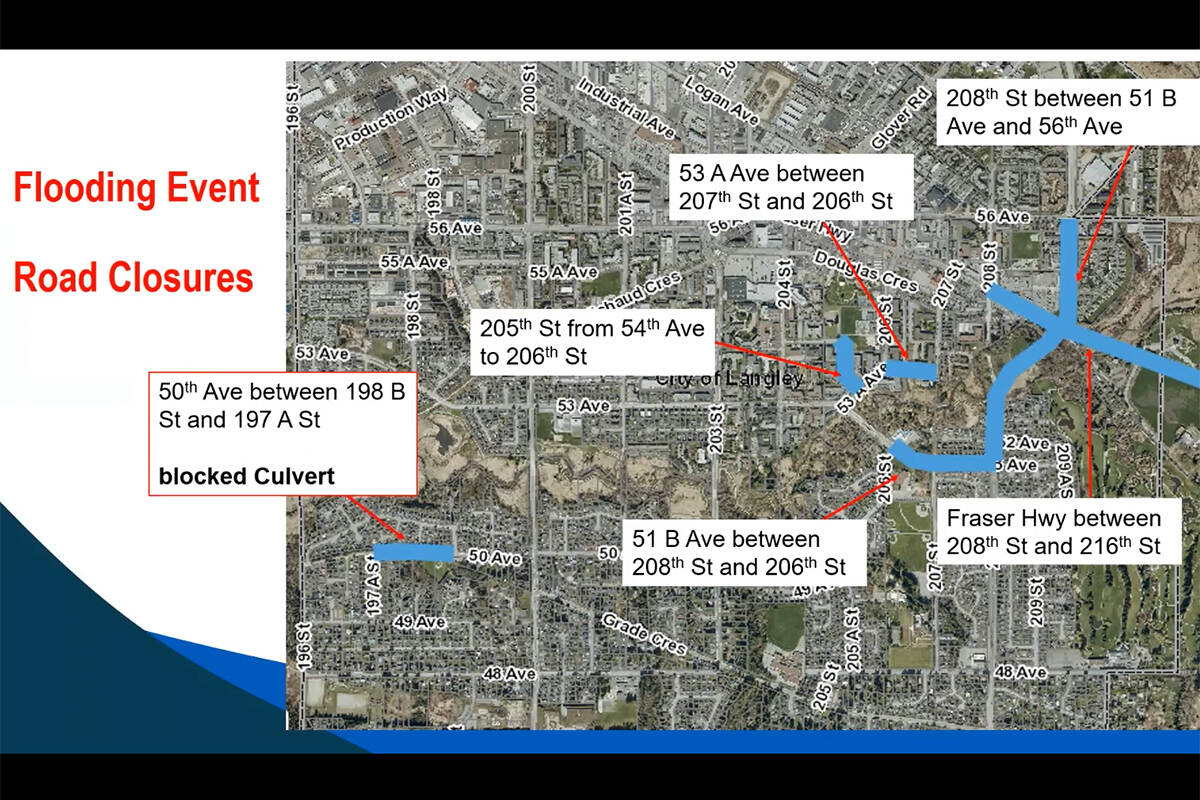 One benefit of the record rainfall will be the City effort to update flood plain mapping, which helps set limits on construction on or near flood-prone areas.

“This recent flood will help us a lot,” Gill explained.

“It gave us some good data to calibrate our model better. Hopefully we will come up with a more accurate model for our rivers and creeks.”

“We’ve got an absolutely fantastic staff at the city,” van den Broek commented.

Councillor Paul Albrecht commended staff for their hard work, saying “my appreciation goes beyond words,” and going on to describe them as “a real credit to our community.” 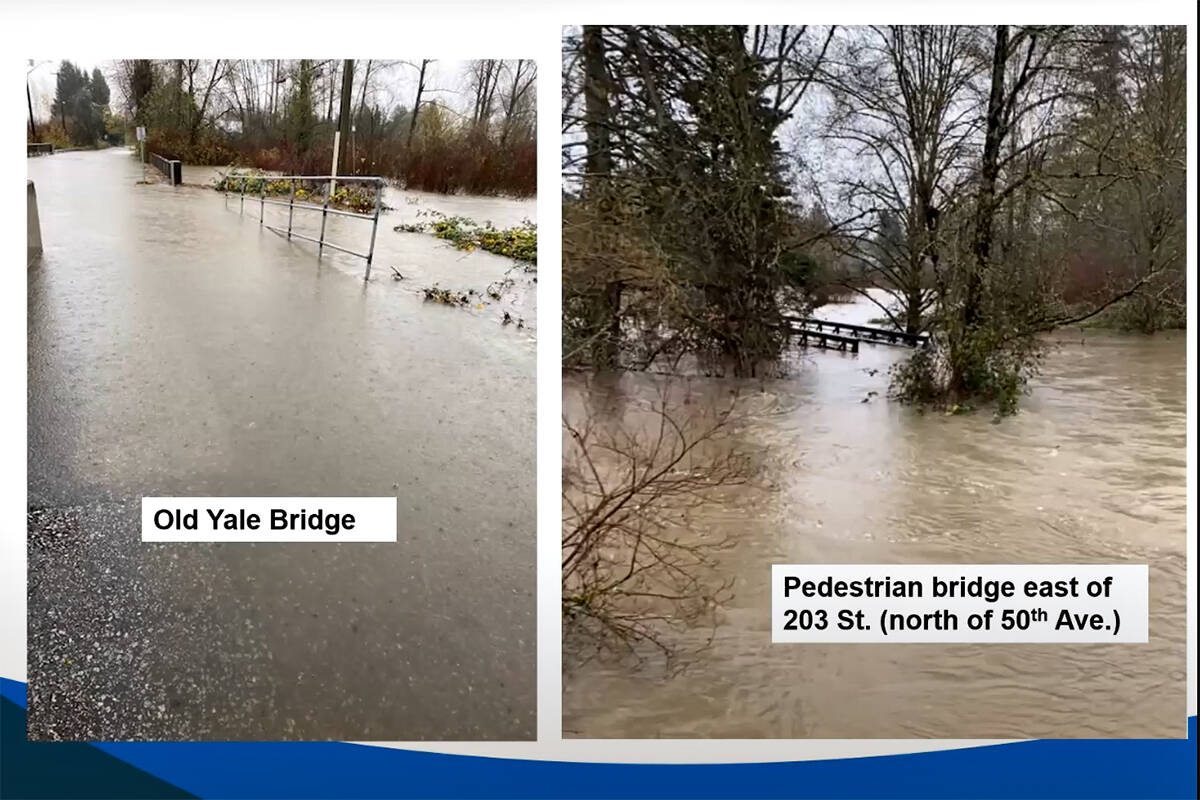 Coun. Nathan Pachal was “really impressed” with the speed of the trail cleanup.

“I was on the trail the weekend after and it was completely walkable,” Pachal noted.

Coun. Rudy Storteboom viewed the flooding as “a learning opportunity here, that we really need to take into consideration, as the flooding was mostly on the east end of our city. So I look forward to staying connected with staff and seeing what we can do to mitigate those problems for the future.”

According to Environment Canada, 52.4 millimetres of rain fell in Langley on Nov. 15 beating the previous all-time record of 28 millimetres set in 1985.

It was part of an “atmospheric river” that happens when columns of moisture gather over the Pacific ocean in warm water plumes and travel in a band of vapor, bring torrential downpours.