The school opened at the start of the school year but the official ceremony was held Thursday morning and featured students musicians. (Heather Colpitts/Langley Advance Times)

Students have had a couple of months to settle into the R.E. Mountain Secondary’s new building which is unlike any local school they would have encountered.

The school was built for 1,700 students, and features flexible spaces that can be used for varying sized classes and functions, collaborative spaces, a small gym and competition sized gym, a courtyard and more.

Students like Andrew Cho and Jeff Chiang are figuring out which parts of the building they like the best.

Chiang is drawn to the library which is non-traditional and has padded sectionals which he says gives it a “comfyness.”

“I really like studying here with my friends,” Chiang said.

While Cho likes the gallery or atrium with tiered its steps.

“I come here just to sit down. When I do come here, I just chat with my friends or sometimes study if I’m alone,” Cho said.

Both say that the fancy new building is secondary to the people in it.

“It’s bigger in the school now and there’s a lot more space which is really nice,” Chiang noted. “I’m looking forward to developing this as a home and a community to make it match the old school where it had a history. I was hoping this school can turn into that but a better version.

She said students enjoy having innovative designs, such as areas where students can collaborate together on projects.

“As we look around, the building is unlike what we’ve ever been able to experience before,” she added.

It’s a far cry from about 20 years ago when the district contemplated closing R.E. Mountain Secondary.

Programs were under threat because of low student numbers at the time compared to the early 1990s when the school was full.

Teacher George Costopoulos started at R.E. Mountain back in 2001 when the school was struggling.

“It seemed to be in the middle of nowhere,” he said.

The student population was less than 600 and staff feared the closure of the school.

But the community had been promised for years that development was coming and that it would bring families to the neighbourhood.

The development did arrive a few years later and within a short time, R.E. Mountain was overcrowded and needed many portables.

“Transformed through frenzied development, the R.E. Mountain student population more than doubled, breathing life into our old building and optimism,” Costopoulos said. “But this growth came at a price. The once empty hallways changed into rush hour traffic jams.”

That’s when the district started lobbying the province for a new secondary school.

Principal Magdy Ghobrial cautioned students to not get blase about the new facility because it is a unique building. He and other district staff toured other schools to help affect the design.

“I hope that every day that you walk into this place that you’re thankful because it’s an amazing experience that we have, to be in this place,” Ghobrial said.

Grand opening of RE Mountain ⁦@LangleySchools⁩. It “took a village to raise” this beautiful school with so many unique learning spaces. A true testament to designing for optimal learning!!!💜 pic.twitter.com/VP5rWvmSuh 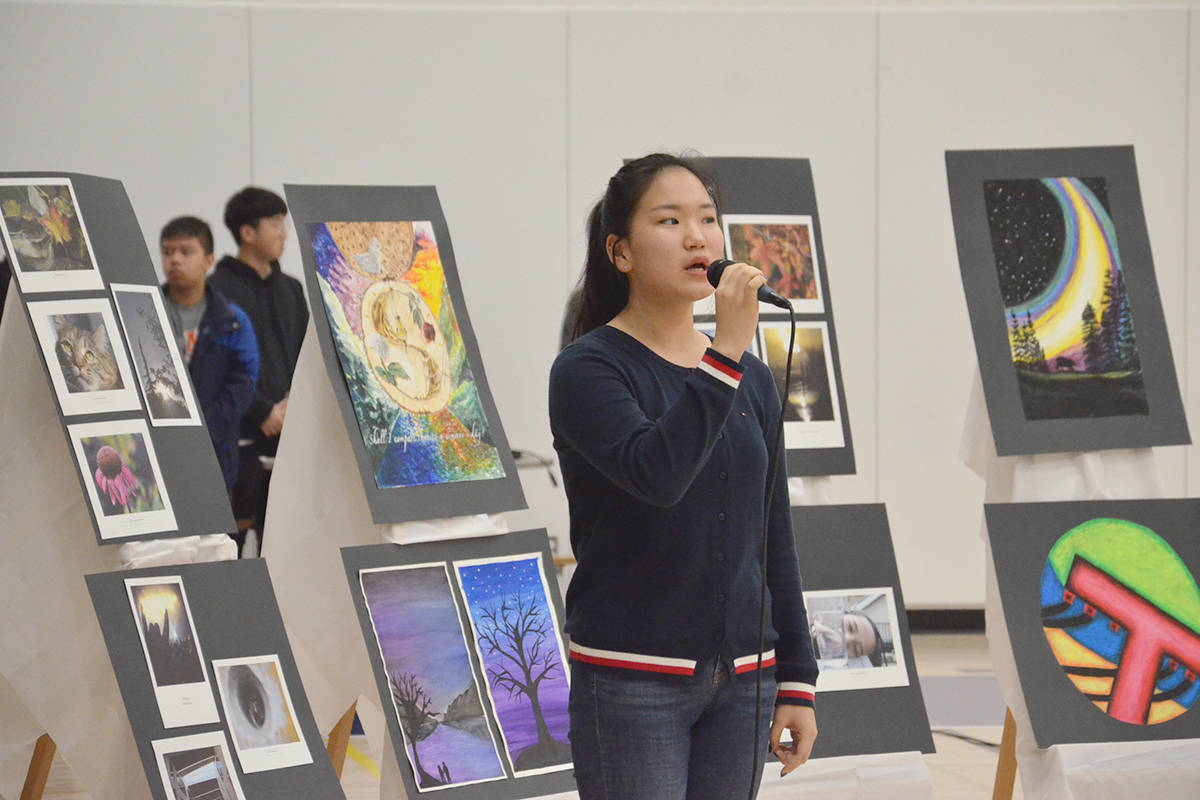 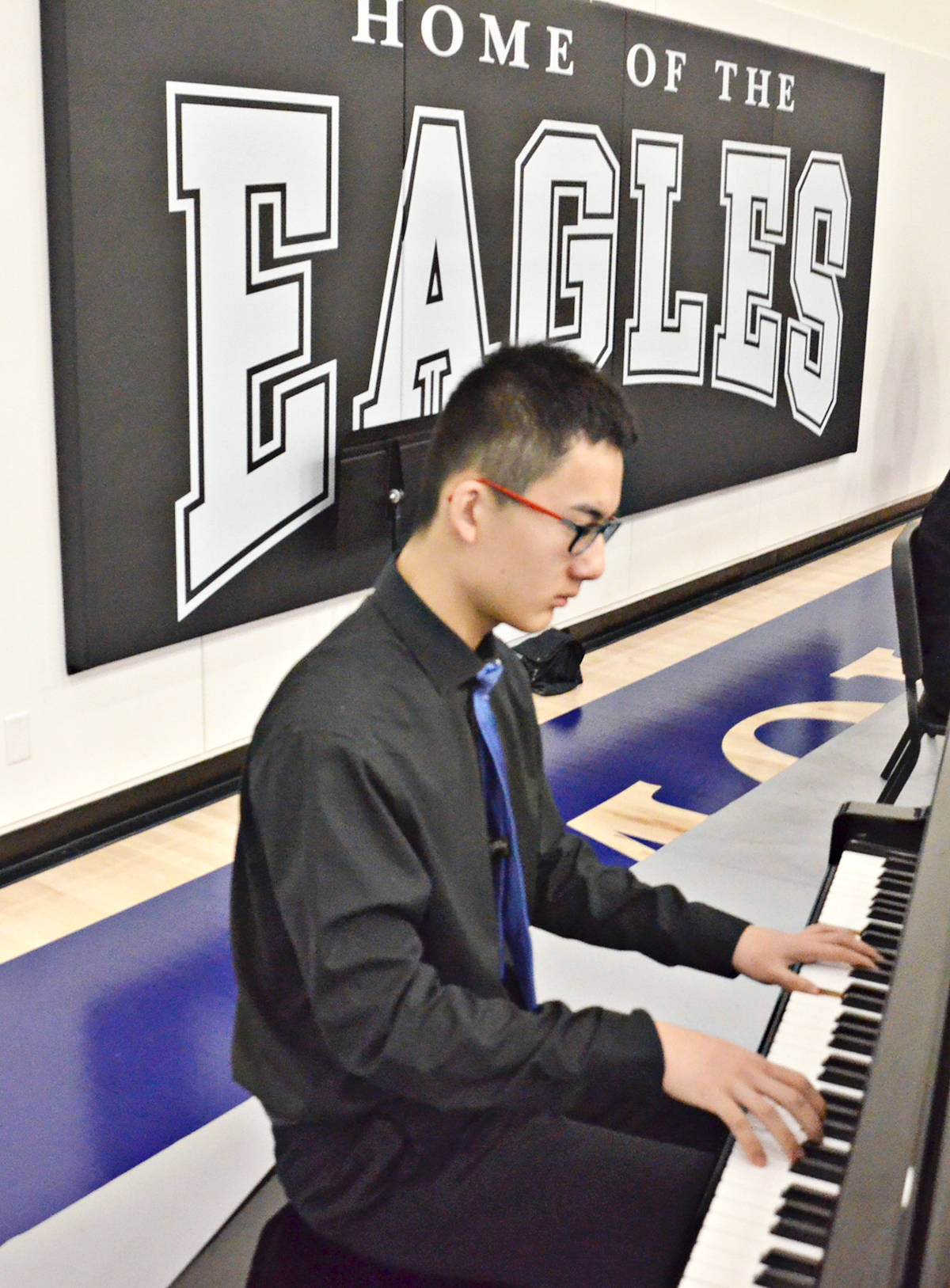 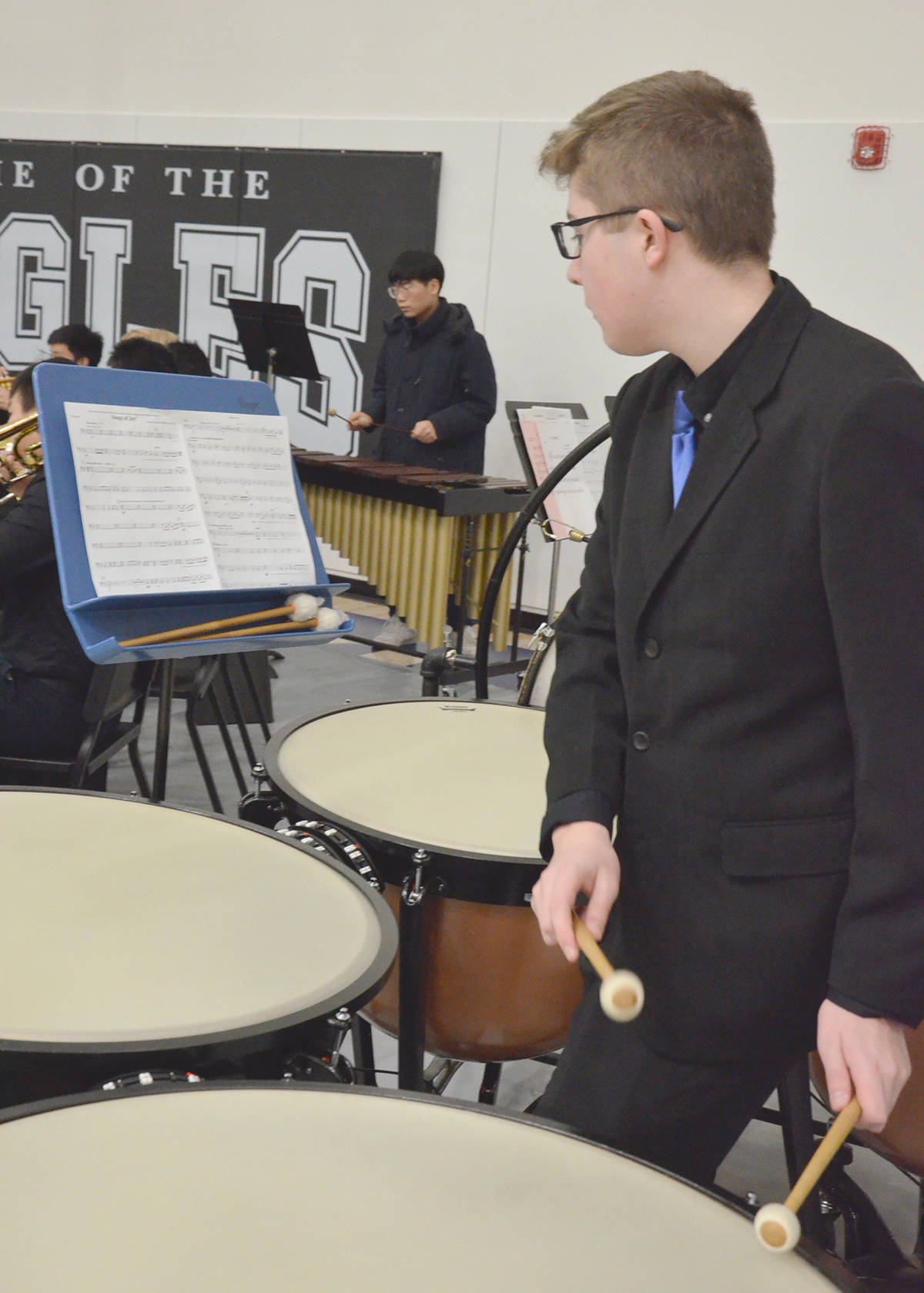 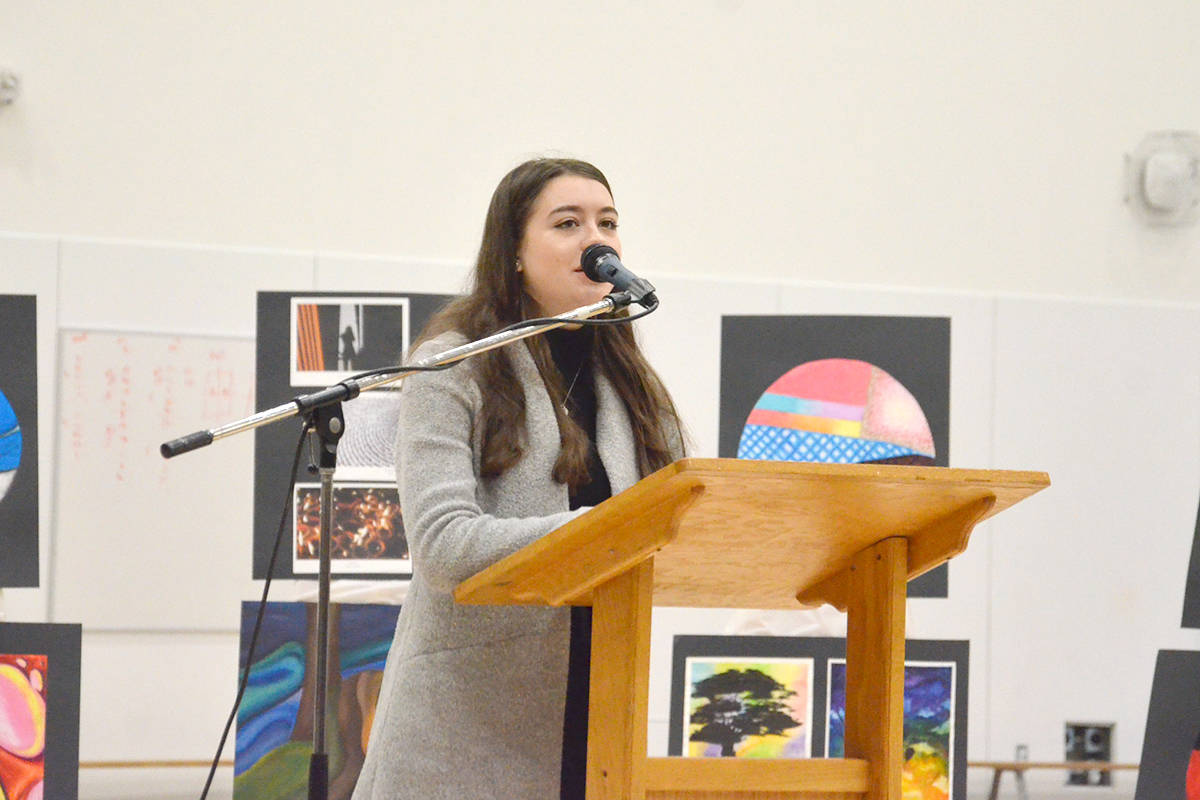 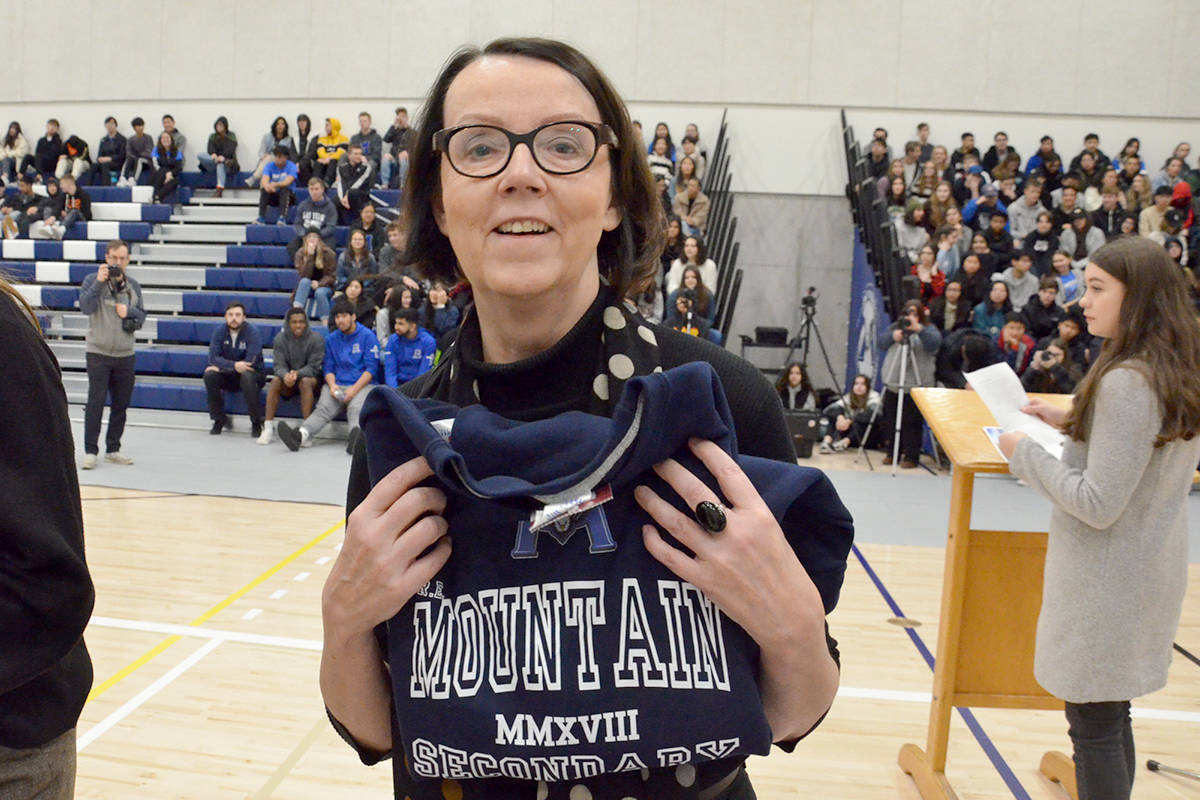 R.E. Mountain Secondary presented school apparel to the companies that were part of the planning and construction. Karen Marler is with the architectural firm HCMA. (Heather Colpitts/Langley Advance Times) 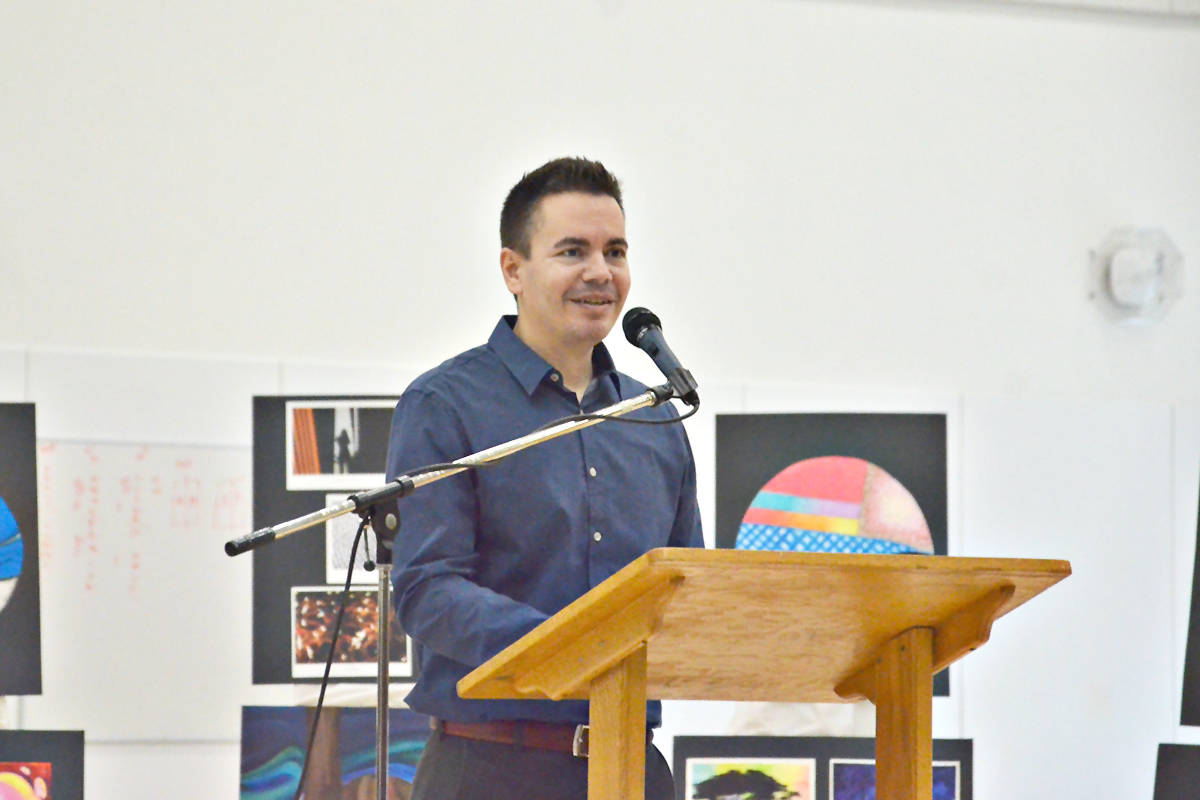 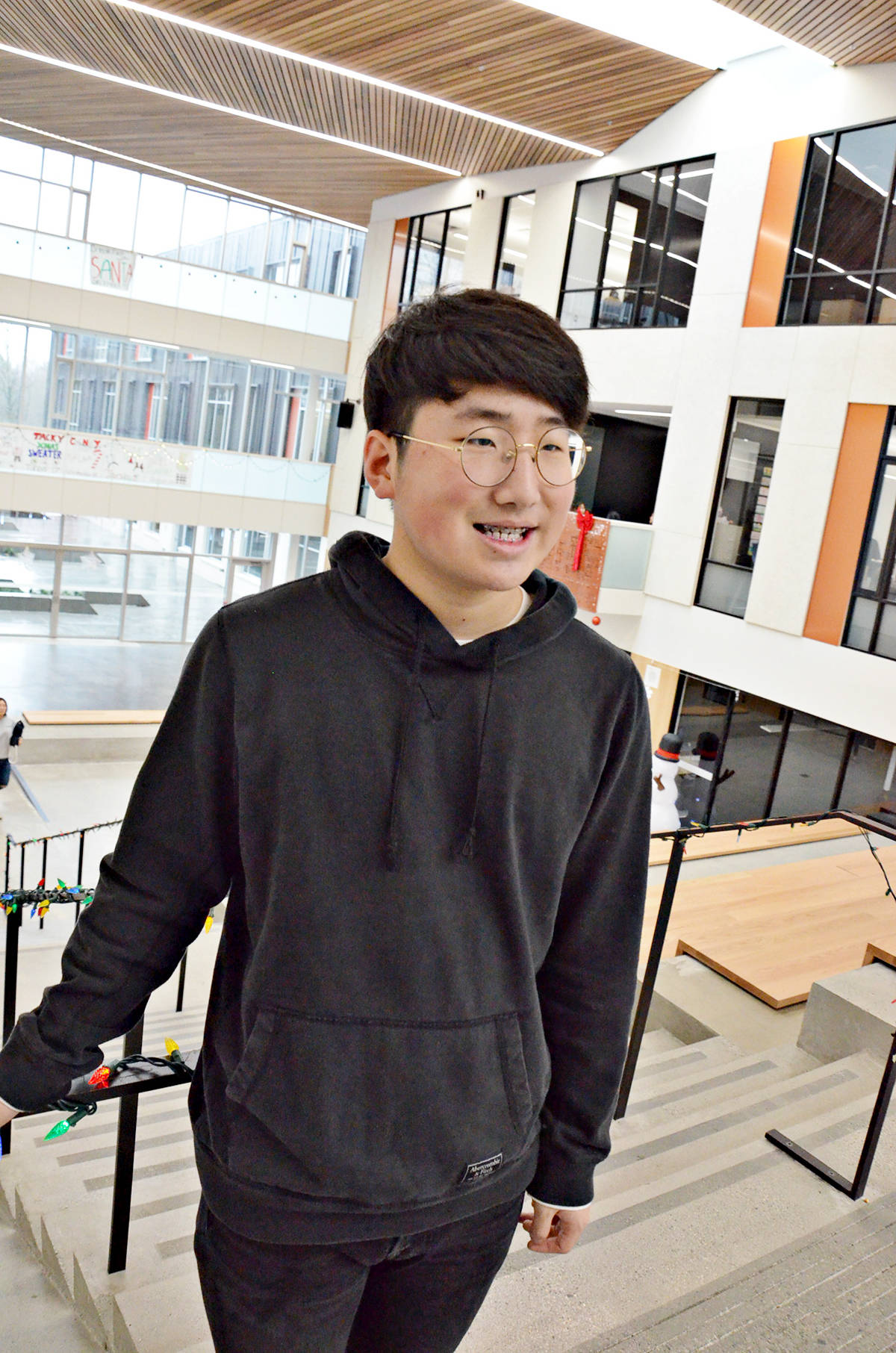 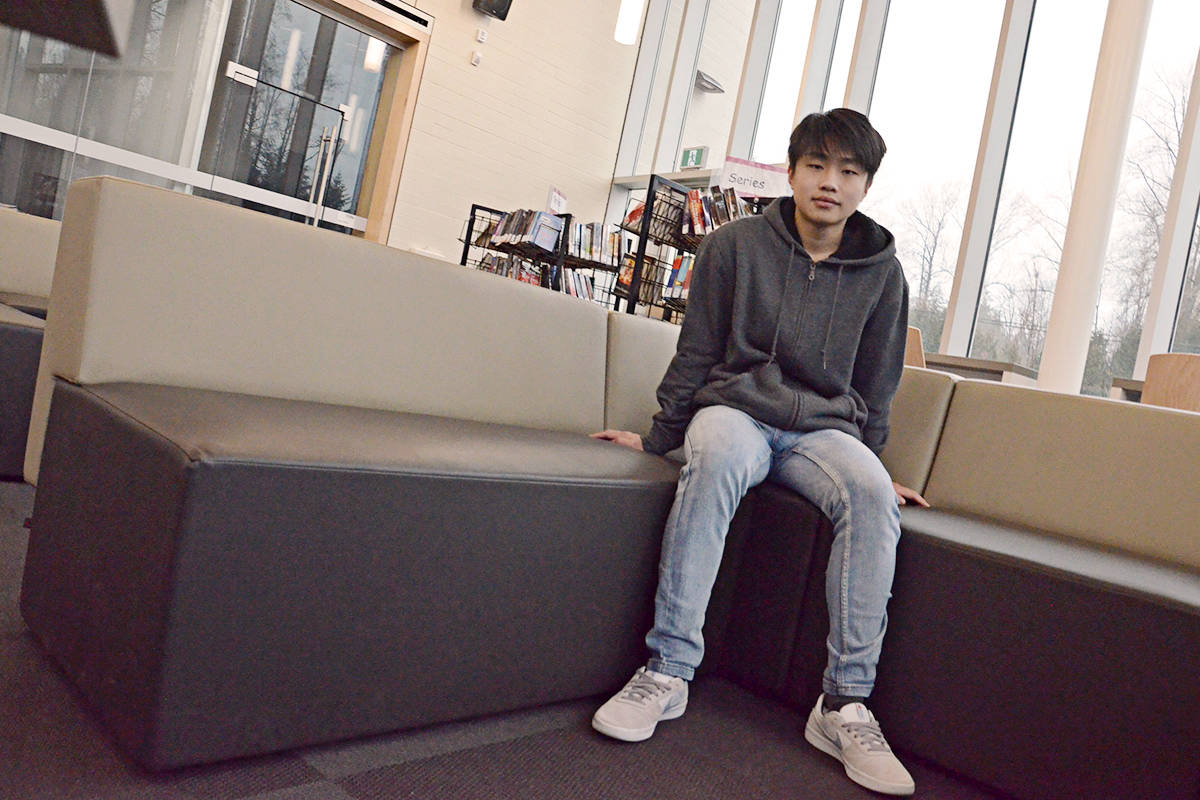 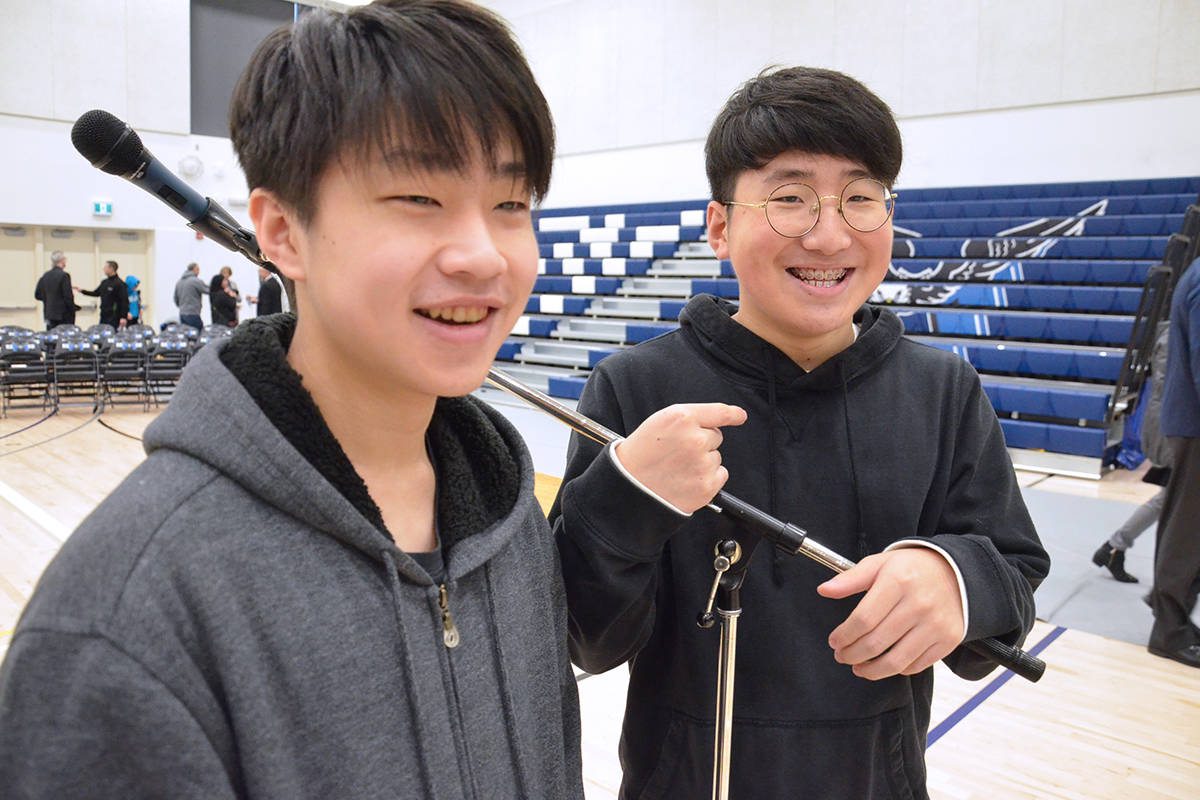 Jeff Chiang and Andrew Cho went to the former R.E. Mountain Secondary, which is now the Peter Ewart Middle School, and like the non-traditional elements included in the new Mountain. (Heather Colpitts/Langley Advance Times)