Just a few minutes after she had been sworn in as the new Langley City mayor, van den Broek and her husband Rob had walked back into the now-empty council chambers to have a picture taken of them together.

Val van den Broek is sworn in as the new mayor of Langley City. More at langleytimes.com #langleybc

Following the Monday night swearing-in before an overflow crowd by judge Rob Hamilton, retiring mayor Ted Schaffer presented van den Broek with the official chain of office and placed it on her shoulders.

The new mayor then gave the outgoing mayor a hug, and delivered an inaugural address that thanked Schaffer for his service to the community.

“You, sir are truly remarkable, and I’m glad to be able to say that I had the chance to work with you,” van den Broek said.

“Your compassion and thoughtfulness for this city and all its residents is priceless.”

The new mayor said council would build on the accomplishments of the previous administration.

“We’re grateful and excited as a team to keep moving the City forward in a positive direction,” van den Broek said.

“As an experienced council, we can hit the ground running.”

While the 39th City council technically has two newly-elected councillors, neither is a political novice, with Rosemary Wallace, a former Langley School trustee and Teri James, a former three-term Langley City councillor who took time off in 2014, citing “very positive personal and professional opportunities.”

Van den Broek identified homelessness as “the most pressing social issue” the city faces, saying council would work with other levels of government to develop a regional plan.

“Most people do not choose homelessness and there are other underlying medical matters such as mental health and drug addiction,” the mayor said.

She sounded an optimistic note about public transit, predicting “options will continue to grow as we do.”

Van den Broek, a one-term councillor, was elected with 2,446 votes or 50 per cent of the ballots, ahead of Fassbender, who finished a close second with 2,240 votes, 45.8 per cent (Serena Oh was third with three per cent). 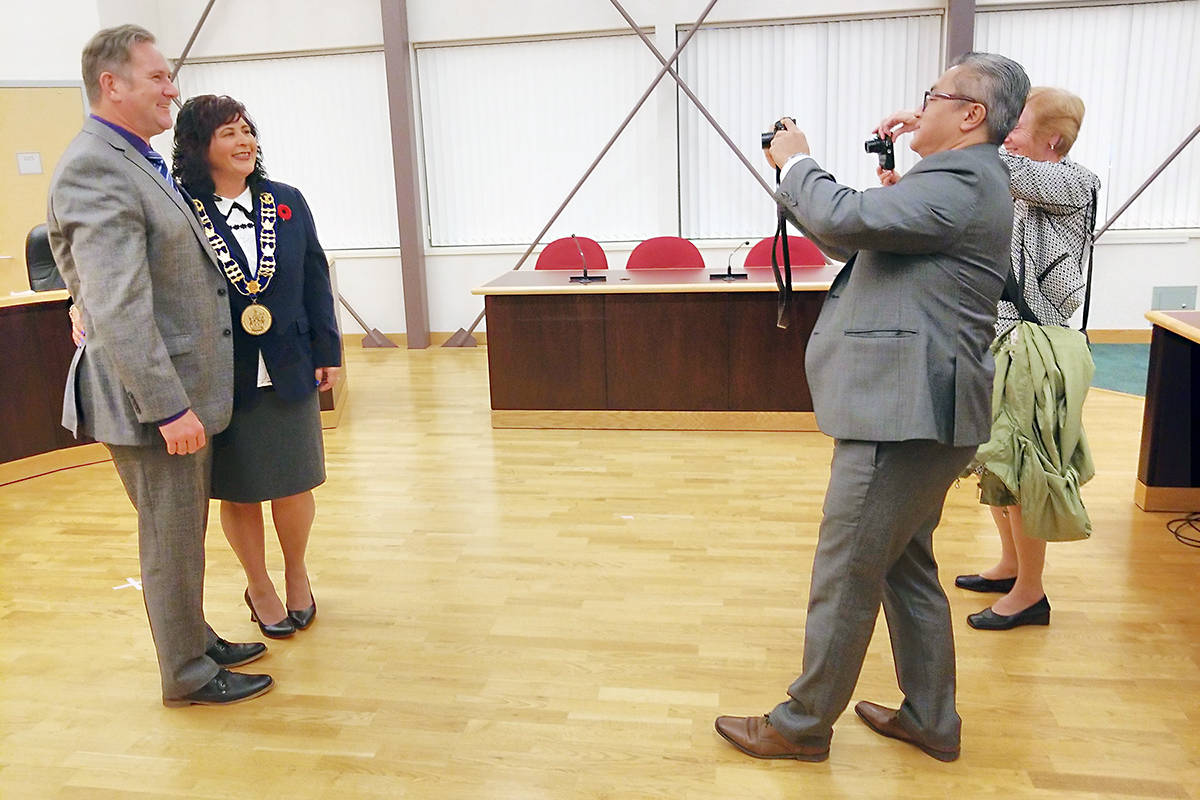 A few minutes after she was formally sworn in as mayor of Langley City, Val van den Broek and her husband Rob returned to the now-empty council chamber for pictures. Dan Ferguson Black Press 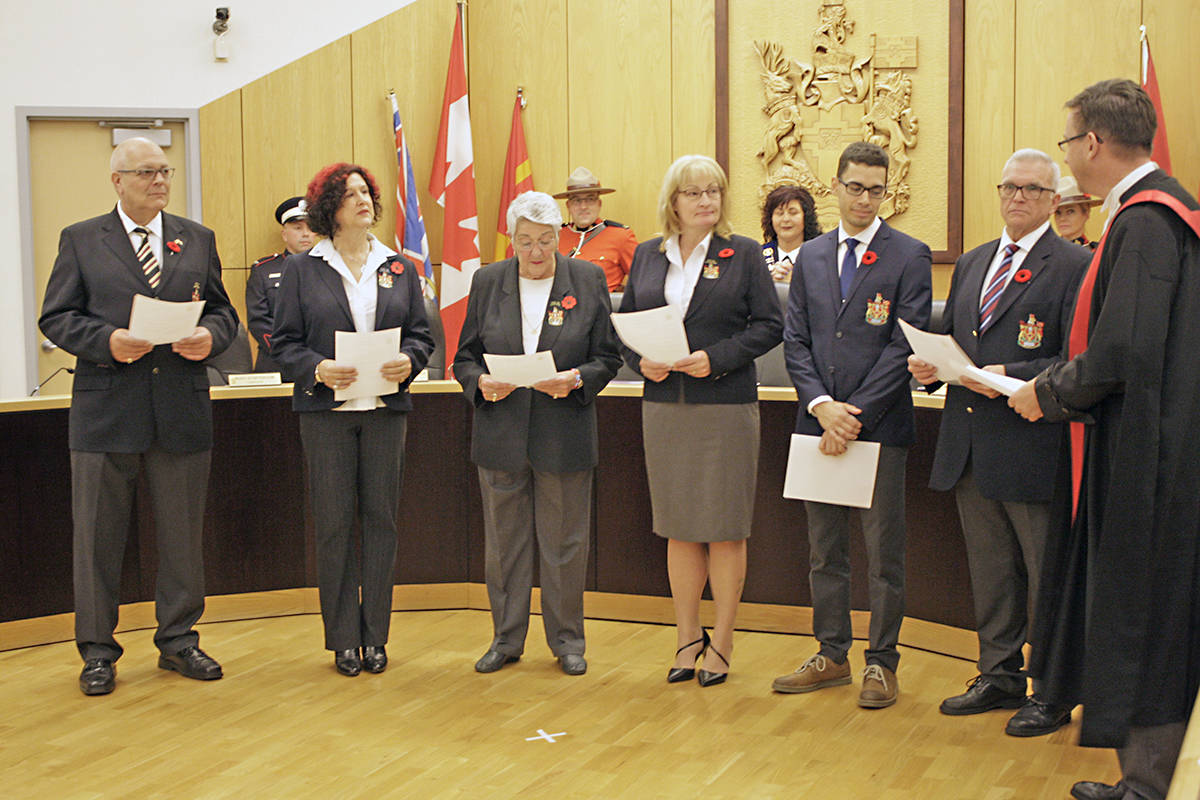 What can I do?

Site visitors: There was an issue serving your request, please try again in a few minutes.

Site Owners: A request for either a page, script, process, or query has taken too long to complete and has been cancelled due to a bad gateway. You should visit your error log for more information.