Patricia White, who lives in the same Langley City neighborhood as the seniors care home, said the event, held in the Lodge parking lot, was organized by a group of people from an online Facebook page to boost the spirits of staff and residents at the facility, site of the worst COVID-19 outbreak to date in B.C.

“Langley Lodge is going through a rough time, and it’s important to let them know that we’re all thinking about them and we’re here for them,” White told the Langley Advance Times.

White praised the local No Frills Store for donating fruit and bottled water to be provided to staff at the Lodge.

She hopes there will be more demonstrations of support in the future.

“We want to inspire others to do the same thing in their communities,” White said.

“It’s okay to feel sad, it’s okay to be upset with what’s going, but at the end of the day, we’re all going through this together.”

Most of the the participants wore masks, and Kim Snow of Kimz Angels, the nonprofit that helps the homeless, arrived masked, gloved and wearing a hazmat suit.

“We love you,” Snow yelled, waving at people in the windows, who waved back.

Health Care worker Angela Hay, a Murrayville resident, arrived with a double-sided sign of support with encouraging messages on both sides.

“My neighbour’s mother is here and I understand how stressful it can be,” Hay commented.

Steve Elliot, better known as tribute performer “Elvis Elite,” drove his pink Cadillac in from Chilliwack to perform in the parking lot.

A post shared by Langley Advance Times (@langleyadvancetimes) on Jun 3, 2020 at 2:38pm PDT

Elliot, who is also a painter, presented the Lodge with a portrait of a masked health care worker.

Also present was Langley Lodge board of directors president Deborah Silvester, who said demonstrations of support and appreciation are welcomed at the Lodge.

“It makes a difference,” Silvester commented .

Langley City councillor Rudy Storteboom said it was important to let the Lodge know “that our hearts and minds stay with them.”

Earlier in the week, on Tuesday, June 2 at 7 p.m., postal workers staged a drive-by show of support, making a slow pass through the parking lot with their horns honking. More than 20 vehicles took part.

The Langley non-profit care home has reported 23 deaths connected to the virus since the outbreak began on April 28 – the most deaths in any seniors care facility in B.C. since the pandemic was declared in early March.

Fraser Health authority has appointed its own director of pandemic response to provide oversight of the COVID-19 response at Langley Lodge. 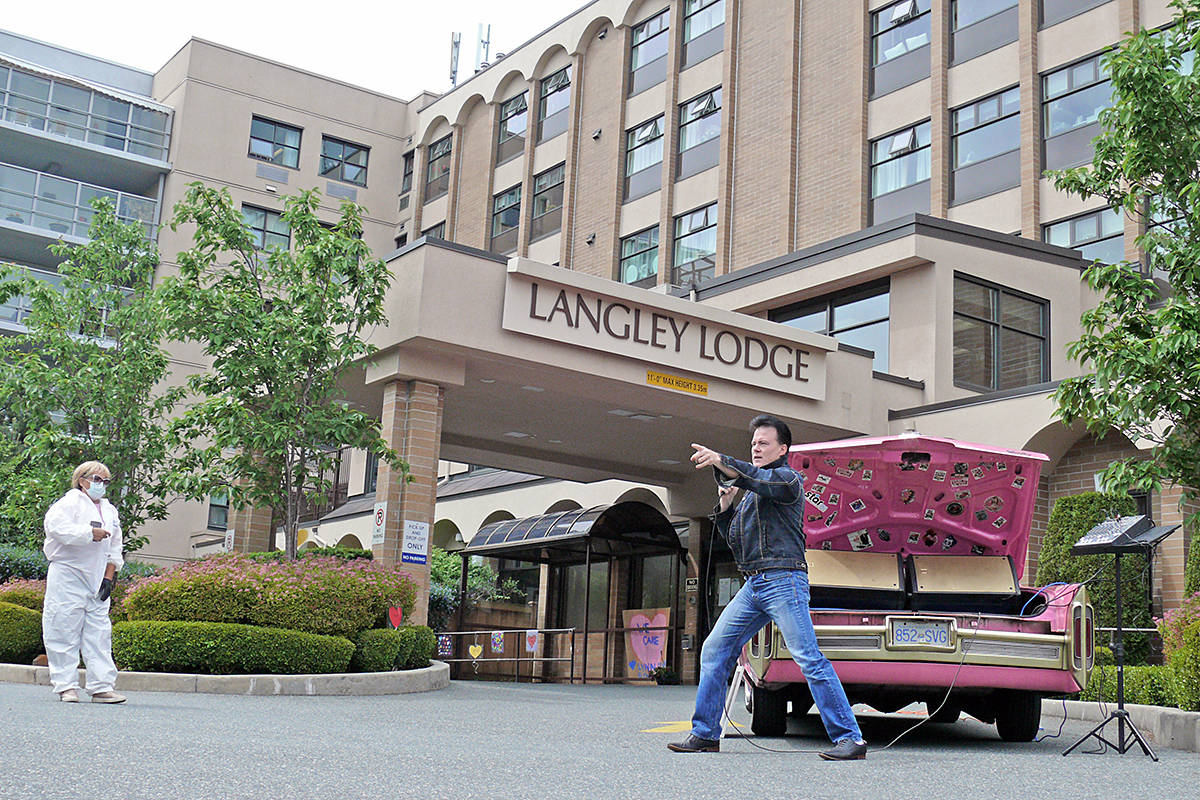 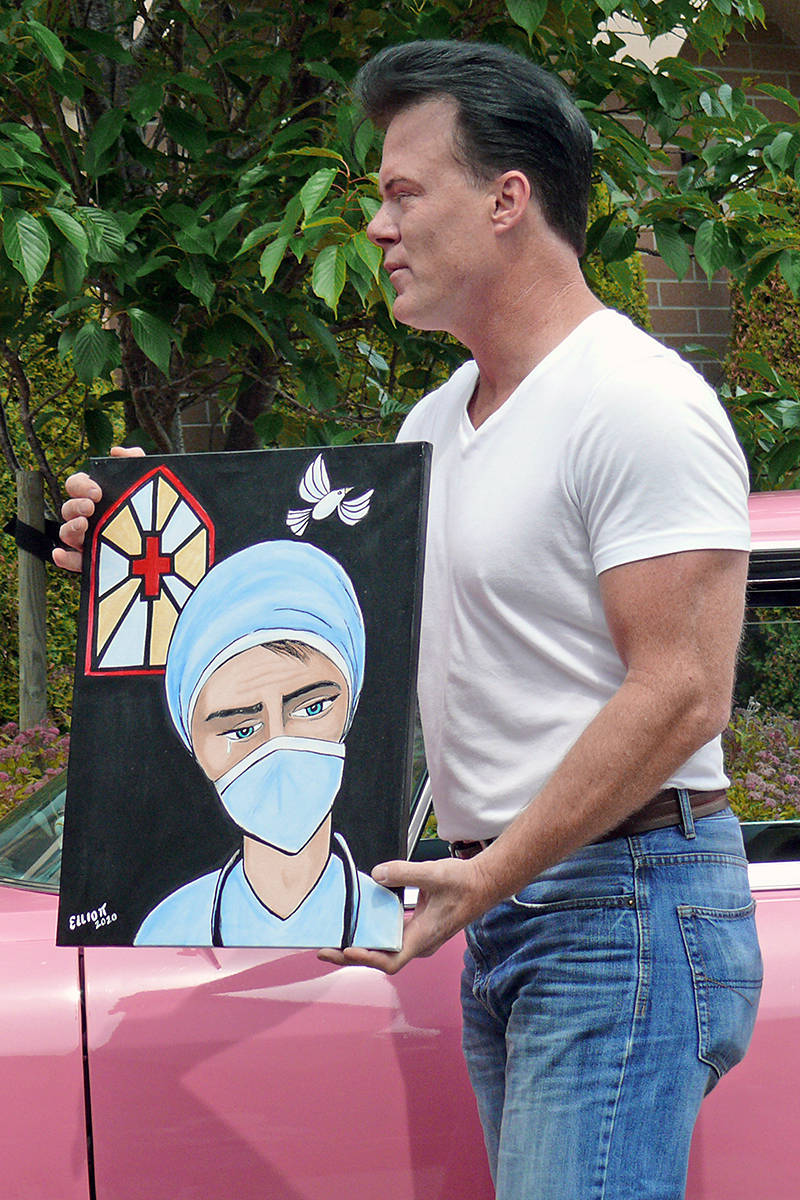 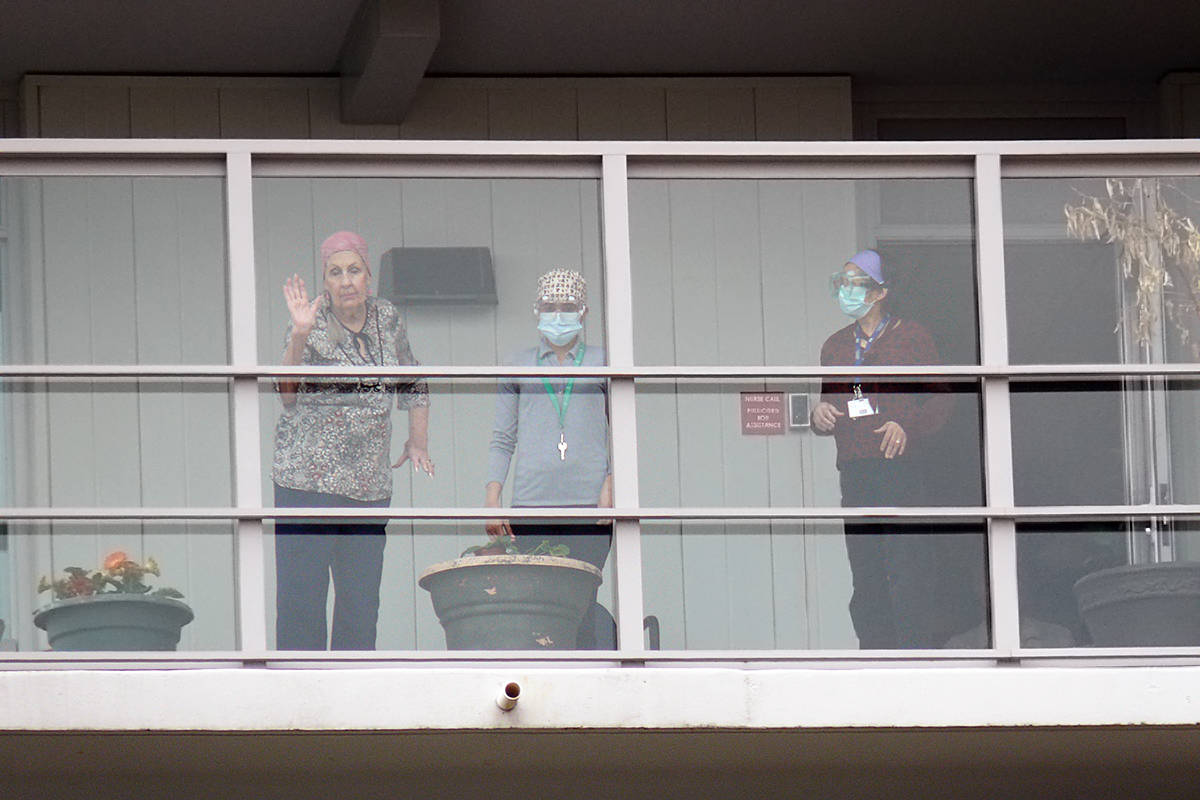