A driver who tried to leave the scene after hitting a pedestrian in Langley City, was stopped by other drivers who followed and blocked their exit on Sunday.

Langley RCMP said a pedestrian escaped with what were described as “very minor” injuries after being hit in the crosswalk by a left-turning vehicle near the intersection of 201A Street and 56 Avenue in Langley City around 11:30 a.m.

The vehicle did not remain at the scene, but it was brought to a stop by witnesses a short distance away, the RCMP report said.

The driver, a 55-year-old Vancouver woman, was ticketed for failing to yield to a pedestrian, failing to remain at the scene of an accident and failing to render assistance.

It appeared the injured person was conscious and able to walk without assistance when ambulance attendants arrived.

The pedestrian was transported to Langley Memorial Hospital. 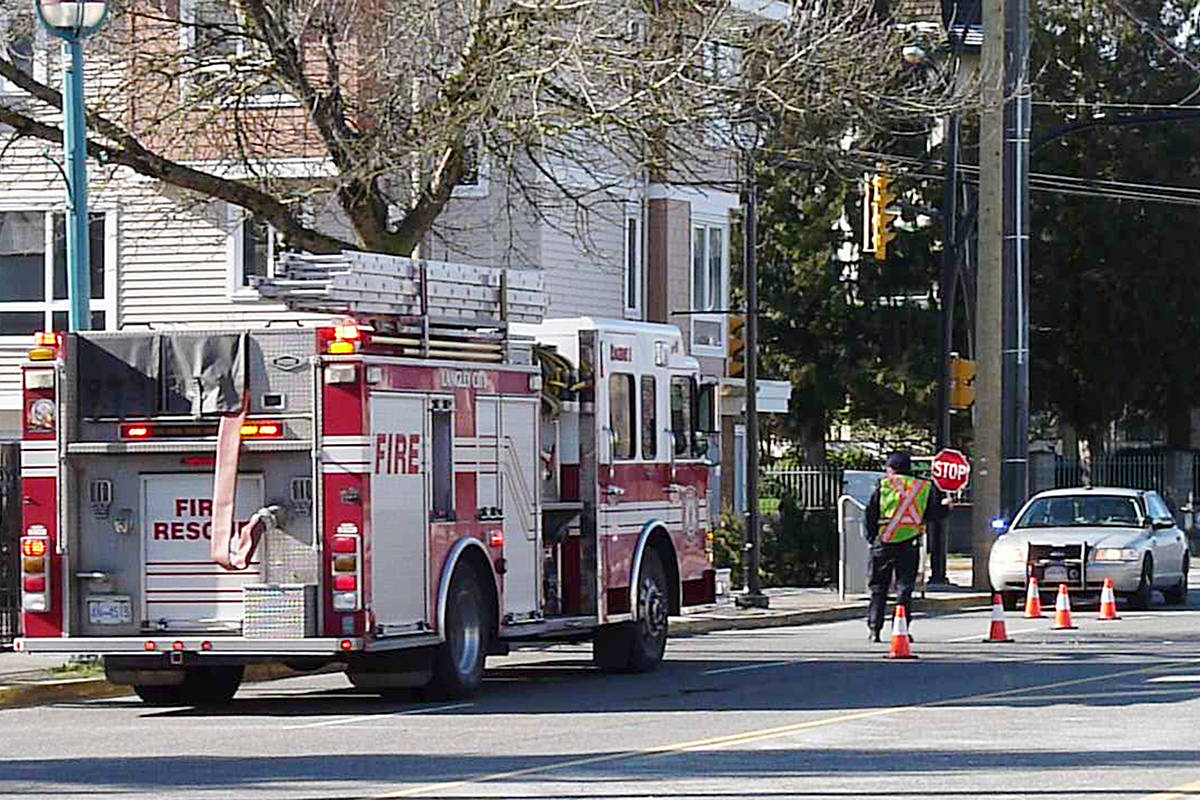 A pedestrian was hit near the intersection of 56 Avenue and 201A Avenue. Dan Ferguson Langley Times