An Aldergrove grandpa found just about the only way he could see his grandson on his birthday during a pandemic – in a full hazmat suit.

As Jace celebrated being three years old Wednesday, Douglas Rae –whom he calls “Papa” – couldn’t resist a surprise visit to his quarantine-themed birthday party at home.

Jace’s family of four was disappointed knowing they couldn’t throw him a birthday bash due to a provincial health ban limiting large gatherings to prevent COVID-19 spread.

But they still wanted Jace to have a momentous celebration, said mother Karli Benetta.

“So we had to get a little creative,” she emphasized.

First, they hung a special black and yellow sign, that read: “Quarantine third birthday party! None of you are invited.”

Then, unbeknownst to the household, “Papa came to visit in head-to-toe Hazmat,” Benetta retold.

“He surprised us all,” she said.

It had been nearly five weeks since anyone in their immediate family had seen the grandfather, who was self-isolating out of precaution, due to his age.

But “he wanted to go the extra mile and get a hug from his grandson – in the safest way possible,” Mom explained, saying he had previously acquired the hazardous materials suit from a old job.

Papa made quite the entrance, beaming in an all-blue suit, holding colourful balloons for his grandson.

“Hey! We can have a hug now,” Papa exclaimed, arms-out toward Jace.

“What are you wearing?” The three-year-old questioned him multiple times, hugging back.

“It’s the only way I could hug you,” Papa replied.

Jace’s mother thinks her son enjoyed his intimate celebration, just as much as he would have any other birthday.

He still “doesn’t fully understand why grandpa can’t just give him a hug,” Mom said. 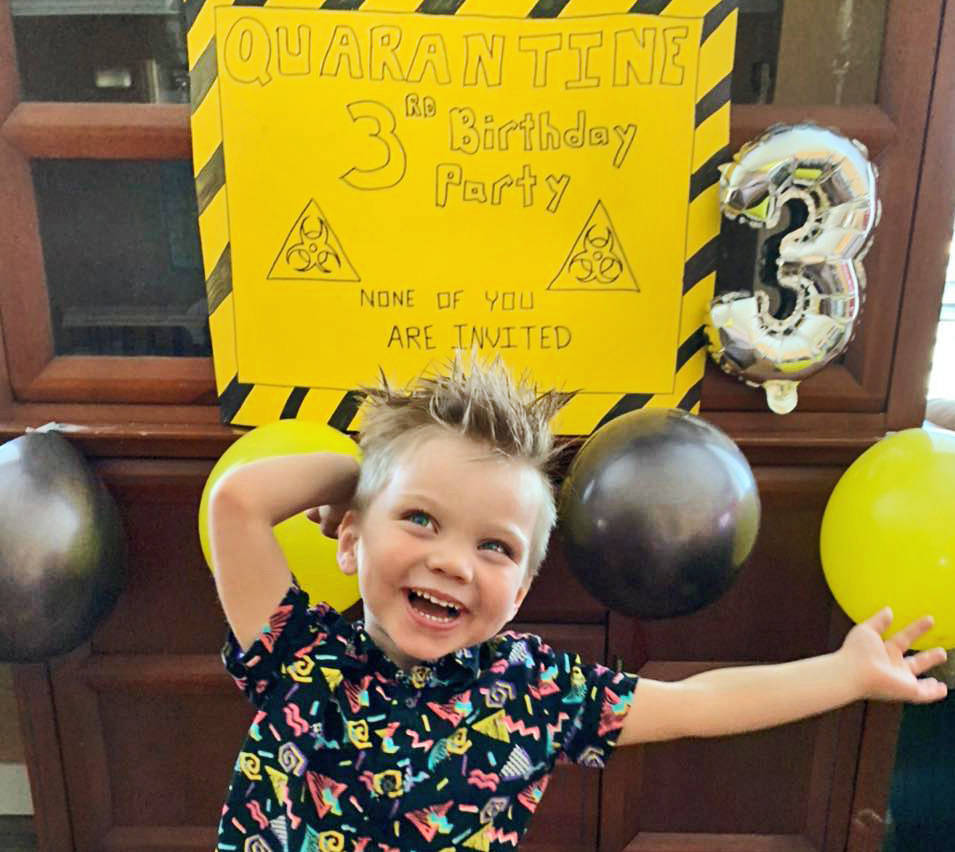