They bowed their heads when Fr. Andriy Werbowy said a prayer for Ukraine and they applauded singer Emelia Lupynis after she performed the Ukrainian national anthem.

An emotional Langley City Mayor Val van den Broek, who is Ukrainian on her father’s side, told the crowd more needs to be done to help Ukraine fight the Russian invasion. 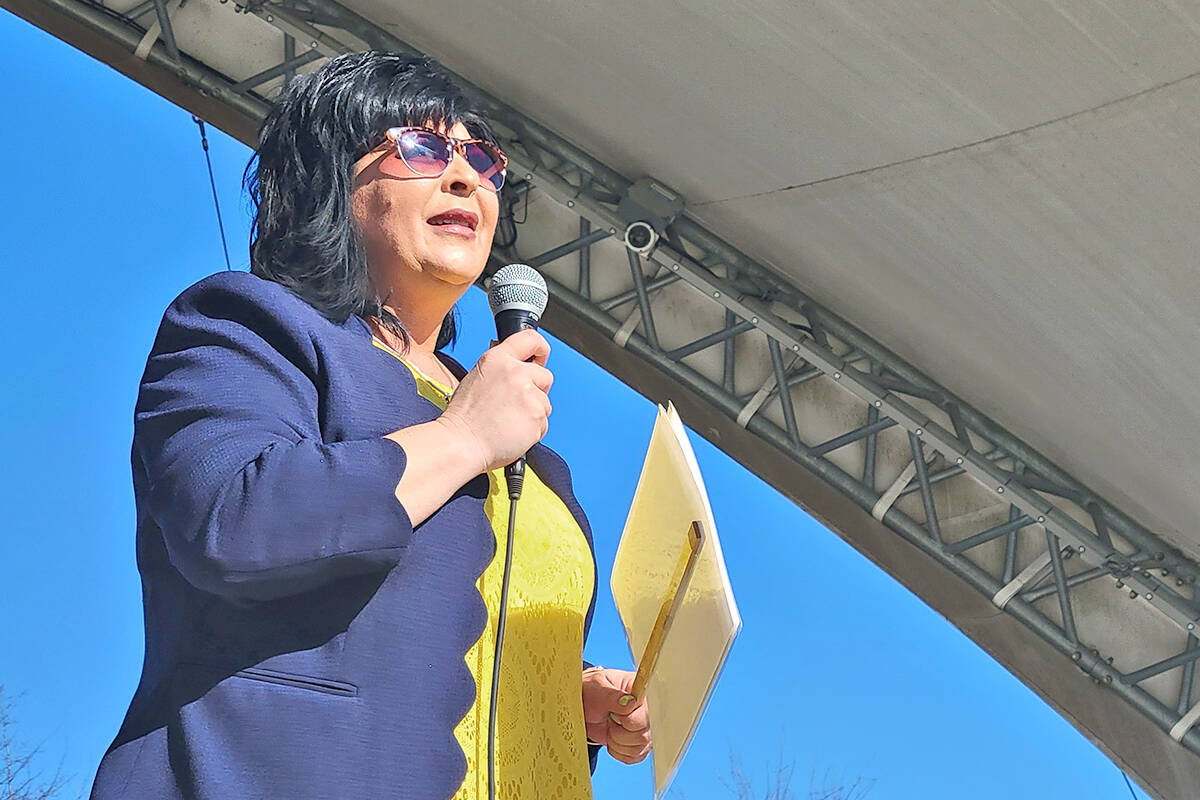 “The world sits back and watches and does nothing,” van den Broek told the audience, her voice shaking.

“We donate money, we cut off the internet, but nobody’s going in to help them, and it’s just not right. And we shouldn’t be seeing this in the world today.”

Eugene Lupynis, a board director for the Ukrainian Community Society, called the invasion of Ukraine by Russia “horrific,” urged a boycott of Russian goods, and called for a no-fly zone to be ordered by western powers over Ukraine.

“Ukraine will not be defeated,” Lupynis said.

More than a million Ukrainians call Canada home, and in 2016, about four per cent of people in Canada, who responded to the census, identified as being of Ukrainian descent.

Demonstrations have sprung up in several cities and towns around the world since Russia launched attacks on Ukraine on Feb. 24. In B.C., protests have been held in several communities including Kelowna, Penticton, Victoria, and Vancouver.