What took the generosity of 85 Fraser Valley businesses and hundreds of volunteers came to fruition in a few short hours Monday in Aldergrove, as the Kendall family laid eyes on their new home.

With a view now unobstructed by hedges, the hardworking mother’s jaw dropped in sight of its new facade, with a roomy front porch and awning.

“Everything got wet before,” Kendall said, “I’ve always wanted a roof here. Now, we can put out pumpkins during Halloween,” she said, already dreaming up new uses for her transformed home.

The single mother stood side-by-side with her son, Francis, sister Evon, and niece Julie, as the group entered the home and was led through each of the rooms.

It was Kendall’s younger sister, Evon Hardy, who first nominated them for a free home makeover through the Extreme Home Repair outreach program offered by the Acts of Kindness (AOK) ministry – a part of Langley’s Seventh-day Adventist Church in the Valley.

“If it wasn’t for her nominating us – this would have never happened,” Kendall said.

She and her son had long suffered living in an “overwhelming” home, vulnerable to the elements with areas of mold, cracked tiles, prickly blackberry bushes, a broken fence, and drafty windows.

The mother struggled to keep up with the ever-growing list of necessary repairs.

“Ledell had bleach in a spray bottle and a rag to wipe areas of mold,” her sister Evon recalled.

The home was “freezing cold,” her niece, Julie, explained, “It was like being in a basement.”

In the newly renovated space, one of the first differences the sister felt immediately was warmth.

“It’s actually toasty in here,” she exclaimed upon first passing through the living room. A gas fireplace and state-of-the-art digital furnace system made the room welcoming for the foursome.

As Kendall first toured through her updated home, it was evident that the AOK crew made many fixes with the mom and son in mind.

Kendall was ecstatic over a new washing machine that holds “more than five items of clothing,” a faucet “that doesn’t leak,” baseboard heaters throughout the house, a front door “that lets the light in” and an above ground planter where she can grow vegetables.

“Brand new everything!” Kendall exclaimed as she saw the shiny new appliances in her kitchen including a dishwasher, over-the-range microwave, and stove.

This year marked the 16th family AOK has provided “a fresh start,” according to Church in the Valley’s Pastor Michael Dauncey.

Little did the family know – less than an hour before the reveal, AOK workers were scrambling to construct shelves and add finishing touches to the space, churchgoer Michael Melnychenko revealed.

In the two weeks between May 3 to May 20, hundreds of volunteers spent countless hours working on the weathered one-storey bungalow in downtown Aldergrove.

“The crazy thing is that this was done by a bunch of people who just chose to do something different with their day,” emphasized project manager Lorne Brownmiller.

Kendall bought the rancher 18 years ago. She welcomed Francis just a few short years later – the two have been nothing short of inseparable since, in part, because the 16-year-old Canucks’ fan was born with autism and limited cranial-facial nerves.

Kendall takes on casual hours at the Langley Memorial Hospital as a nursing unit assistant to accommodate all the time she spends caring for her son.

“The renovation is something she just couldn’t have done on her own,” Dauncey expressed.

“After seeing this, I’m definitely gonna help out next year,” Francis announced.

Initially, the AOK work crew was setback by asbestos in the old home’s drywall. Because to this, there were limitations when it came to considerable structural changes inside the home, Dauncey said.

The team pressed on, utilizing special masks and other tools, still able to completely transform both the interior and exterior of the Aldergrove house.

In the backyard a deck was built to allow the Kendalls to enjoy their large lawn, BBQ smoker, various garden areas and reinforced rustic shed dubbed “Ledell’s place,” according to wall signage.

“Mom, we can have a party out here!” Francis screamed in excitement.

When asked about the outcome of the past two weeks, Pastor Dauncey admitted he was just “glad [they] found the right person” for the repairs.

“You have a brand new start Ledell,” he said to the mom nearing the end of the unveiling, “You’re new now.” 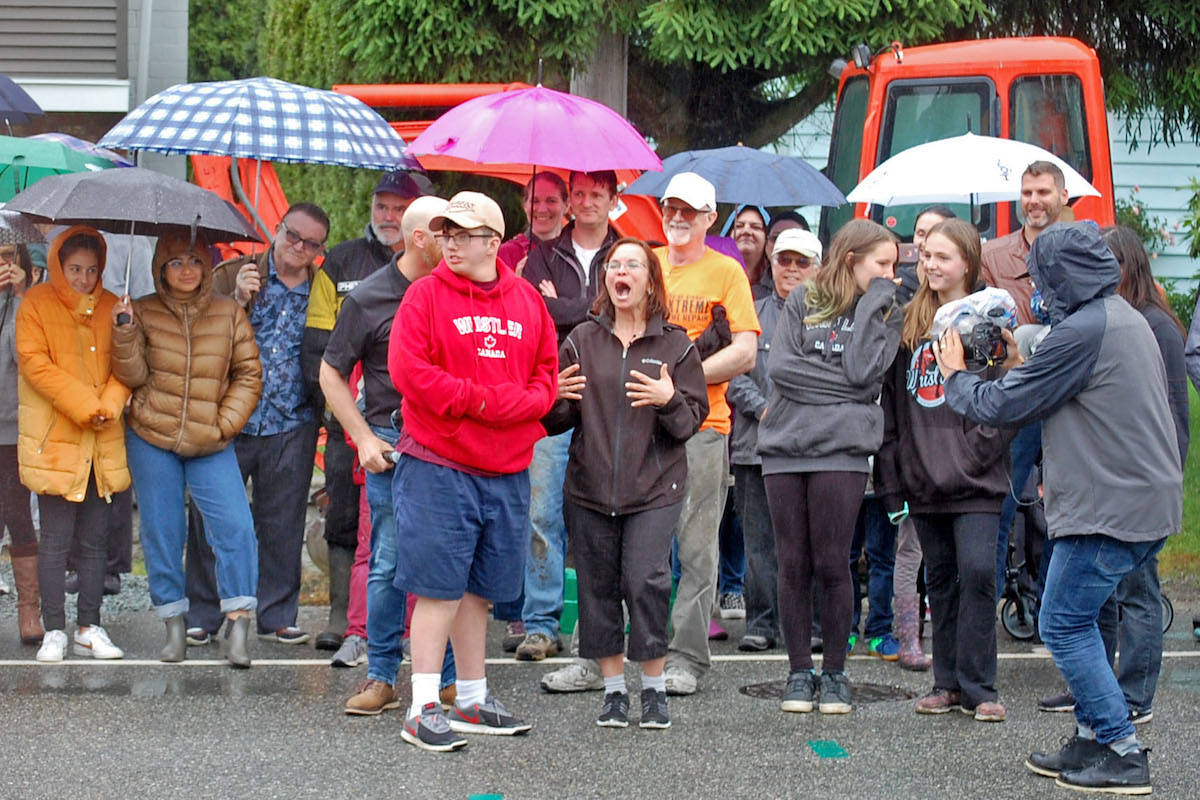 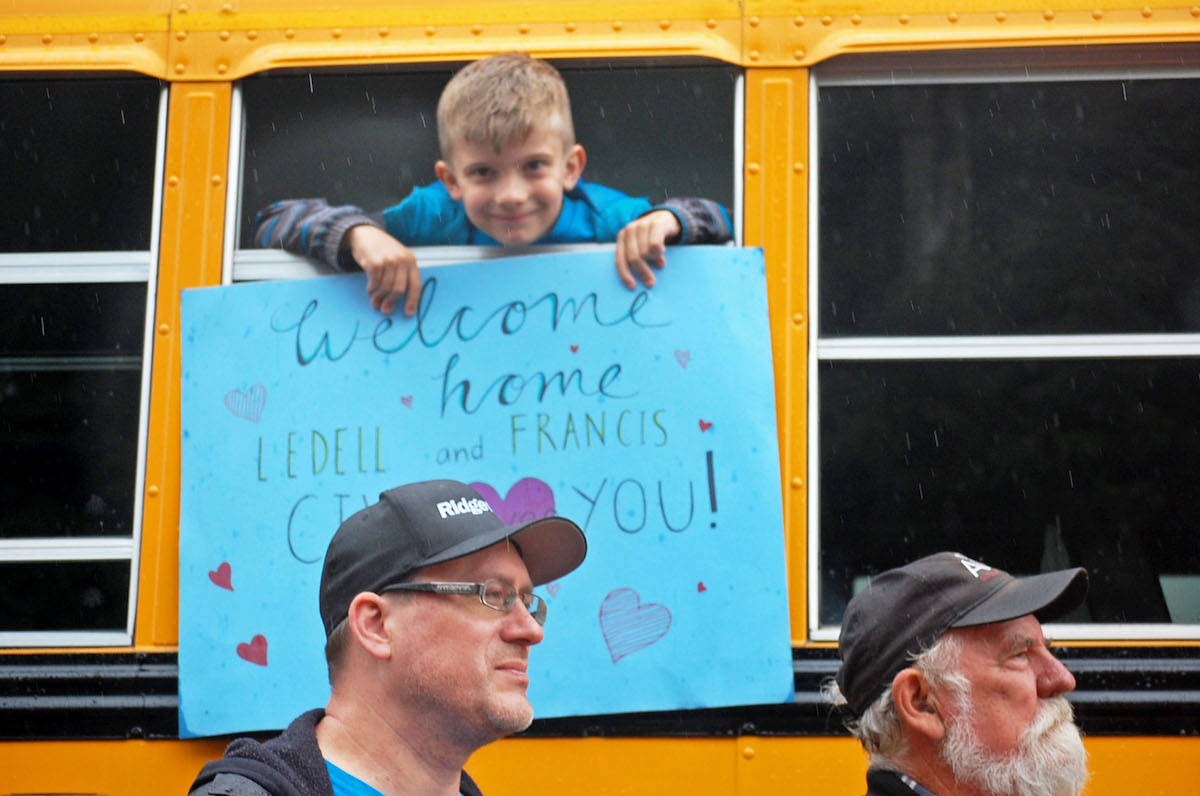 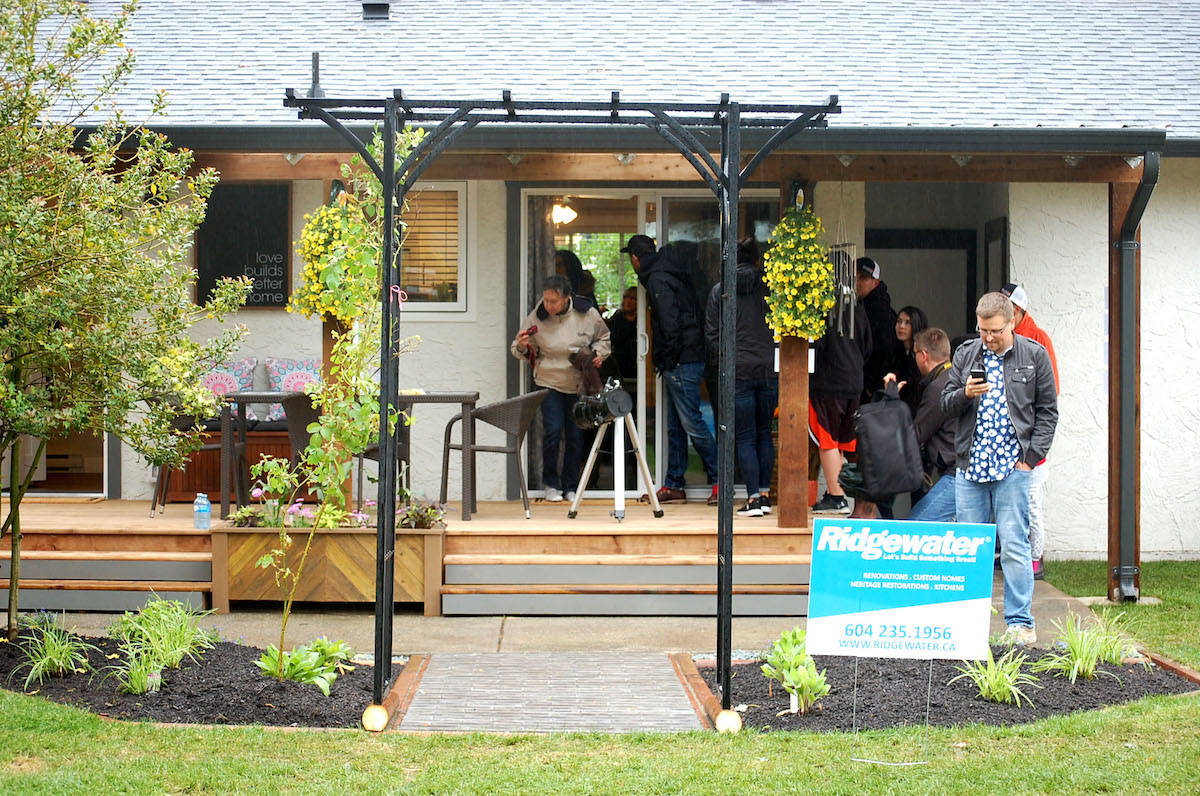 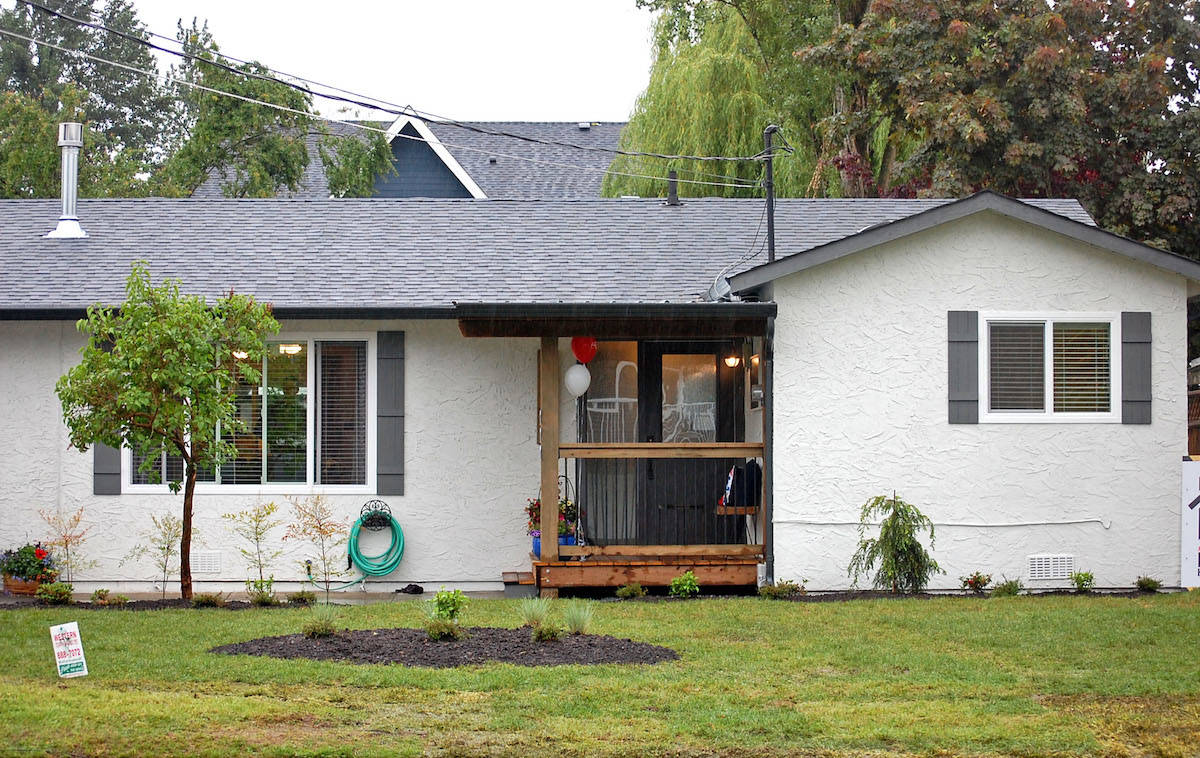 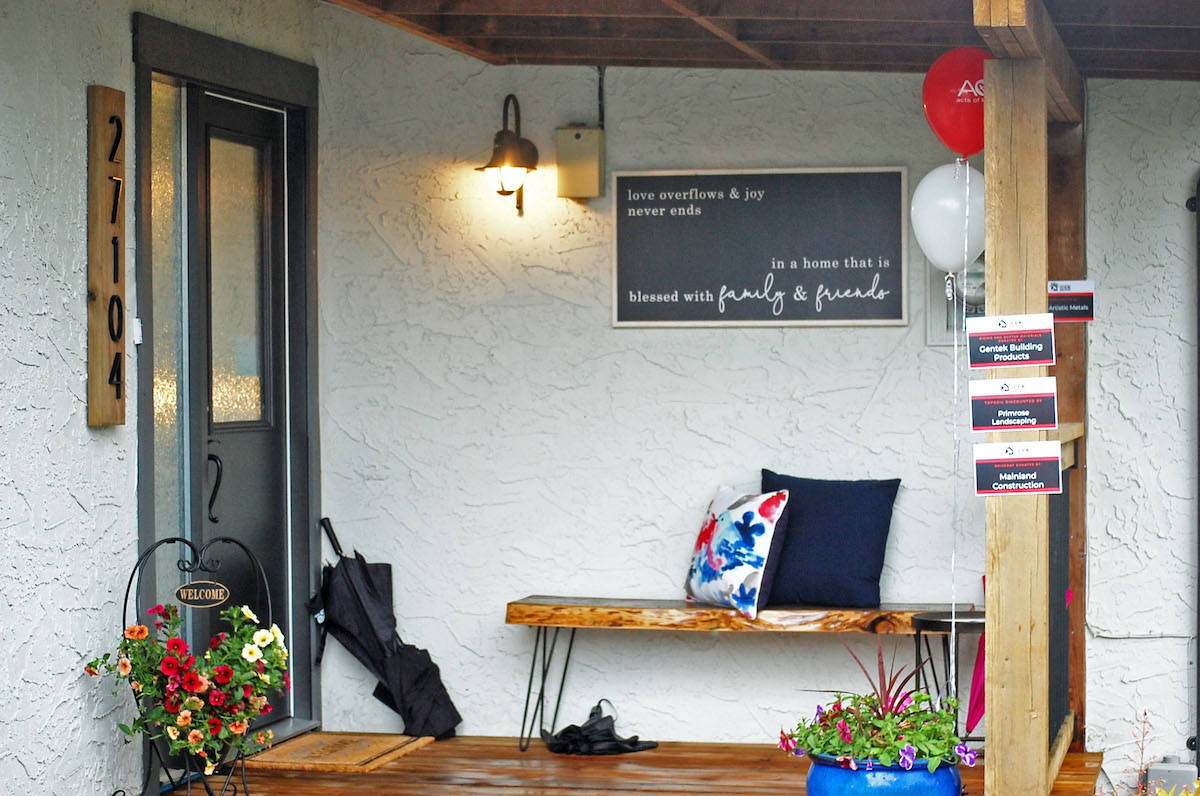 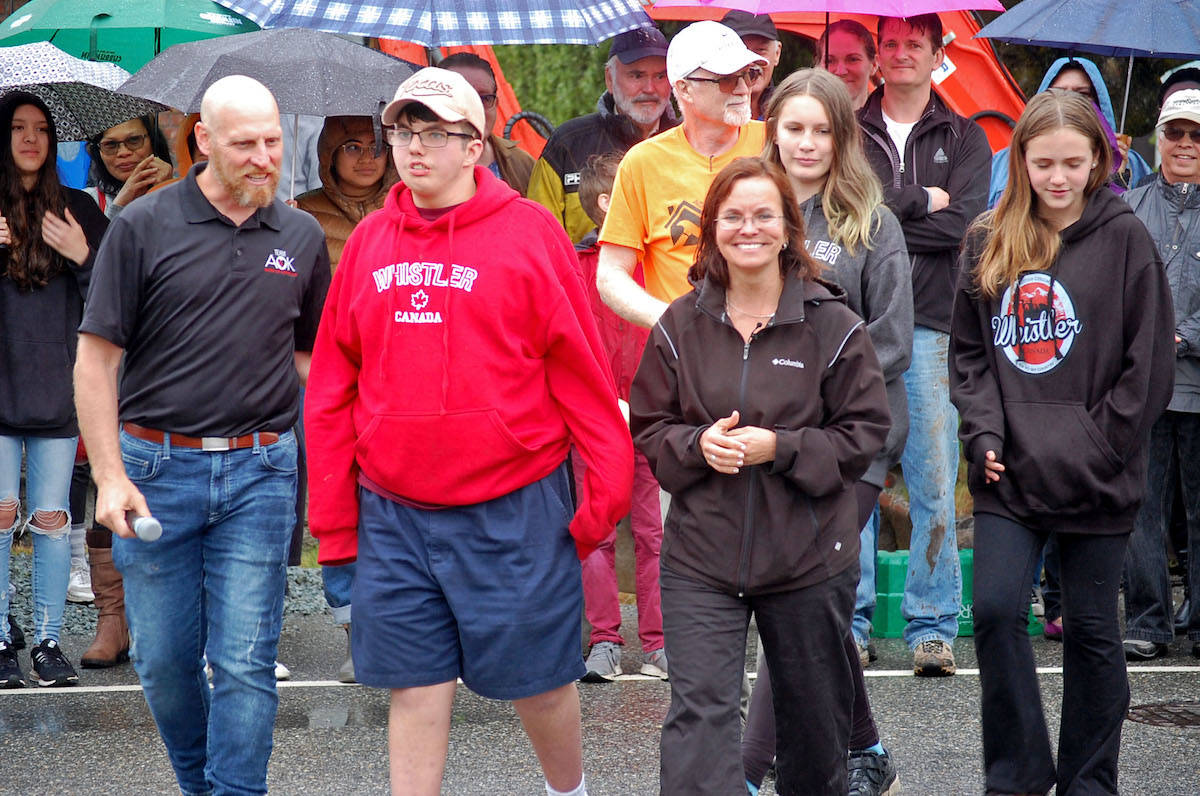 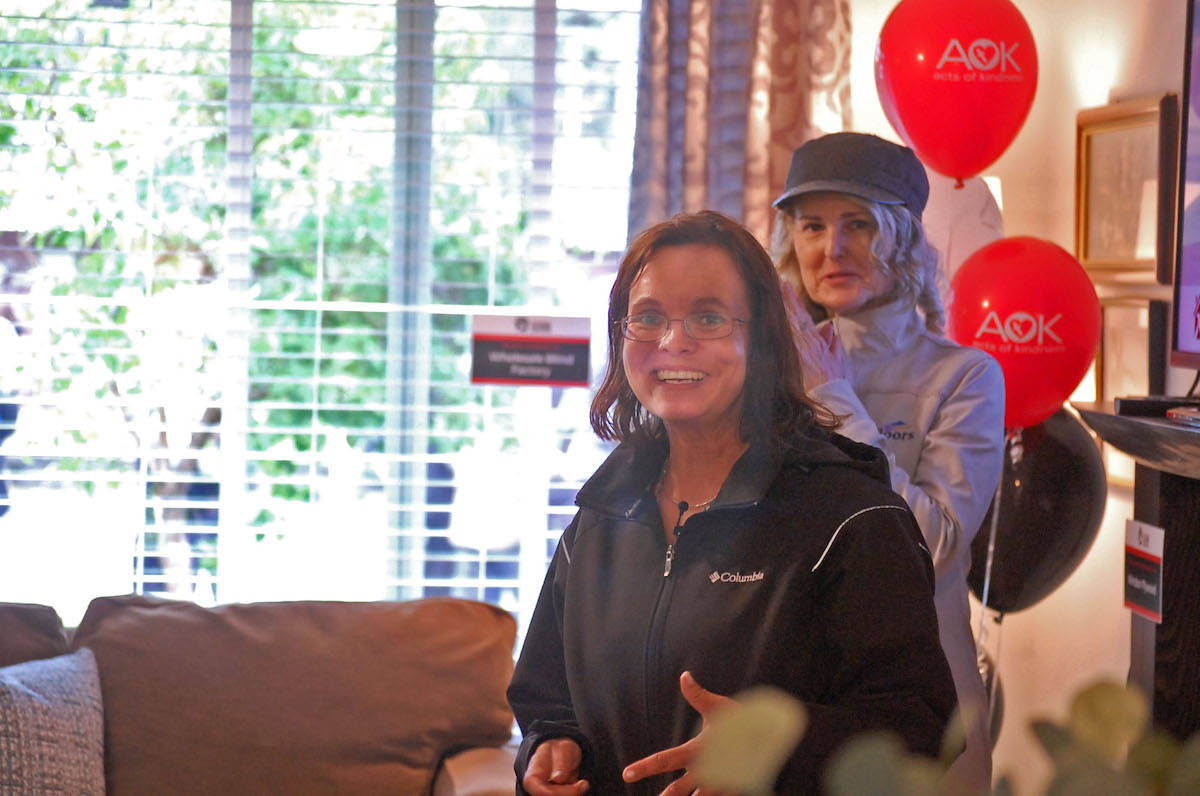 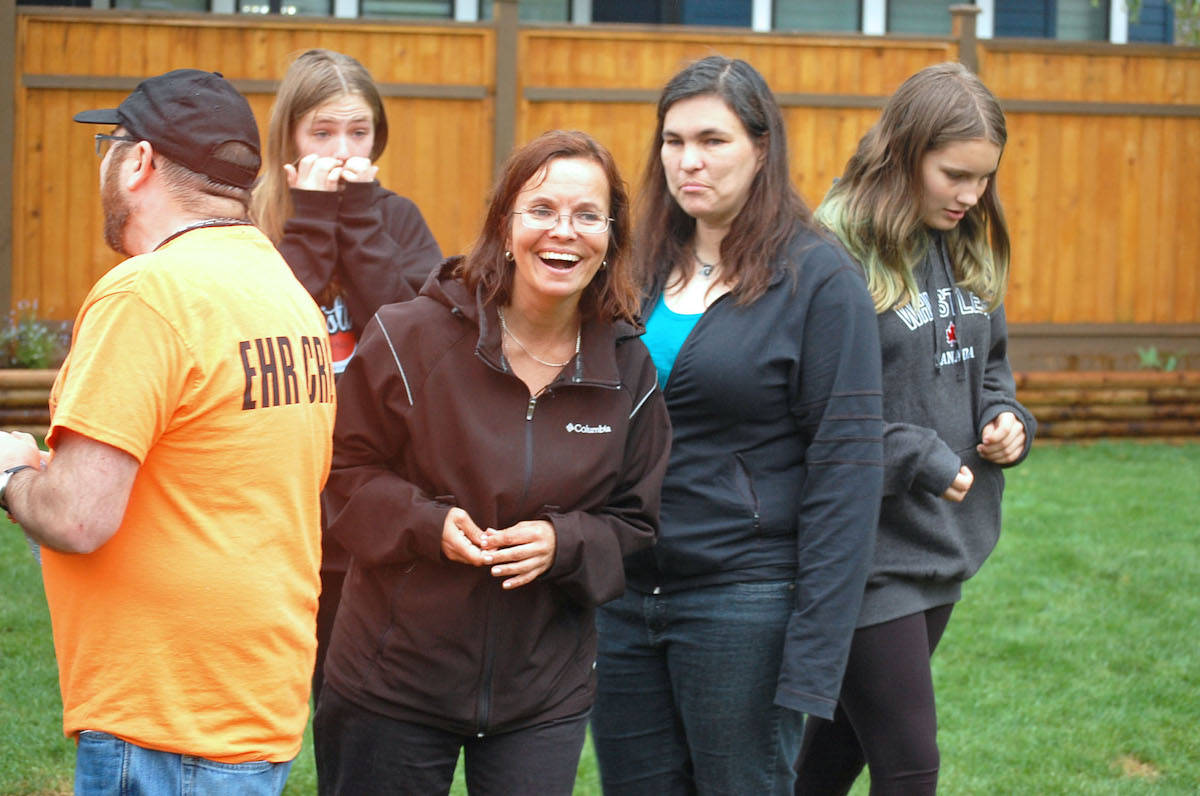 Electric cars are 80% cheaper to fuel than gas vehicles: BC Hydro

VIDEO: Man nearly run over by his own SUV at B.C. boat launch