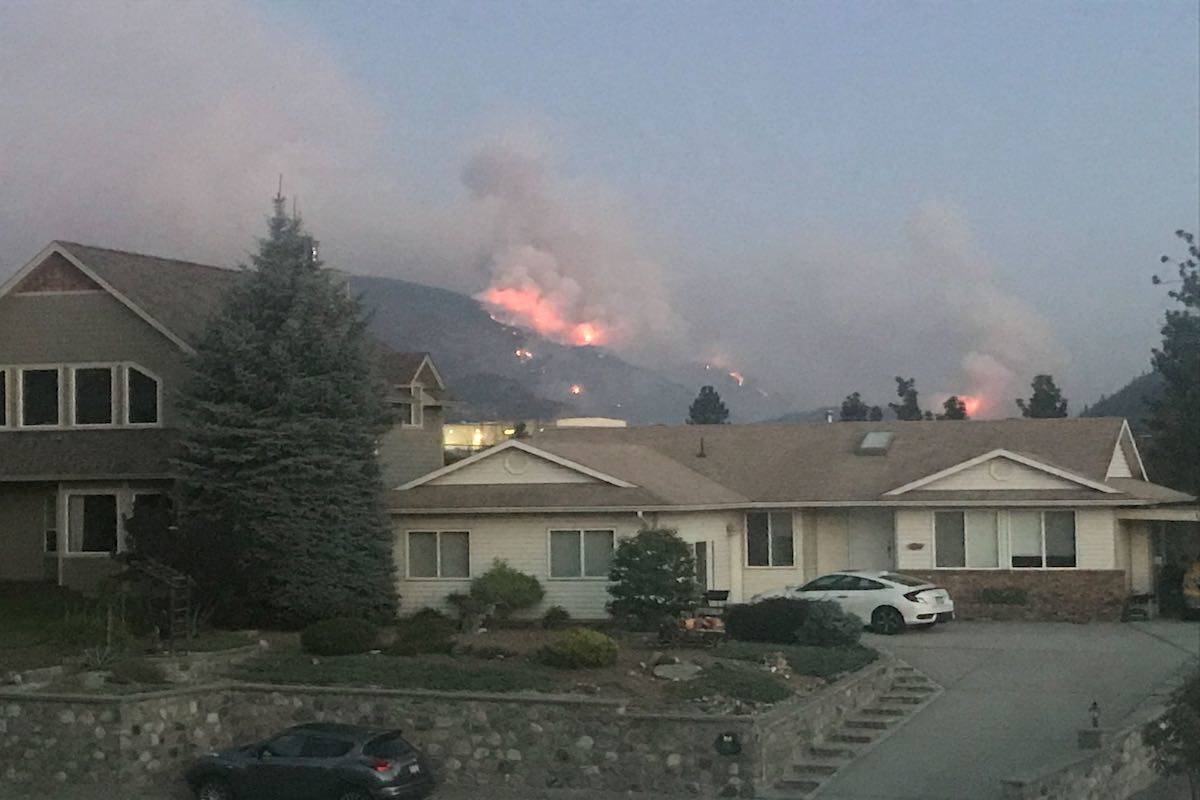 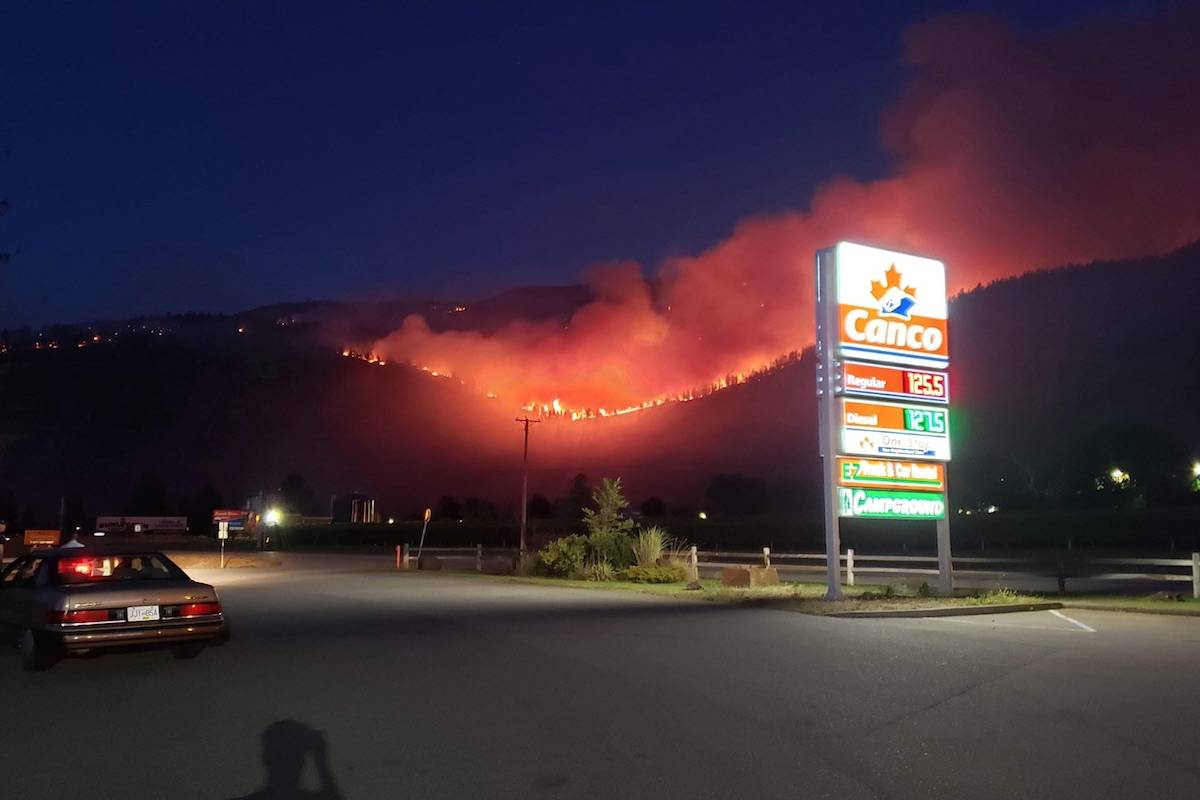 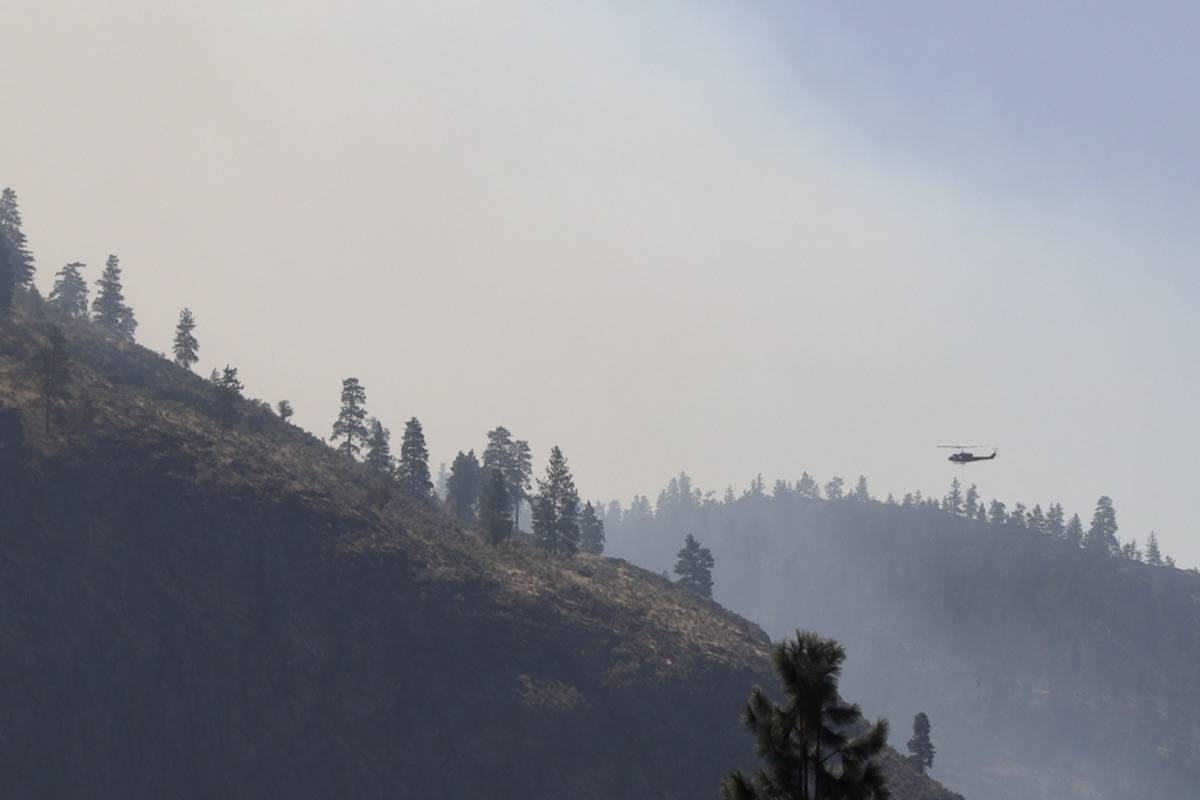 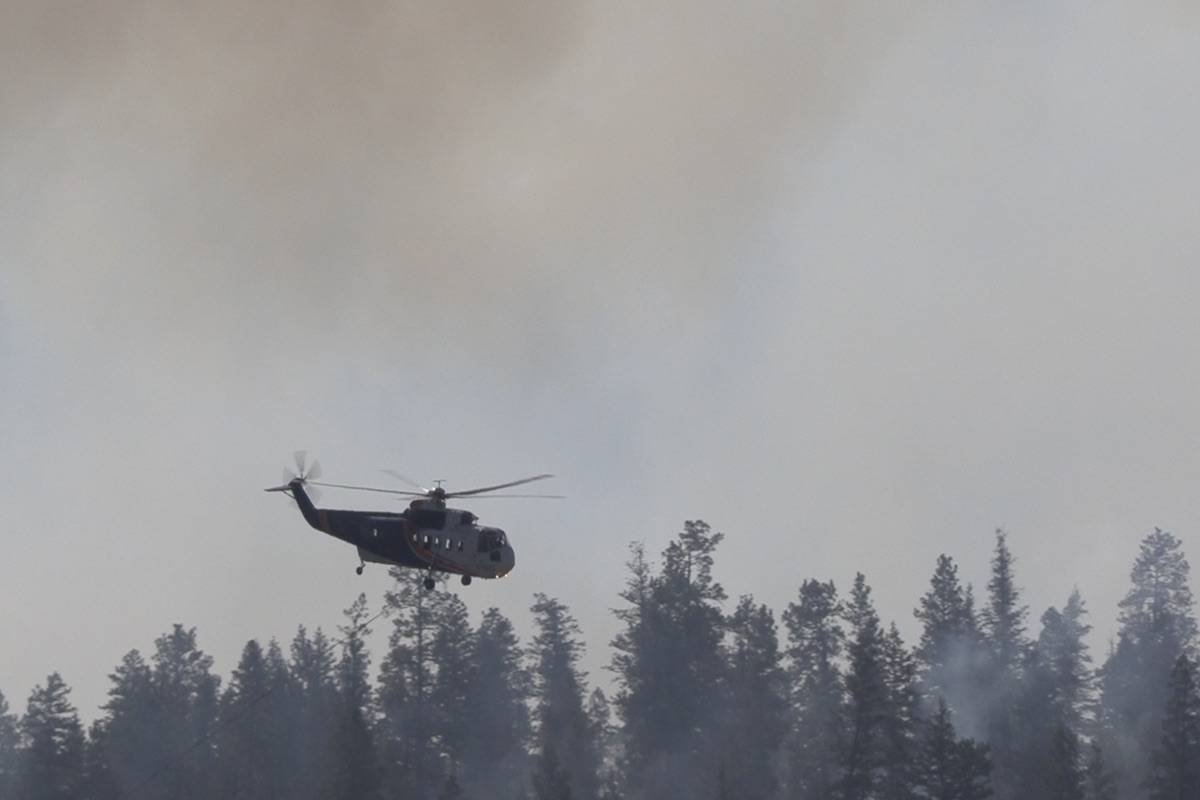 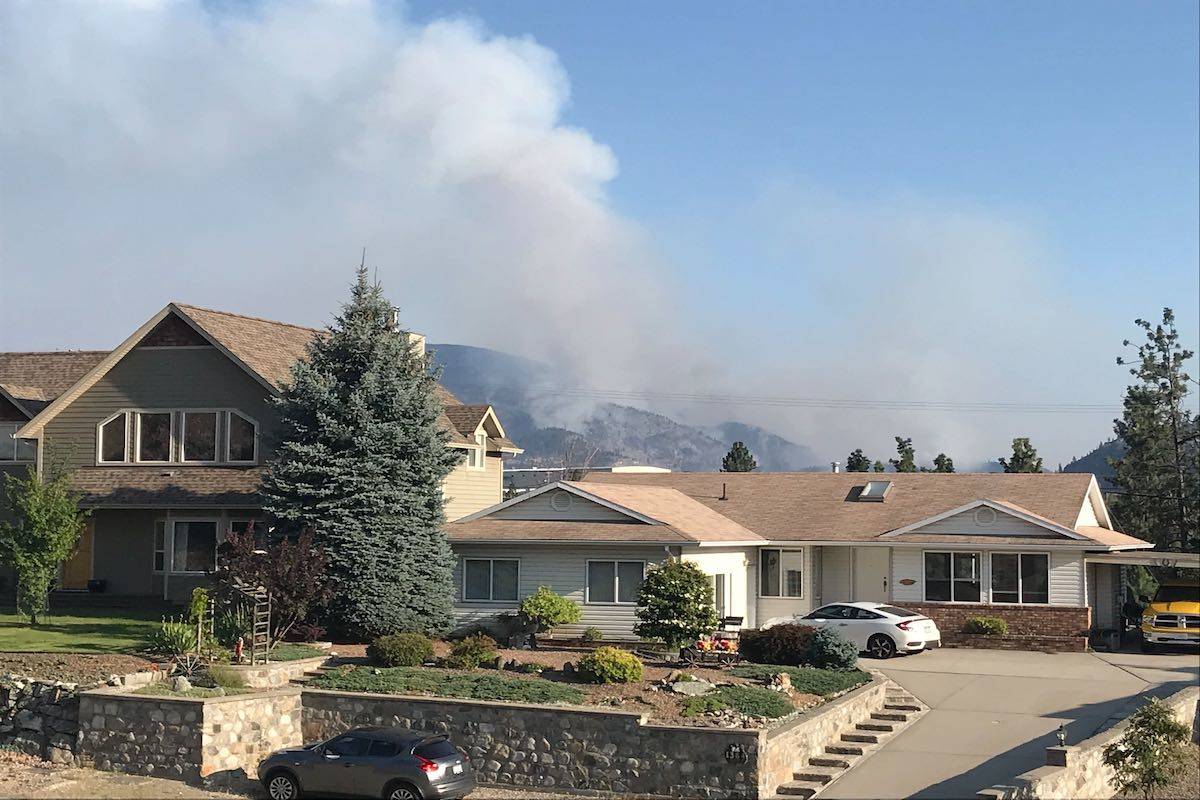 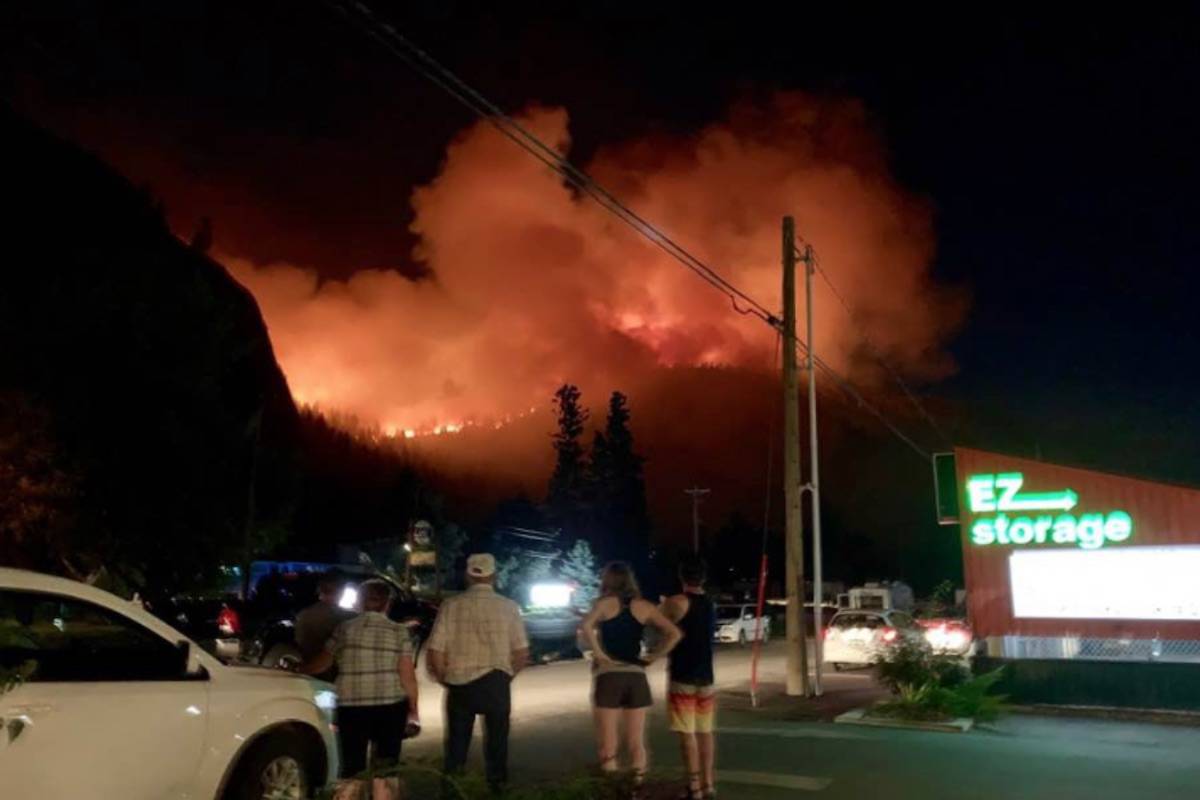 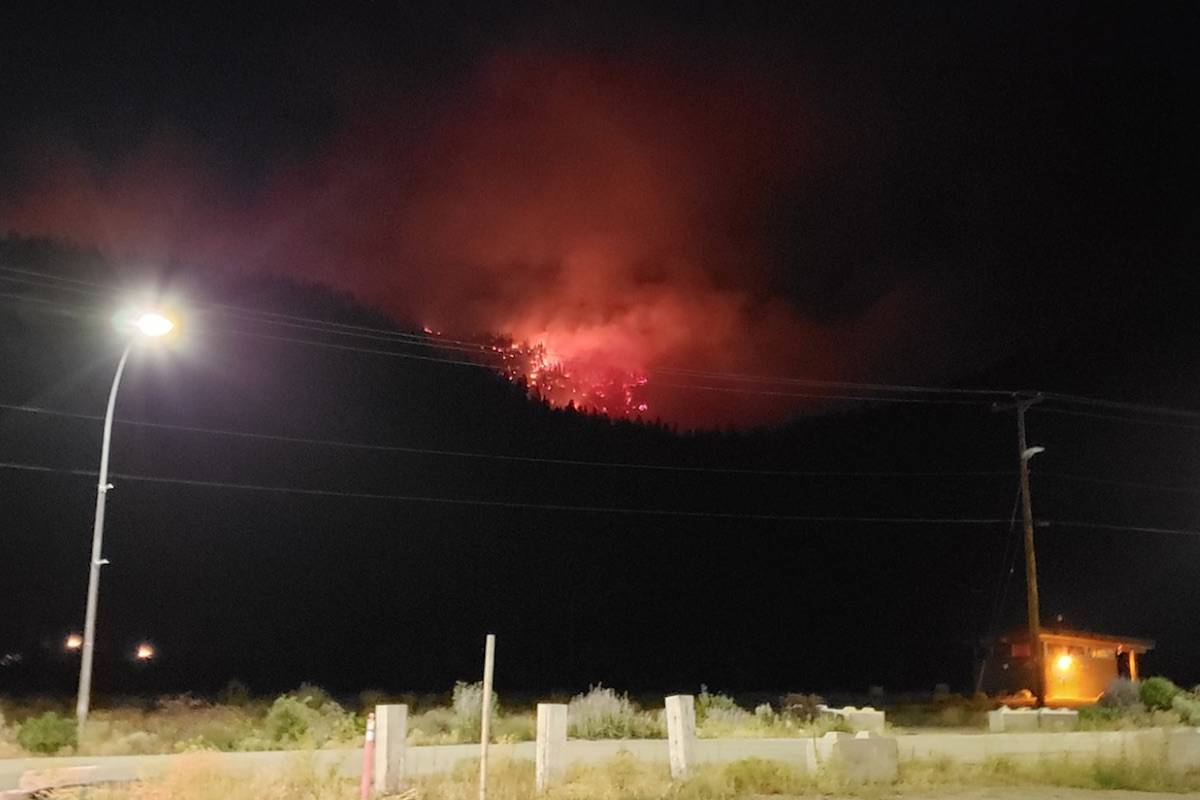 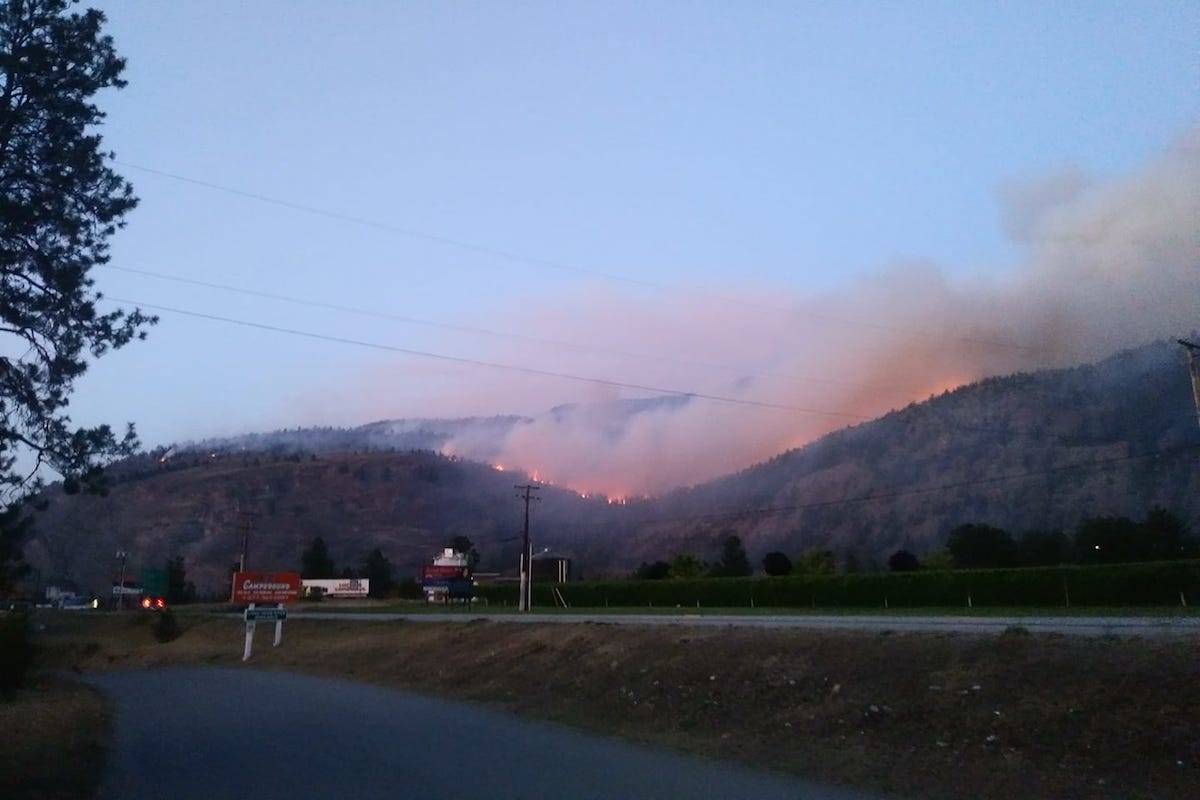 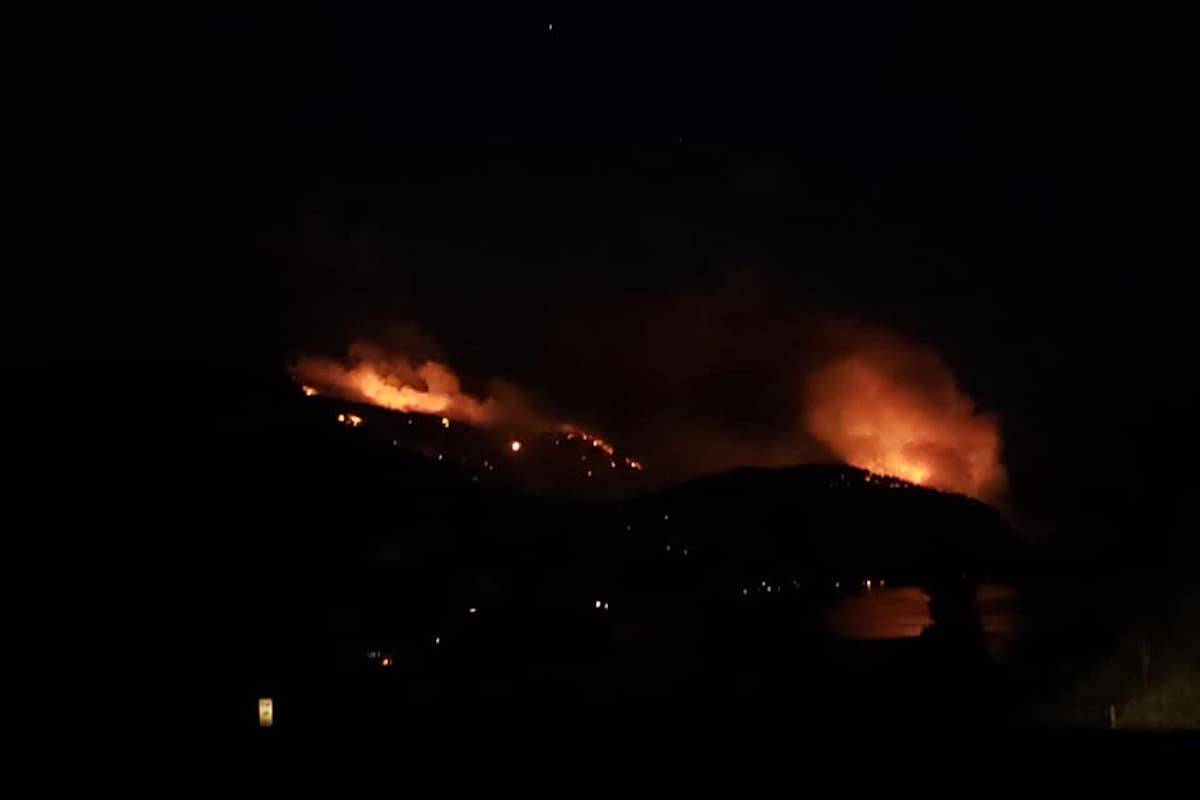 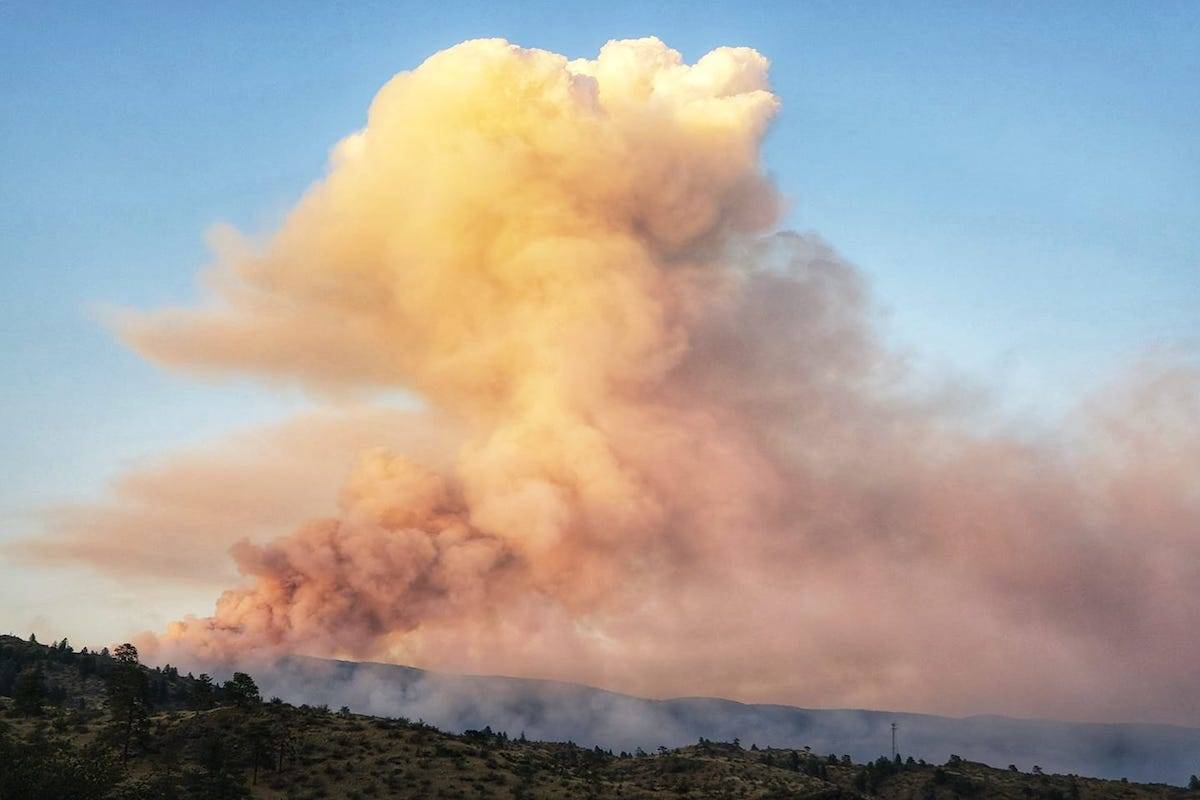 The Eagle Bluff blaze has now grown to 600 hectares according to BC Wildfire.

A sustained 24-hour response will continue and personnel will work through the night to monitor fire growth.

The current weather and cooler temperatures have slowed fire growth and pushed flames back onto itself.

For those living along the south end of Gallagher Lake, BC Wildfire is cautioning that there could be a controlled burn to remove combustible fuels between the community and the fire permitter if the blaze begins to advance downslope.

An evacuation alert remains in place.

BC Wildfire does not expect another update for Tuesday evening unless there is a change throughout the night.

The Eagle Bluff wildfire has grown to 480 hectares.

BC Wildfire Service says the fire spread because of the terrain that the wildfire is burning in and extreme conditions in the area.

The fire is moving upslope away from communities but is expected to spread overnight.

“Growth will bring the fire into a more workable and safe terrain for resources on site,” stated BC Wildfire Services.

UPDATE: The #EagleBluff wildfire is now ~480 ha. Growth is attributed to the extreme conditions on site & the terrain that the wildfire is burning in. Topography in this area is steep & rocky, making some areas within the fire unsafe for crews & heavy equipment #BCWildfire (1/2) pic.twitter.com/NeAUS7TOoB

The fire is anticipated to continue to grow as the fire moves upslope away from communities. Growth will bring the fire into more workable & safe terrain for resources on site. #BCWildfire #EagleBluff More information here: https://t.co/lcp78UXToS (2/2)

BC Wildfire Service has been on site with over 100 ground crew and eight helicopters and water bombers fighting the Eagle Bluff wildfire north of Oliver, which is currently estimated at 280 hectares in size.

BC Wildfire information officer Taylor Macdonald said the wildfire is still characterized as out of control and surrounding residential areas are still under an evacuation alert.

Macdonald said there hasn’t been any damage to structures and fire retardants are in place to help contain the fire from spreading towards campgrounds or homes in the Gallagher Lake area.

A camper staying at Pine Bluff Motel said Monday night pinched some nerves as flames could be seen descending down the mountain toward the campground.

“It was a little nerve wracking last night when we were sitting around the campsite and saw heavy smoke and flames spreading down the mountain, but by this morning (Monday) it was just heavy smoke and BC Wildfire Service has been great with keeping us informed about the status of the wildfire,” camper Ronald Shaw said.

The manager of Gallagher Lake Resort says there have been some cancellations due to the evacuation alert, but most campers are staying and have been informed on how to proceed if the RV park is evacuated.

“We have had to give some refunds, but I have been doing checks and making sure the fire isn’t heading down the mountain. It seems to be moving away from the resort and BC Wildfire has been coming around and explaining the situation to campers and that if the site is evacuated they will have 15 minutes to grab their things and leave the premises,” resort manager Jamie Cox said.

At this time, the wildfire is considered out of control, ground and aircrews will remain on scene into Tuesday evening.

Black Press Media will have more details as they are made available to us.

B.C. geologist one of two killed in Yukon plane crash

Man arrested after multiple collisions along Highway 99 in Richmond